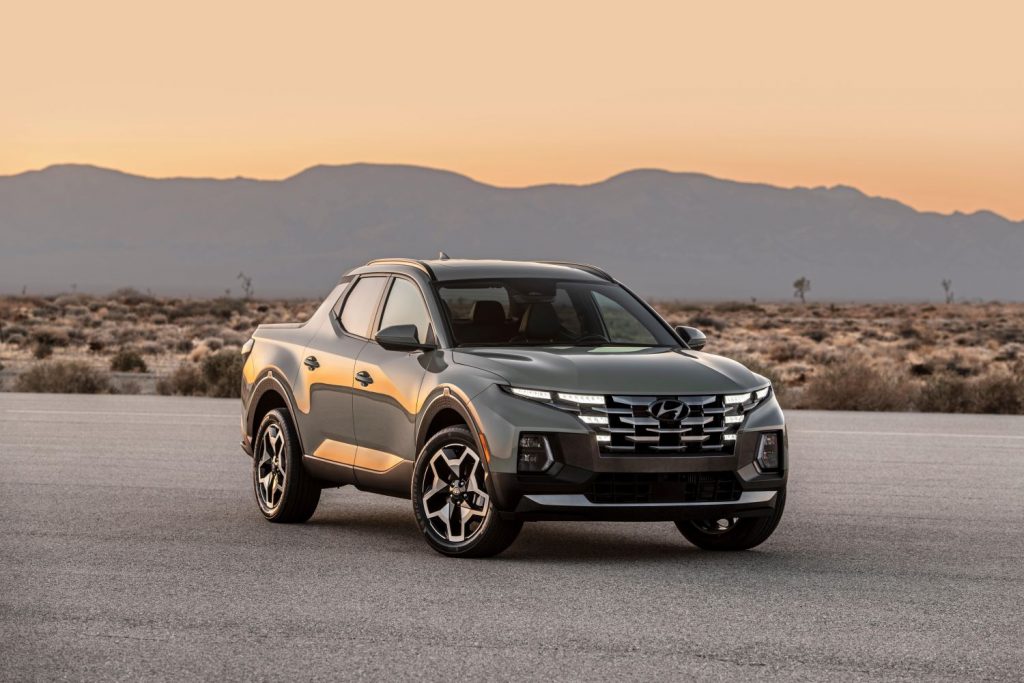 When the 2022 Ford Maverick was revealed earlier this morning, the most surprising thing about the new compact pickup (other than its low price tag) was its excellent 40 miles-per-gallon EPA estimated fuel economy rating. This is truly an amazing number for a truck of any kind, hybrid or not. However, the same cannot be said for the Maverick’s recently-revealed rival – the 2022 Hyundai Santa Cruz, which is a huge disappointment in that regard. 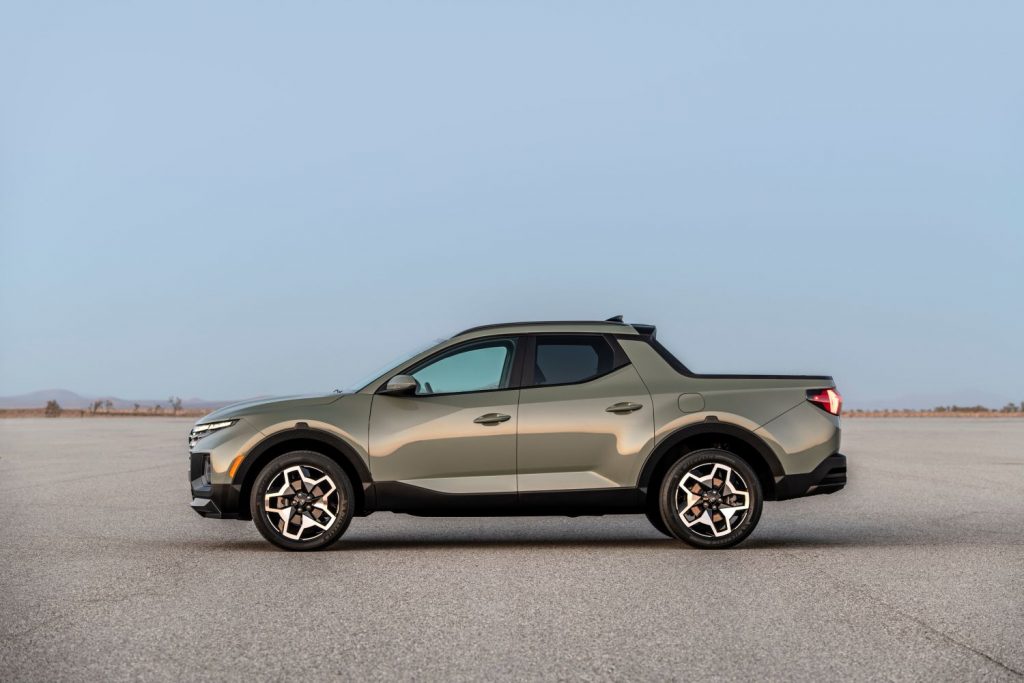 The Hyundai Santa Cruz is available in both front- and all-wheel-drive configurations, just like the Maverick, as well as with two different 2.5L I-4 powerplants – one naturally-aspirated engine, and one with a turbocharger. The N/A mill is targeted to produce 190+ horsepower and 180+ pound-feet of torque, while the turbocharged motor is expected to make 275+ horsepower and 310+ pound-feet of torque.

Both are mated to an eight-speed automatic transmission, also just like the Maverick. However, the “Sports Adventure Vehicle,” as Hyundai calls it, offers up fuel economy that’s closer to the mid-size Ford Ranger than the compact pickup that it really is. 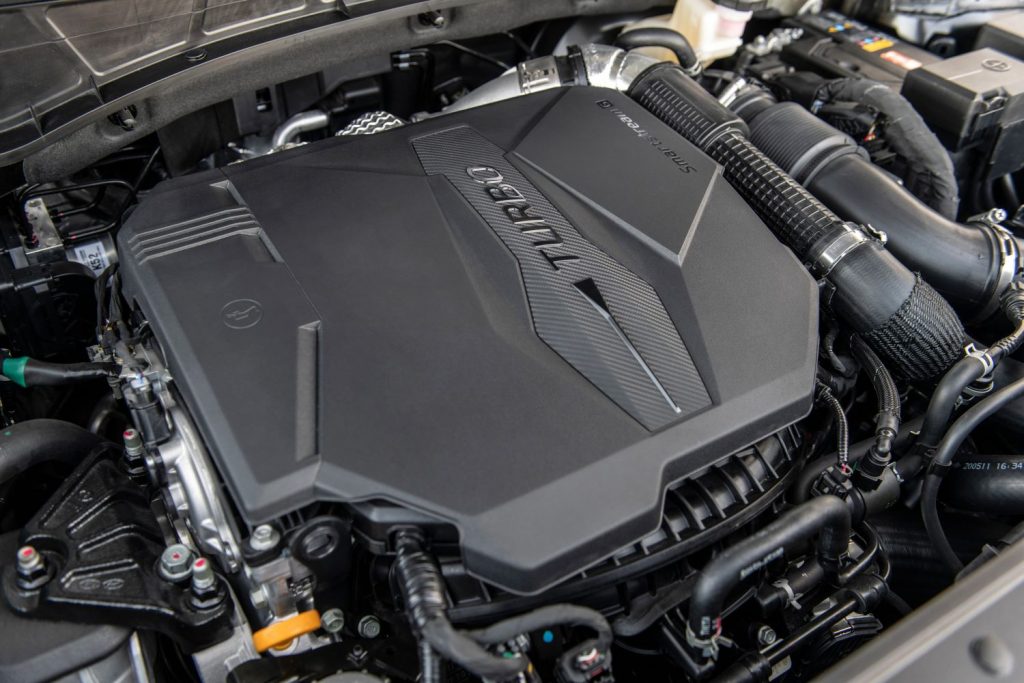 The AWD turbocharged Hyundai Santa Cruz returns a mere 19 miles-per-gallon in the city, 27 on the highway, and 22 combined. The FWD non-turbo model is slightly better, with EPA ratings of 21/26/23, while the AWD non-turbo is rated at 21/27/23. For reference, the much larger Ranger, which is powered by Ford’s 2.3L EcoBoost I-4 that makes 270 horsepower and 310 pound-feet of torque, is rated at 21/26/23 miles-per-gallon city/highway/combined.

Meanwhile, Ford says that the base Maverick, which is powered by the automaker’s 2.5L Atkinson cycle four-cylinder hybrid drivetrain, is rated to produce 191 (total system) horsepower and 155 pound-feet of torque and has an EPA-estimated targeted fuel economy of 40 miles-per-gallon in the city. That’s a truly eye-opening difference, particularly for those cross-shopping these two models. 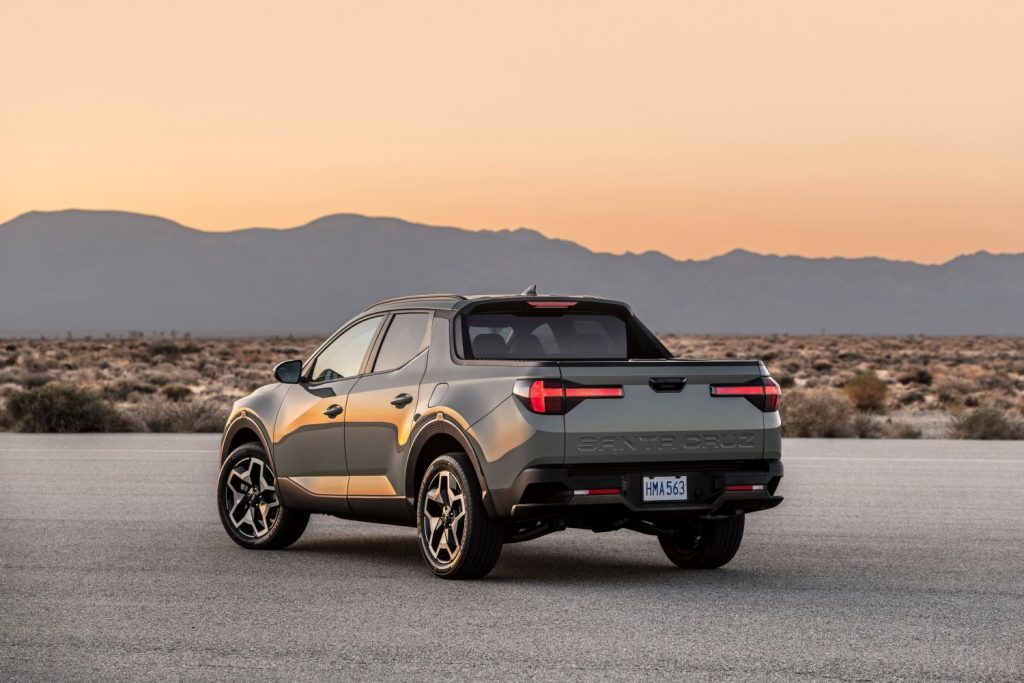 It’s also worth noting that the Maverick’s final EPA ratings are likely to be accurate as well, though some tend to change dramatically. The automaker has been on the money with its predictions in recent months, including its projected figures for the 2021 Ford Mustang Mach-E, which was spot on for most models and even a bit underrated for others.

We’ll have more on the Maverick and its competition soon, so be sure and subscribe to Ford Authority for more Ford Maverick news and 24/7 Ford news coverage.