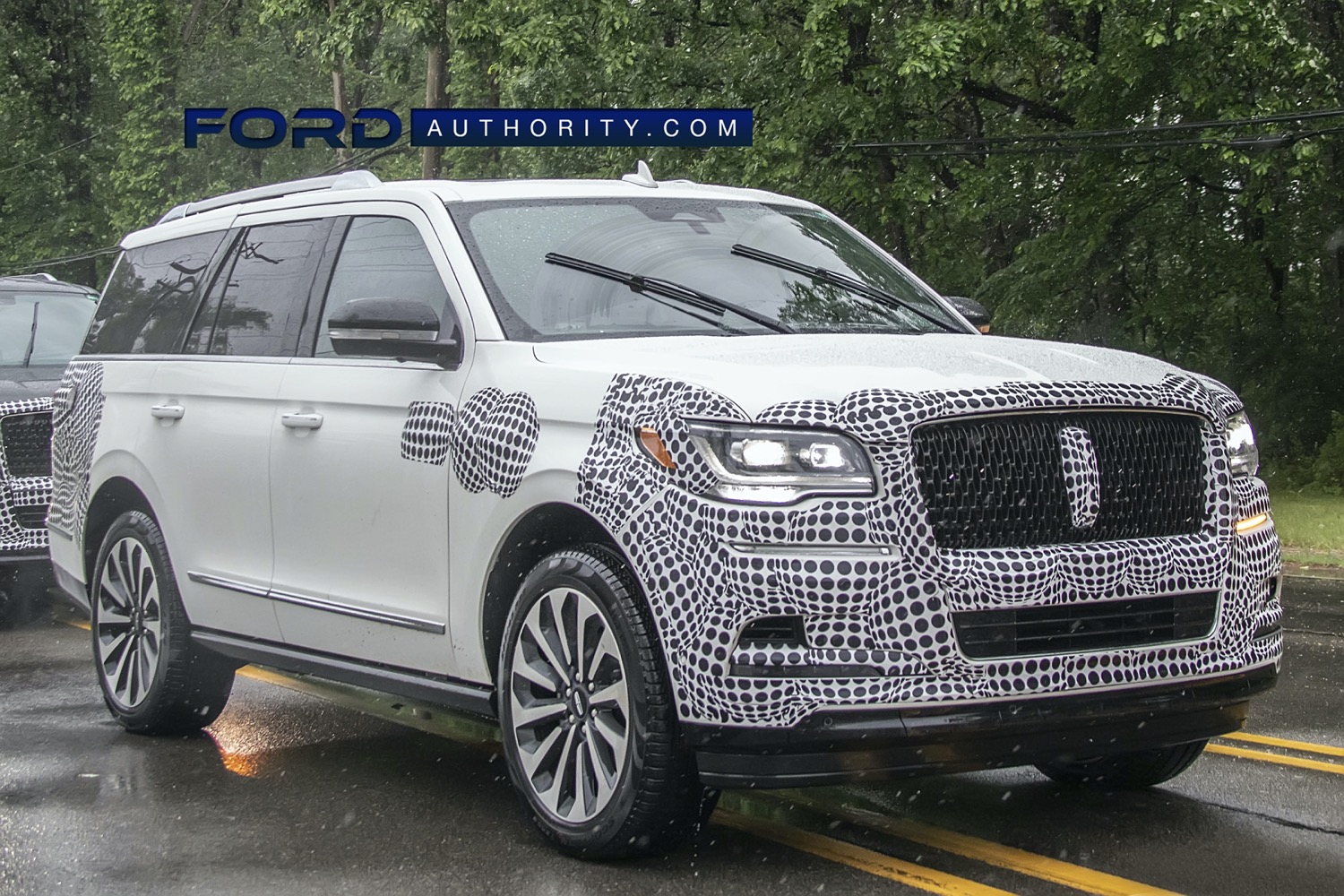 Last fall, Ford Authority spied a 2022 Lincoln Navigator prototype for the very first time, but that model was wearing heavy camouflage. Since then, we’ve spotted the refreshed SUV testing alongside a last-gen Cadillac Escalade, gotten an up-close look at its new infotainment screen and interior, and spied a base/Standard trim prototype driving around. Now, we have some new photos that show what is believed to be a 2022 Lincoln Navigator Reserve. 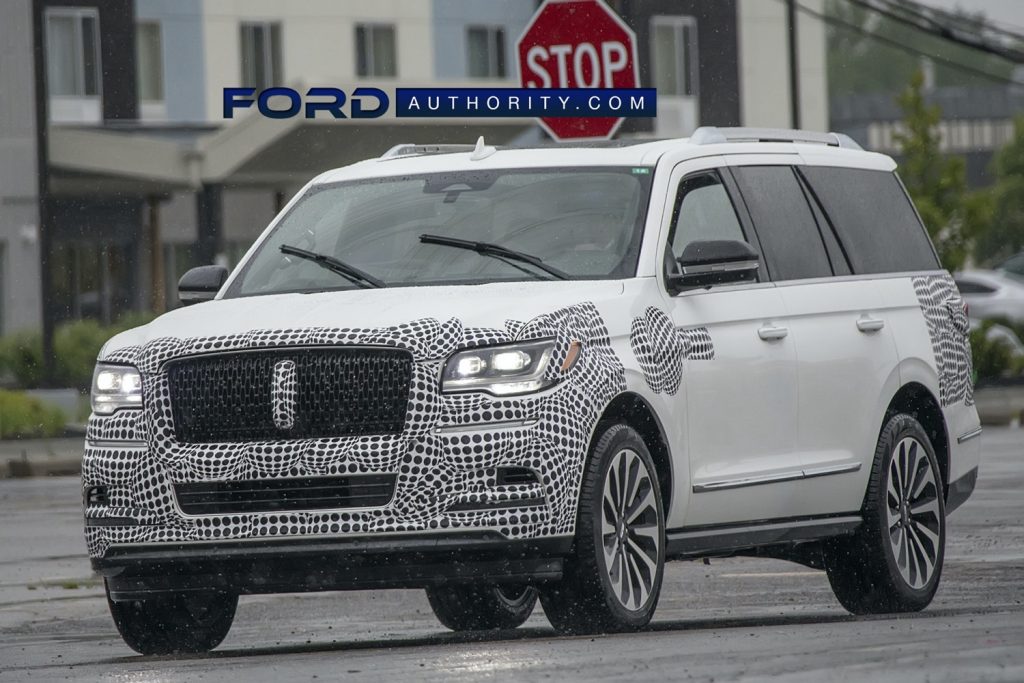 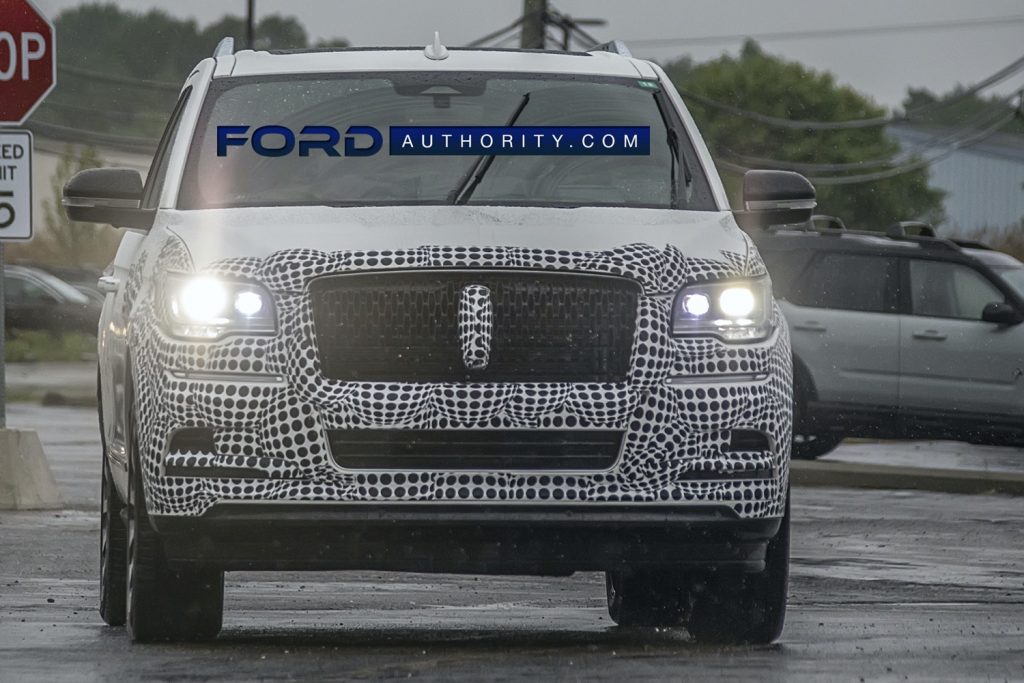 This gives us a good look at the 2022 Navigator’s revised exterior with new front and rear fascias. Inside, the refreshed SUV features a new, large, horizontally-oriented infotainment screen, a feature Ford Authority was the first to report on back in January. 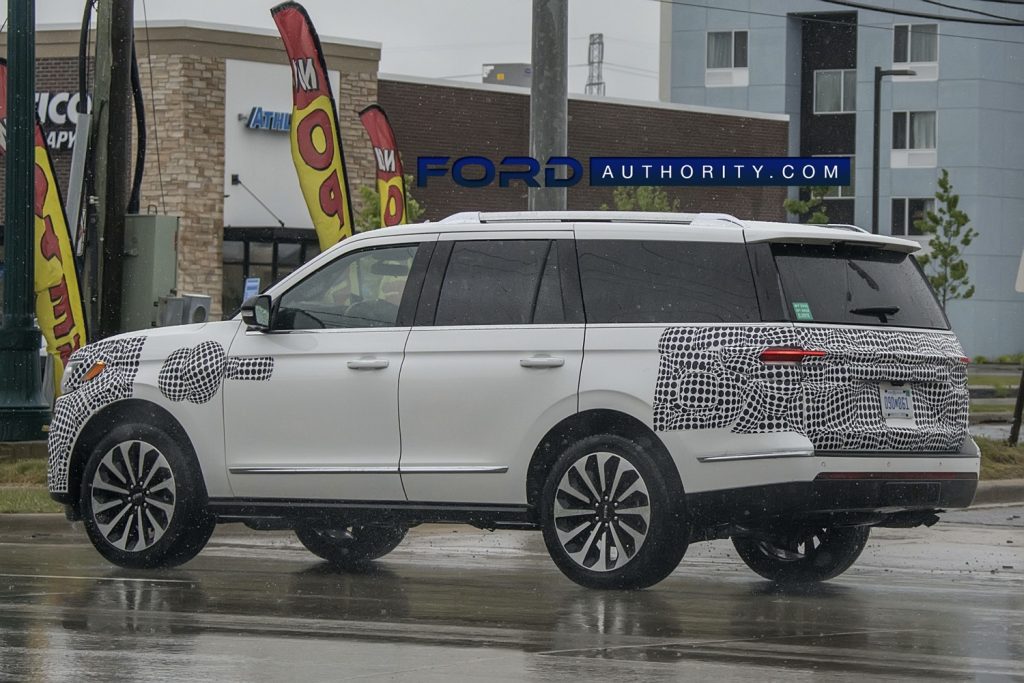 In addition to those updates, the 2022 Navigator is expected to be available with Ford’s new BlueCruise driver-assist feature, or something similar, as Ford Authority exclusively reported recently. 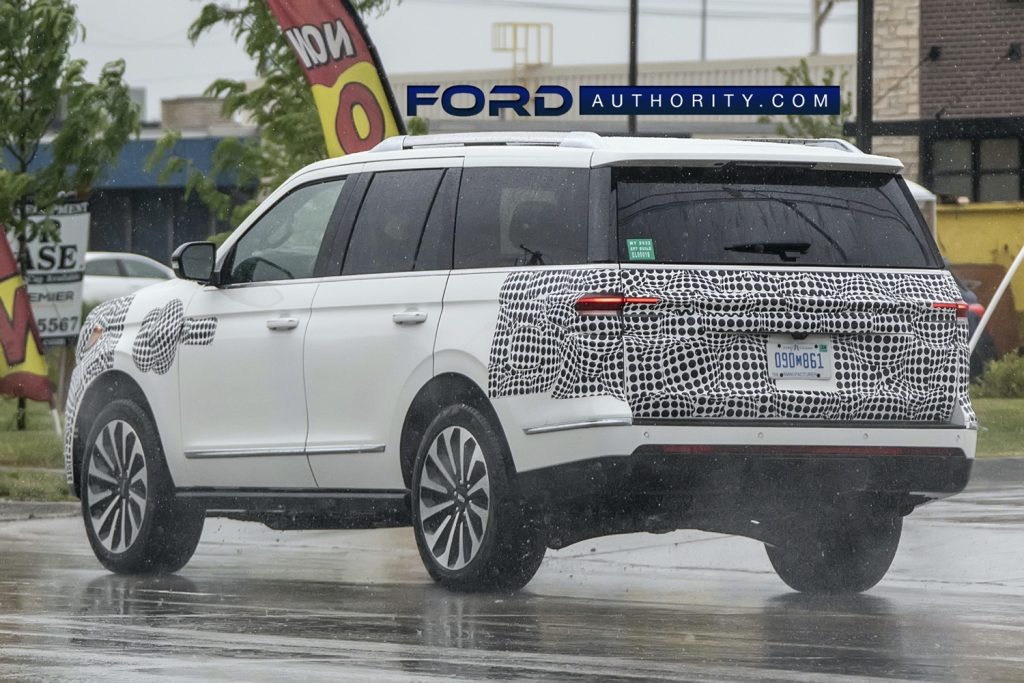 The refreshed SUV is expected to continue to offer Ford’s 3.5L EcoBoost V6 as its standard powerplant, possibly with an increase in output over the 2021 Navigator. The 2022 Navigator is also expected to receive a hybrid powertrain option, most likely the 3.5L PowerBoost V6 that debuted in the 2021 Ford F-150. Both engines will be mated to Ford’s 10-speed automatic transmission. 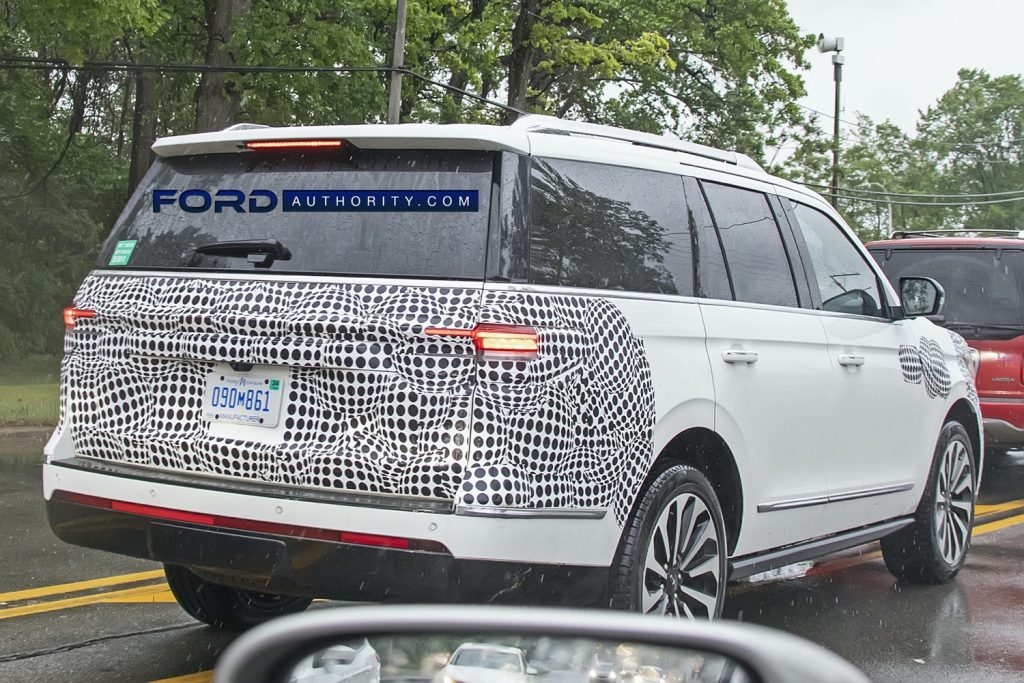 The 2022 Lincoln Navigator will continue to be produced at the Ford Kentucky Truck Plant alongside the Ford Expedition and Ford Super Duty. We expect the updated model to be revealed this summer and to launch in the second half of 2021 as a 2022 model.

We’ll have much more on the 2022 Navigator soon, so be sure and subscribe to Ford Authority for more Lincoln news, Lincoln Navigator news, and ongoing Ford news coverage.