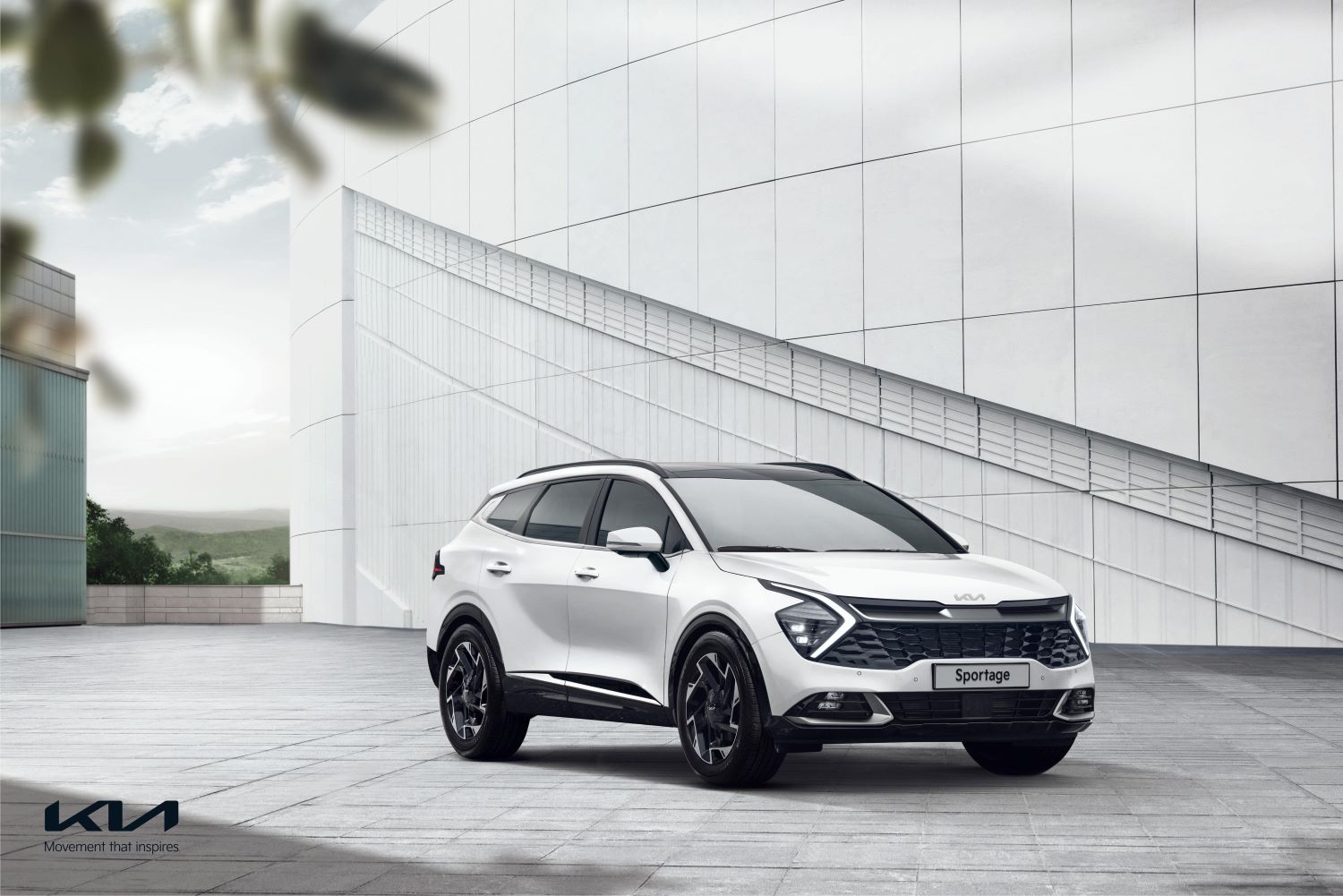 Last September, Hyundai revealed the all-new fourth-generation 2021 Hyundai Tucson, a stylish new crossover that will compete directly with the Ford Escape. Now, the Tucson’s sibling – the 2023 Kia Sportage – has also been revealed in its global market form, where it will do battle with the Escape and Kuga, as it’s known in some markets. Like the new Tucson, the 2023 Kia Sportage features dramatic exterior styling, though it differs quite a bit from its Hyundai “twin.” As is all the rage these days, the new Sportage features coupe-like styling, but without utilizing an actual sloping rear roof that eats away at rear cargo room, much like the 2021 Ford Mustang Mach-E. 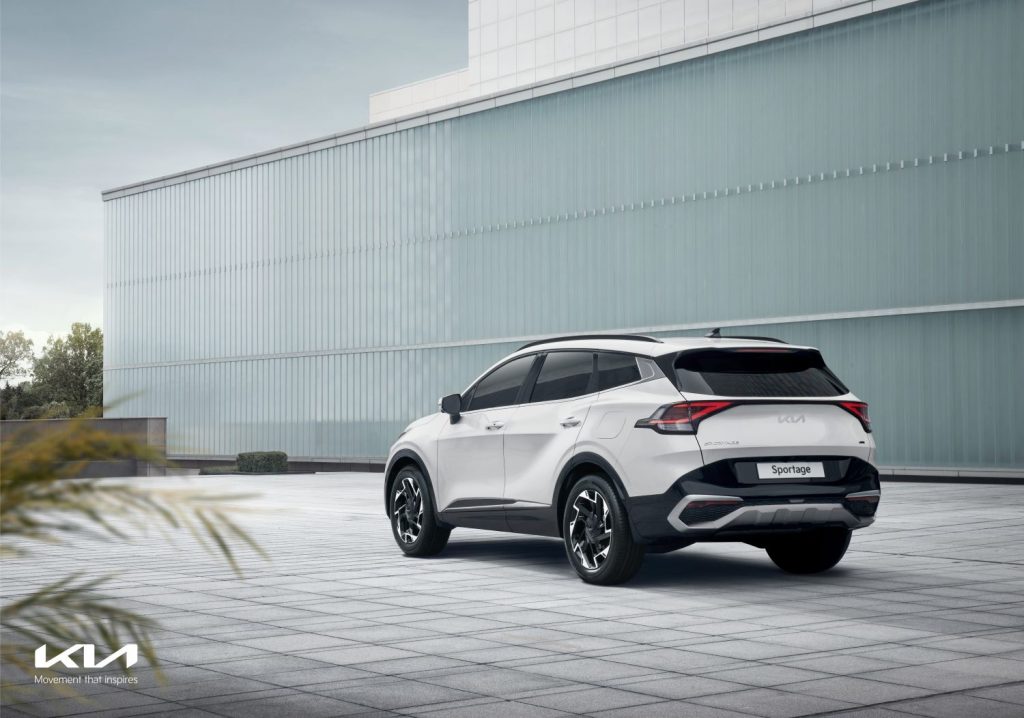 “Reinventing the Sportage gave our talented design teams a tremendous opportunity to do something new; to take inspiration from the recent brand relaunch and introduction of EV6 to inspire customers through modern and innovative SUV design,” said Karim Habib, Senior Vice President and Head of Global Design Center. “With the all-new Sportage, we didn’t simply want to take one step forward but instead move on to a different level in the SUV class.” 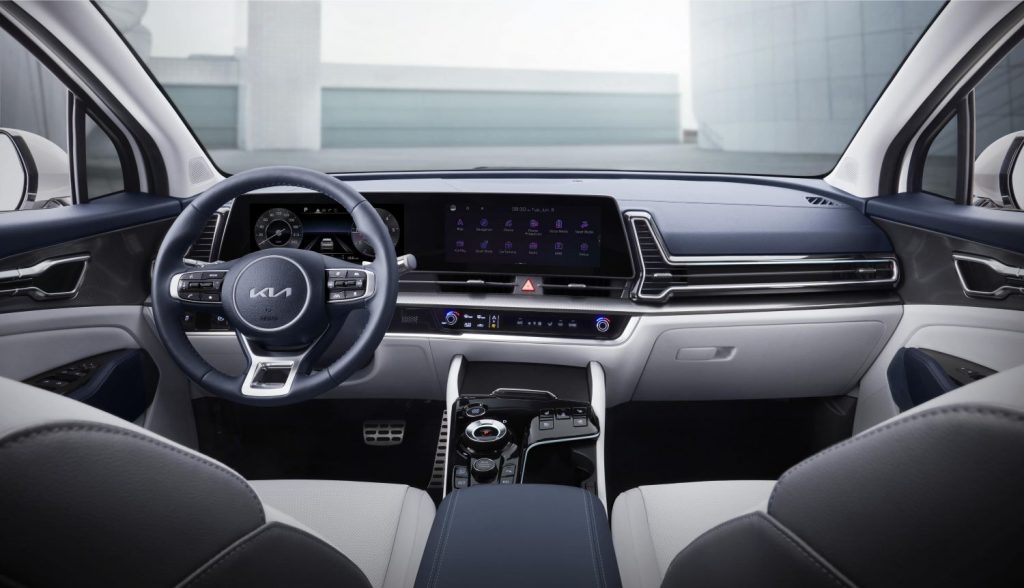 That upscale appearance extends to the Sportage’s interior, which features a digital instrument cluster and large infotainment screen, sculpted air vents, and a shift-by-wire rotary shift knob. The center console features a number of soft-touch physical controls, as well as storage space. Meanwhile, slim-shell seats are designed to provide comfort without taking up too much space. The back of the headrests also feature integrated “hangers” for things like bags and clothing. 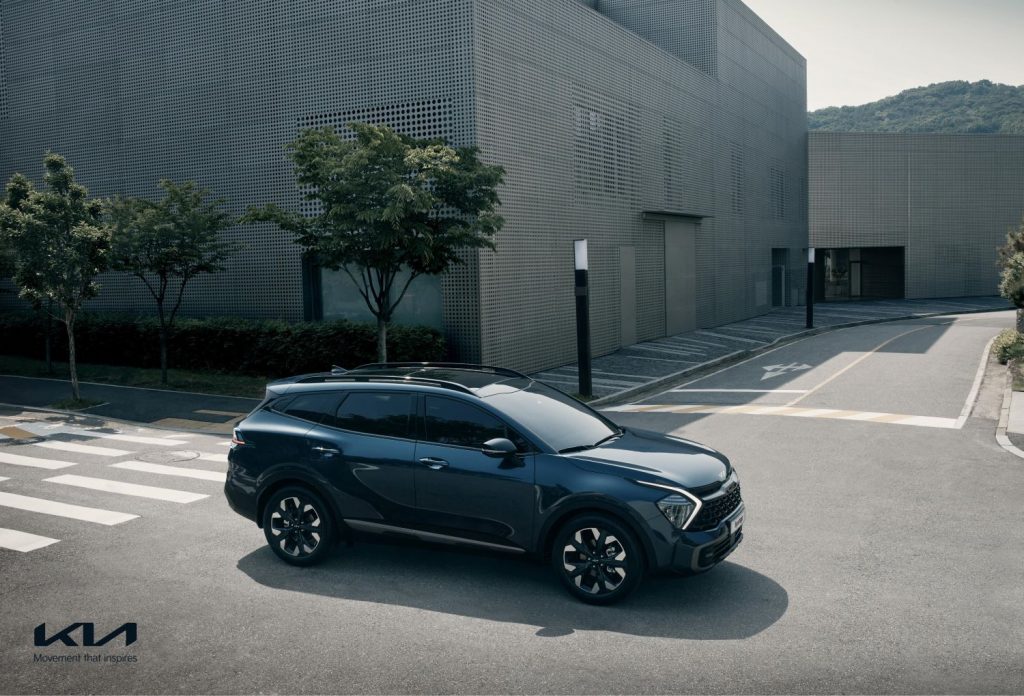 Kia stopped short of revealing any mechanical details about the 2023 Sportage, however. In the U.S. at least, it’s possible that the Sportage utilizes the Tuscon’s 2.5L gas four-cylinder powertrain and 1.6L turbocharged hybrid. The 2.5L engine has an estimated output of 190 PS (187 horsepower) an estimated torque rating of 182 pound-feet and is coupled to an 8-speed automatic transmission. The 1.6L hybrid powertrain features an estimated combined output of 230 PS (227 horsepower) and 258 pound-feet of torque. 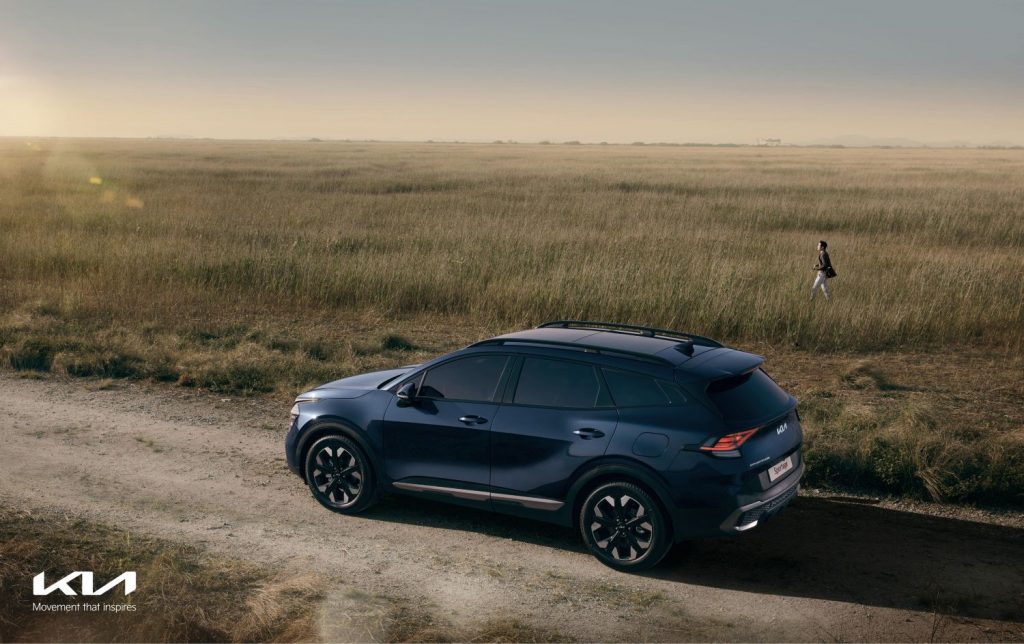 In terms of timing, the all-new Kia Sportage is expected to launch in early 2022 for the 2023 model year.

We’ll have more on all of Ford and Lincoln’s upcoming competitors soon, so be sure and subscribe to Ford Authority for ongoing Ford news coverage. 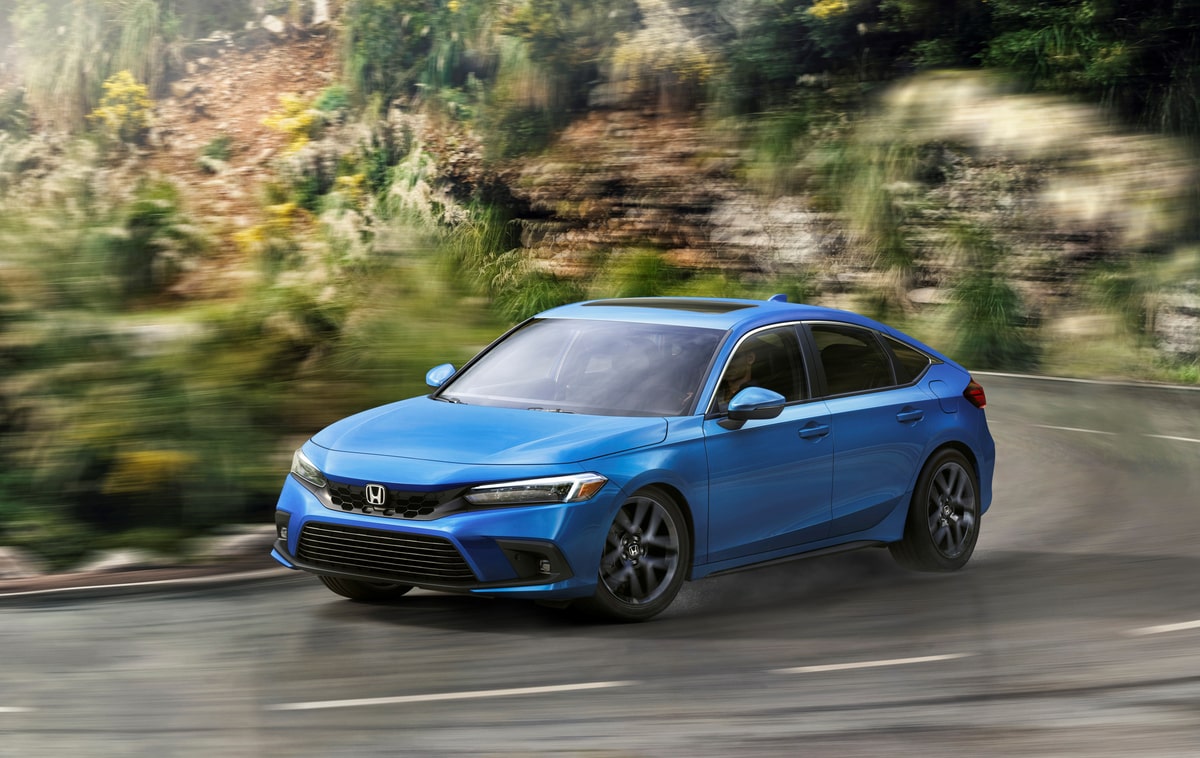