London-based supercar dealer Clive Sutton has been producing ultra-powerful Ford Mustang models for years now, offering up outputs in the 700 to 800+ horsepower range. Of course, these ultimate pony cars aren’t exactly cheap, even on the used car market, but good things rarely are. Regardless, these purveyors of power just keep extracting more from Ford’s legendary pony car and have reached a new pinnacle with the Clive Sutton Mustang CS850GT. The dealer points out that the purpose behind the Clive Sutton Mustang CS850GT is to address frustrations that the Ford Mustang Shelby GT500 isn’t available in right-hand-drive configuration. Thus, the CS850GT was designed to be even more powerful than Ford’s 5.2L Predator V8-powered machine, which wasn’t terribly hard to accomplish. 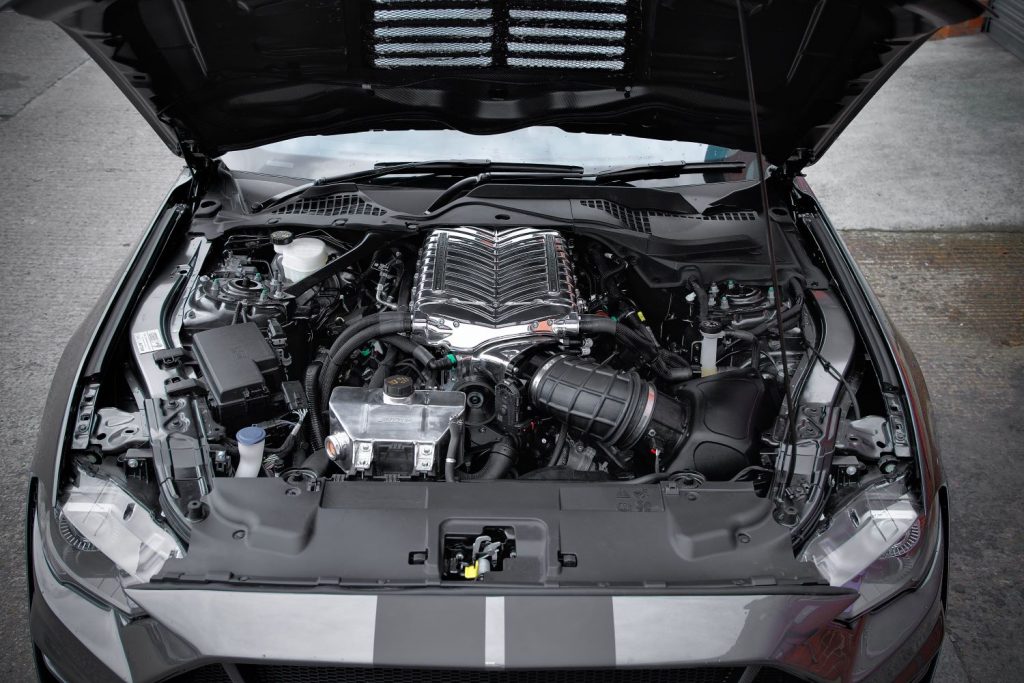 Clive Sutton managed to extract a significant 847 horsepower (859 PS) and 665 pound-feet of torque (902 Nm) from Ford’s 5.0L Coyote V8 – making it the UK’s most powerful Mustang and nearly doubling the car’s stock output. This was accomplished mostly via a custom Whipple supercharger, which is paired with a massive intercooler and a quad active XForce exhaust. 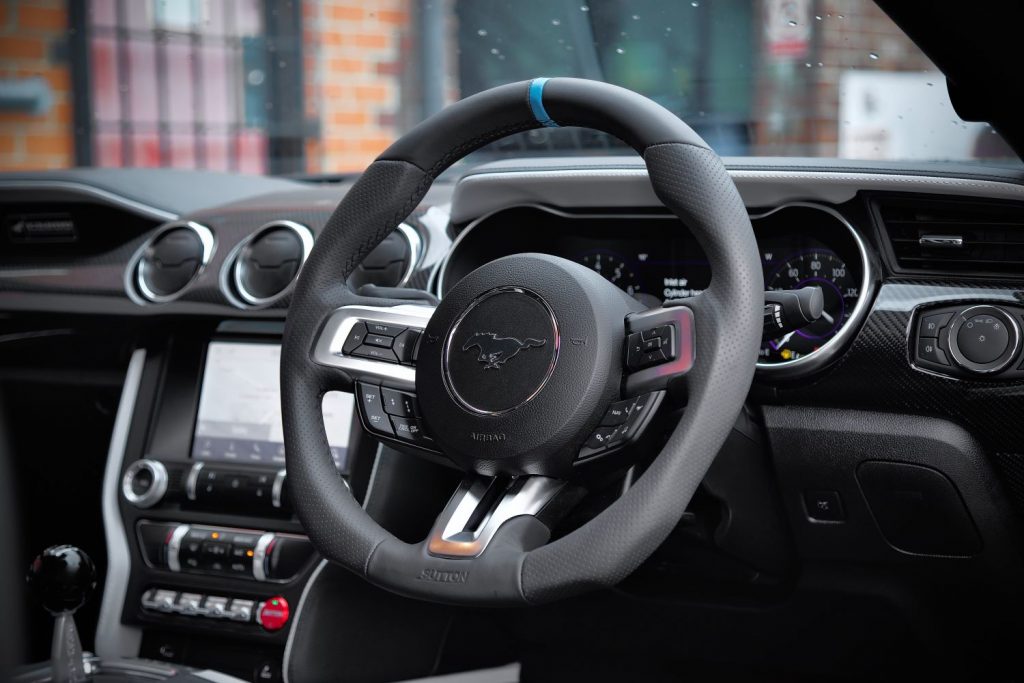 The blown V8 is backed up by the requisite six-speed manual gearbox, which has been treated to a short-throw shifter for an old-school muscle car experience. Clive Sutton has also addressed the suspension of the new CS850GT, giving it upgraded front and rear anti-roll bars, subframe components, DBA brakes with Hawk pads, and custom 20-inch Vossen wheels. In the looks department, the CS850GT stands out from other Mustang models on UK roads thanks to its GT500-like front end, front lip, carbon fiber side rockers and rear valance, LED lighting, and tri-bar headlights with a variety of custom colors to choose from. Inside, the cabin has been upgraded with a red billet aluminum start button, carbon fiber dash, Sutton performance steering wheel, a combination of leather and Alcantara, and accent stitching. Customers can choose their own color combinations for a truly custom appearance, too. As one might expect from a bespoke pony car such as this, other goodies can be added to suit just about anyone’s taste, including an optional Sutton track performance rear spoiler. The price for all this GT500-beating goodness is £115,000 ($159,602 USD) and can be configured to one’s personal specification here.

We’ll have more cool tuner rides like this to share soon, so be sure and subscribe to Ford Authority for more Ford Mustang news and non-stop Ford news coverage.

Ford Bronco Now Available In UK Thanks To Clive Sutton

The UK Gets A Hot, 700HP Ford Mustang From Clive Sutton