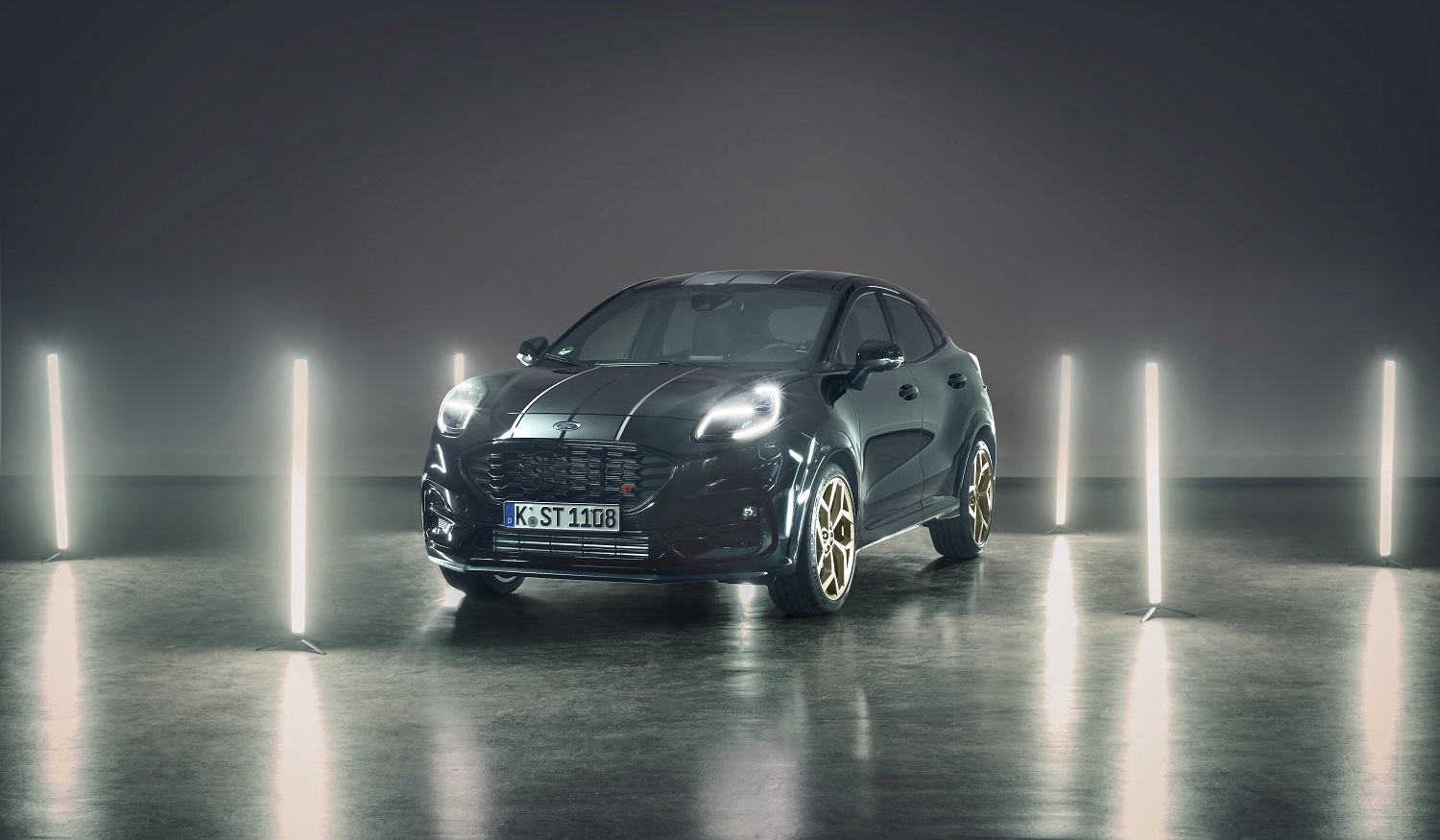 Earlier this month, for the very first time, Ford decided to give its fans the chance to name and design a Puma ST special edition. The automaker has actually done this once before, as the Team Fordzilla P1 concept racer was designed in a collaborative process with the gaming community. But this special Puma ST will be the first fan-designed Blue Oval vehicle that reaches production, as it will be built at the Ford Craiova Assembly Plant in Romania later this new. And now, the finished product has been revealed – the Ford Puma ST Gold Edition. 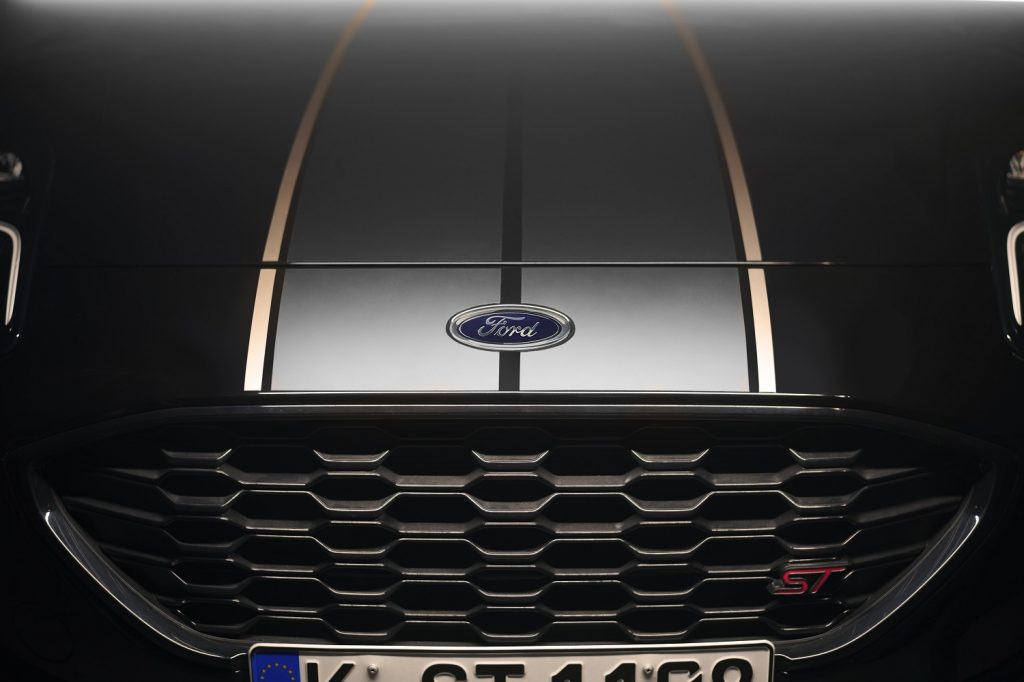 A whopping 275,000 fans voiced their opinions on what the Ford Puma ST Gold Edition would be called and what it would look like, casting votes on Ford’s Twitter and Instagram channels over the course of 10 days. Those votes decided the vehicle’s paint color, decals, badges, brake caliper color, seatbelt stitching, scuff plates, and pride plate, along with the Gold Edition’s name. 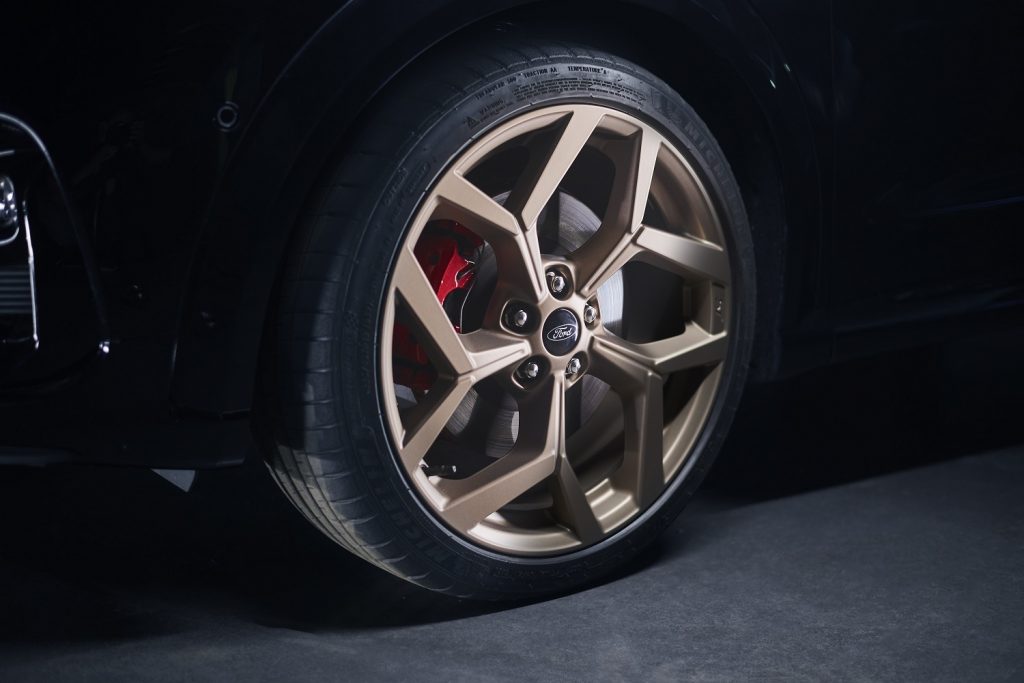 “To create something truly special for our loyal performance fans, we’ve moved to a forward-looking approach in co-creating the Puma ST Gold Edition with them. The number of votes cast shows just how enthusiastic our customers are – and that they have excellent taste,” said Amko Leenarts, director, Design, Ford of Europe. “It’s all in the details, and with this special edition, our fans have configured a truly desirable product.” 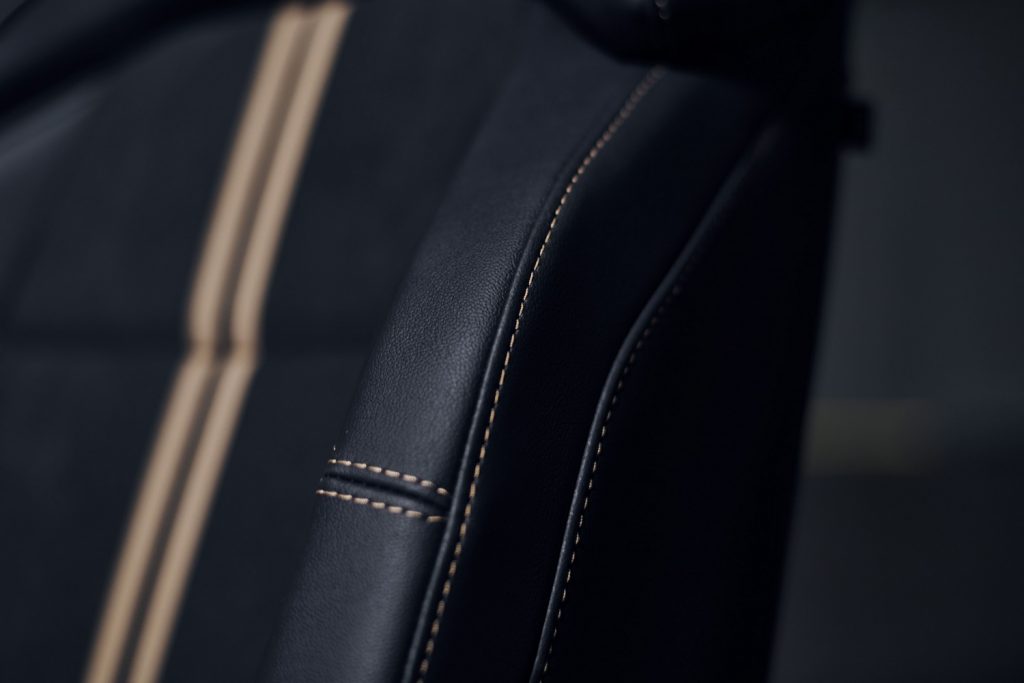 Ultimate, black just barely beat out gray as the exterior color choice (56 percent versus 44 percent), while red brake calipers won by garnering 74 percent of the votes. Gray seatbelt stitching won over black, while fans chose lines over stripes for exterior graphics. They also voted for ST exterior badging instead of no badging whatsoever, Puma scuff plates over Ford Performance pieces, ST pride plates in lieu of Puma ones, and the name – Gold Edition – won out over 24K Edition. 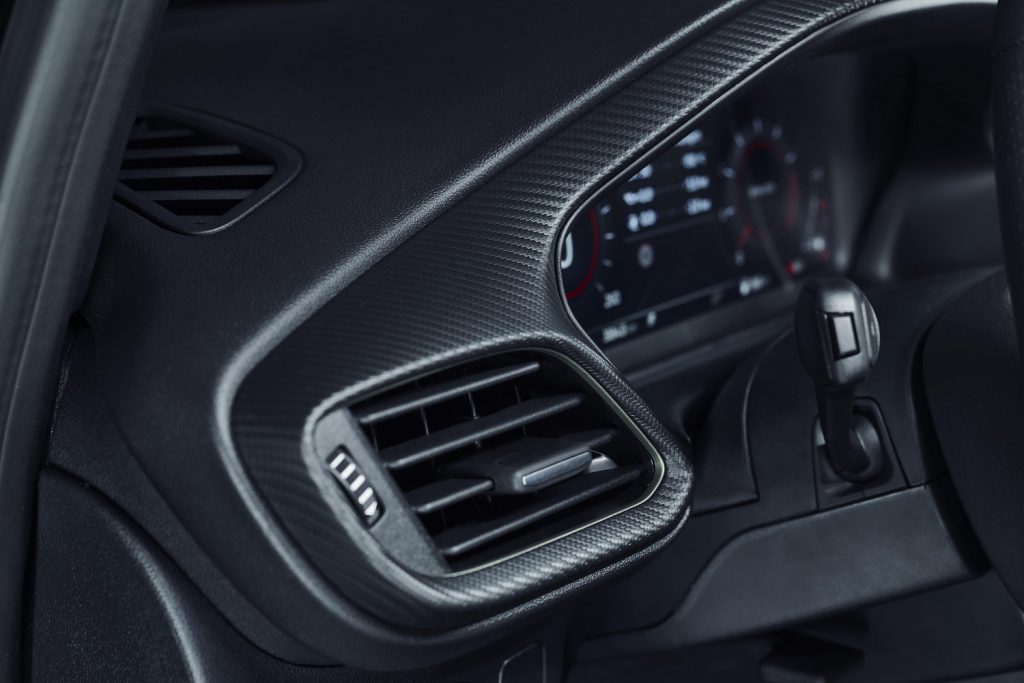 Aside from these unique features, the Ford Puma ST Gold Edition will be mechanically identical to the regular Puma ST, which means that it will be powered by Ford’s turbocharged 1.5L EcoBoost I-3 that produces 200 PS (197 horsepower) and 320 Nm (236 pound-feet) of torque. It’s mated to a six-speed manual transmission, which sends power to the front wheels for a 0-60 time of 6.7 seconds and a top speed of 137 miles per hour. 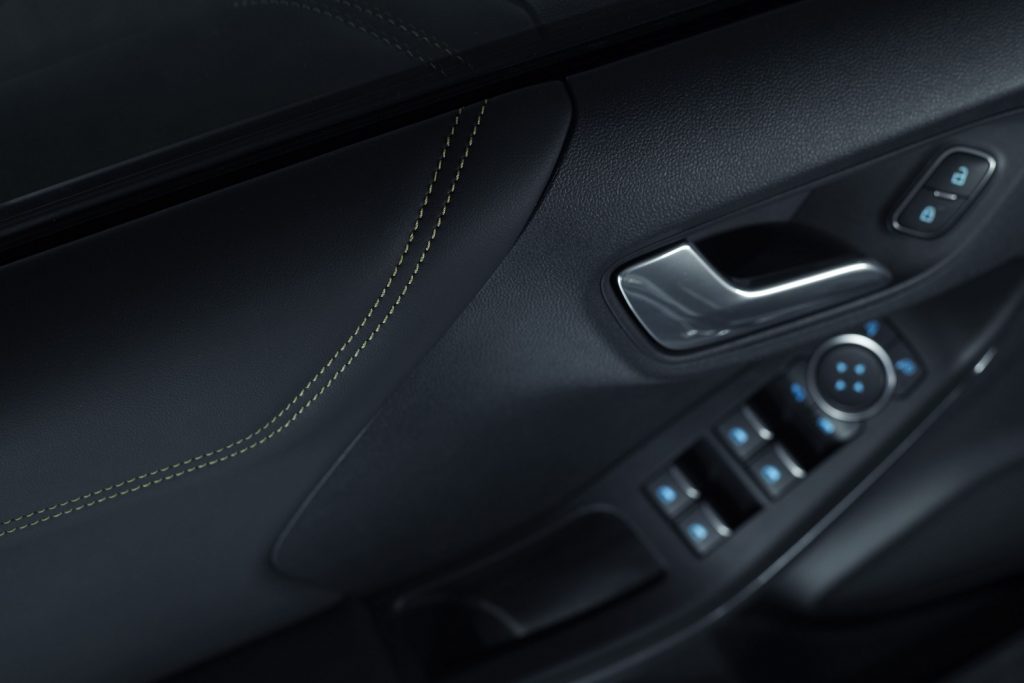 The Puma ST Gold Edition will be available to order in limited quantities later this year, but unfortunately, North American Blue Oval fans won’t be able to get in on the fun, even though Ford Authority previously caught one driving around in Dearborn while Ford CEO Jim Farley has also expressed his desire to see the model sold in the U.S.

We’ll have more on the Puma soon, so be sure and subscribe to Ford Authority for more Ford Puma news and around-the-clock Ford news coverage.