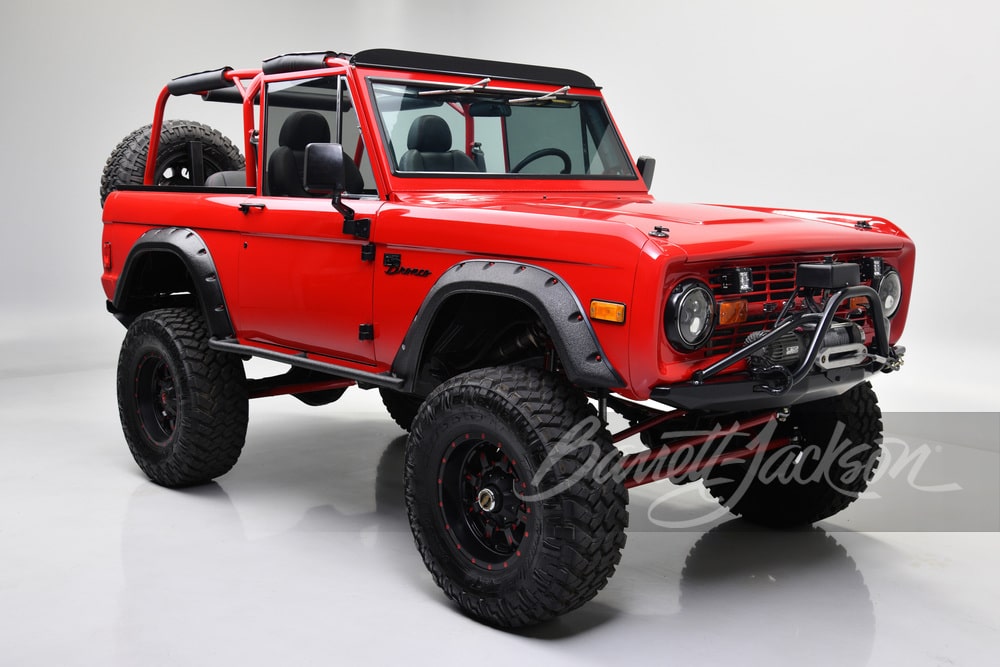 This year’s Barrett-Jackson Las Vegas auction will feature a number of notable Blue Oval machines, including a 1966 Ford Mustang once owned by Henry Ford II and a 2019 Ford GT with 21 miles on the clock. Now, those sweet rides will also be joined by comedian/actor Kevin Hart’s custom 1977 Ford Bronco restomod, which like every lot in Las Vegas, will be offered with no reserve price. 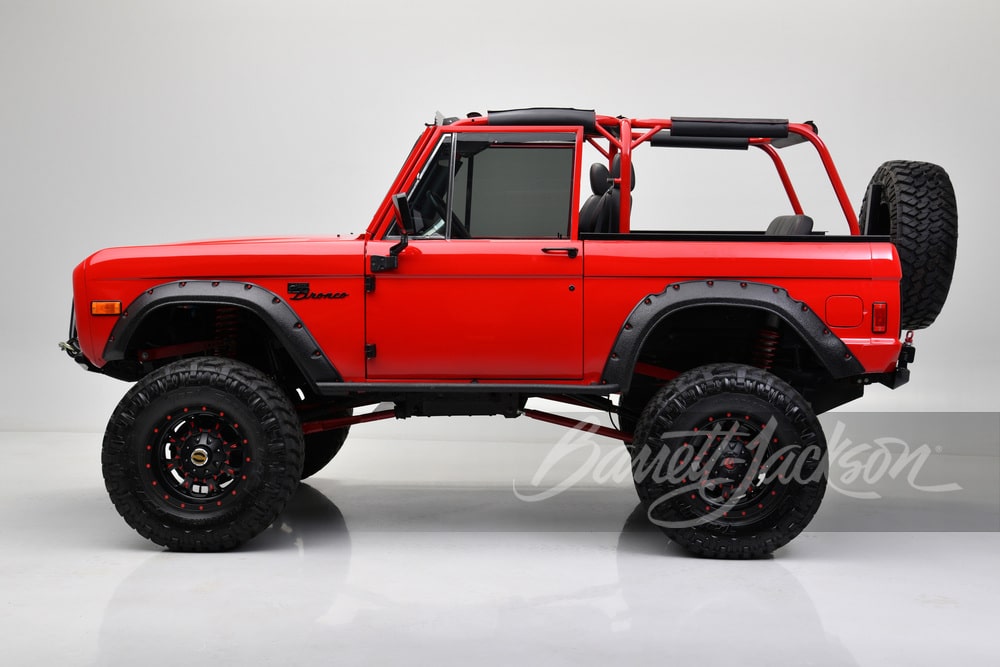 This 1977 Ford Bronco restomod has even more celebrity ties than the fact that it was owned by Hart, however. It also appeared on an episode of Jay Leno’s Garage, and it has accumulated just 700 miles since the build was finished. As one might imagine, the classic Ford Bronco is also fitted with a laundry list of mods that help modernize the vintage ride in all the ways one might want to. 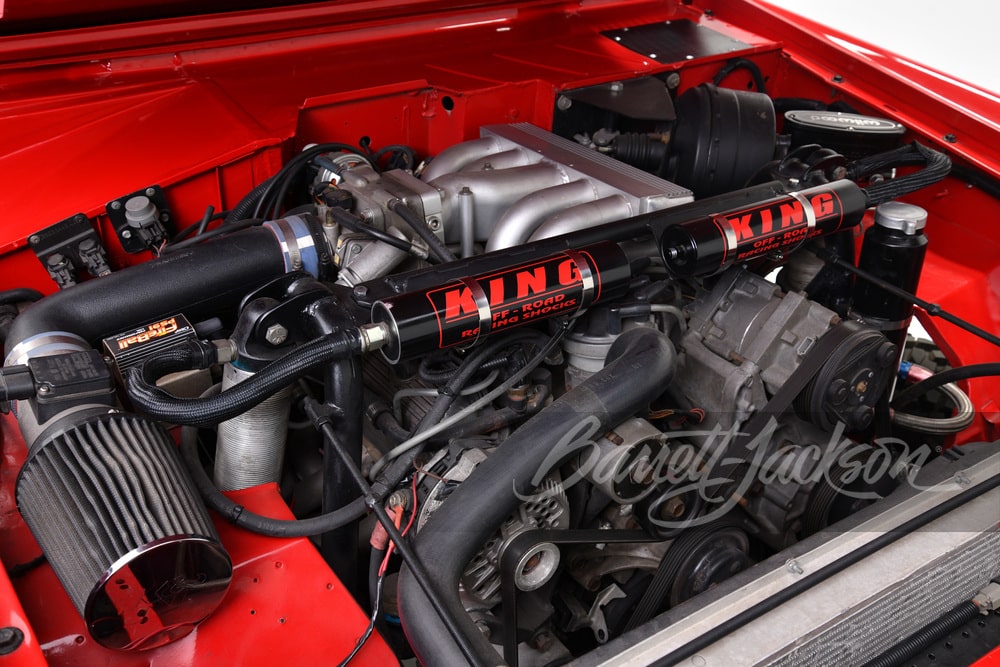 That includes under the hood, where we’d expect to find a 5.0L Coyote V8, but instead, there’s a pushrod, fuel-injected 5.0. That older yet modern mill has been treated to a GT40 intake manifold, Crane electronic ignition, K&N air filter, aluminum radiator, and an Ardent Performance custom exhaust fitted with MagnaFlow mufflers. Shifts are handled by a three-speed automatic gearbox. 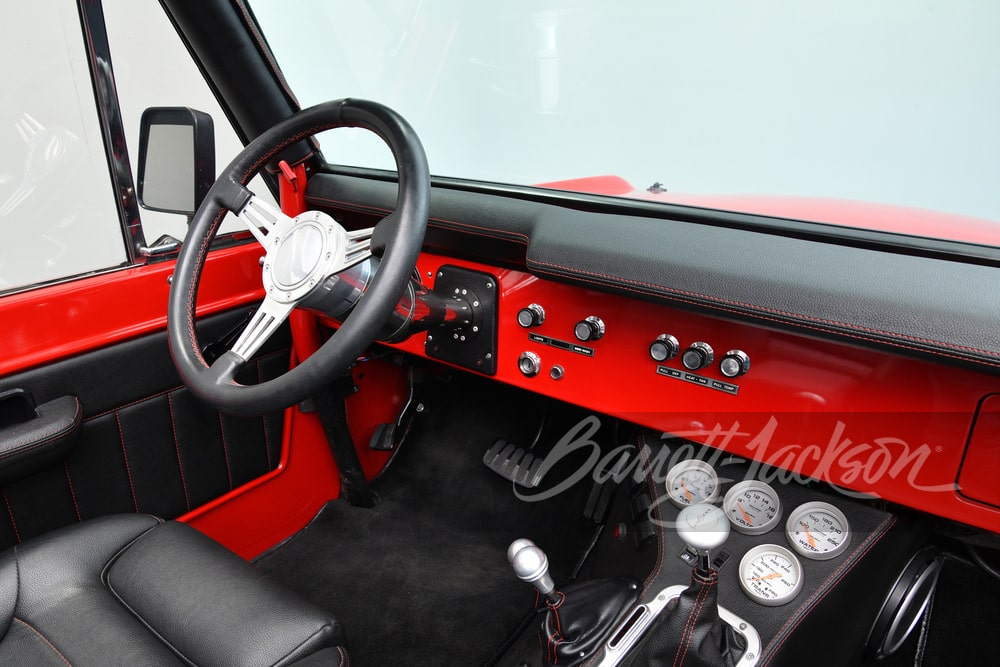 The Bronco restomod has also received a host of suspension modifications that give it a lift of unspecified height and King coilovers, which help make room for meaty 35-inch Nitto Trail Grappler wrapped around 17-inch Fuel wheels. Wilwood brakes help slow the rig down in a hurry, lest the driver get a little carried away with the go pedal. 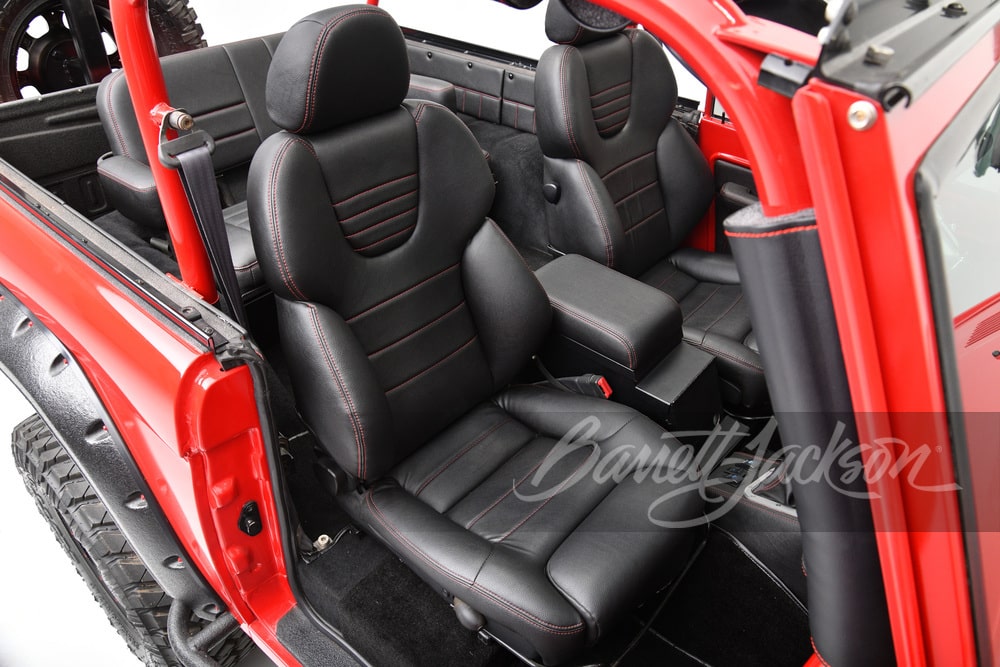 The very red off-roader certainly looks the part with a black push bar, winch, LED lightning, beefy bumpers, and fender flares, while the interior is actually quite luxurious. There we find custom seats, which are upholstered in a contrasting black with red stitching, a treatment also applied to the door panels, roll bar padding, and dash. 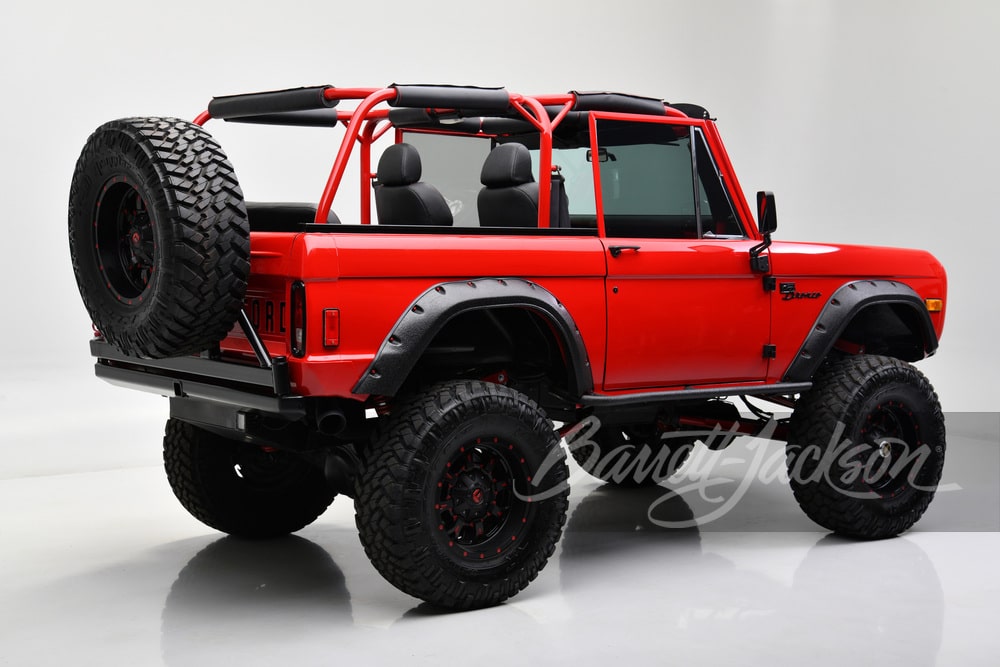 All-in-all, Hart’s custom Bronco is a pretty nice piece of kit and a fine example of a restomodded off-roader. Given the incredible interest these vintage Broncos are enjoying these days and this one’s star-studded ownership history, we don’t expect it to go cheap, however.

1977 Ford Mustang Cobra II Has Been Through A Lot