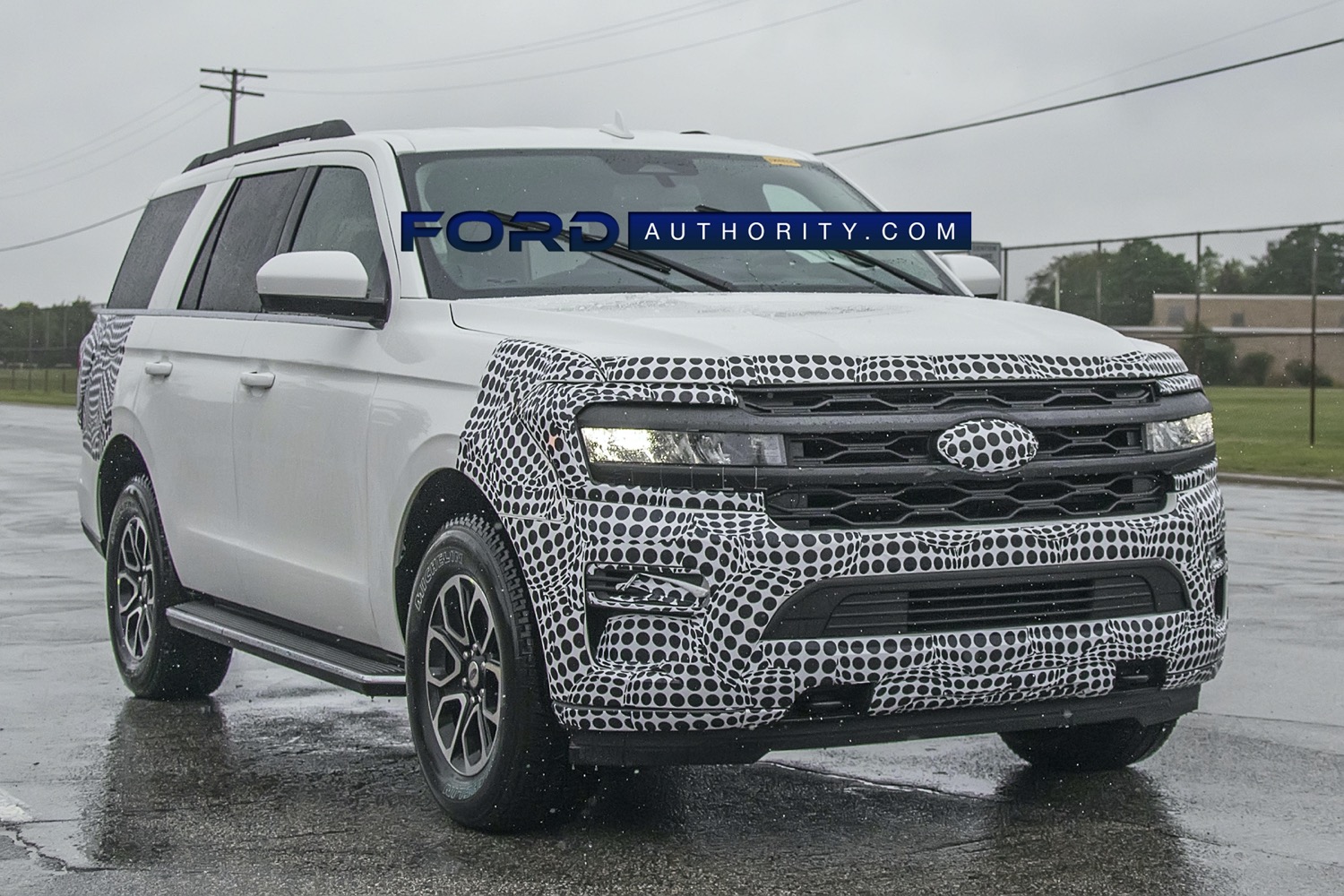 Just a few weeks ago, we spotted a 2022 Ford Expedition Timberline prototype driving around that featured the least amount of camo we’ve seen to date. This gave us our best look yet at the refreshed SUV and its updated exterior, but now, we have new 2022 Ford Expedition photos to share that reveal even more details. 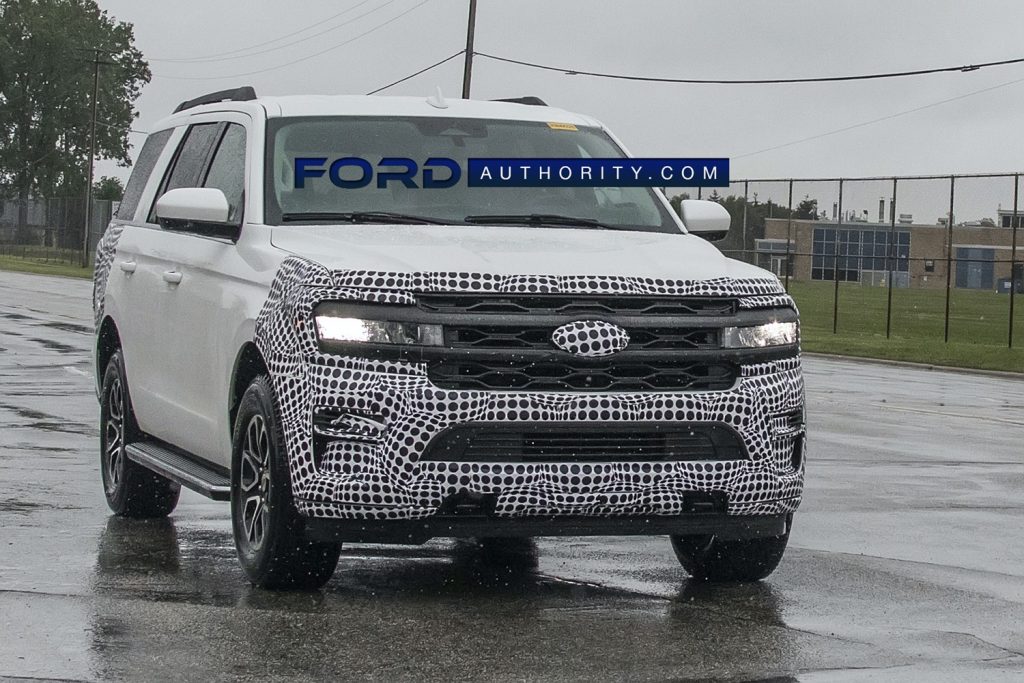 These 2022 Ford Expedition photos portray a white SUV with similar camo to the previously seen Timberline prototype, but on a regular model. Previous 2022 Expedition prototypes featured heavy camo that covered up the entire front end, but this new prototype is almost completely uncovered, at least in terms of the front grille, headlights, and taillights, giving us a good look at those newly restyled elements, as well as the SUV’s wheels. 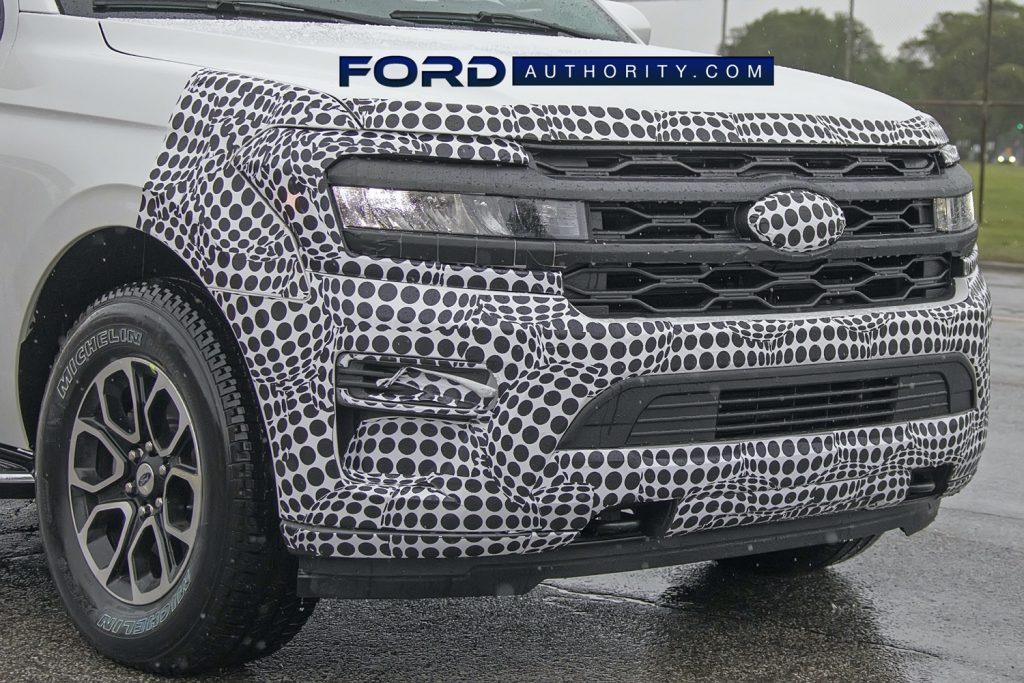 In addition to this exterior refresh, the 2022 Expedition’s interior will also be updated with a number of features lifted from the 2021 Ford F-150, as Ford Authority exclusively reported last month. This includes the F-150’s center stack design, steering wheel, and digital gauge cluster, along with the same 15.5-inch infotainment screen present in the Ford Mustang Mach-E and Ford F-150 Lightning. 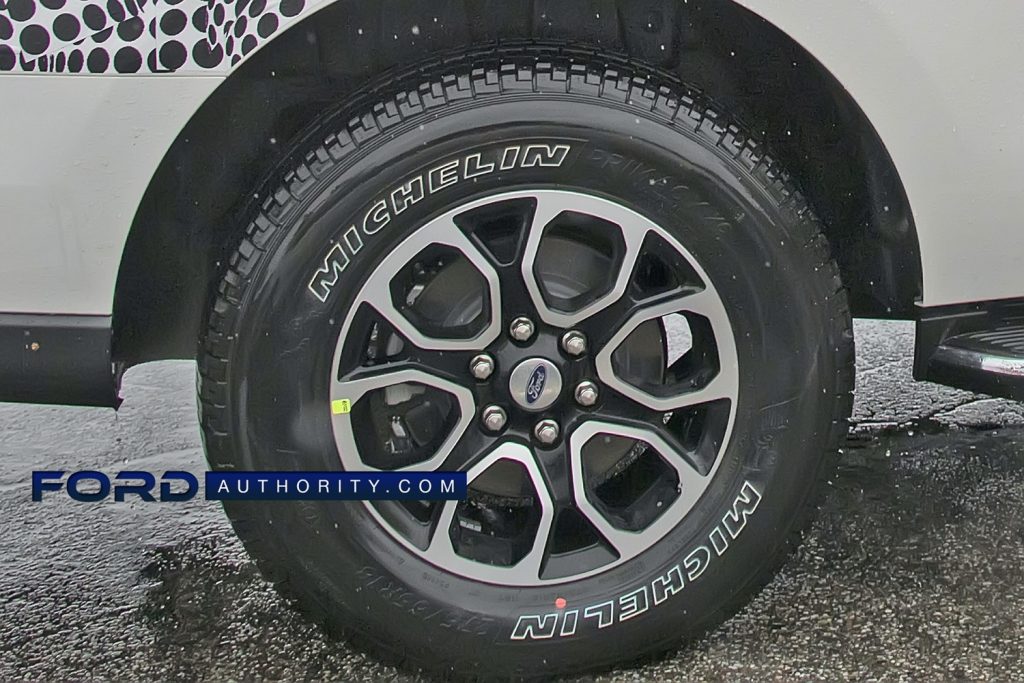 As Ford Authority has previously reported, the 2022 Ford Expedition will continue to be offered with the current model’s 3.5L EcoBoost V6, but a hybrid powertrain option – similar to the 3.5L PowerBoost V6 that debuted in the 2021 F-150 – will also be available. Both powerplants will be mated to Ford’s 10-speed automatic transmission. 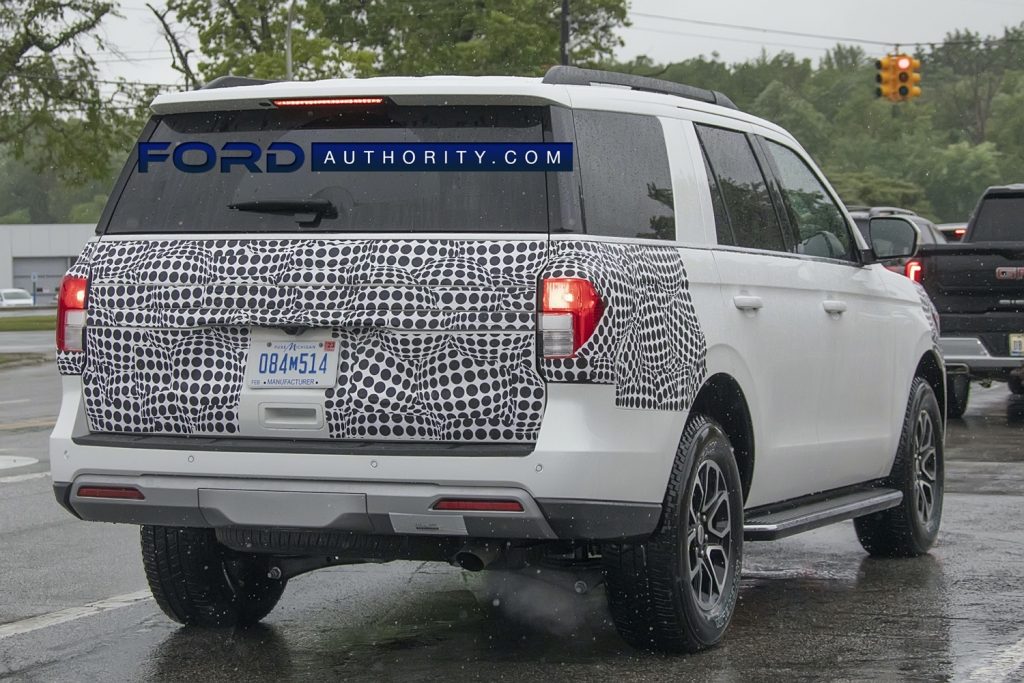 The 2022 Expedition will continue to ride on the same Ford T3 platform as the 2021 model, which it shares with the Lincoln Navigator. It will continue to be produced at the Ford Kentucky Truck Plant in Louisville, Kentucky, and we expect the 2022 Expedition to launch in the last quarter of 2021 following its official reveal, which is expected to take place this summer.