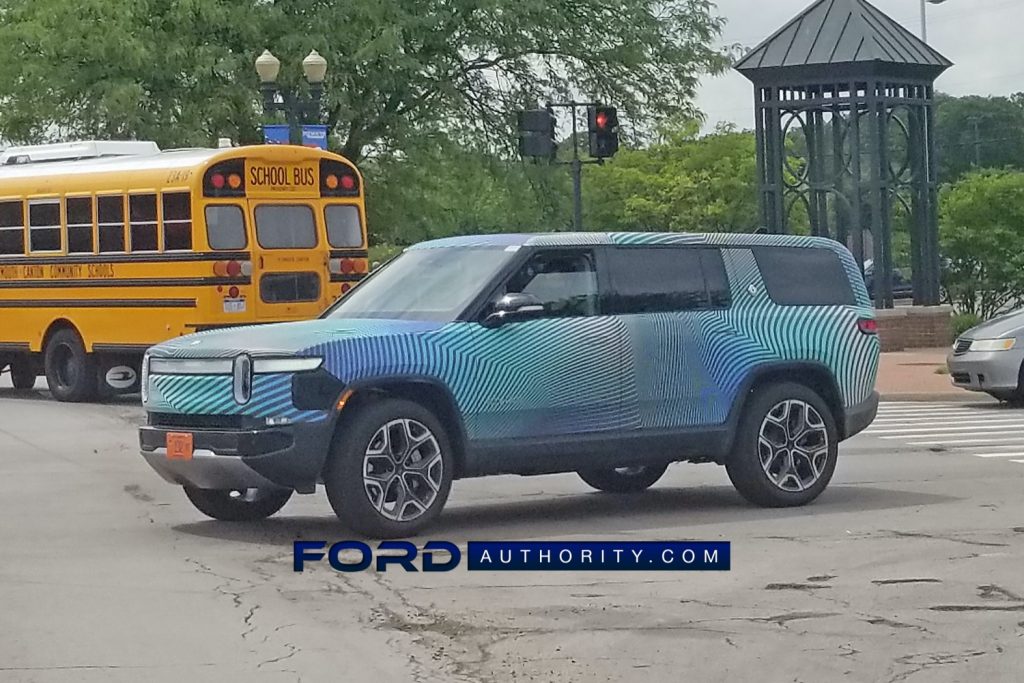 We’re getting closer and closer to the very first Rivian model – the R1T Launch Edition pickup – entering production next month following a one-month delay. But lest we forget, the R1S SUV is scheduled to enter production in August, which means that we won’t have to wait much longer to see it on public roads, either. To tide us over until then, we’ve spied a Rivian R1S prototype out testing with some unique camouflage adorning its flanks. 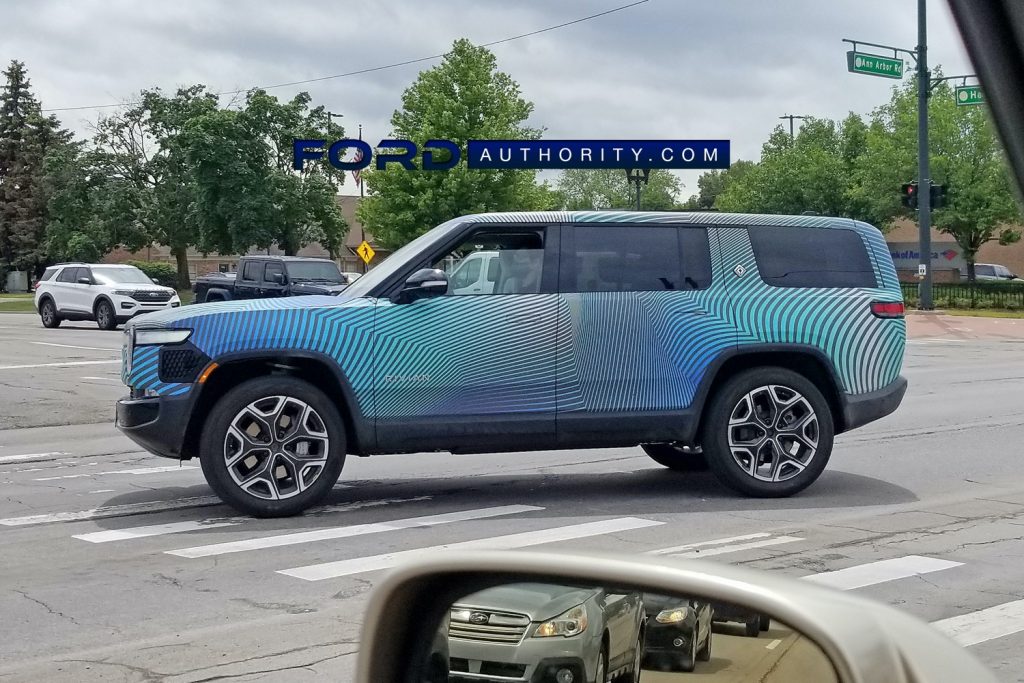 This Rivian R1S prototype looks essentially production-ready, aside from the brightly-colored camo with its brain-warping pattern. Otherwise, it looks just like the photos we’ve seen of the forthcoming all-electric SUV so far, aside from the fact that it’s driving around on real roads.

The R1S is a three-row, seven-passenger sport utility vehicle that will compete directly with the Tesla Model X. It will be available with 105-, 135-, and 180-kWh battery packs, with EPA estimated ranges of 250, 300, and 400 miles, respectively, though only the 300-mile version will be available at launch. With 754 horsepower power flowing through all four wheels, Rivian says the top-spec R1S can hit 0-60 miles per hour in 3.0 seconds. 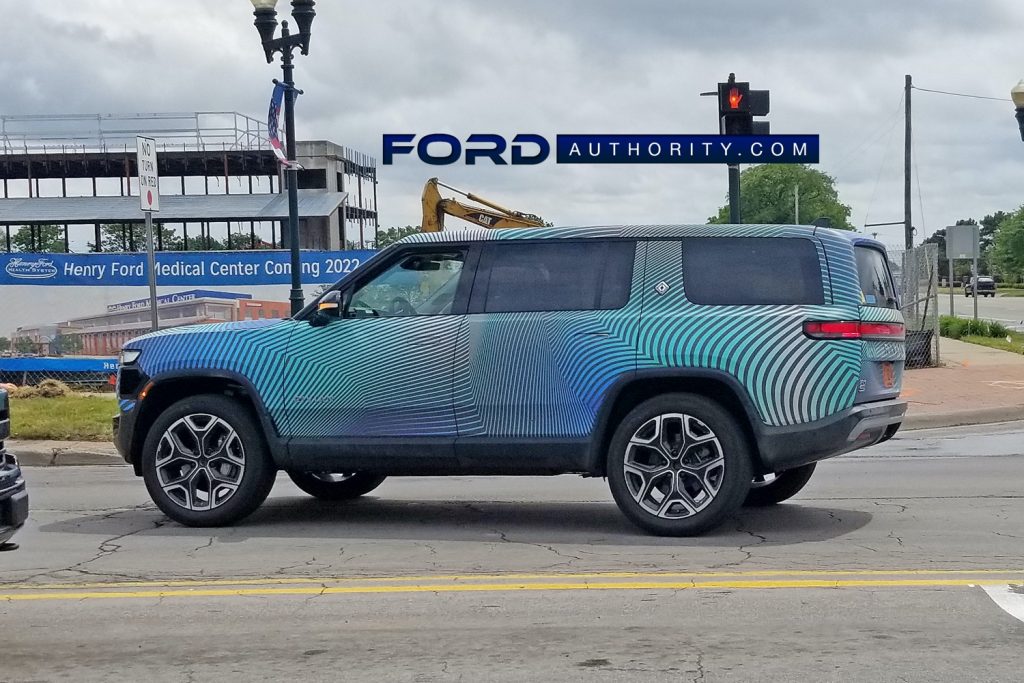 Every version of the R1S comes equipped with all-wheel-drive and four motors – one at each wheel – along with an adjustable air suspension. Payload capacity maxes out at 1,800 pounds, while the SUV can tow up to 7,700 pounds. Pricing starts out at $75,500 for the Launch Edition, with cheaper variants to follow in 2022 and beyond. 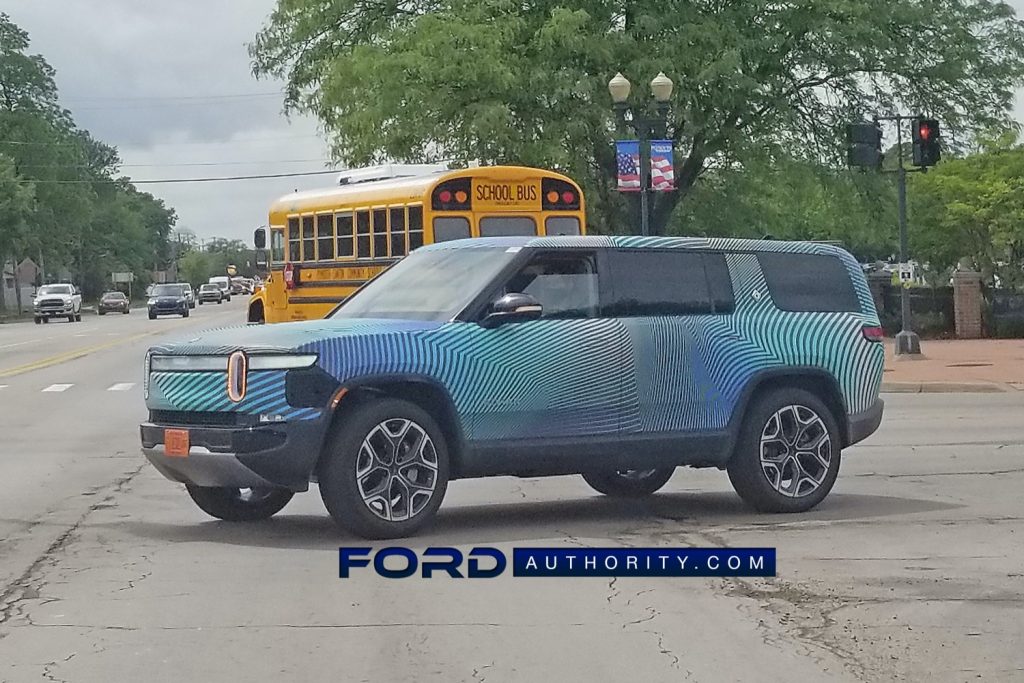 Both the Rivian R1S and R1T will be available in extremely limited quantities through 2023, as Ford Authority recently reported. The Ford- and Amazon-backed automaker plans to open multiple showroom locations in the U.S. in the coming months and will offer a warranty that bests its competitors, a 7-day, 1,000-mile return policy, and its own insurance for owners at launch.

We’ll have more on the Rivian R1S very soon, so be sure and subscribe to Ford Authority for more Rivian news and around-the-clock Ford news coverage.