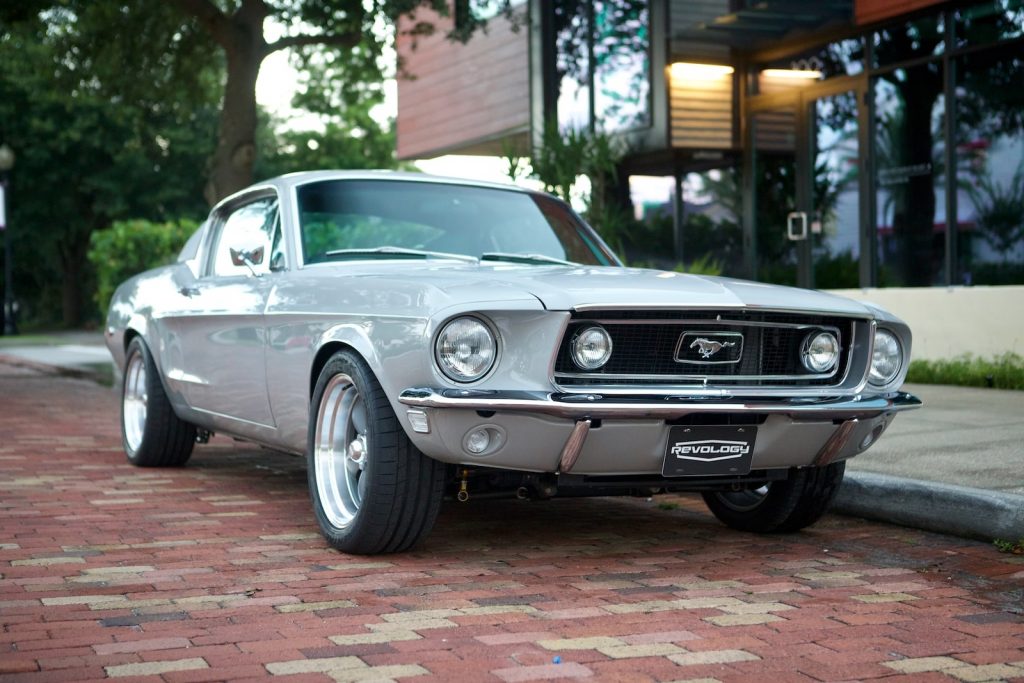 Revology Cars has only been in the Ford Mustang restomod game since 2015, but it’s already cranking out some of the finest modernized classic pony cars on the planet. Much of that can be attributed to the company’s founder – Tom Scarpello, the former Marketing & Sales Manager for Ford’s Special Vehicle Team (SVT). Ford Authority has covered a couple of Scarpello’s masterful creations in the past, including a 1967 Shelby GT350 and a Bullitt-like 1968 fastback, and now, we’re taking a closer look at this stunning 1968 Ford Mustang GT wearing Porsche Chalk paint. 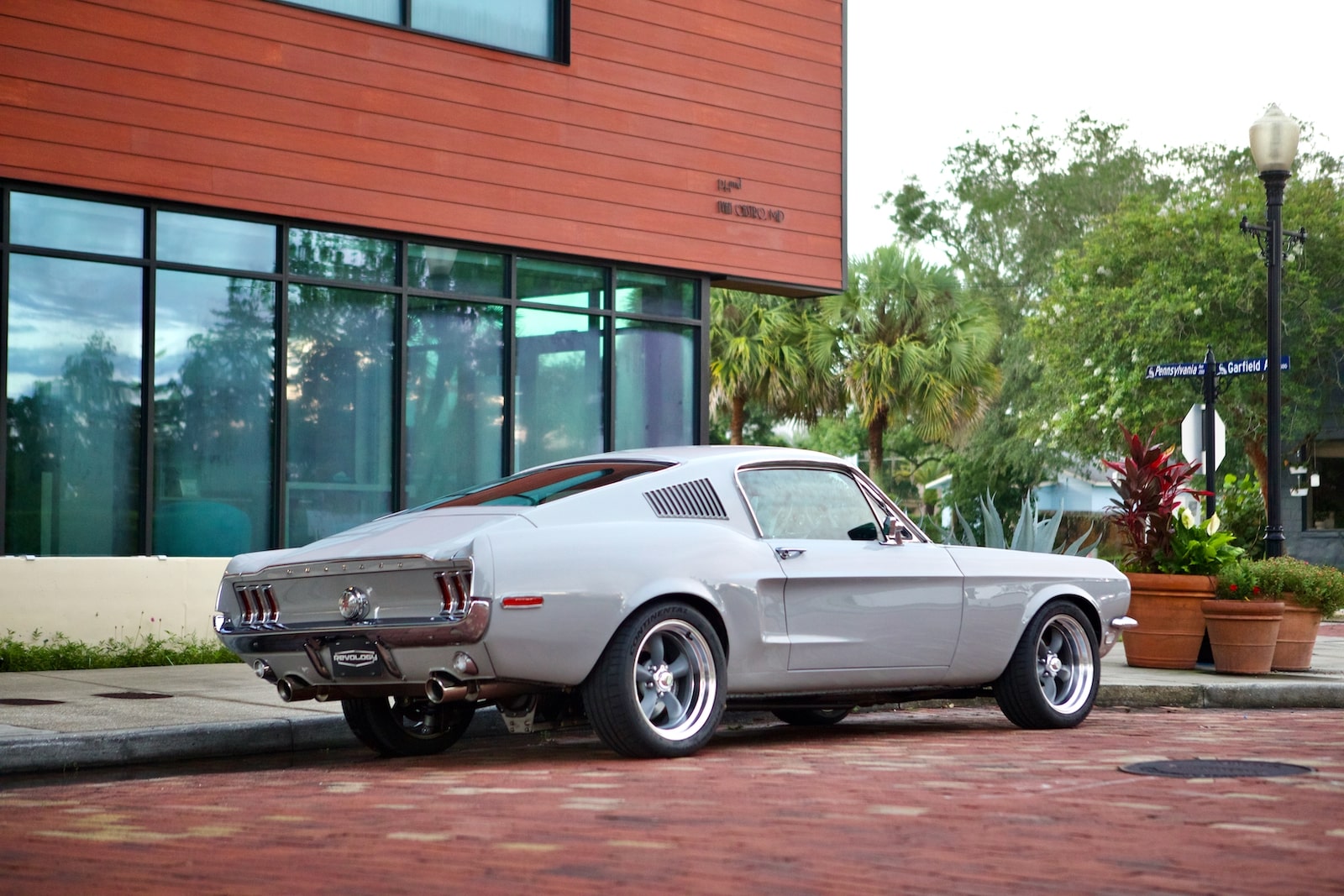 There’s a good reason for this particular car’s hue – the owner is a Porsche fanatic, but he has a soft spot in his heart for Mustangs, too. The two certainly make for a pleasant combination, despite the fact that the color is decidedly modern, while the Mustang’s bodywork is vintage yet timeless. Coupled with a dark gray interior also lifted from Porsche, and it’s safe to say this 1968 Ford Mustang GT is obviously nice to look at. 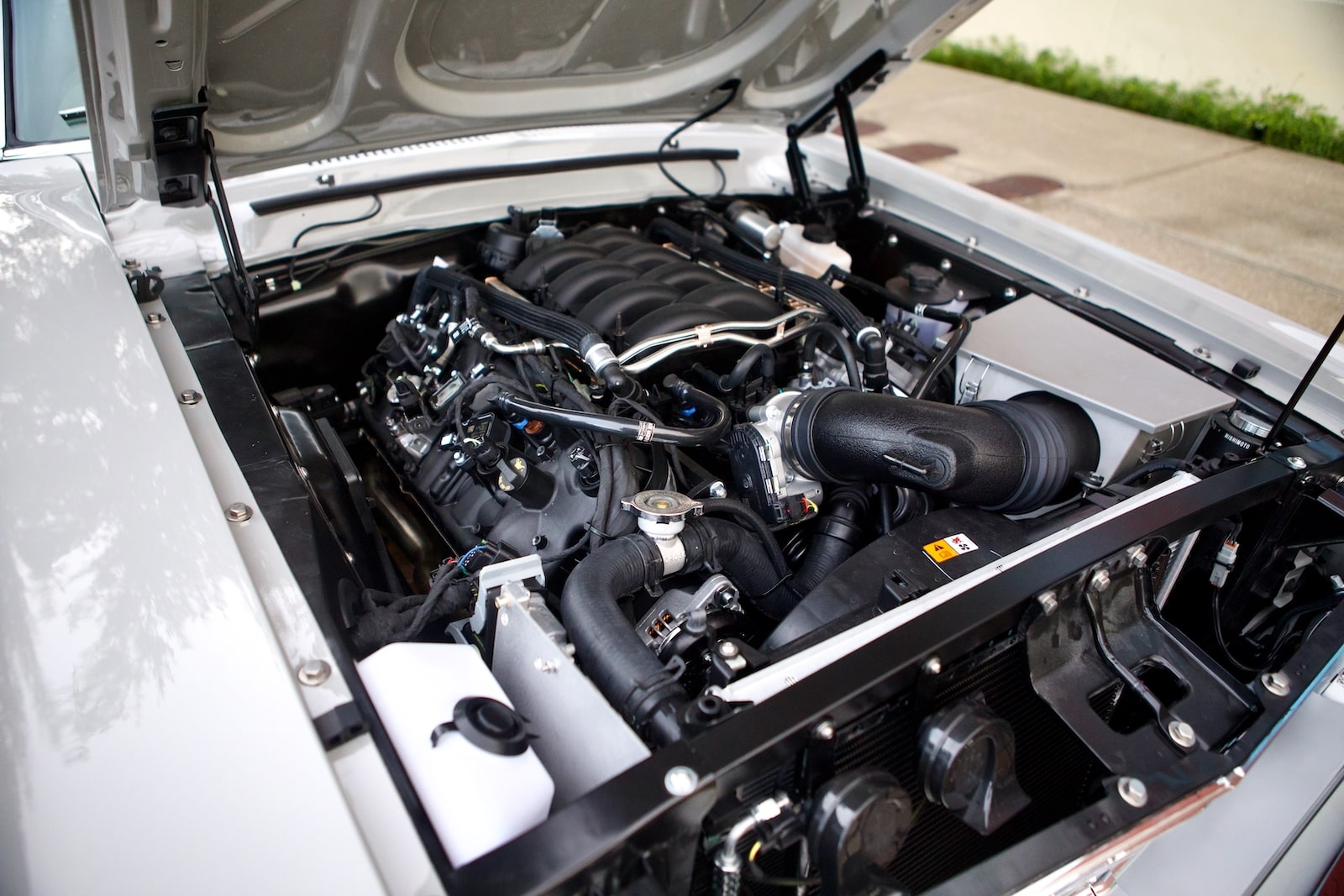 The exterior of the car, like most all Revology creations, doesn’t deviate far from that winning formula. In fact, other than the color, it looks fairly original, save for the deleted badges and molding. A set of American Racing Torq Thrust wheels always looks great on these cars and matches this one perfectly. Other than that, the only real clue this isn’t a stock ’68 are the Borla exhaust tips hanging beneath the rear bumper. 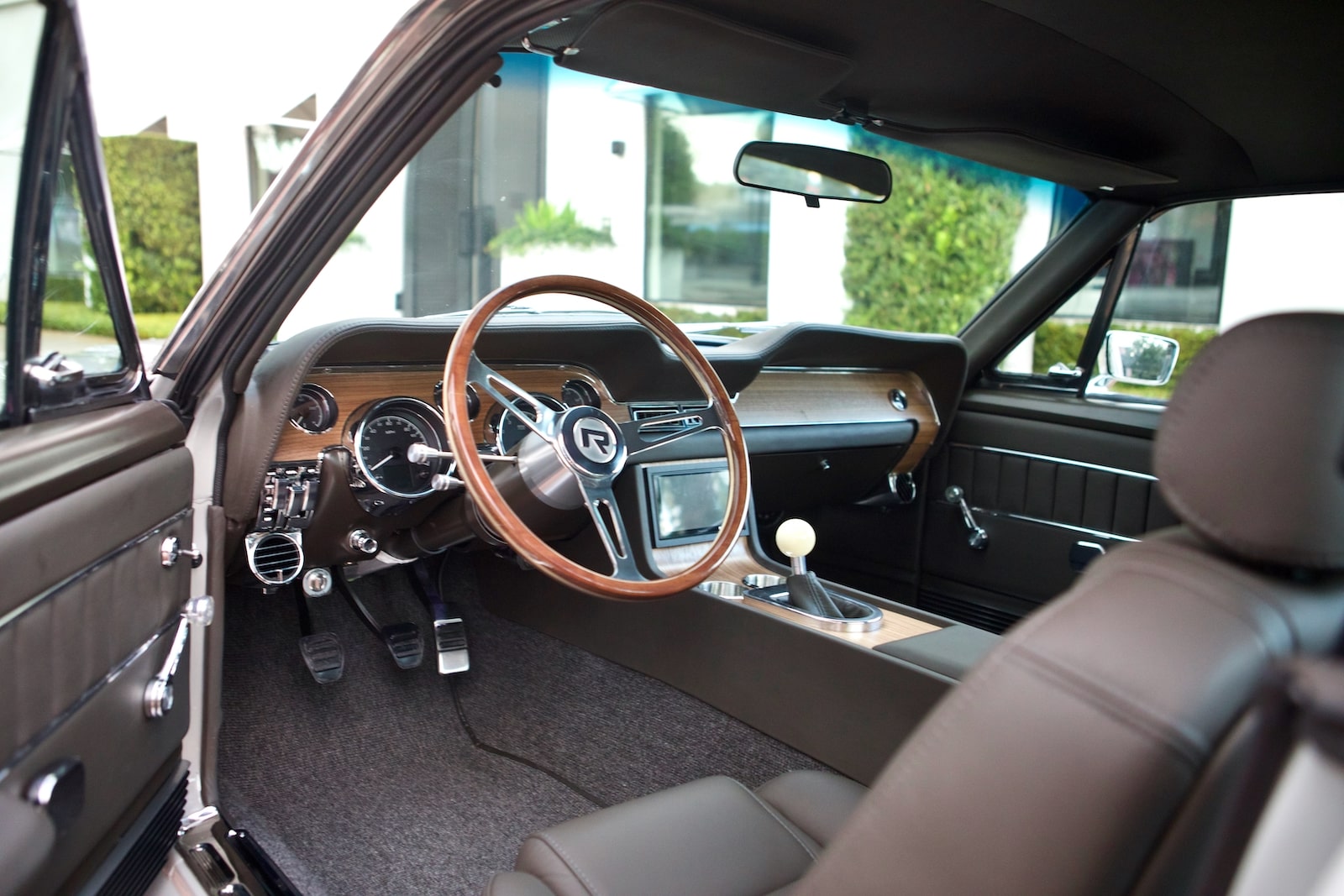 The Nappa Leather interior is equally gorgeous and comfortable and covers virtually every surface. It’s a truly stunning combination, more befitting of a Bentley than a classic Mustang. Like most of Revology’s builds, this particular Mustang is powered by Ford’s 5.0L Coyote V8, which makes 460 horsepower. It’s backed up by a Tremec T-56XL six-speed manual transmission, which makes for a fun and reliable combination.

This GT is Revology’s 85th build, and it’s clear that the outfit just keeps getting better. Few Mustang restomods on the planet can lay claim to such high levels of detail, and that’s what keeps the company going in a very competitive market.

We’ll have more cool builds like this to share soon, so be sure and subscribe to Ford Authority for more Ford Mustang news and non-stop Ford news coverage.