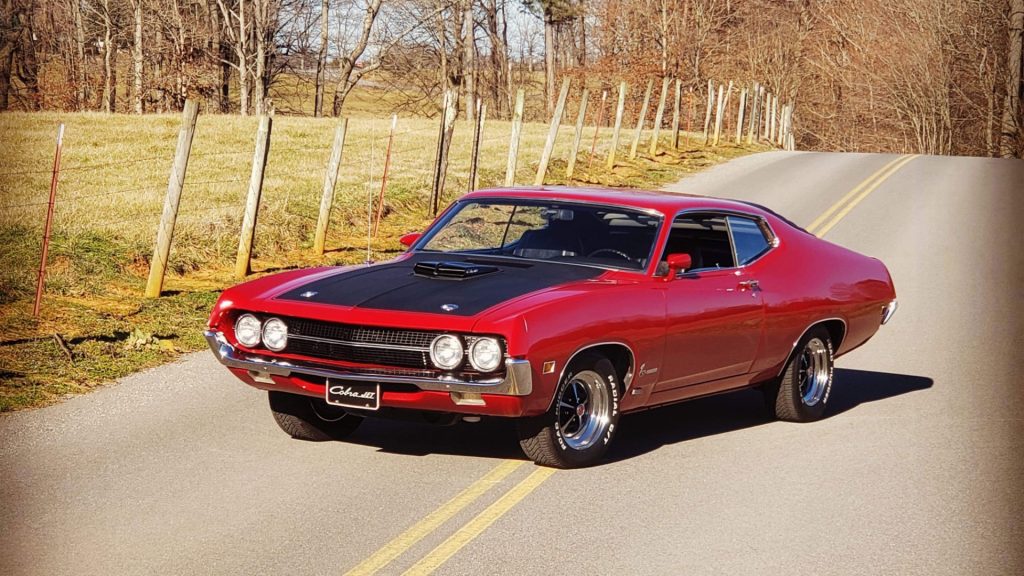 The Ford Torino Cobra was all new for the 1970 model year. It had gotten a facelift and revised bodywork, a blacked-out grille, hood, and hood pins. It came with a potent 360-horsepower Thunder Jet V8 and a four-speed Toploader transmission with a Hurst shifter and T-handle standard. But with the correct options, it could be so much more. 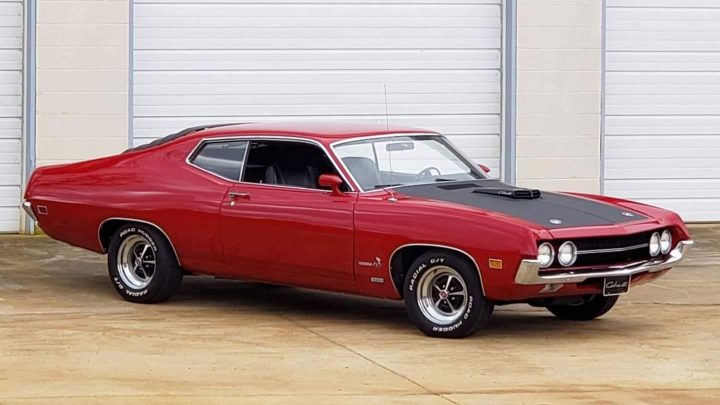 For those in the know, choosing the correct options on Ford Torino Cobra turned it into a veritable street beast. Checking the boxes for the 429 Super Cobra Jet engine and the Drag Pack transformed the Torino into a factory-built 13-second car. 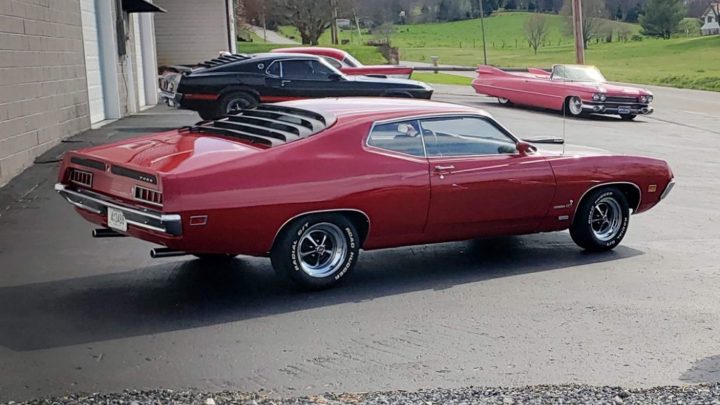 Adding the Drag Pack to the $229 optional 429 V8 was the performance bargain of a lifetime. For $155, you got the Super Cobra Jet engine with four-bolt caps on the middle three mains, forged aluminum pistons, heavy-duty connecting rod, a more aggressive solid-lifter cam, a Holley 4150 carb, an oil cooler, headers, and more. Ford laughingly rated the power gain at five horsepower. Total output was likely closer to 429 ponies. 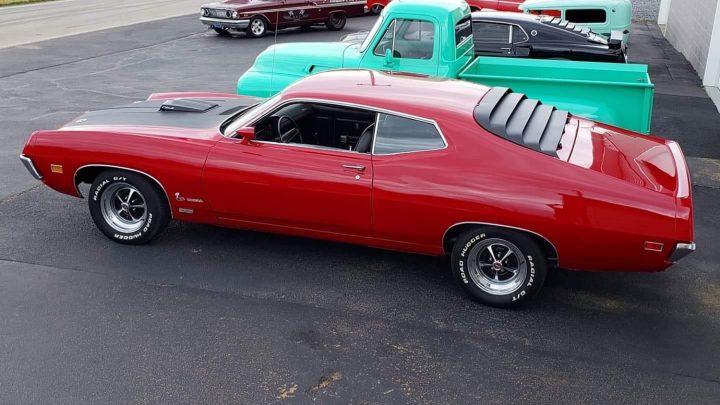 Our feature car today is one of those ultra-rare 1970 Ford Torino Cobra 429 Super Cobra Jet Drag Pack cars. Having covered just 22,500 miles from new, it is equipped with the high back bucket seats, Traction-Lock differential, Wide Oval raised white letter tires, console, and AM radio in addition to the 429 Cobra Jet engine and the Drag Pack. It is accompanied by a Marti Report. 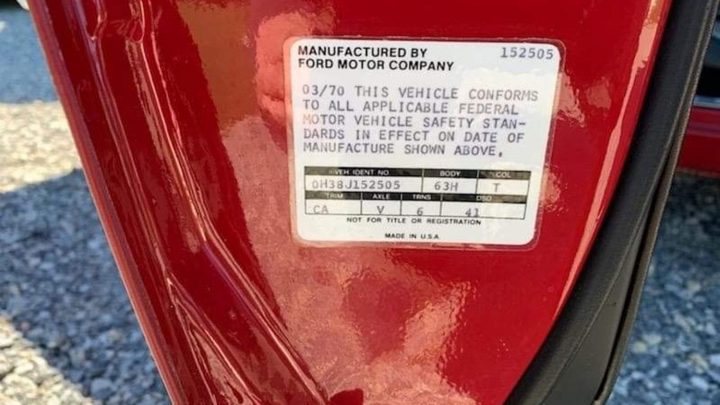 Finished in Medium Red over Black Comfortweave vinyl, it appears to have been the subject of a fastidious restoration. The chrome bumpers and trim gleam in sunlight. Stainless has been polished to a fault. The hood’s matte black finish is accentuated by the satin black of the ram air intake. Magnum 500 wheels are wrapped in raised white letter radial rubber. Factory window louvers cover the back glass.

Inside the Ford Torino’s cabin, the high back buckets are covered in correct black Comfortweave vinyl. The optional console is home to the Hurst shifter topped with the T-handle. The original AM radio still resides in the dash. The interior looks showroom fresh, with no signs of fading or wear to be found. 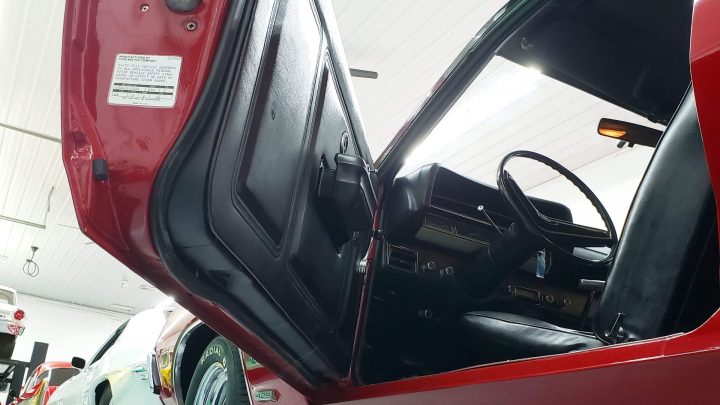 Beneath the hood of the Ford Torino is the beastly, numbers matching 429 Super Cobra Jet, backed by the numbers-matching four-speed manual transmission. All the finishes, markings, and components appear to be as they were fresh from the assembly line. 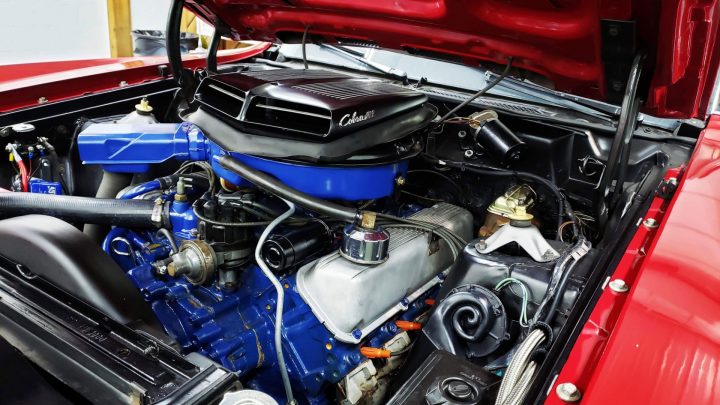 We’ll have more cool Ford rides like this to share soon, so subscribe to Ford Authority for more Ford Torino news and around-the-clock Ford news coverage. 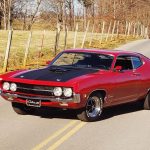 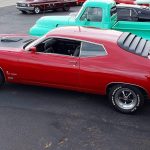 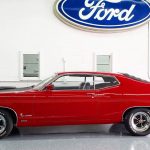 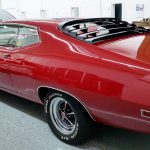 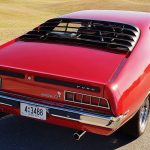 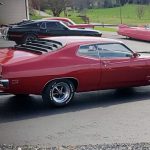 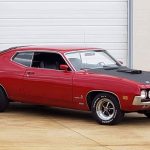 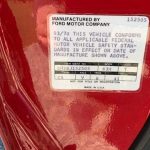 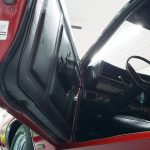 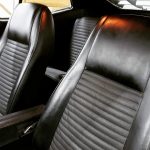 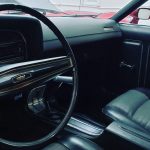 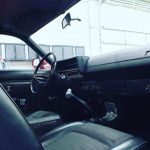 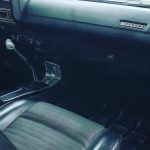 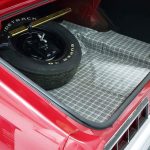 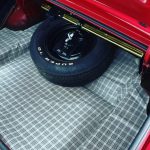 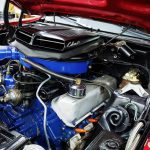 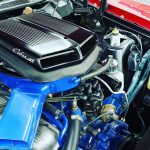