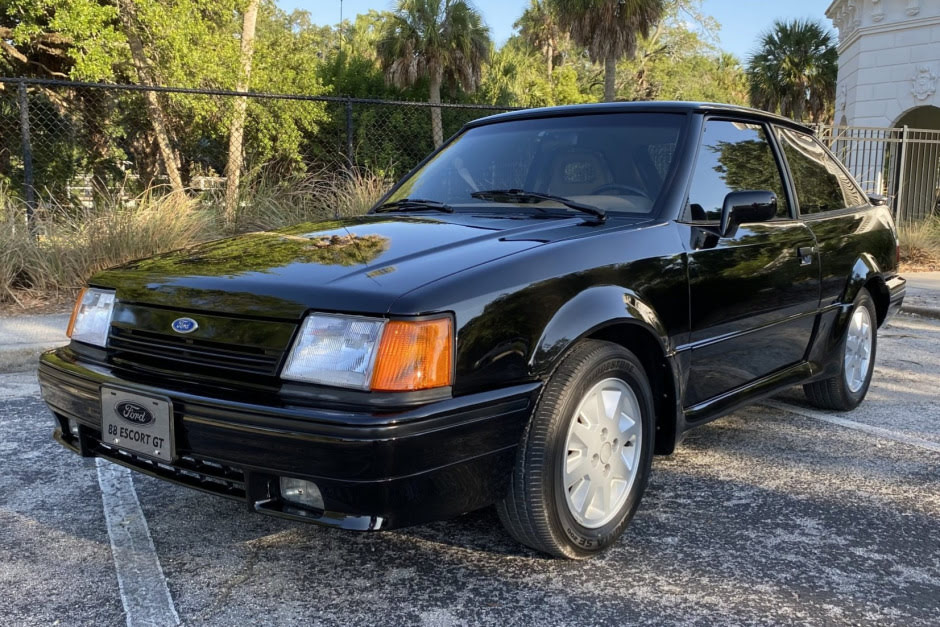 Over the past year, Ford Authority has covered quite a few stories related to the first generation Ford Escort. From the discovery of a FoMoCo dealer training video from 1988 to the Ford Escort GT family heirloom and a well-preserved Escort L hatchback, there’s been a surprising amount of recent news about The Blue Oval’s best-selling 1980s compact. And now, a remarkably clean 1988.5 Ford Escort GT with just 28k miles on the clock has come out of the woodwork. It’s available for sale at auction with no reserve. 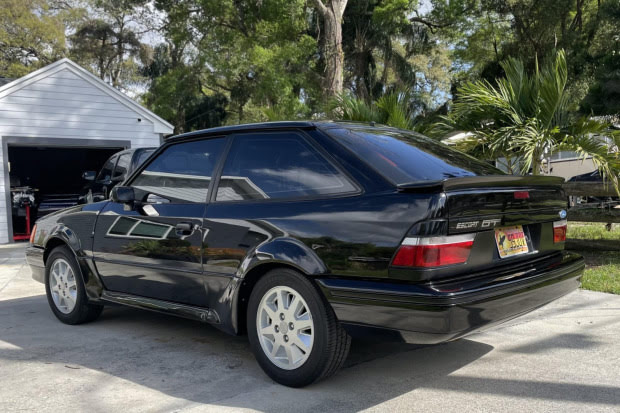 Ford refreshed the Escort model halfway through the 1988 model year, leading to this example’s half year designation of 1988.5. The big news outside for most Escort trim levels was the inclusion of five-mile-per-hour polycarbonate bumpers across the board. Because it already featured body-colored plastic bumpers, external changes were a bit less obvious on the Escort GT models, compared to other trims like the Pony and LX variants. Revisions specific to the GT included a new grille up front, along with an updated rear spoiler and taillights.

The ceramic-coated black paint and bodywork on this Escort GT seem to be quite clean. Reportedly, the car spent the majority of its life in dry climates like California and Nevada. The vehicle’s current and second owner moved it to Florida in 2020 after the purchase, and added roughly 1,000 of the 28k miles currently showing on the odometer. 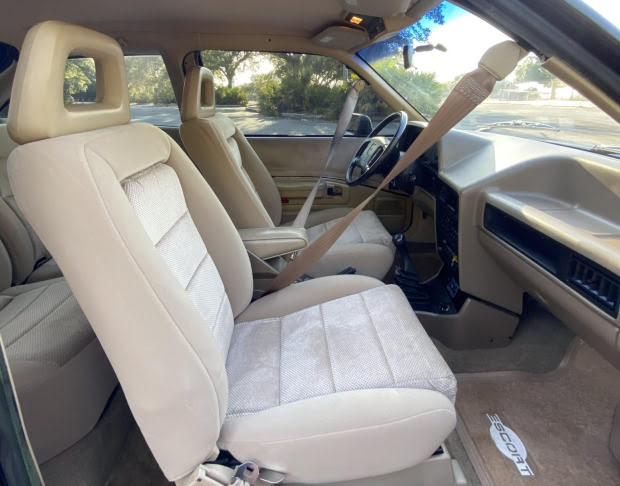 Judging by the pictures, the tan cloth interior in this Ford Escort GT also appears to be in fine shape, aside from the seller’s note that the driver side window seal has seen better days. Equipment on the GT for 1988.5 included sport bucket seats with perforated center inserts and motorized front shoulder belts, a seatbelt trend that was popular in the 1980s but eventually faded away with changing U.S. safety laws. 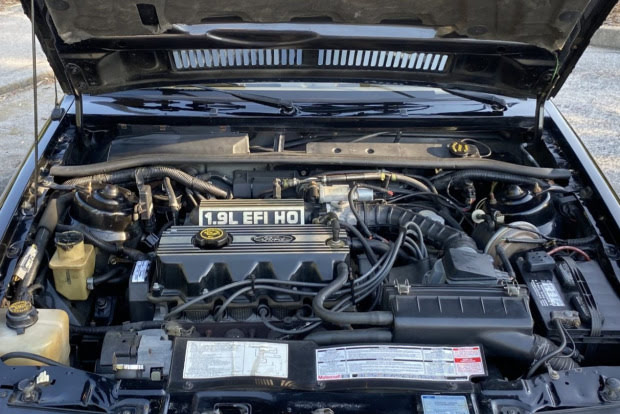 Powering this Ford Escort GT is an uncommonly tidy example of the 1.9L CVH four-cylinder rated at 115 horsepower and 120 pound-feet of torque. The four-banger is connected to a five-speed manual transmission. Recent service work on this example includes a fuel pump replacement in May 2020, and the seller has disclosed that the coolant level sensor does not function. Included with the sale are service records, owner’s manuals, and several other pieces of Ford literature. As of this writing, the current bid sits at $6,750 with six days left in the auction listing on Bring A Trailer. Best part, there’s no reserve.