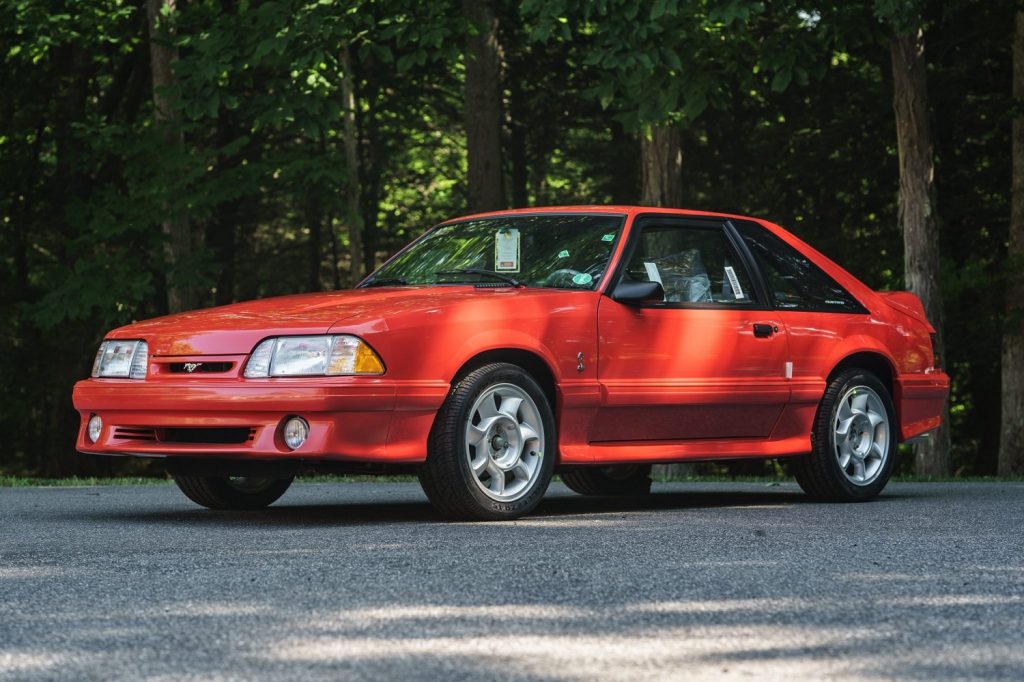 Low-mile Ford Mustang examples built in modern times have been coming out of the proverbial woodwork recently, likely due in part to the fact that the collector car market is on fire. The latest is this pretty amazing 1993 Ford Mustang SVT Cobra up for grabs at Bring a Trailer. The ultimate Fox Body (save for the Cobra R) has always been a desirable machine, but this one has already reached ludicrous territory with a high bid of $105k (as of this writing) with six full days to go in the auction. 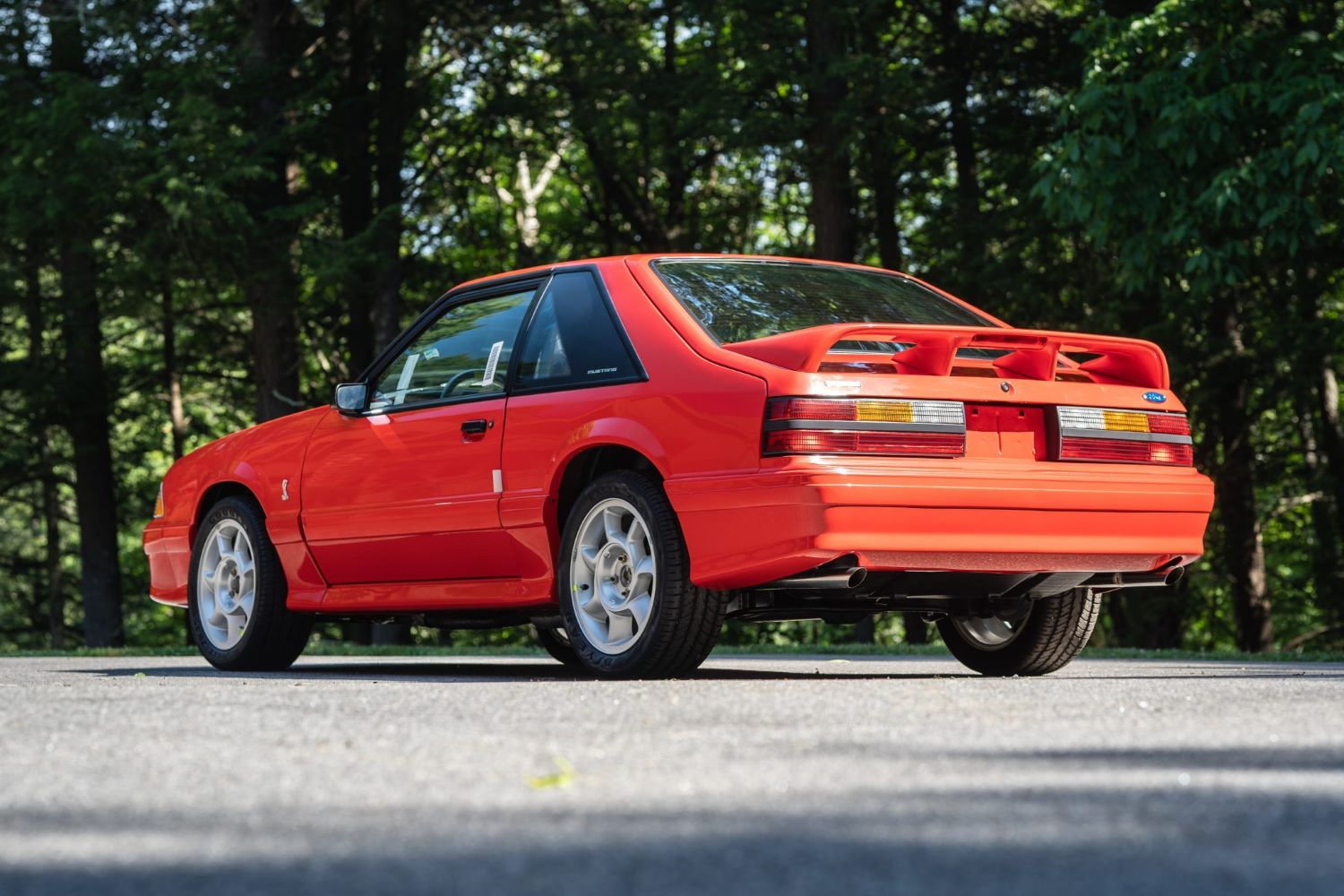 There’s at least one good reason for that, and that’s the fact that this particular 1993 Ford Mustang SVT Cobra has just 16 miles on the clock. This, despite the fact that it’s had a couple of owners after the seller acquired it back in 2008. Over the years, it’s also been registered in four different states. Regardless, this SVT Cobra remains in as-delivered condition, with stellar Vibrant Red paint, perfect Opal Gray leather, and all of the pre-delivery plastic still intact. 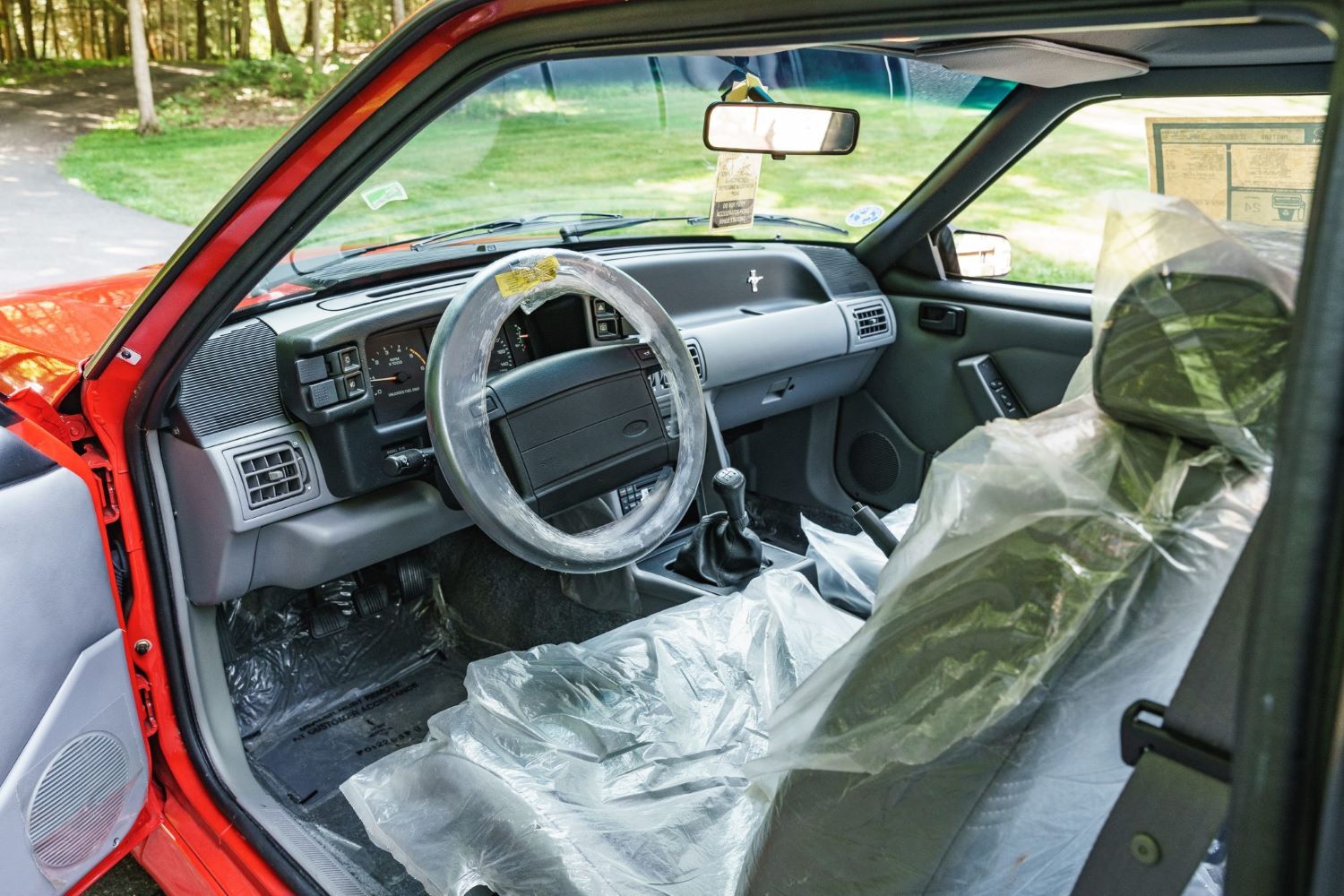 Astute Mustang fans will undoubtedly notice that the car’s wheel center caps are missing, but that’s because even those are still wrapped in plastic. All the stickers, tags, decals, and other pre-delivery goodies are in place, which is quite interesting, but not terribly surprising. After all, everyone knew that the ’93 Cobra was going to be an instant collectible and future classic before it even hit dealerships. 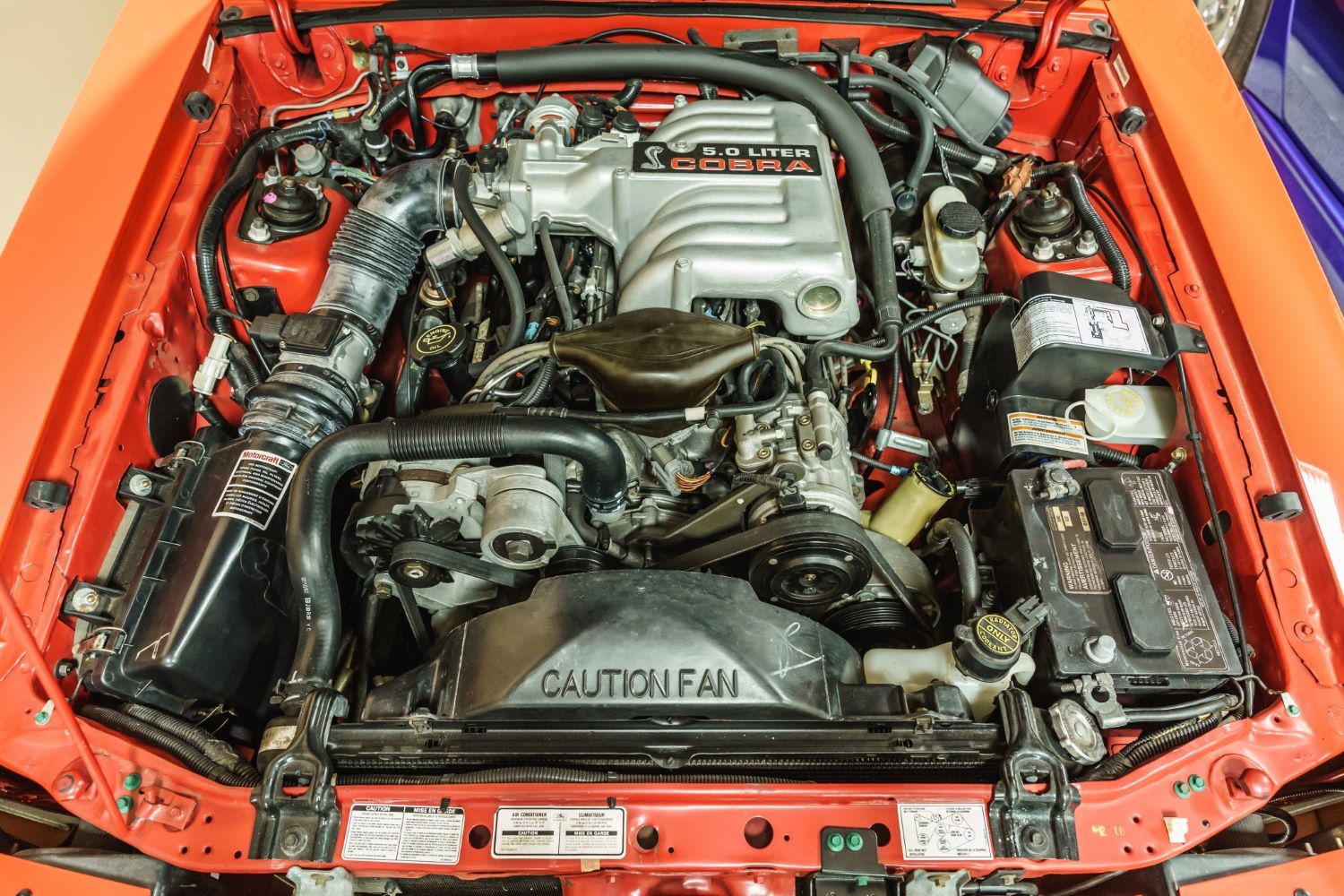 Produced in low numbers, particularly when equipped with a sunroof as this example is, there’s no denying that the last and best Fox Body Mustang is a collectible vehicle. But it still blows our mind to see cars like this one stored for decades and never driven. Regardless, that decision looks like it will pay off, as this essentially brand new Cobra is a lock to sell for several times its original MSRP of $21,578.