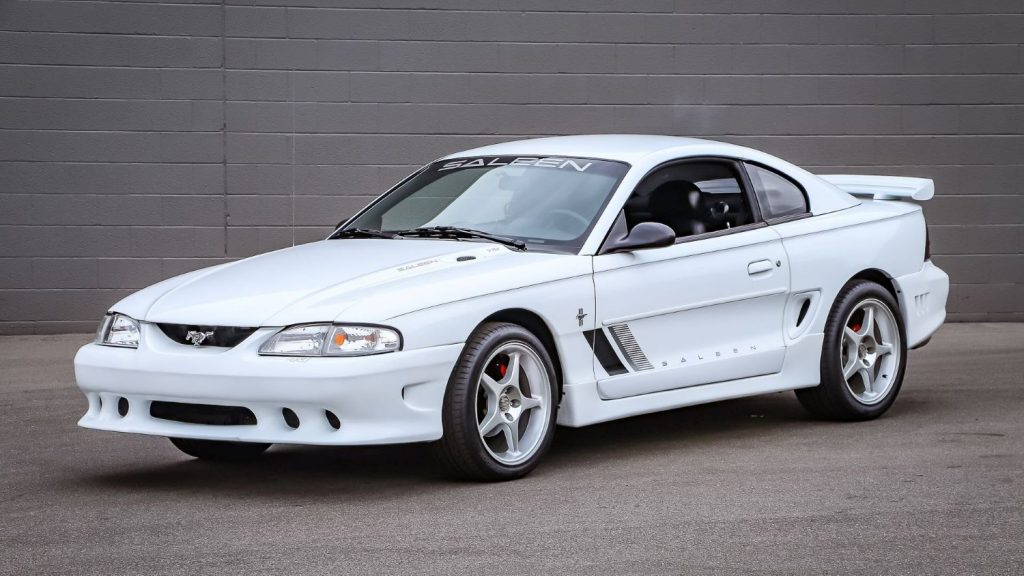 With the exception of special models like the Bullitt, Mach 1, and Cobra, the SN95 generation of the Ford Mustang didn’t offer much in the way of performance, with the GT hovering around the 215-260 horsepower mark. However, as has historically been the case, a number of aftermarket companies were ready and willing to help out in that department, including long-time Mustang builders Saleen. However, this 1994 Ford Mustang GT up for sale at Garage Kept Motors is merely a Saleen clone, albeit a darn good one with a rather interesting powerplant. 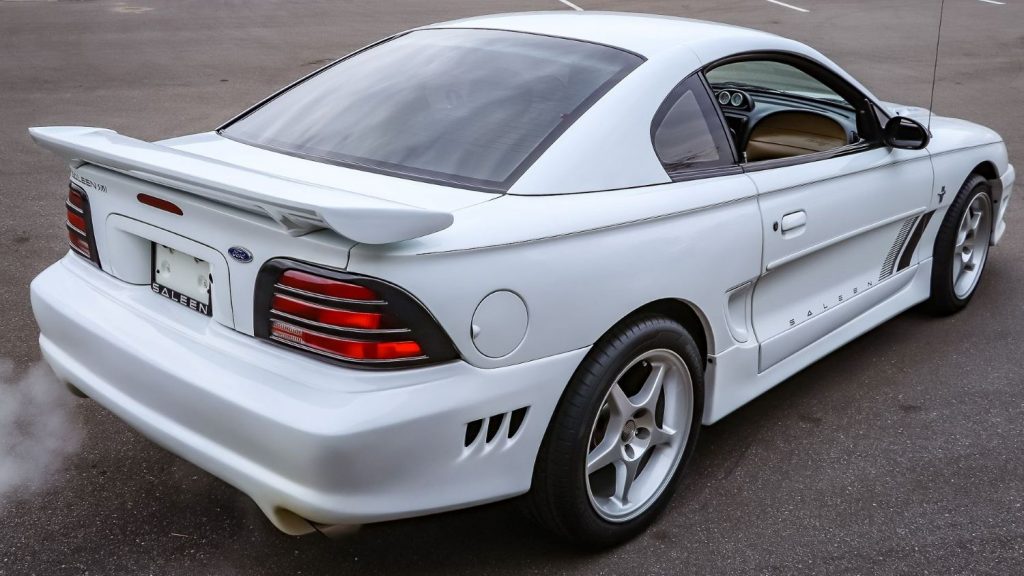 On the outside, the 1994 Ford Mustang GT has received a total visual makeover with all the requisite Saleen body parts, including new front and rear bumpers, side skirts, a rear spoiler, black taillight trim, and the full array of Saleen graphics. Only the wheels – a set of Cobra R pieces – deviate from the look, which is authentic enough to fool most. 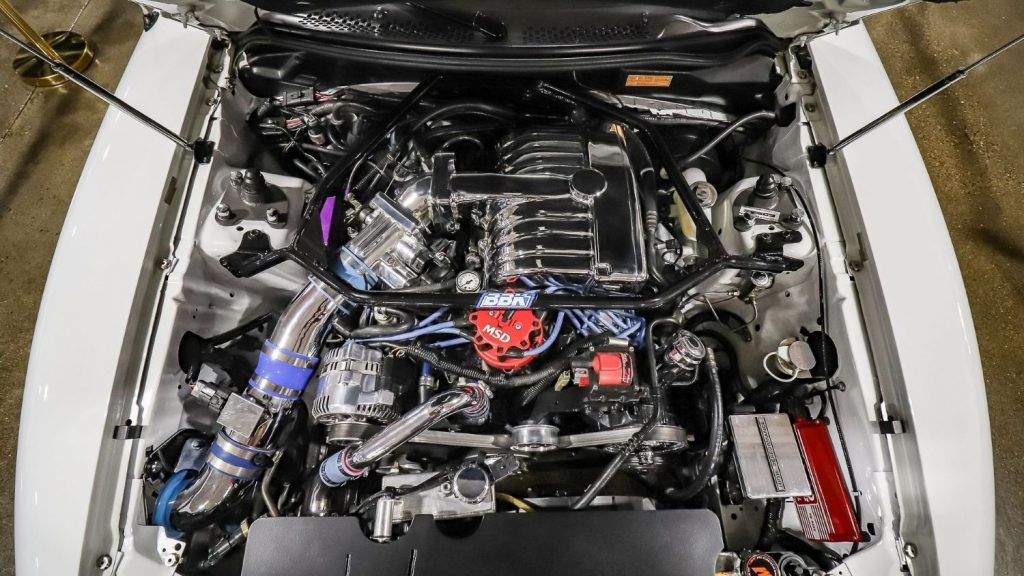 However, this clever Saleen clone isn’t powered by a regular old pushrod 5.0L V8 or the later 4.6L modular V8 – rather, it’s been stuffed with a brand new Ford Racing 347 cubic-inch stroker with an array of performance parts including an Edelbrock intake manifold, 30-pound injectors, shorty headers, a Borla exhaust, and a BBK cold-air intake. On the dyno, this combination was good for 264 horsepower and 306 pound-feet of torque. 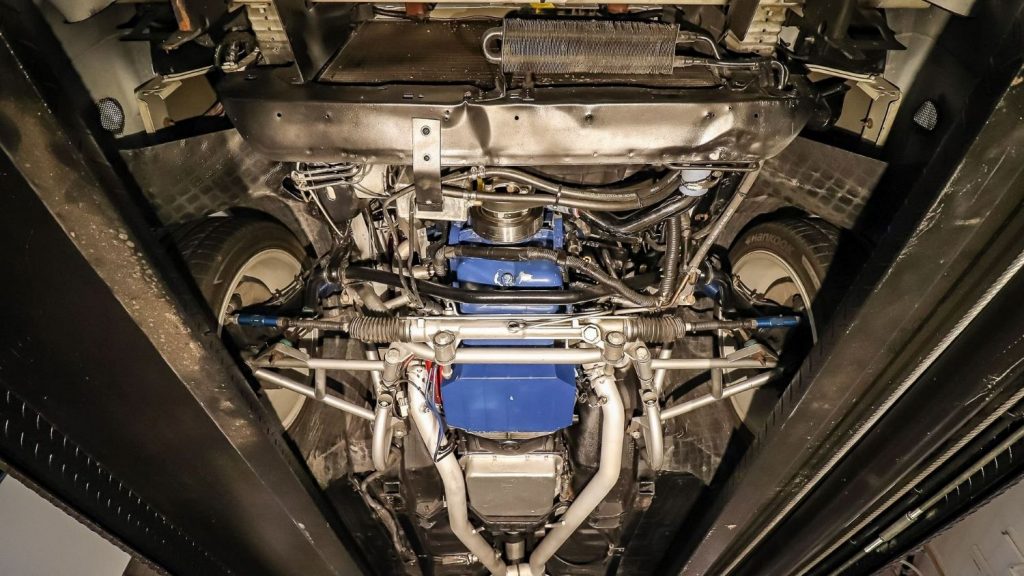 In case that isn’t enough, this Mustang has also been fitted with a ZEX nitrous oxide system, which should provide plenty of extra juice in case the new owner wants to go racing. The fresh powerplant sends its power back to a limited-slip differential fitted with 3.55 gears via a four-speed automatic transmission with a shift kit. 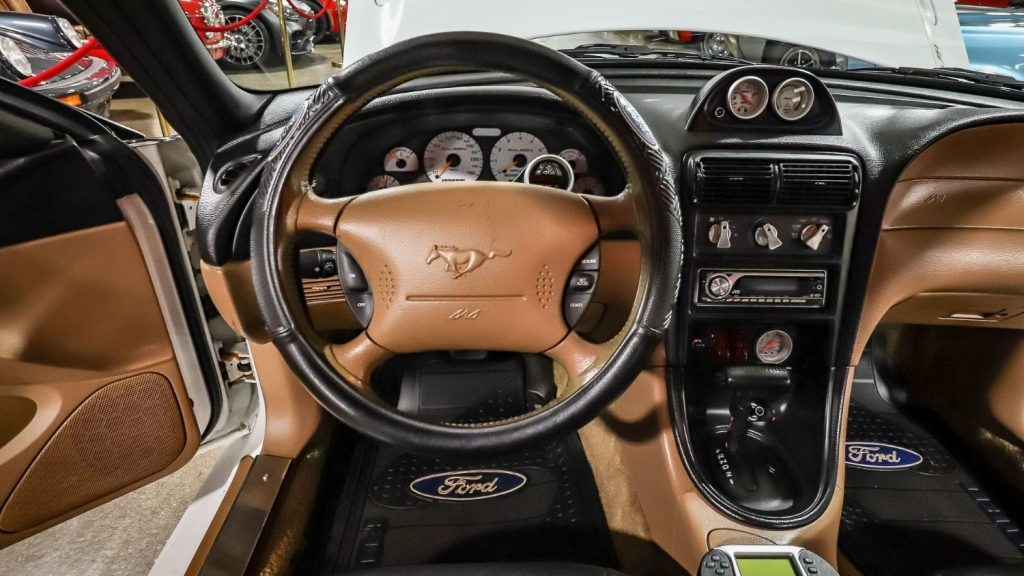 To help put that power to the ground, the Saleen tribute has also been treated to a host of suspension upgrades, including subframe connectors, a strut tower brace, UPR tubular front suspension components, caster/camber plates, Bilstein shocks, and AirLift rear airbags. Inside the cabin, a set of Saleen gauges round out a pretty comprehensive package. 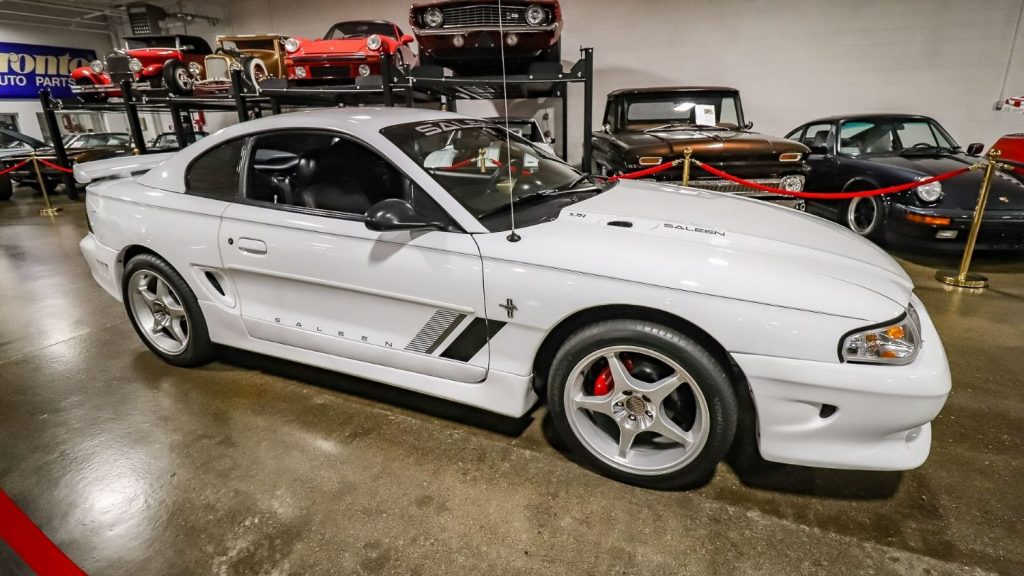 Altogether, this Mustang isn’t the typical clone that just features a set of badges or graphics slapped on for good measure. It’s a truly well-thought-out build and one that would be a lot of fun on the track, too.

We’ll have more cool cars for sale like this to share soon, so be sure and subscribe to Ford Authority for more Ford Mustang news and continuous Ford news coverage.