Back in April, Ford Authority reported that 2021 Ford F-150 Raptor production was part of Job #2, which applies to all Ford F-150 models built on or after July 6th, 2021 – meaning that production at the Ford Dearborn Truck Plant was capable of accommodating the third-generation Raptor after that date. However, production of the 2021 F-150 Raptor hasn’t started yet, leading to some internet speculation that the model may have been delayed. However, Ford Authority reached out to Ford and confirmed that this isn’t the case.

Since the 2021 Ford F-150 Raptor was revealed back in February, the automaker has maintained that the rugged off-roader will launch this summer. That timeline hasn’t changed, and Ford confirmed to Ford Authority that the model is still on track for a summer launch, and revealed that it will start shipping to dealers next month. However, these plans, as always, are subject to change, especially in light of the ongoing semiconductor chip shortage, which is still affecting Ford’s production in a big way.

As Ford Authority previously reported, 2021 F-150 Raptor banks opened up in mid-June, along with order banks for the F-150 Tremor and F-150 models equipped with the new Onboard Scales and Continuously Controlled Damping (CCD).

The all-new, third-generation 2021 Ford F-150 Raptor comes equipped with a host of new features, including a five-link rear suspension, 24-inch coil springs, Fox Live Valve internal bypass shocks, and 35-inch or, for the first time, 37-inch, specially-designed BFGoodrich all-terrain T/A K02 tires. The Raptor is powered by Ford’s third-generation 3.5L EcoBoost V6, which produces 450 horsepower and 510 pound-feet of torque – the same as the outgoing, 2020 F-150 Raptor – which is backed up by the automaker’s 10-speed automatic transmission. 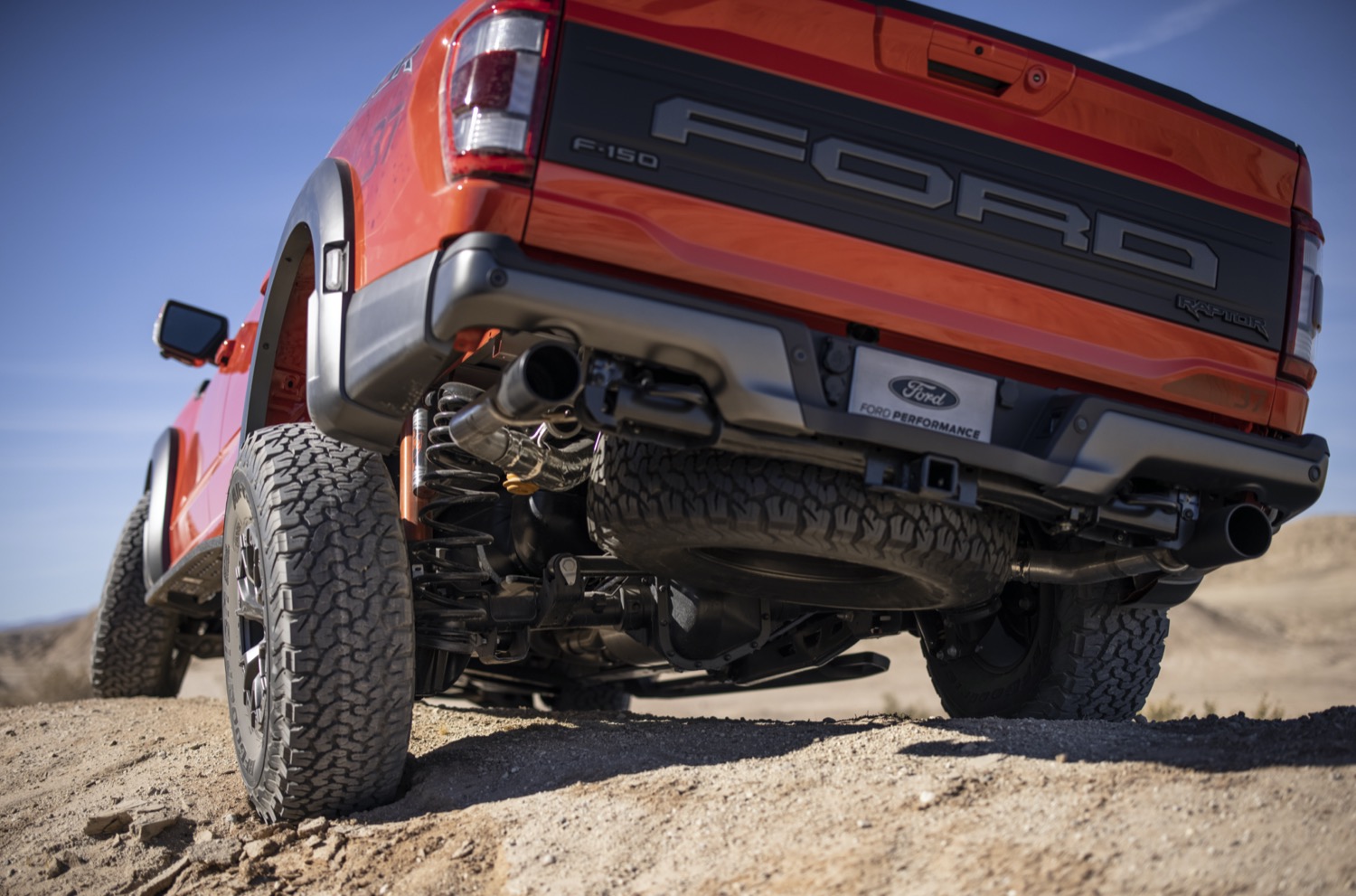 For those craving a little more, the Ford F-150 Raptor R is due to launch in 2022 and will be powered by Ford’s supercharged 5.2L Predator V8. However, this came as no surprise to many, as Ford Authority was the first to report that V8 power would be returning to the F-150 Raptor all the way back in 2019.

We’ll have more on the 2021 F-150 Raptor soon, so be sure and subscribe to Ford Authority for more Ford F-150 Raptor news and ongoing Ford news coverage.