Last week, Ford Authority reported that the 2022 Ford Maverick XL and XLT do not offer SYNC 3, which is available on Lariat-trimmed Mavericks equipped with the optional Lariat Luxury Package. The standard infotainment system otherwise looks essentially identical to the SYNC 3 system, and both feature 8-inch touchscreens as standard equipment. As it turns out, we discovered that not only does the standard unit feature more capability than released materials and Ford’s online configurator might suggest, but it also has a name – Connected Touch Radio. 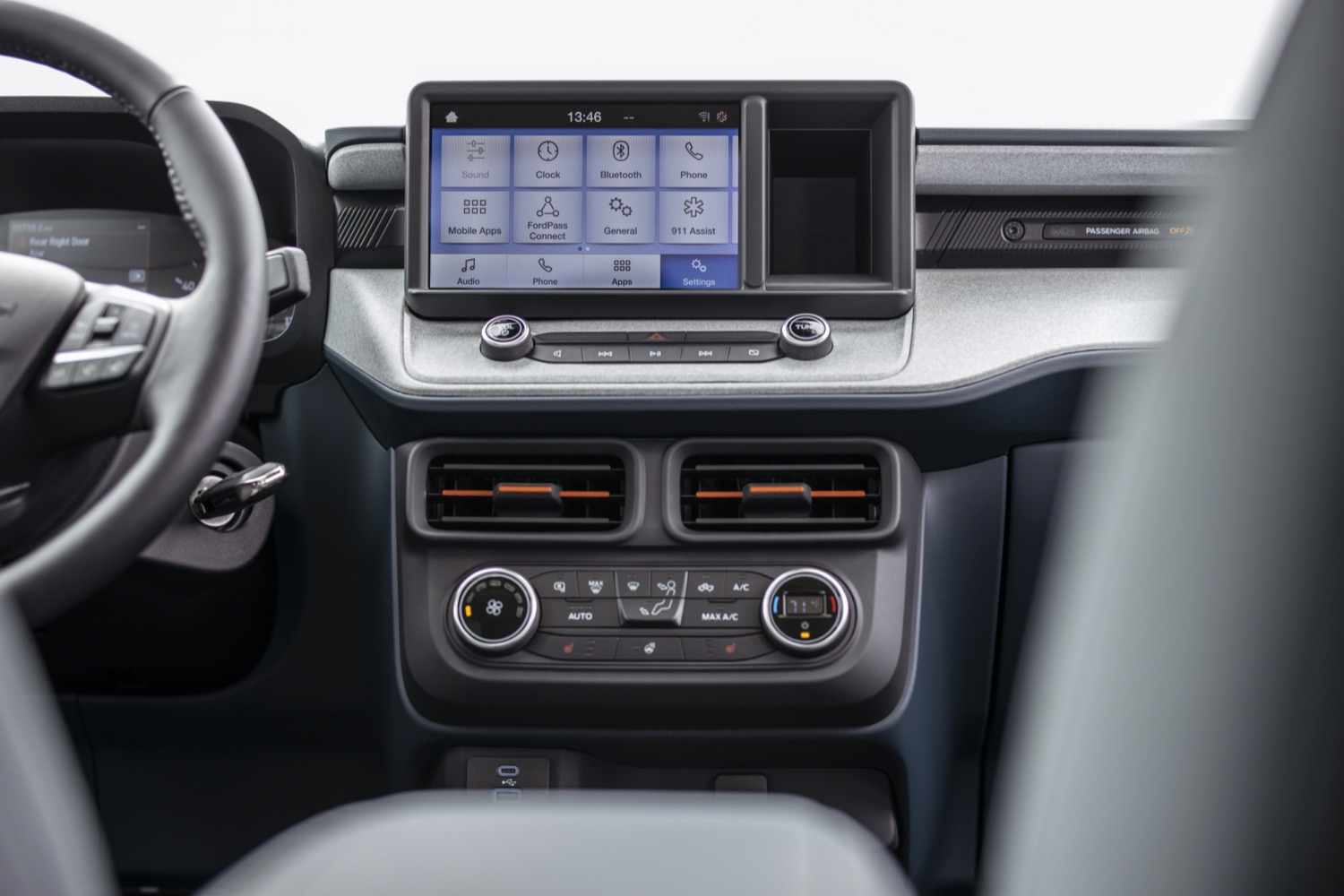 Ford simply refers to the Maverick’s standard infotainment system as an 8-inch center stack screen, but while clarifying its capabilities to Ford Authority, Ford also corrected us on the specifics of the system. Contrary to what other official documents state, the Connected Touch Radio does in fact come equipped with 911 Assist – which automatically dials 911 if the airbags are deployed – and Applink, which is Ford’s software architecture that allows certain apps to run on the automaker’s infotainment systems. These features work in conjunction with connected phones via Bluetooth, which is a core component of the Connected Touch Radio.

Having said that, it’s worth noting that there are still a few differences between the Maverick’s Connected Touch Radio and SYNC 3 in regards to native voice recognition. SYNC 3 gives users the ability to change radio stations, Sirius XM channels, and climate settings using their voice, and users can do the same with dedicated media devices like an iPod or iPod Touch.

Users can also use their phones wirelessly to make calls and have text messages read back to them. However, the base system does not have this capability, and neither Connected Touch Radio nor SYNC 3 offer wireless Android Auto or Apple CarPlay.