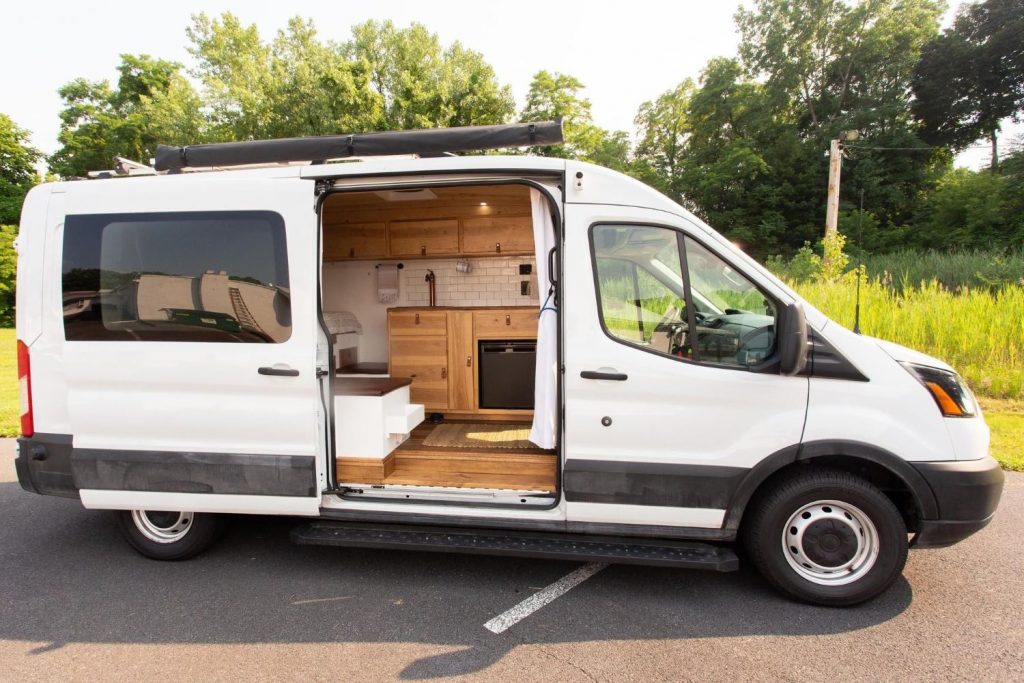 Without a doubt, one of the hottest trends in the automotive world these days is what many call #vanlife, which refers to those that choose to transform vans into what are essentially smaller RVs or campers. These vans present a blank canvas for those seeking to design and build their own mobile living space, which only adds to the appeal of traveling around the country and spending nights out in the wilderness. But those looking to take a shortcut and purchase an already-converted van can do so via this tastefully-appointed 2019 Ford Transit 150 up for grabs at Cars & Bids. 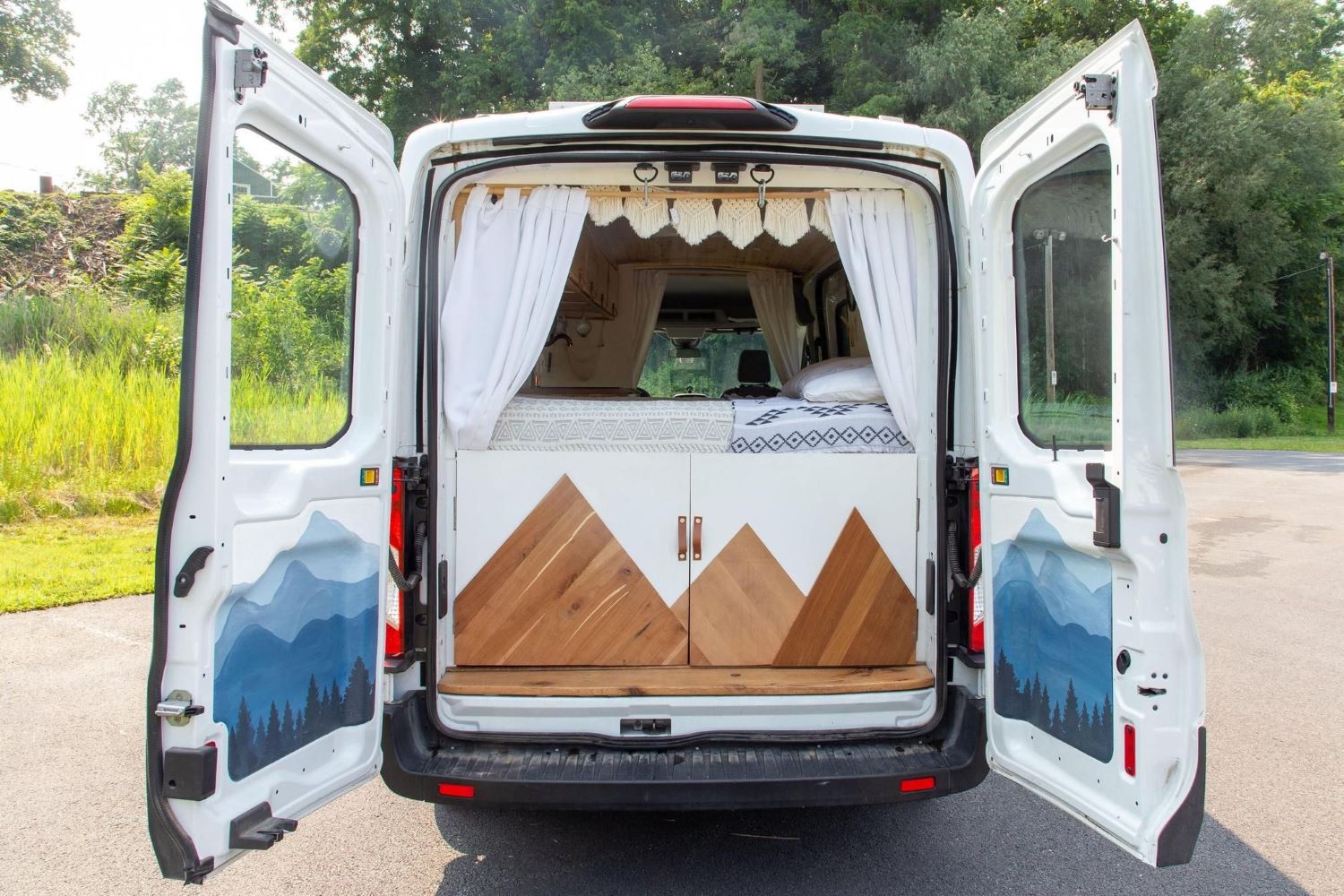 On the outside, this 2019 Ford Transit 150 looks, well, much like a normal old Ford Transit outside of its roof awning, WiFi security system, aftermarket running boards, roof rails, and solar panels up top. However, the inside is a different story altogether, with a beautiful mix of custom milled ash, oak, and cedar tongue and groove trim. 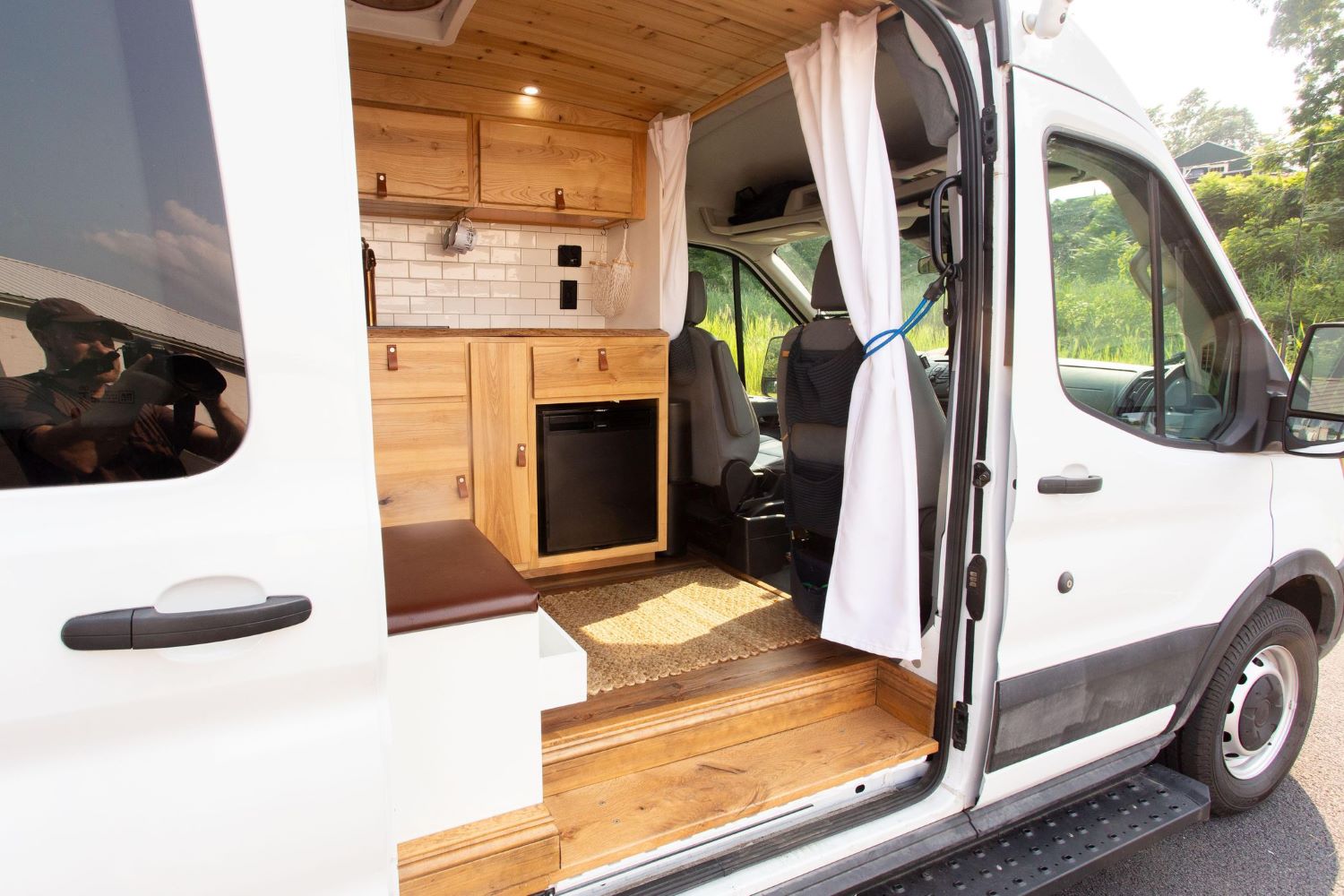 This Transit was designed to be a full-featured camper, which means that it has everything one might need for a night or several nights out in the woods. That includes a custom slide-out table, a bench seat with internal storage, a 68-inch memory foam mattress that sits on a tilting bed platform (with more storage underneath), and lots of cool touches like a hand-painted scene and custom wood inlays. 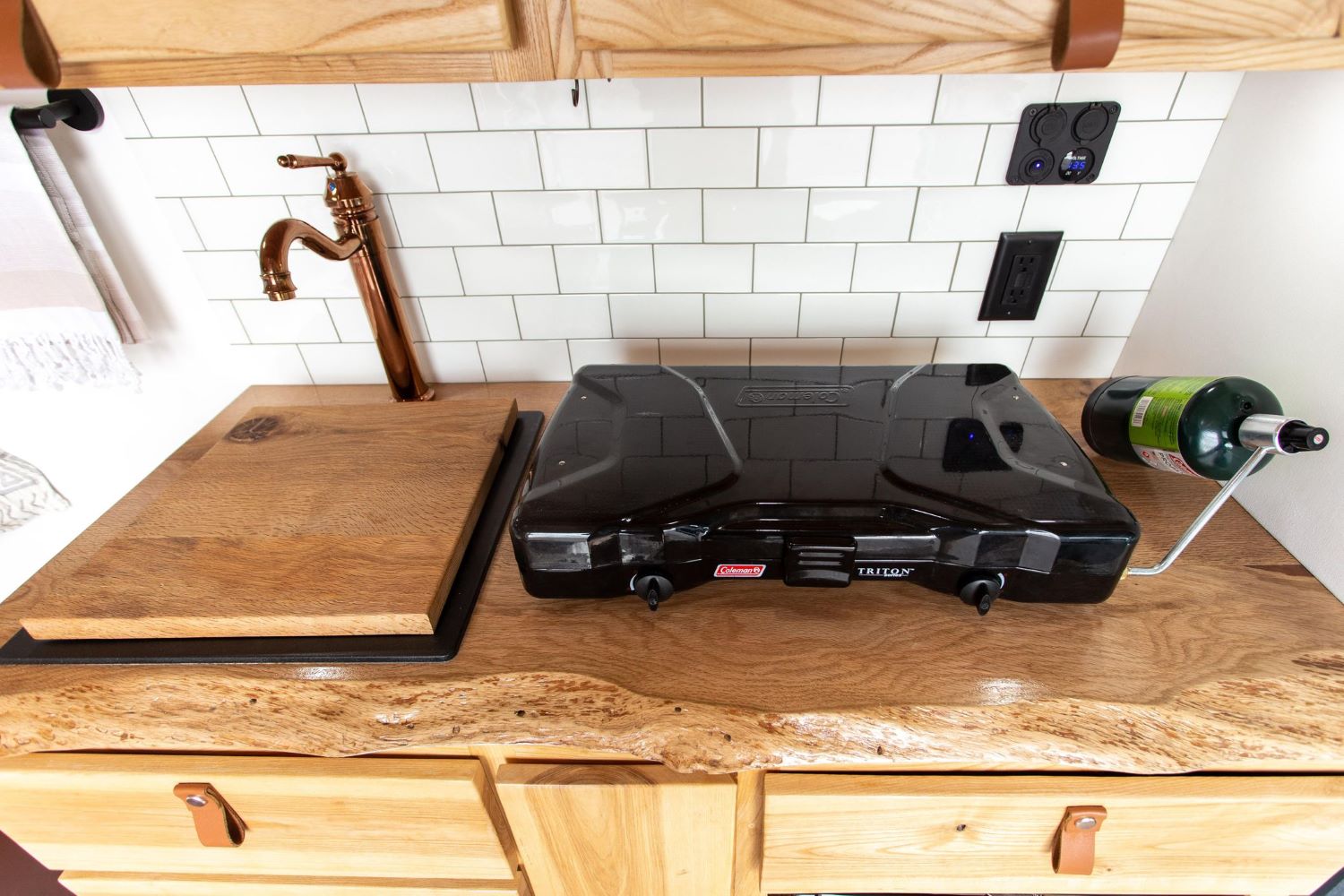 There are plenty of amenities present inside the van as well, including a kitchen with a subway tile backsplash, sink, two-burner propane stove, and fridge. A portable toilet is included as well, along with bug nets, a fire extinguisher, and six-gallon fresh and gray water tanks. A total of 200 watts of power is supplied by the aforementioned solar panels, while the Transit also offers 200 Ah AGM batteries and a 700w inverter. 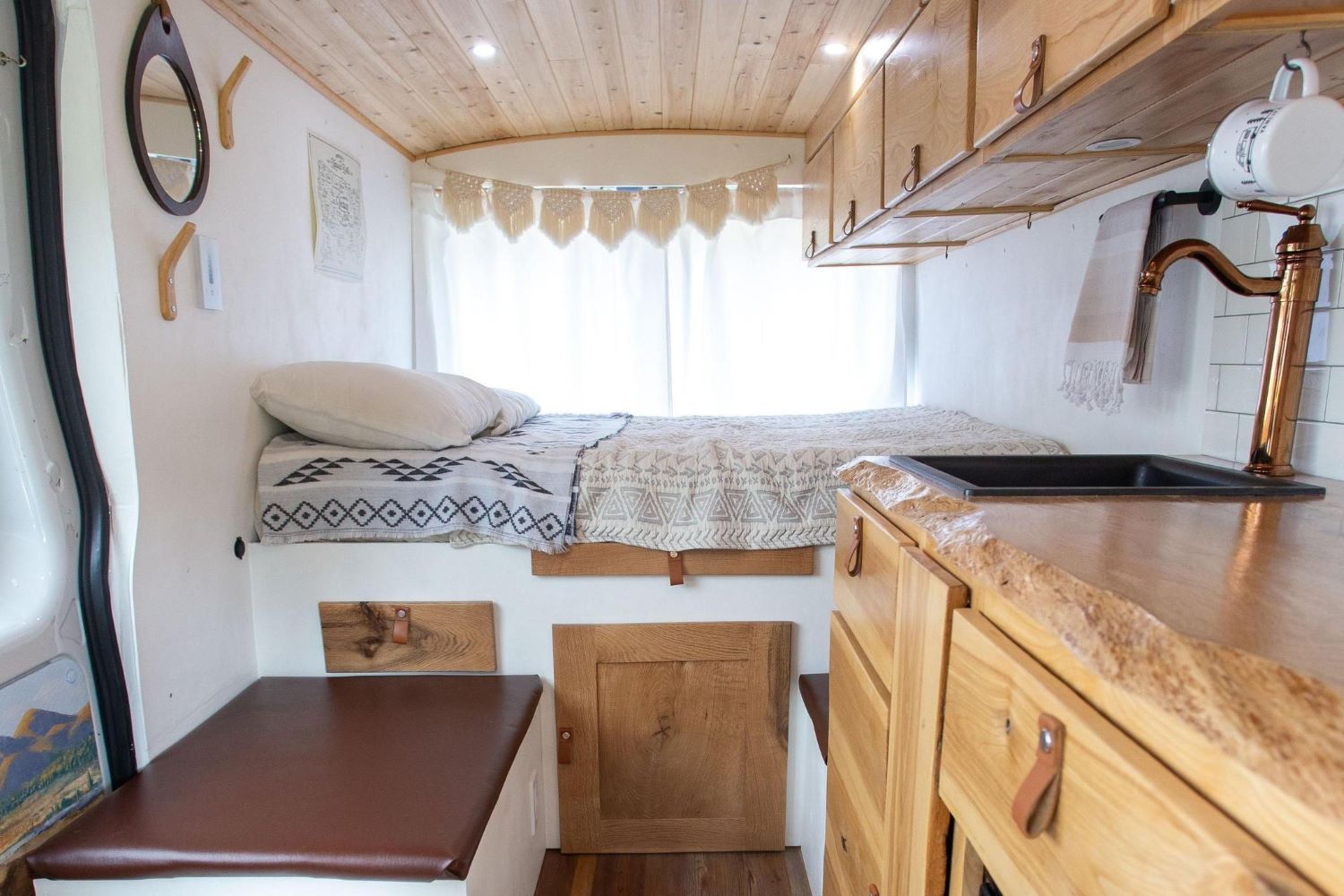 The seller clearly did a great job converting this Transit into a camper, and also racked up 20,000 of its 36,000 miles during their time of ownership. Now, it’s on to the next person, who will likely take it on their fair share of excursions, too.

We’ll have more cool auction finds to share soon, so be sure and subscribe to Ford Authority for the latest Ford Transit news and ongoing Ford news coverage. 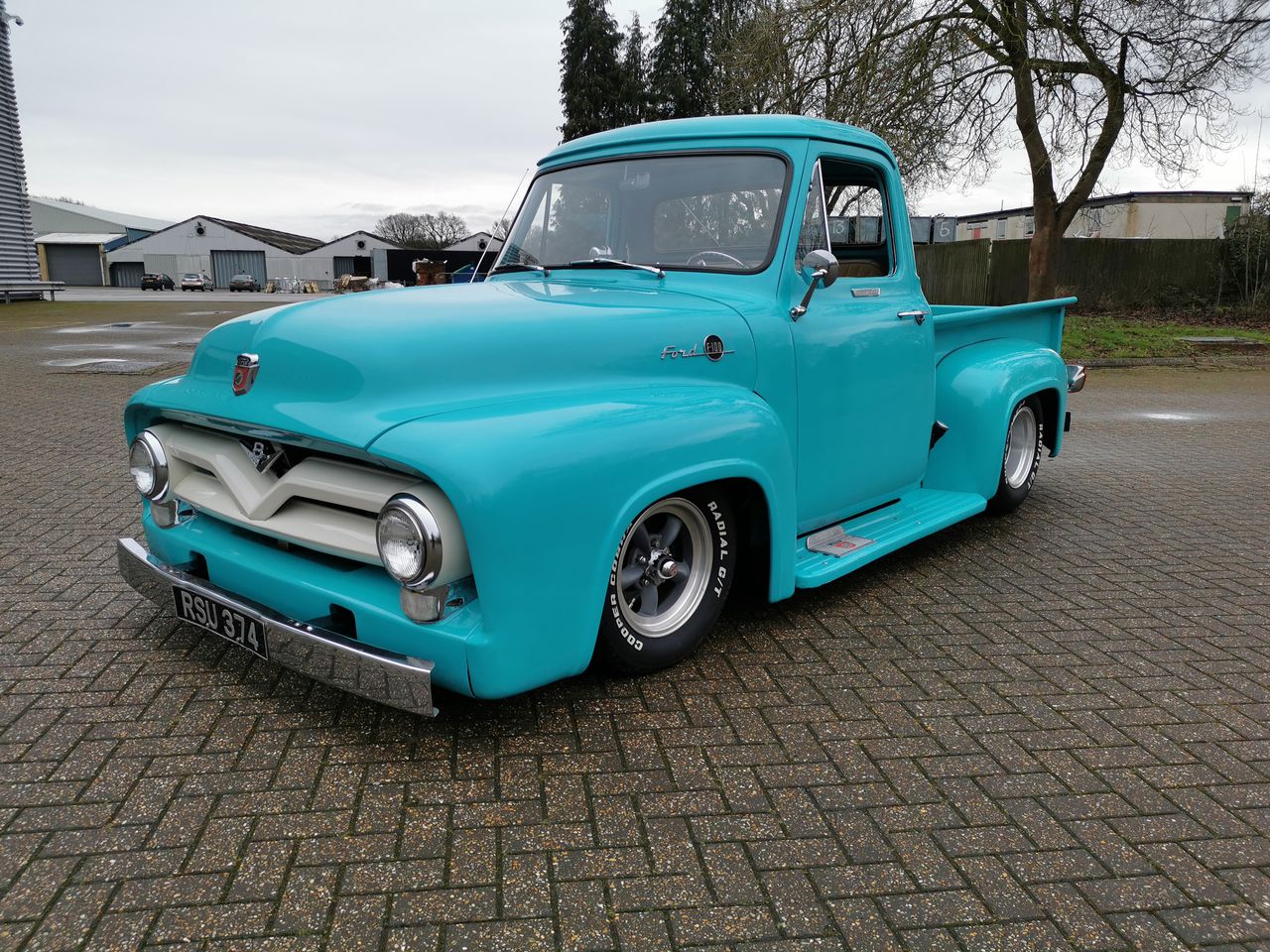 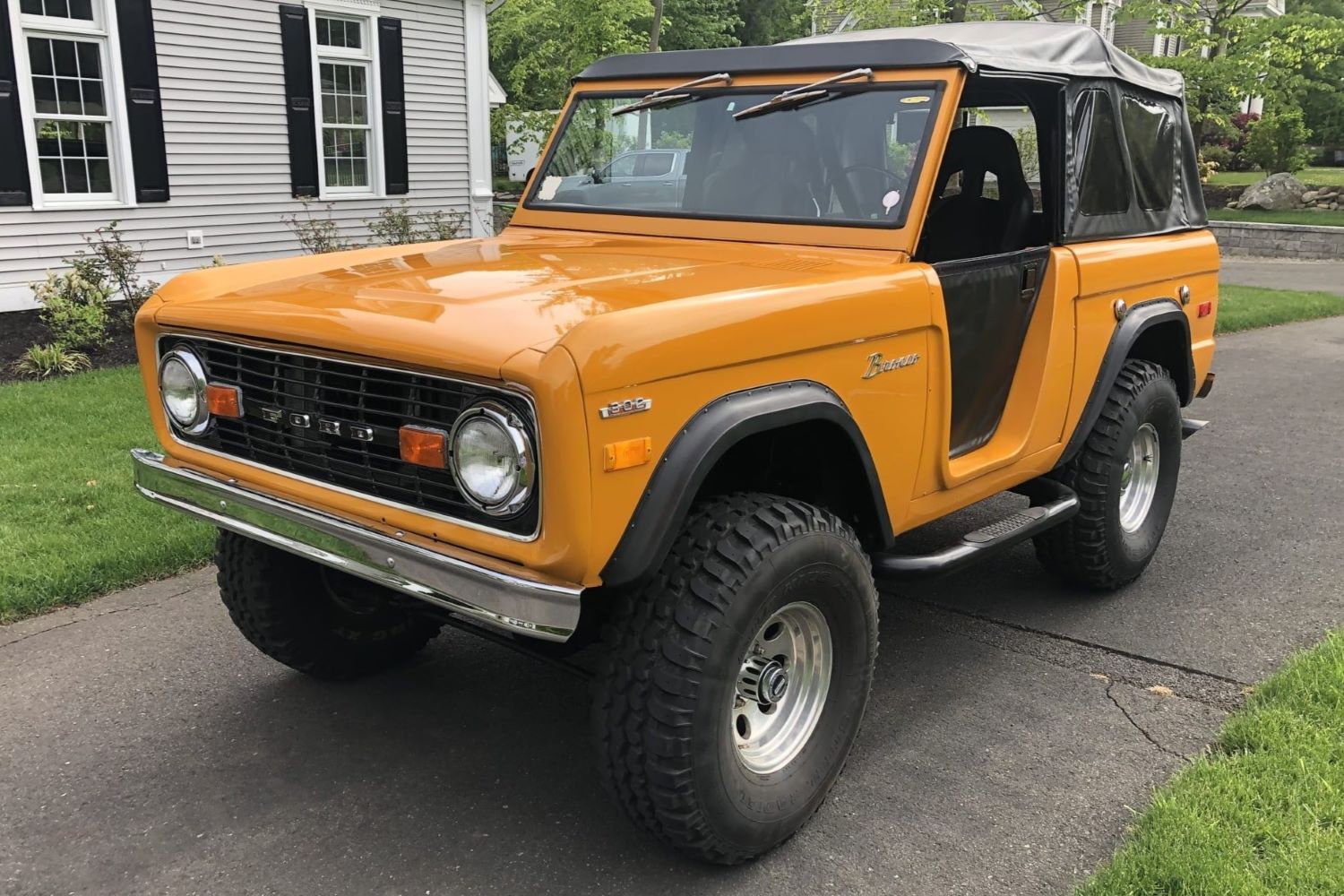