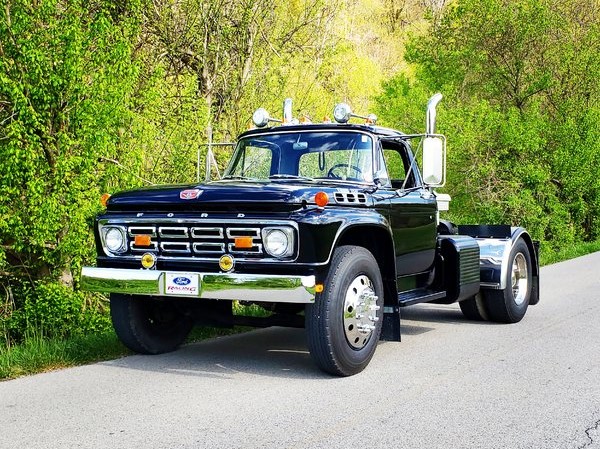 Ford began producing medium-duty trucks way back in 1948, slotting in between its light-duty pickups and heavy-duty haulers. Those trucks – the F5 and F6 – were eventually renamed the F-500 and F-600, and in the 1960s, the F-700 and F-750 joined the automaker’s medium-duty lineup. This custom 1964 Ford F-750 up for sale at Racing Junk is a fine example of that breed, but it’s also quite different than anything that rolled off a Blue Oval assembly line. 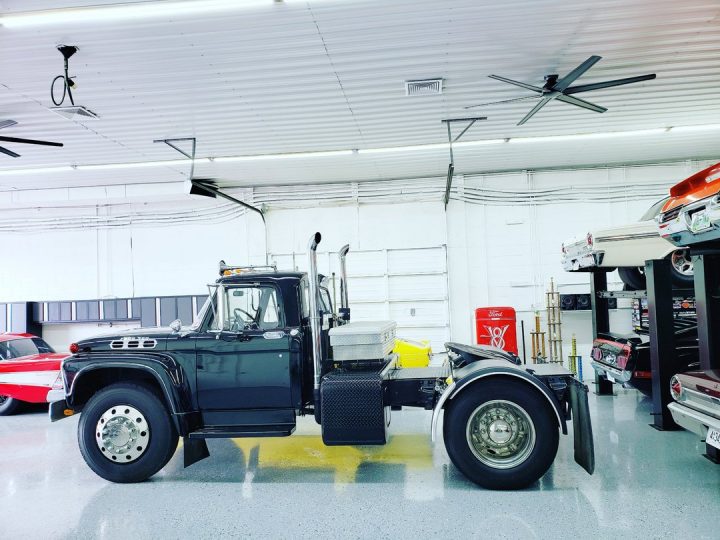 This particular 1964 Ford F-750 has been converted into a dually with a fifth-wheel hitch to haul heavy trailers with, but it’s also nice enough to rack up awards at car shows. The exterior of the custom rig has been given the semi-truck treatment, with features like big side mirrors, exhaust stacks, air horns, and a host of auxiliary lighting. The black paint and chrome – a truly timeless combination – lend a vintage vibe to the old pickup as well. 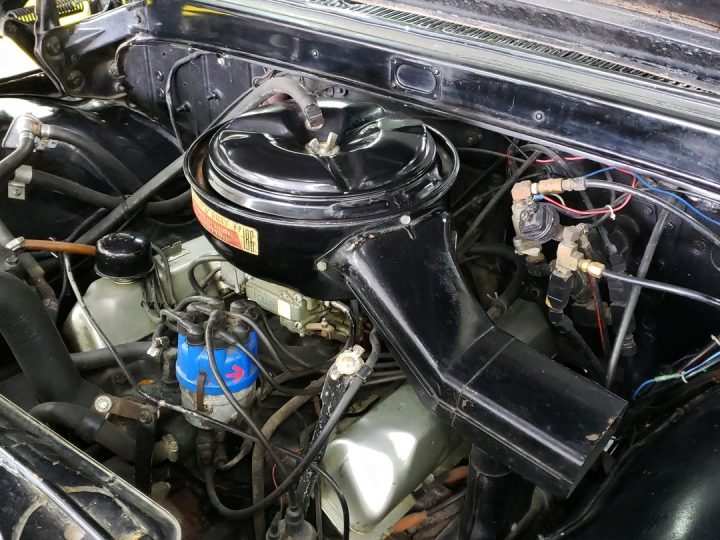 There are plenty of other functional upgrades present here as well, including three fuel tanks and air brakes to slow it down. The truck is powered by its original 330 cubic-inch V8, which is backed up by a five-speed transmission. The hard-working mill breathes through dual exhaust pipes leading to those aforementioned stacks and reportedly runs perfectly. 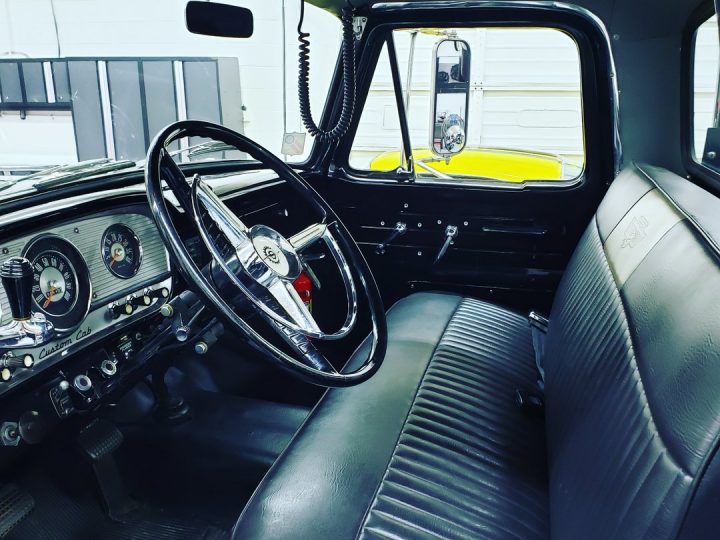 The cabin looks fairly original as well but has a few upgrades including an AM/FM/cassette radio, an air pressure gauge with a low air alarm, and aftermarket speakers. Otherwise, it’s all vintage Ford in here, with little more than a large steering wheel to grab and a big old vinyl bench seat to plant your rear on, though there’s certainly nothing wrong with that. 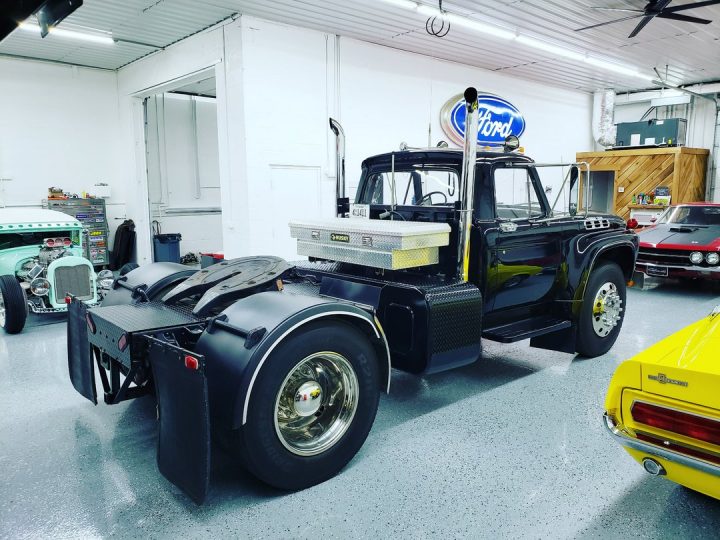 Rolling on semi-like wheels and big tires, this 1964 F-750 is reportedly a head-turner everywhere it goes, and that really comes as no surprise. This cool old truck is certainly unique, even without all of its custom bits and pieces.

We’ll have more cool builds like this to share soon, so be sure and subscribe to Ford Authority for the latest Ford F-Series news and continuous Ford news coverage.

Win One Vintage, One Modern Shelby GT350 Mustang At Once