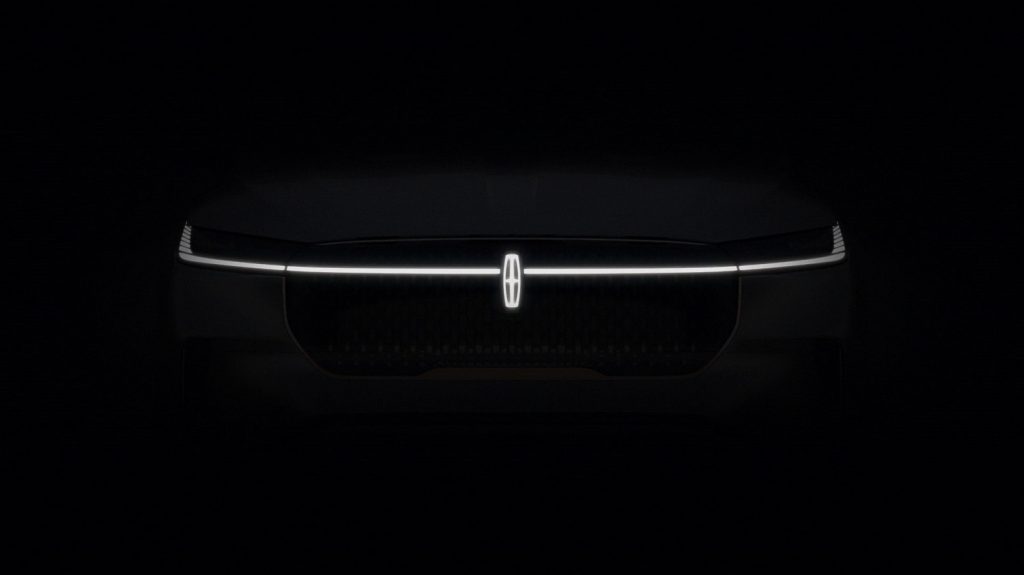 Last month, Lincoln announced that it will fully electrify its lineup by 2030, as well as launch its first all-electric vehicle next year, just in time for the luxury automaker’s 100th anniversary. At that time. we were treated to a few Lincoln EV teaser images, but only a couple of stylized interior shots and one very shadowy exterior image of the front end that doesn’t reveal much. Thus, Ford Authority decided to enhance this dark image and see if we could unveil any other details regarding the forthcoming EV. 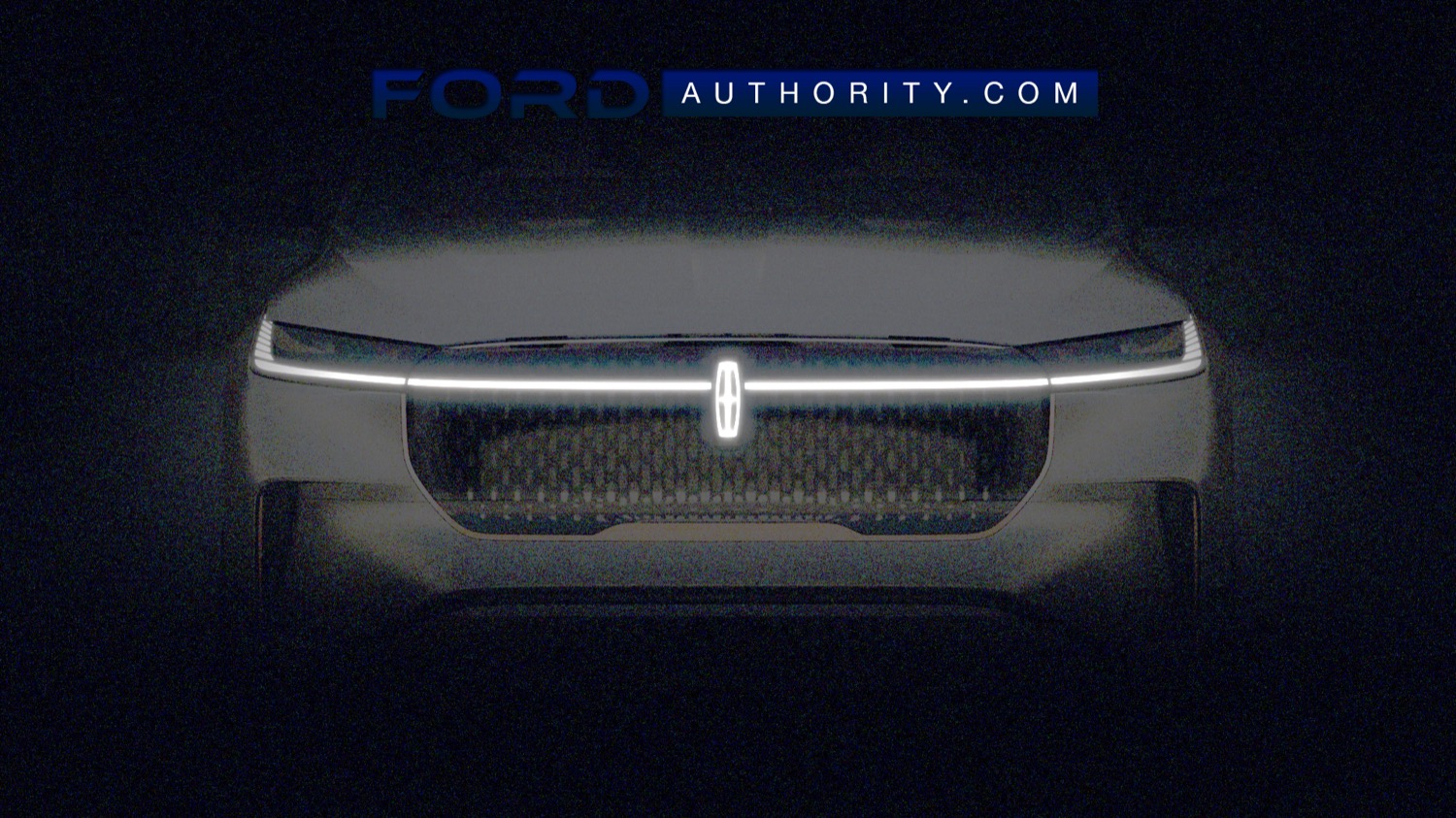 As we can see from this enhanced version of the Lincoln EV teaser, this future model is indeed heavily inspired by the Zephyr Reflection Concept that debuted at Auto Shanghai earlier this year. Lincoln refers to the look as its “Quiet Flight DNA” design philosophy, which it says will be used on all of its future models. The overall look is very similar to the Zephyr Reflection Concept, with a light bar that spans the entire width of the front end, an oval-shaped front grille with an indent in the bottom, and super slim headlights.

Meanwhile, Ford Authority spies captured a future Lincoln EV driving around earlier this week wearing a Ford Mustang Mach-E body. But while the Mach-E rides on Ford’s GE1 (Global Electrified 1) platform, the future Lincoln EV will be underpinned by the upcoming GE2 platform. In total, Ford has two new EV platforms in the works that cover an array of vehicle segments, as Ford Authority recently reported. 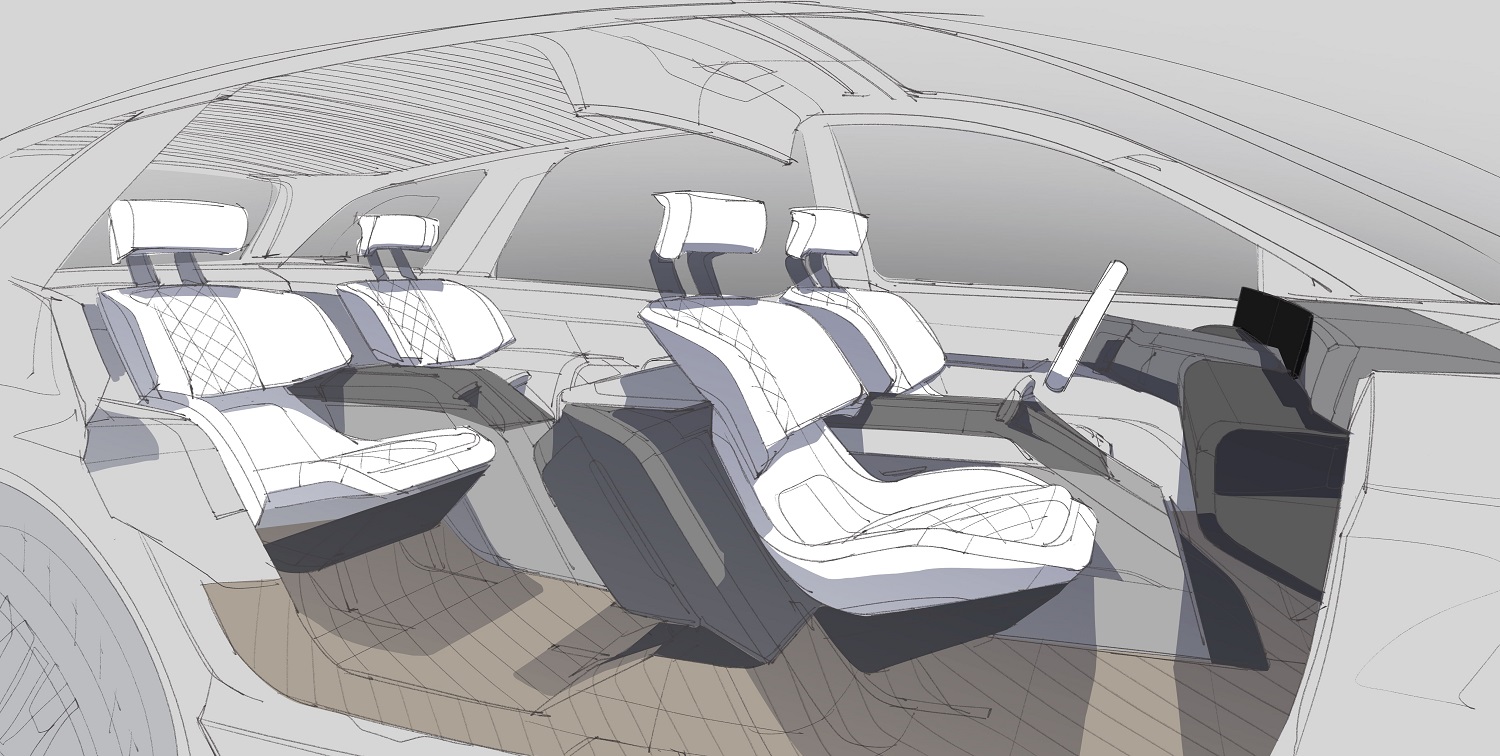 Lincoln says that the inside of its new EV will feature “a more spacious interior that creates the ultimate expression of the Lincoln sanctuary,” along with “a striking, modern aesthetic, thoughtful details, clever storage solutions, minimalistic panels, a larger, expansive panoramic vista roof, a coast-to-coast display, and a new digital design language – Constellation – that includes exclusive themes showcasing the night sky.”

We’ll have more on Lincoln’s future electric vehicle soon, so be sure and subscribe to Ford Authority for more Lincoln news and continuous Ford news coverage.