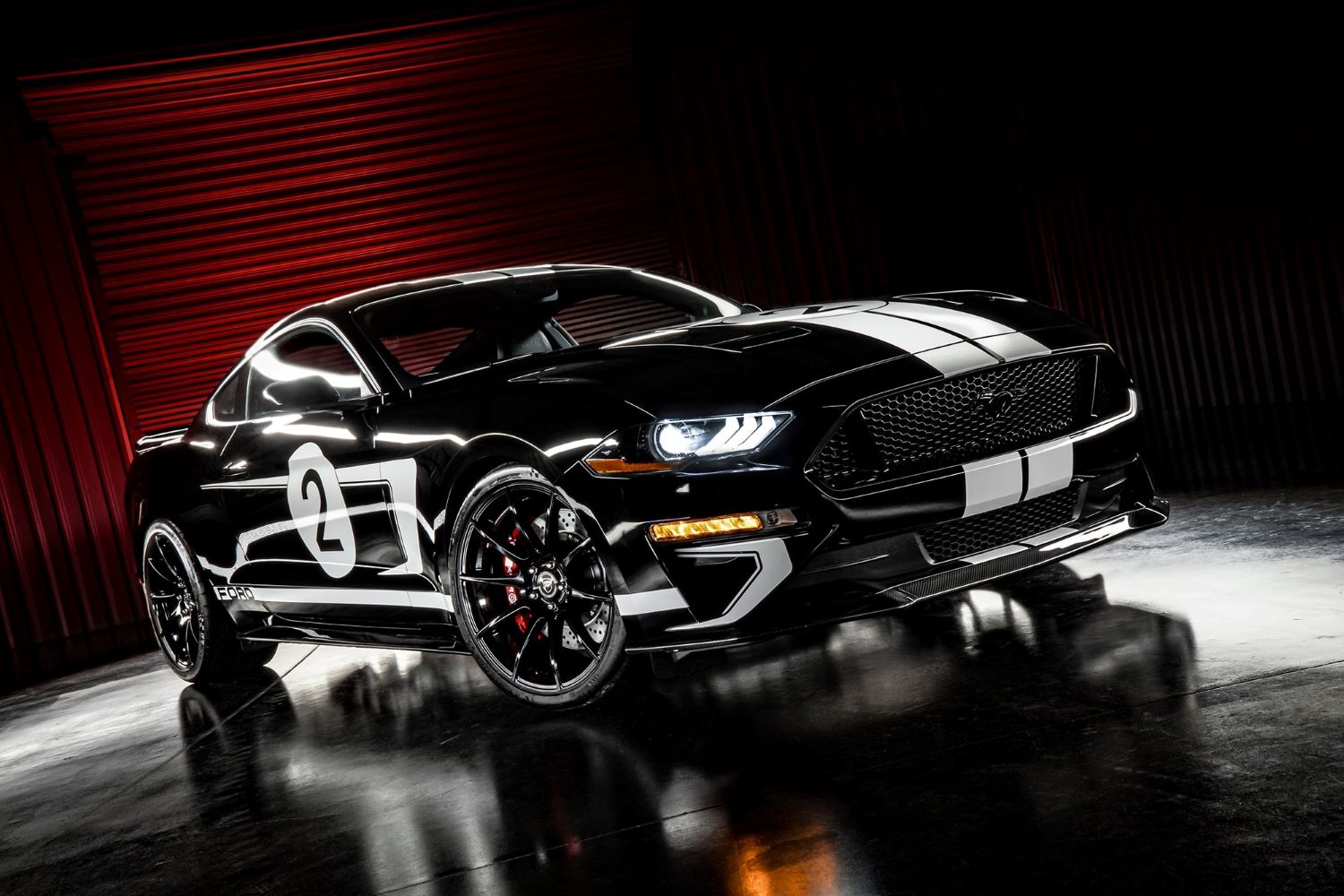 Those that weren’t around to witness Ford’s iconic 1-2-3 finish at the 1966 24 Hours of Le Mans have since been able to relive it via the movie Ford v Ferrari, creating renewed interest in that historic feat. Now, Hennessey Performance has created something a bit different to help celebrate that occasion as well – the Ford Mustang Legend Edition, a car fortified with copious amounts of power and a livery that takes inspiration from the Le Mans-winning Ford GT40 MkII driven by Bruce McLaren and Chris Amon. 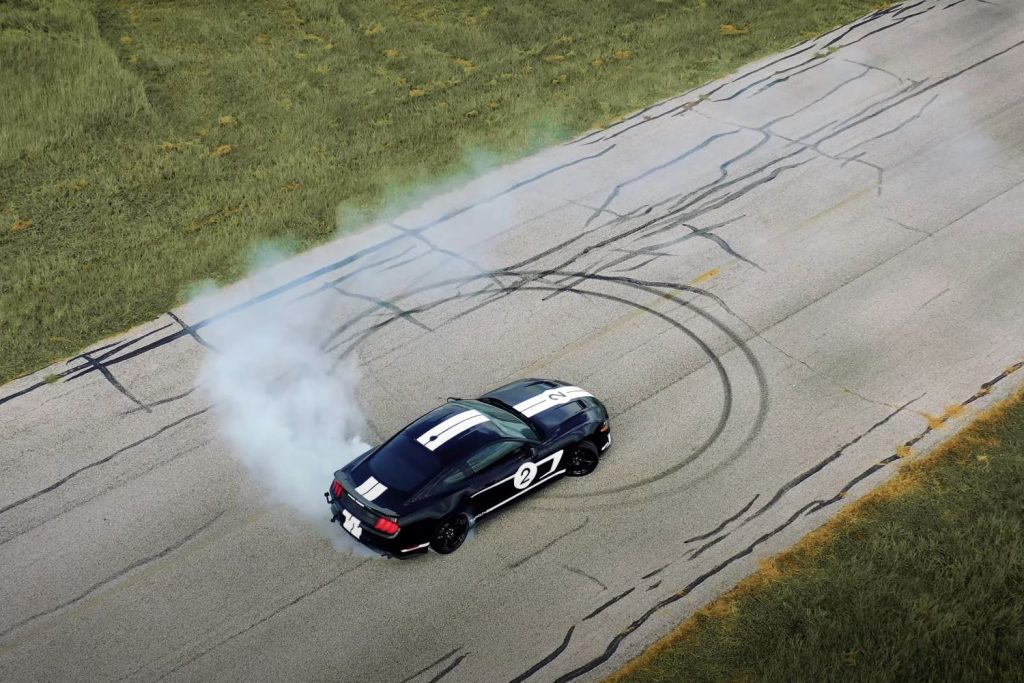 The Mustang Legend Edition mimics the historic racer’s looks with a special livery package that adds white stripes, graphics, and the number two to the doors and hood. Hennessey also added a host of CarbonAero carbon-fiber exterior parts to the mix, including the front splitter, side sills, rear spoiler, and Gurney lip. A set of 20-inch alloy wheels wrapped with Michelin Pilot Sport Cup 2 tires round out the exterior upgrades. 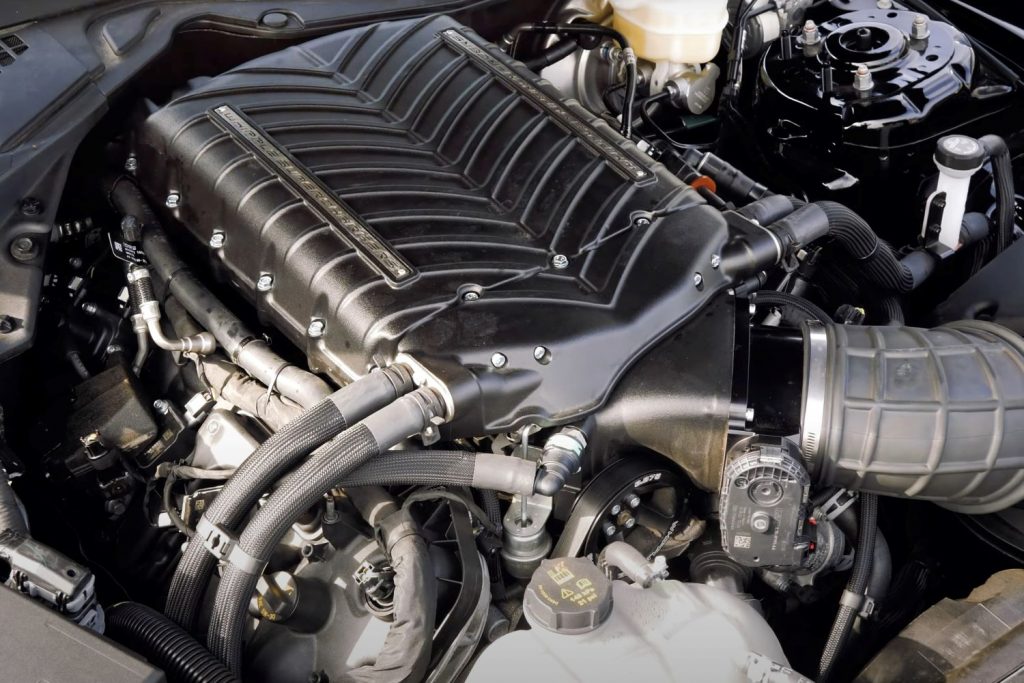 The heart of the Legend Edition lies under the hood, however, where Hennessey has enhanced Ford’s 5.0L Coyote V8 with a 3.0L Whipple supercharger, upgraded fuel injectors and fuel pump, an air to water intercooler, high-flow induction system, catback exhaust, and dyno tune. The result of those upgrades is an impressive 808 crank horsepower and 677 pound-feet of torque, good enough to propel the car to 60 miles-per-hour in just 3.3 seconds, down the quarter-mile in 10.7 seconds, and up to a 200+ mile per hour top speed. 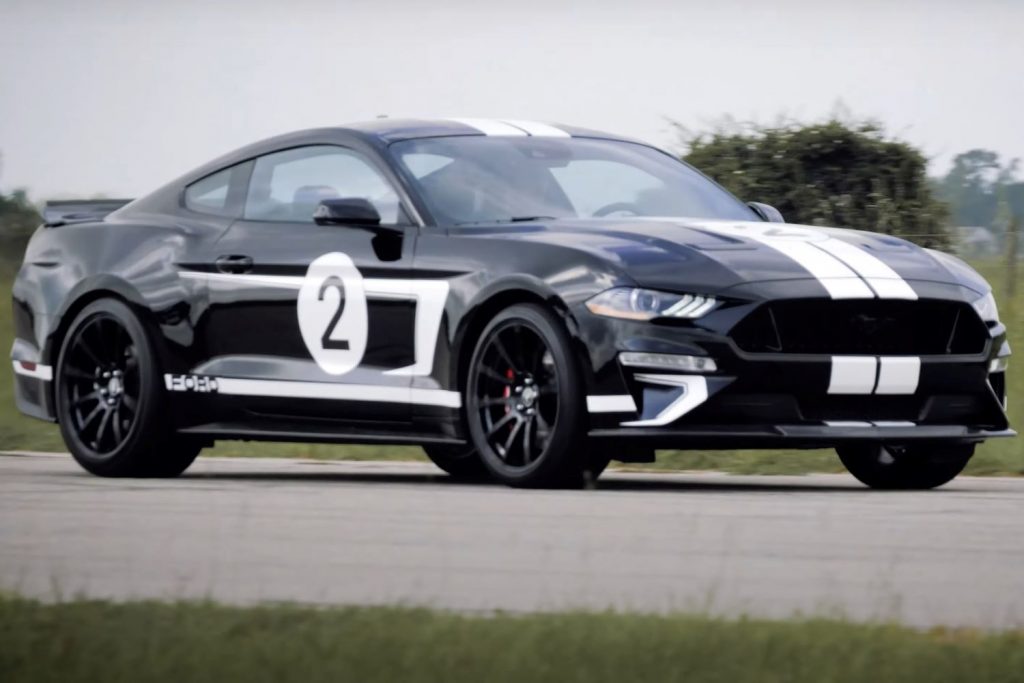 The Hennessey Mustang Legend Edition sits a bit lower than stock thanks to a revised suspension, and Brembo 6-piston calipers and 15.1-inch rotors help slow it down in a hurry. Inside, occupants will immediately know they’re riding in something special, as the Legend Edition features embroidered headrests and an individually numbered plaque.

The Legend Edition Mustang is limited to just 50 units, each selling at an unlisted asking price, which means that they aren’t cheap. But for those looking to capture a little bit of Ford’s Le Mans magic, silly barriers like money may not matter much.

We’ll have more tuner rides like this to share soon, so be sure and subscribe to Ford Authority for more Ford Mustang news and non-stop Ford news coverage.