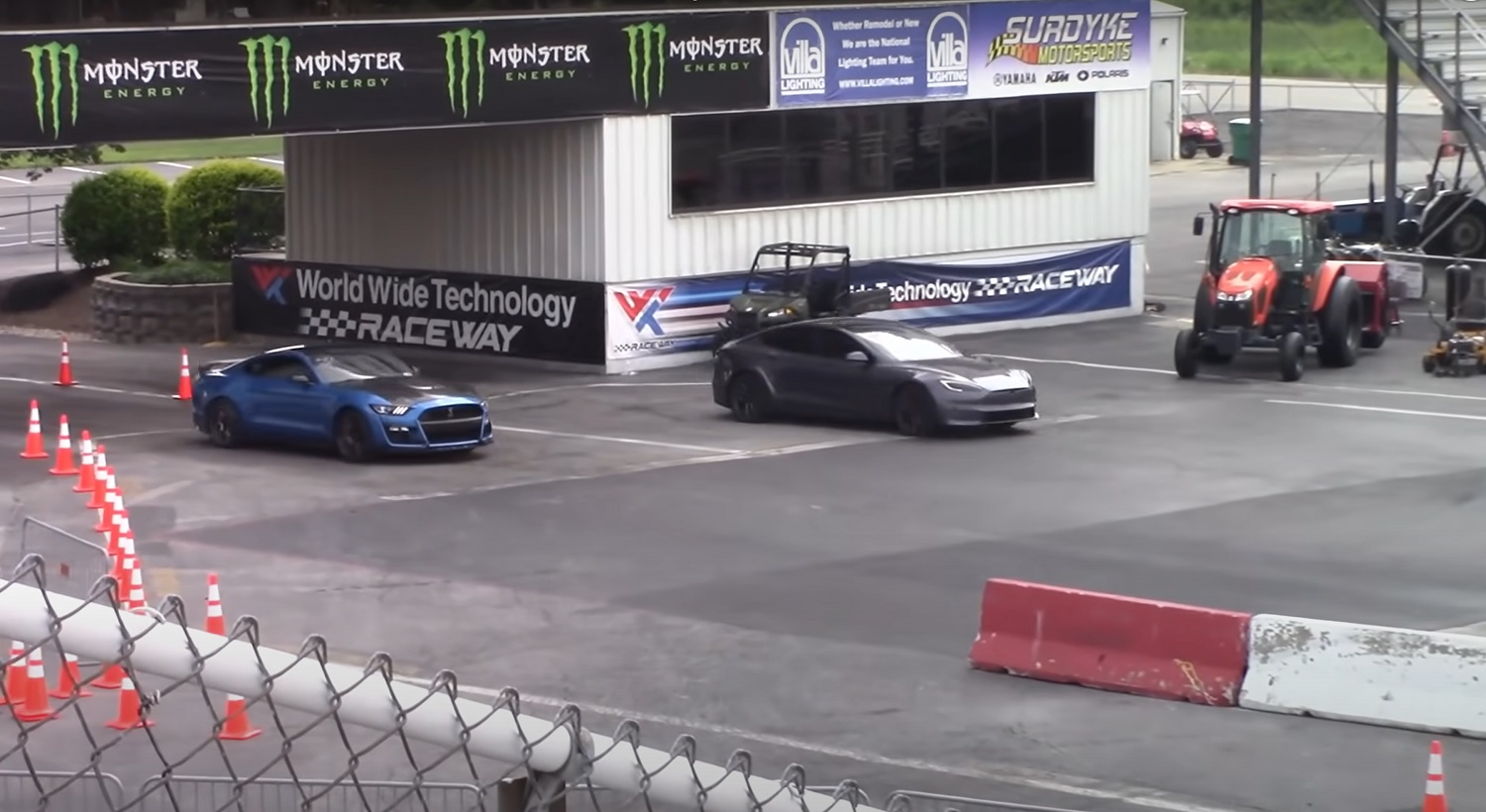 Much ado has been made about the new Tesla Model S Plaid, and for good reason. The newest, quickest, and fastest version of the long-running Model S sedan offers up 1,020 horsepower and a 0-60 time of less than two seconds, making it the quickest production car on the planet, for now. That’s obviously quite a bit quicker than a stock Ford Mustang Shelby GT500, but the GT500 in this video is far from stock. 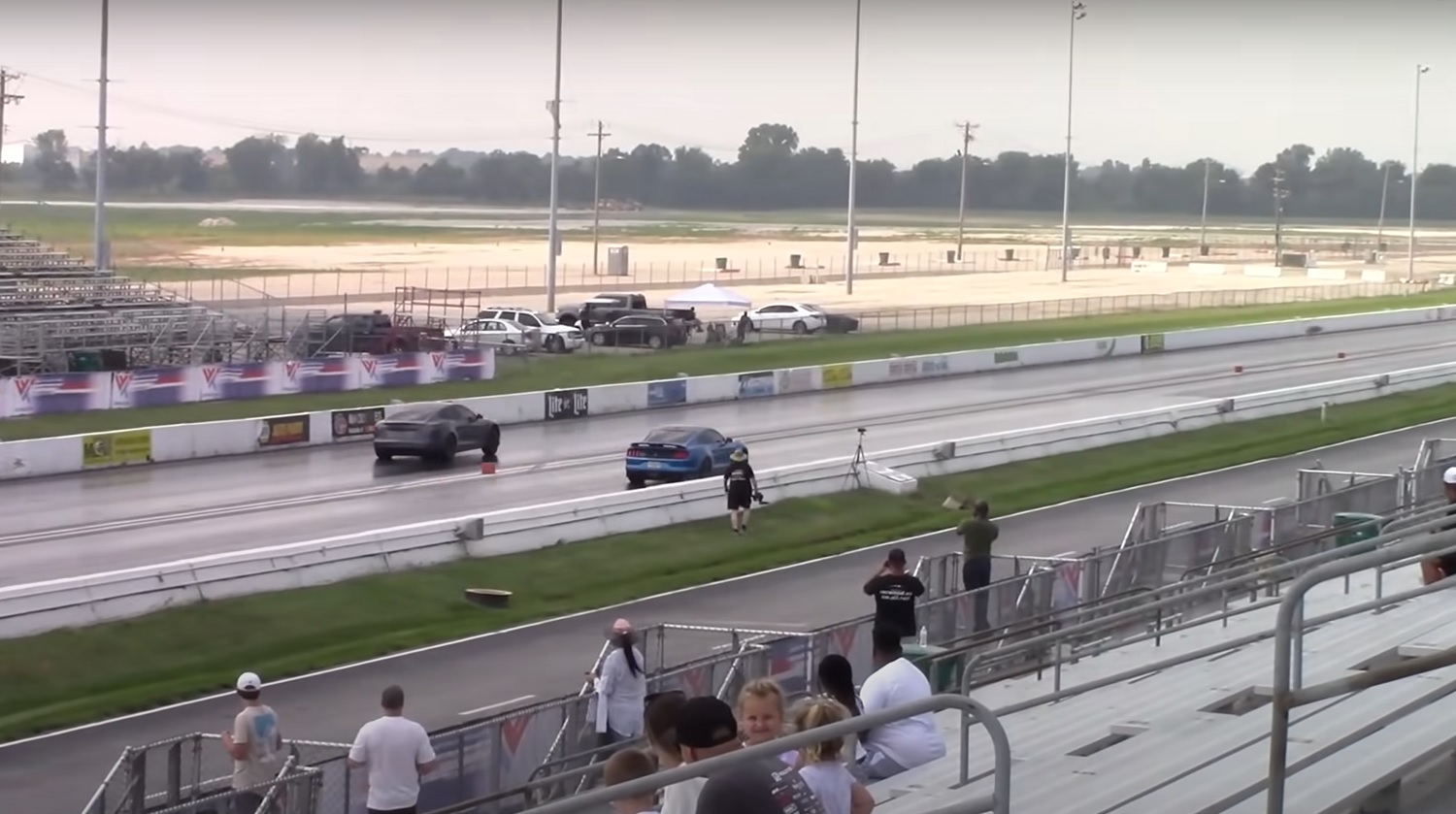 In stock form, the 2020 GT500’s 5.2L Predator V8 makes 760 horsepower and 625 pound-feet of torque. This particular example belongs to the well-known Ford Mustang tuner Palm Beach Dyno, however, and it has received a slew of upgrades including larger injectors, headers, a ported blower, smaller pulley, drag radials, and a tune, of course, which helps the car make 1,100 horsepower at the wheels. 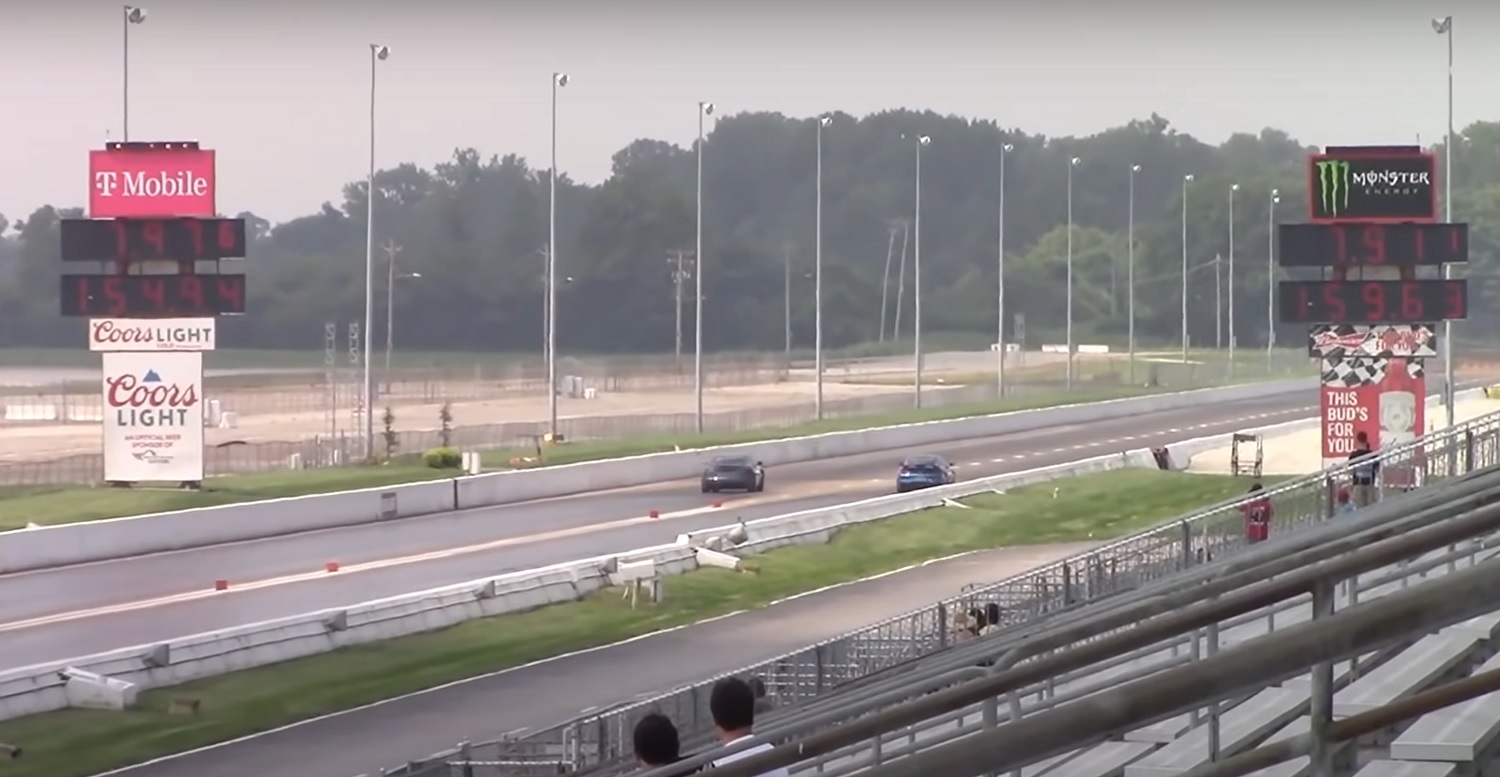 Flowing through Ford’s ultra-quick-shifting seven-speed dual-clutch transmission, that’s quite a combo in terms of straight-line performance. But is it enough to take down the mighty Tesla Model S Plaid and its all-wheel-drive configuration, no transmission, and instant electric torque? At the recent MITM Elite showdown in St. Louis, Missouri, the answer was yes. 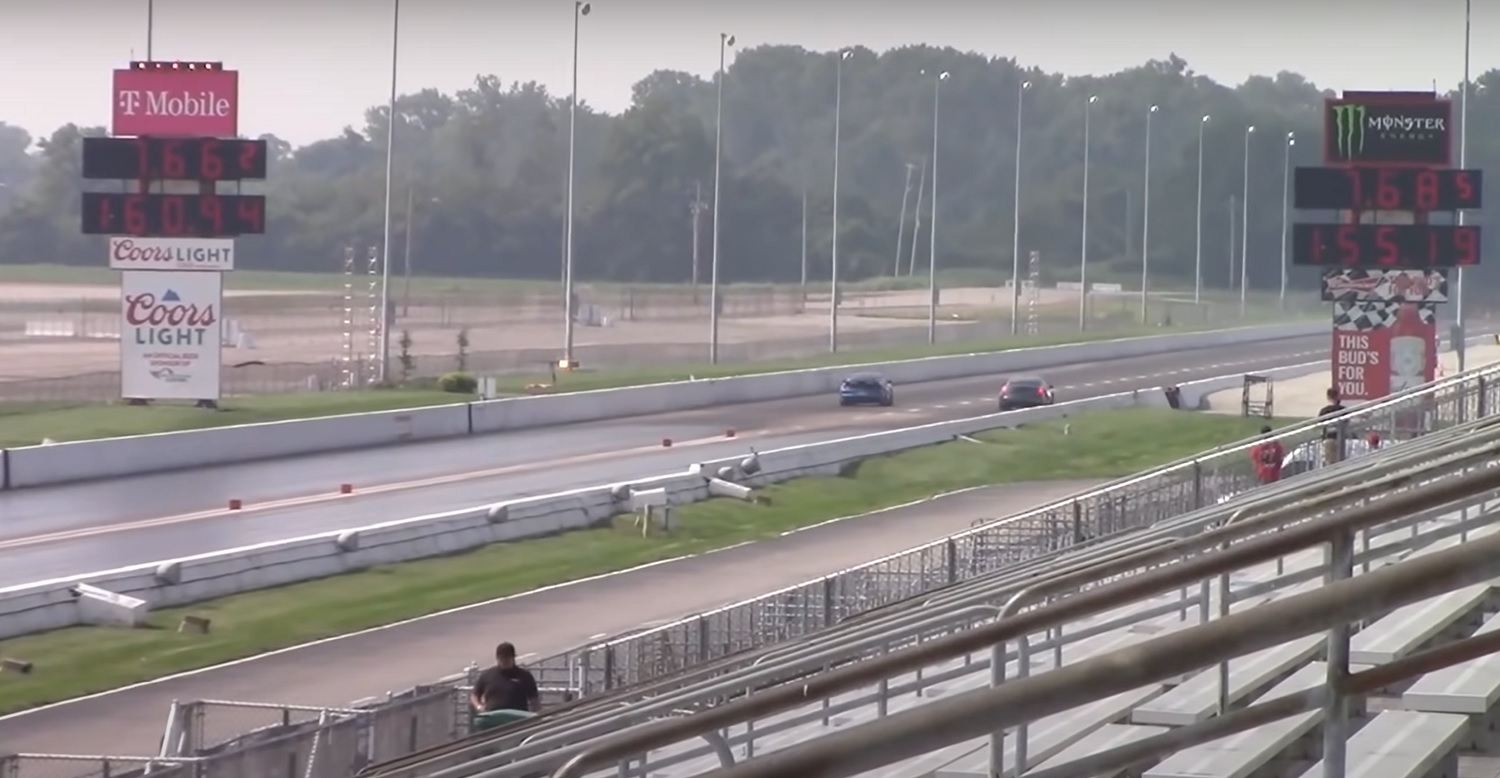