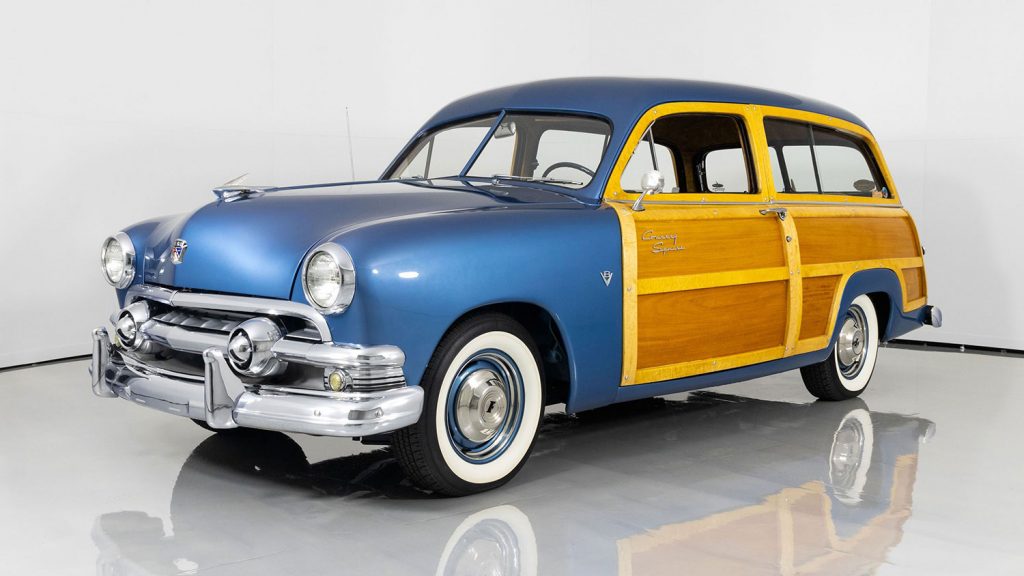 The first generation of the Ford Country Squire lasted just two years – 1950 to 1951. It was Ford’s first post-war model line. Those two years were the only ones to feature real wood body panels as opposed to the wood trim with woodgrain inserts used after 1952. The wood was not structural, as the roof, tailgate frame, and rear fenders were steel. The wood was comprised of mahogany panels trimmed in either birch or maple. The Country Squire had a two-door configuration rather than four to reduce noise. 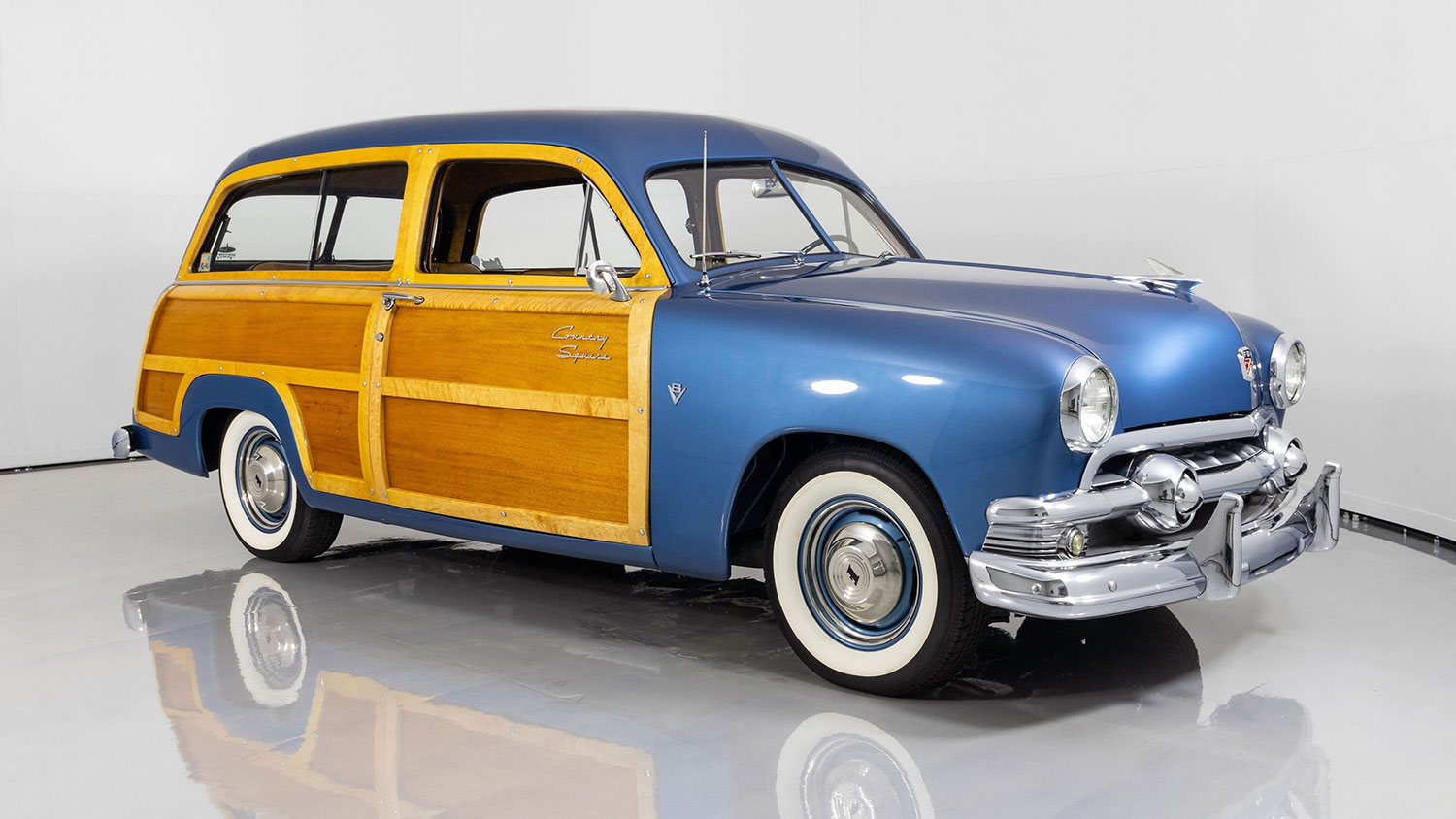 The Ford Country Squire could be had with an eight passenger layout, with front, middle, and rear benches. The middle row of seats could be folded flat to increase cargo capacity. Country Squires had larger fuel tanks, wider tires, and heavier-duty suspensions compared to “regular” Ford sedans. 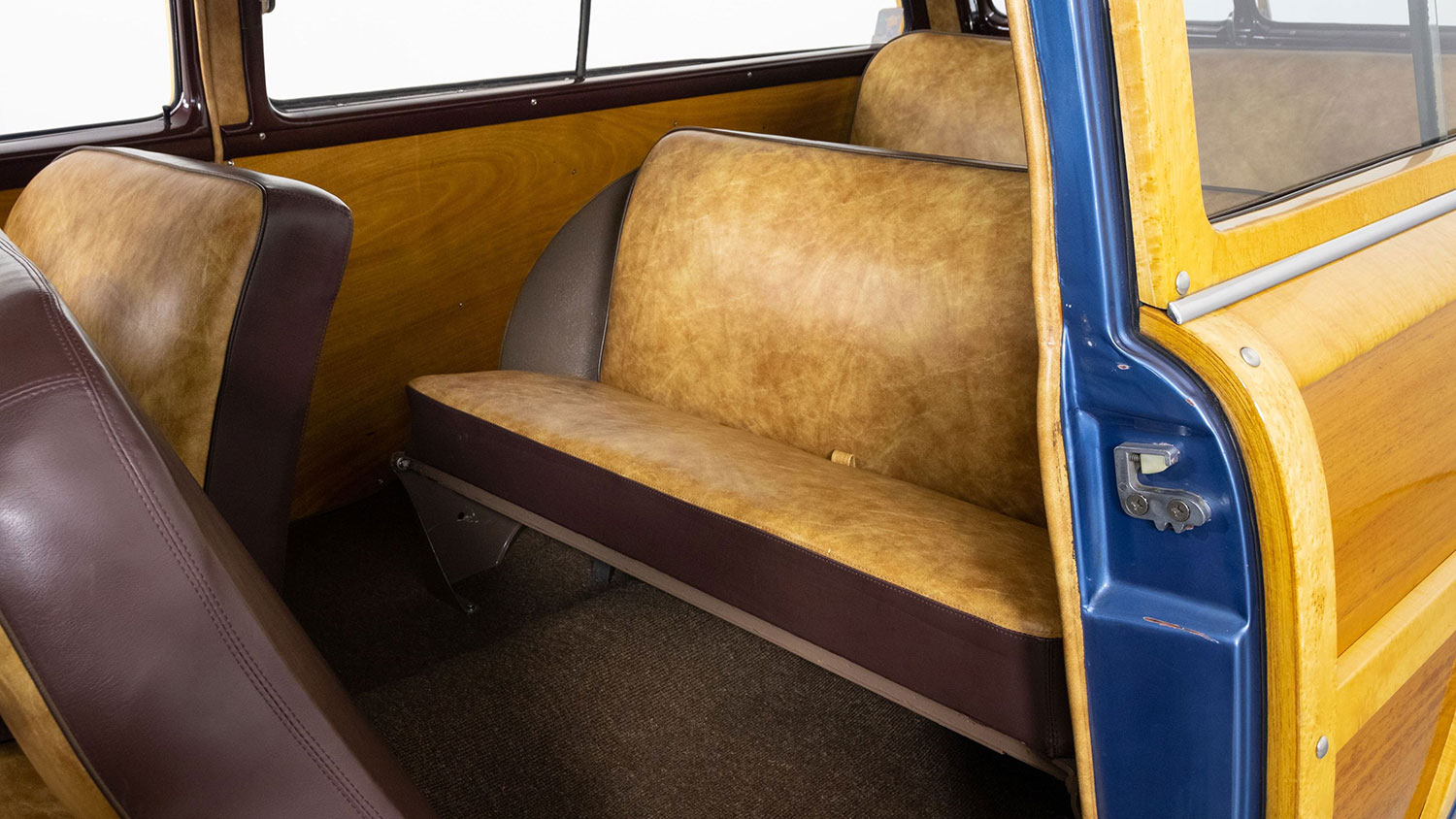 Our feature 1951 Ford Country Squire was previously owned by the president of the Southern California Woody Club. It is equipped with the 239 cubic-inch Flat Head V8 with Offenhauser heads, backed by a three-speed manual transmission with overdrive. 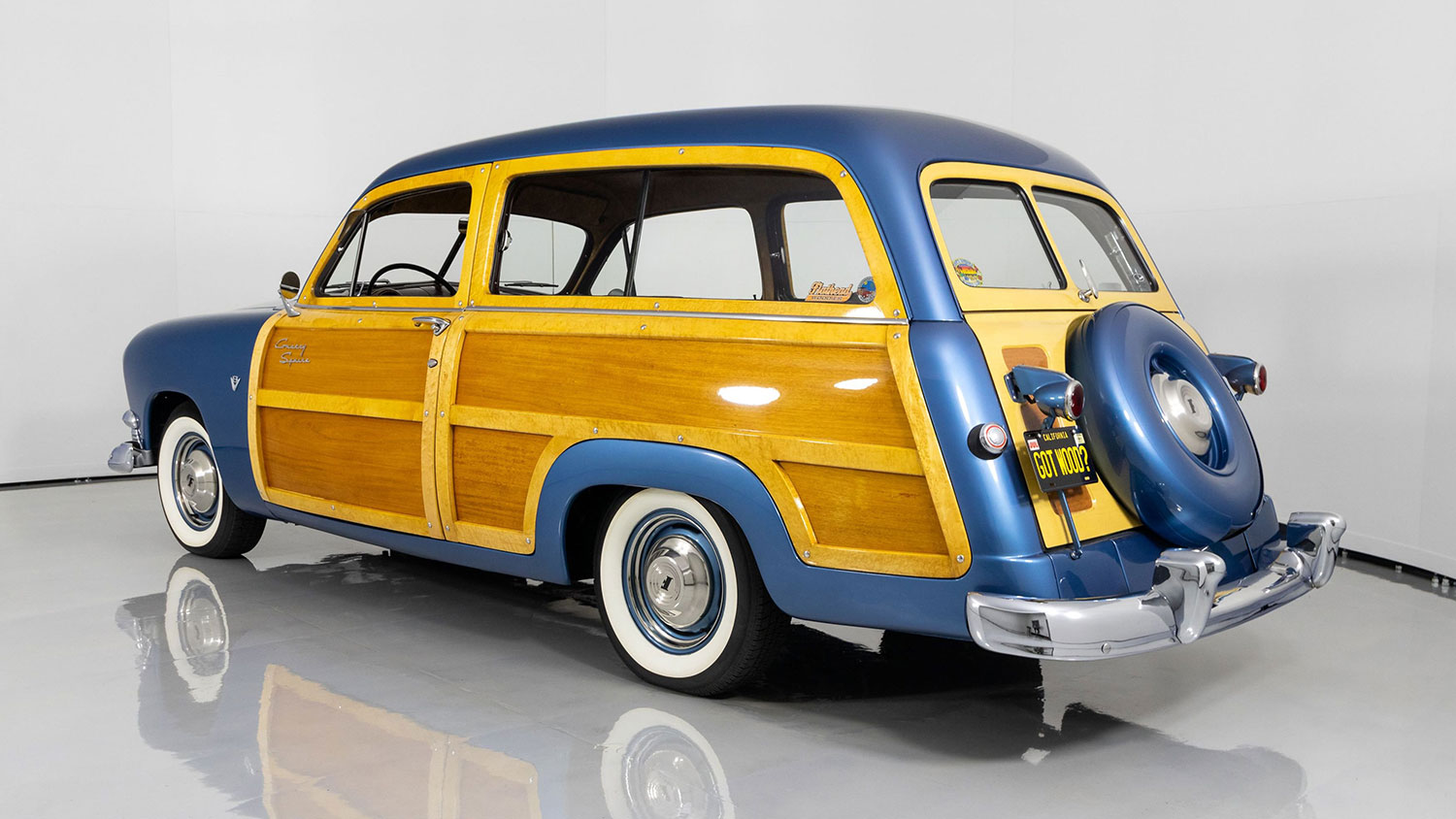 The Culver Blue paint has been done to a high standard, with considerable shine. The wood trim was refinished by Rick Mack Woodwork in California. Painted steel wheels wear polished beauty rings, hubcaps, and wide white radial rubber. Glass is crystal clear with no nicks, scratches, or wiper tracks noted. As previously stated, chrome bumpers and trim were replaced with the restoration. 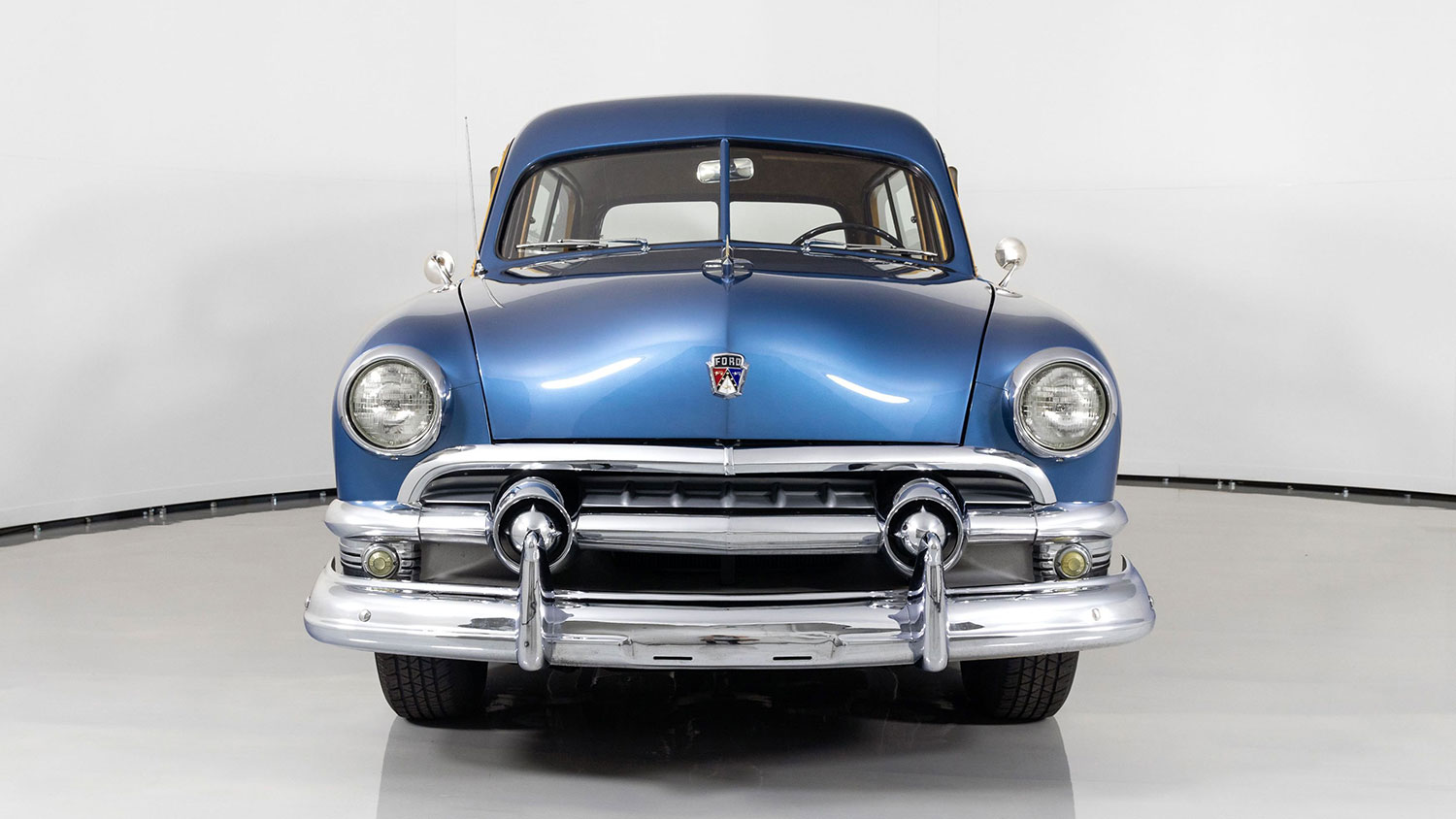 Inside the Ford Country Squire, all three benches appear to have been recently recovered. The woodgrain dash has a large speedometer located squarely in front of the driver, with fuel, temp, oil, and battery gauges located inside the speedo, as well as turn signal indicators. The passenger side of the dash is home to the glovebox and ashtray, while the center dash houses the clock and radio. 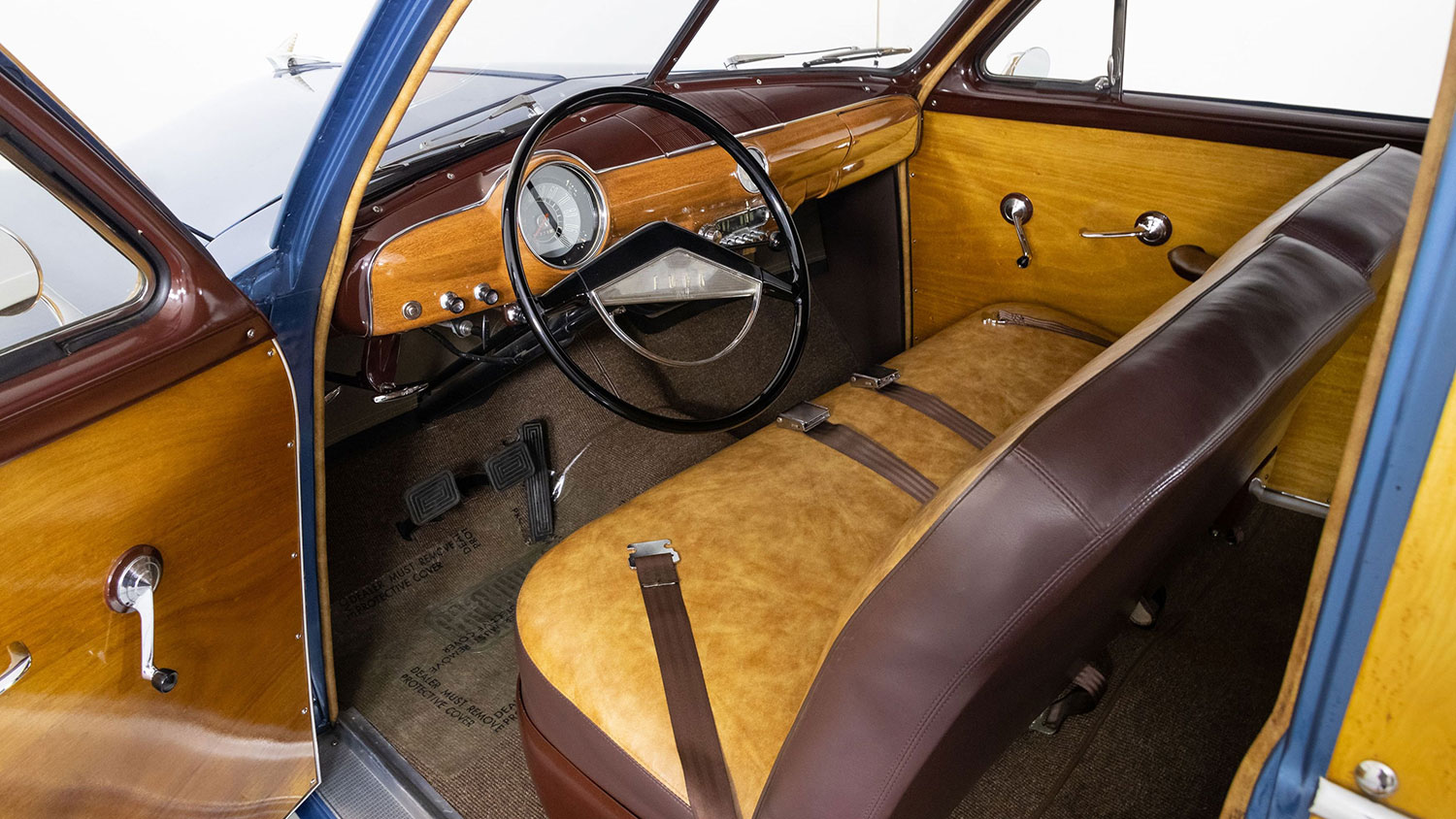 This Ford Country Squire’s engine compartment is home to the Flat Head V8. The engine bay is tidy, squared away, and largely original. A modern battery resides in the front driver’s side corner. 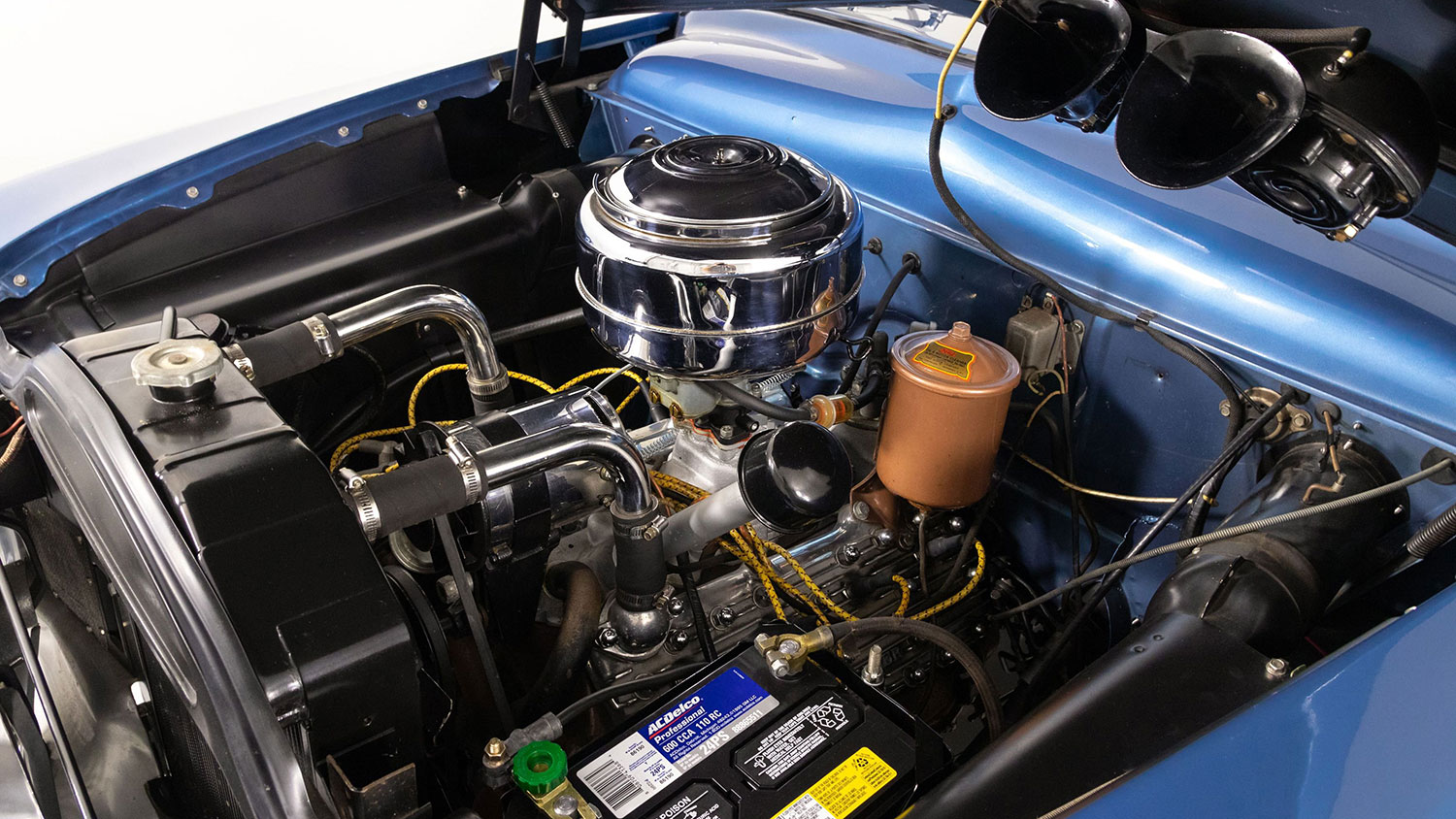 This lovely Ford Country Squire is being offered by Fast Lane Classic Cars for $62,995. 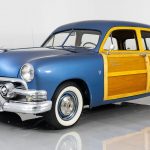 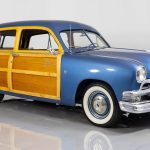 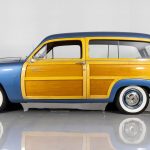 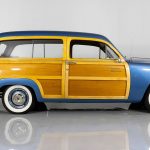 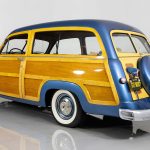 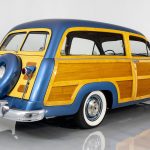 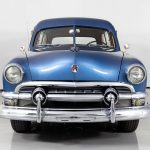 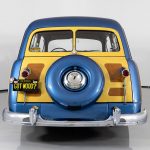 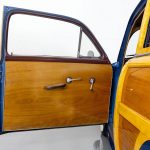 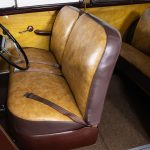 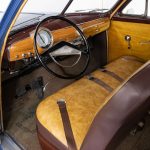 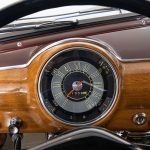 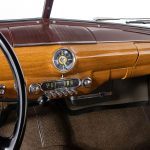 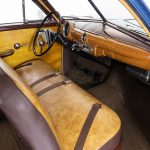 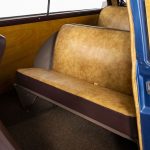 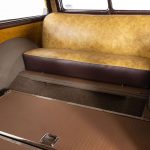 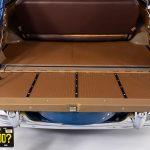 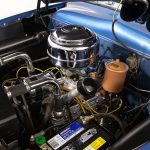 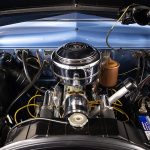 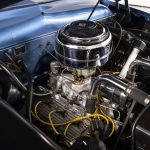 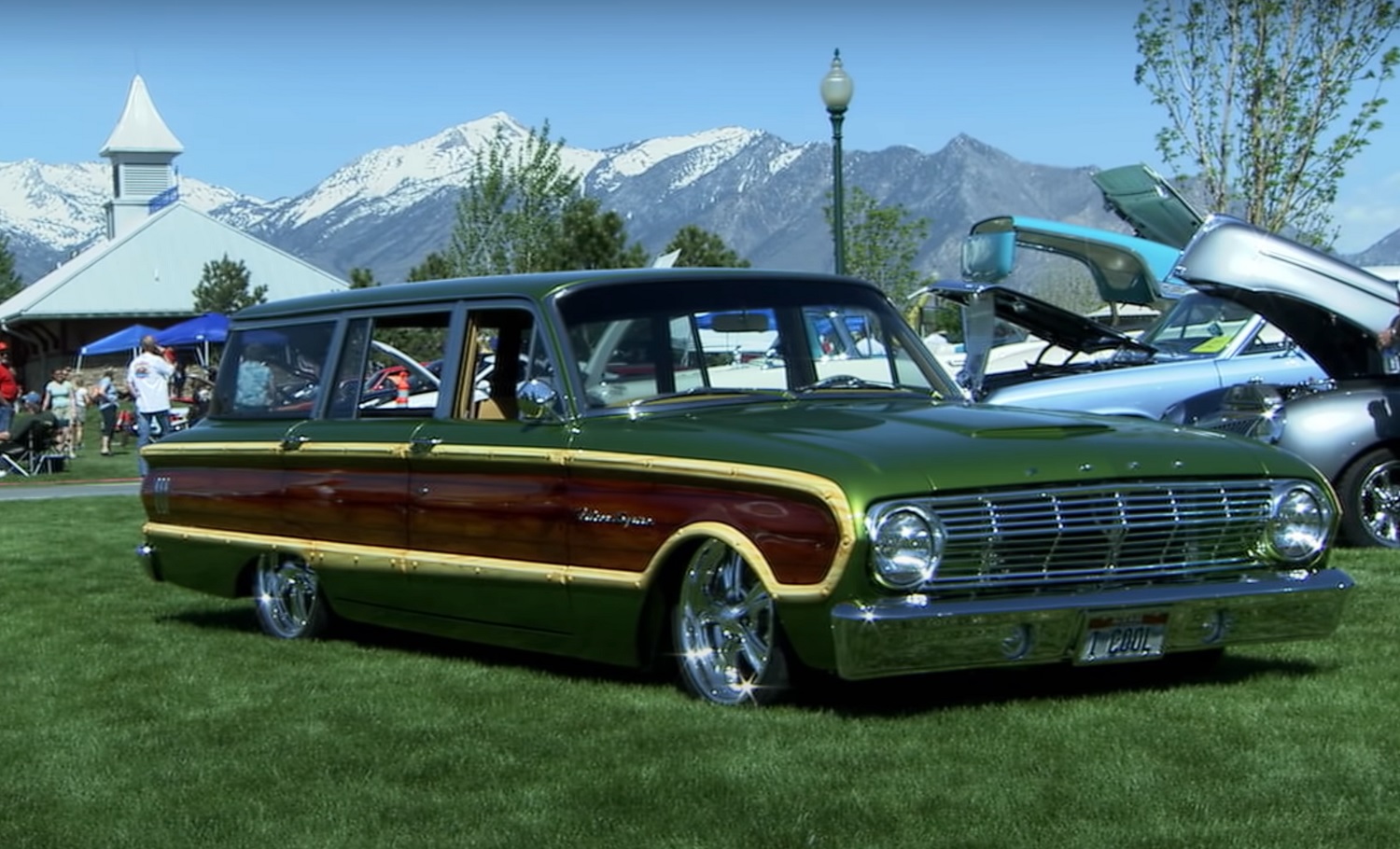