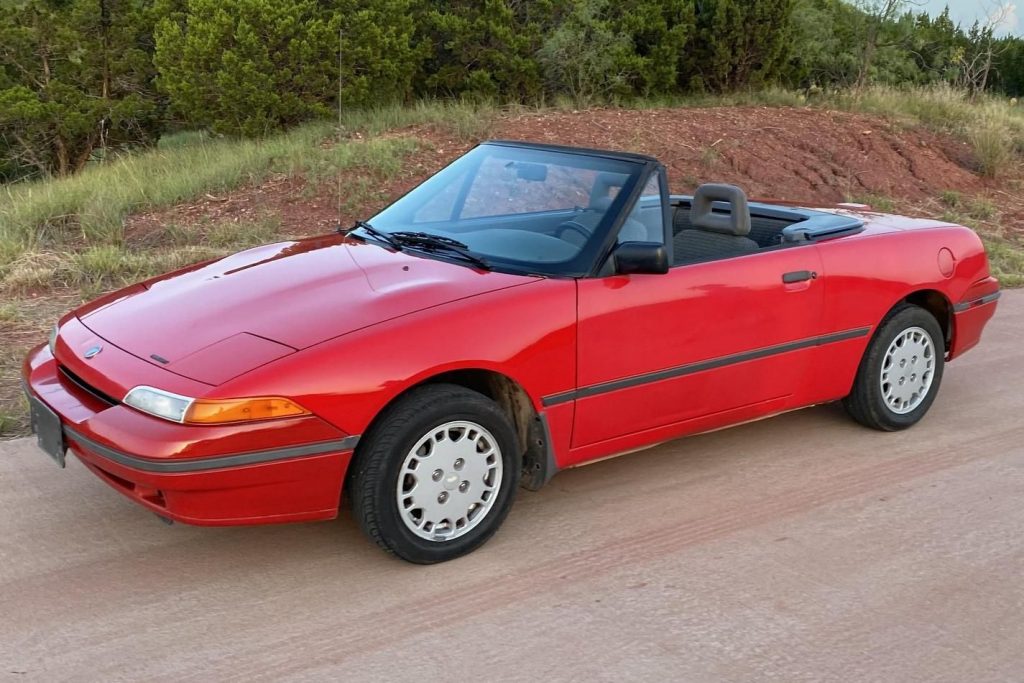 The Mercury Capri lived through three distinct generations across three different decades, but today, the latter third-generation model isn’t something we come across every day. Envisioned as a Mazda Miata competitor, the Australian-built third-gen Capri is a two-door roadster with a 2+2 configuration and front-wheel-drive. It didn’t offer much in the way of performance and was never a big volume seller, but fans of the model won’t find many nicer than this 1993 Mercury Capri up for grabs at Cars & Bids. 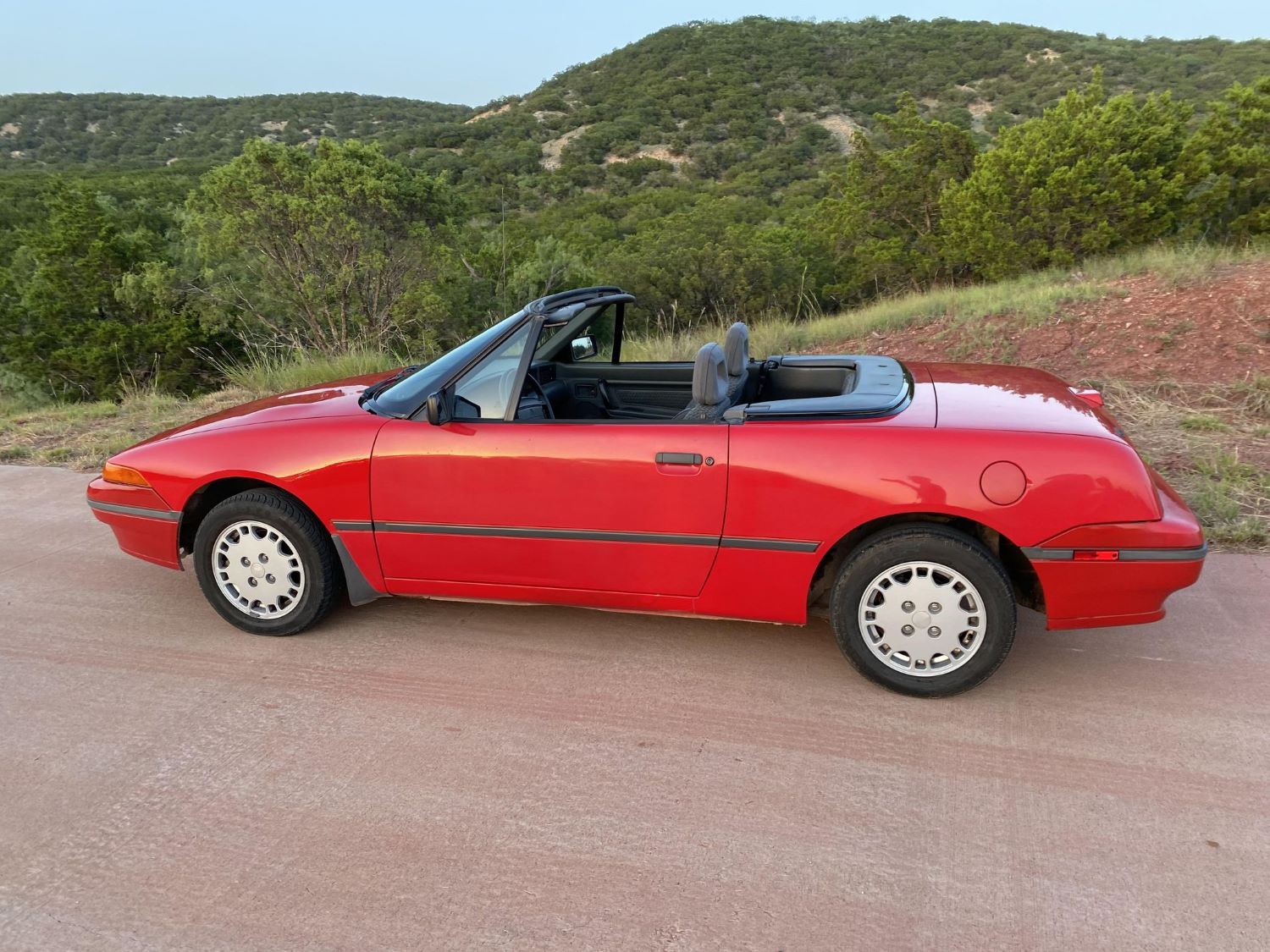 This particular 1993 Mercury Capri has been owned by the same family since new, and it has most certainly been well cared for over those years. The Cardinal Red drop-top looks to be in fantastic condition and has just 64,200 miles on the odometer, an impressively low total for a vehicle that’s nearly 30 years old. 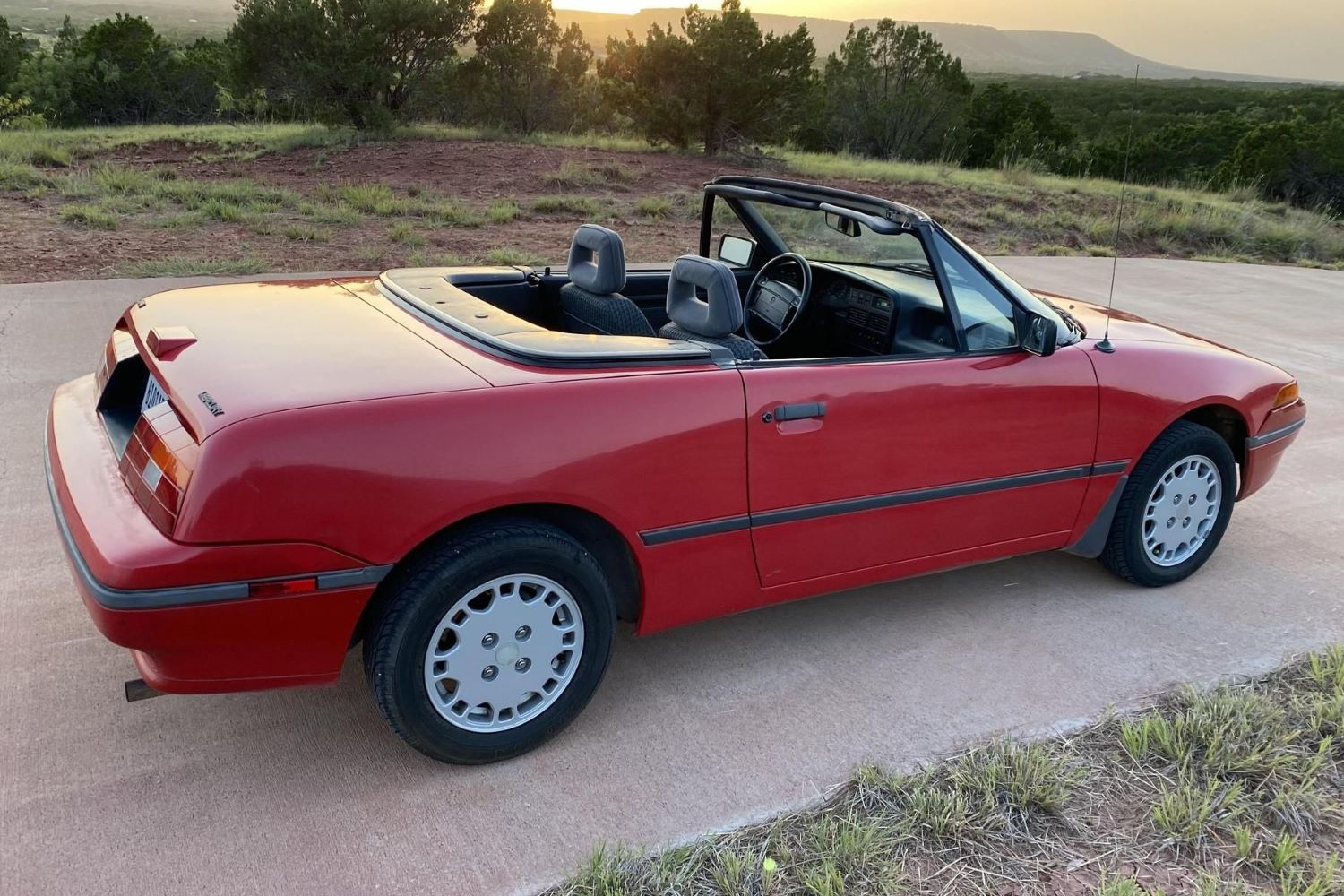 There are some imperfections, as one might expect. The bumpers have been repainted, and there are some rock chips and scratches here and there. The exterior plastic and rubber trim is faded, as is the soft top, and there are cracks in the windshield and the tires. The interior features typical wear, but nothing that stands out as abnormal by any means. 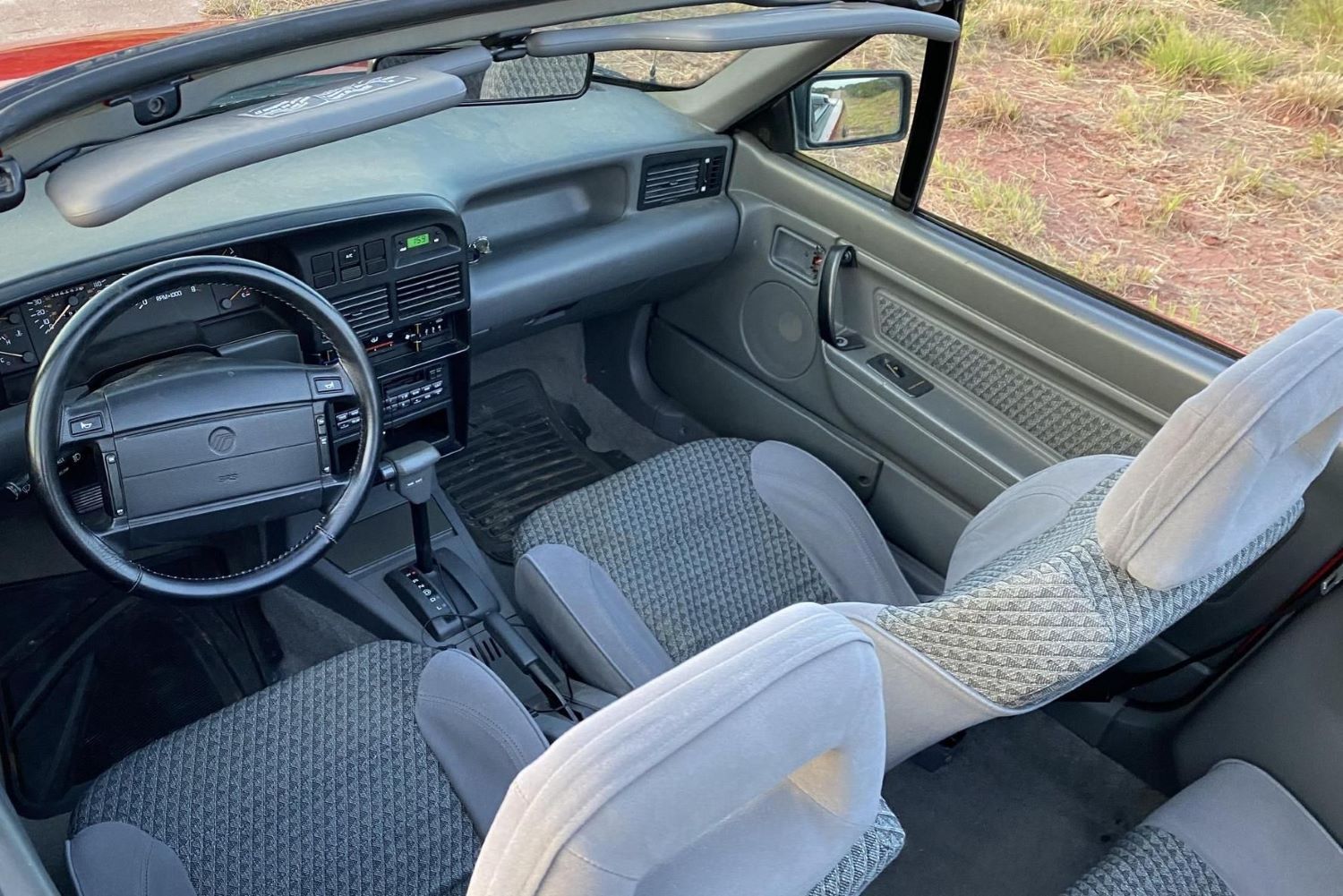 It’s worth noting that the third-gen Capri didn’t sell in big numbers for good reasons. For starters, it’s slow, with just 100 horsepower and 95 pound-feet of torque on tap from its Mazda-built 1.6-liter DOHC inline-four cylinder engine. The three-speed automatic transmission makes things worse as it sluggishly sends that tiny bit of power to the front wheels. 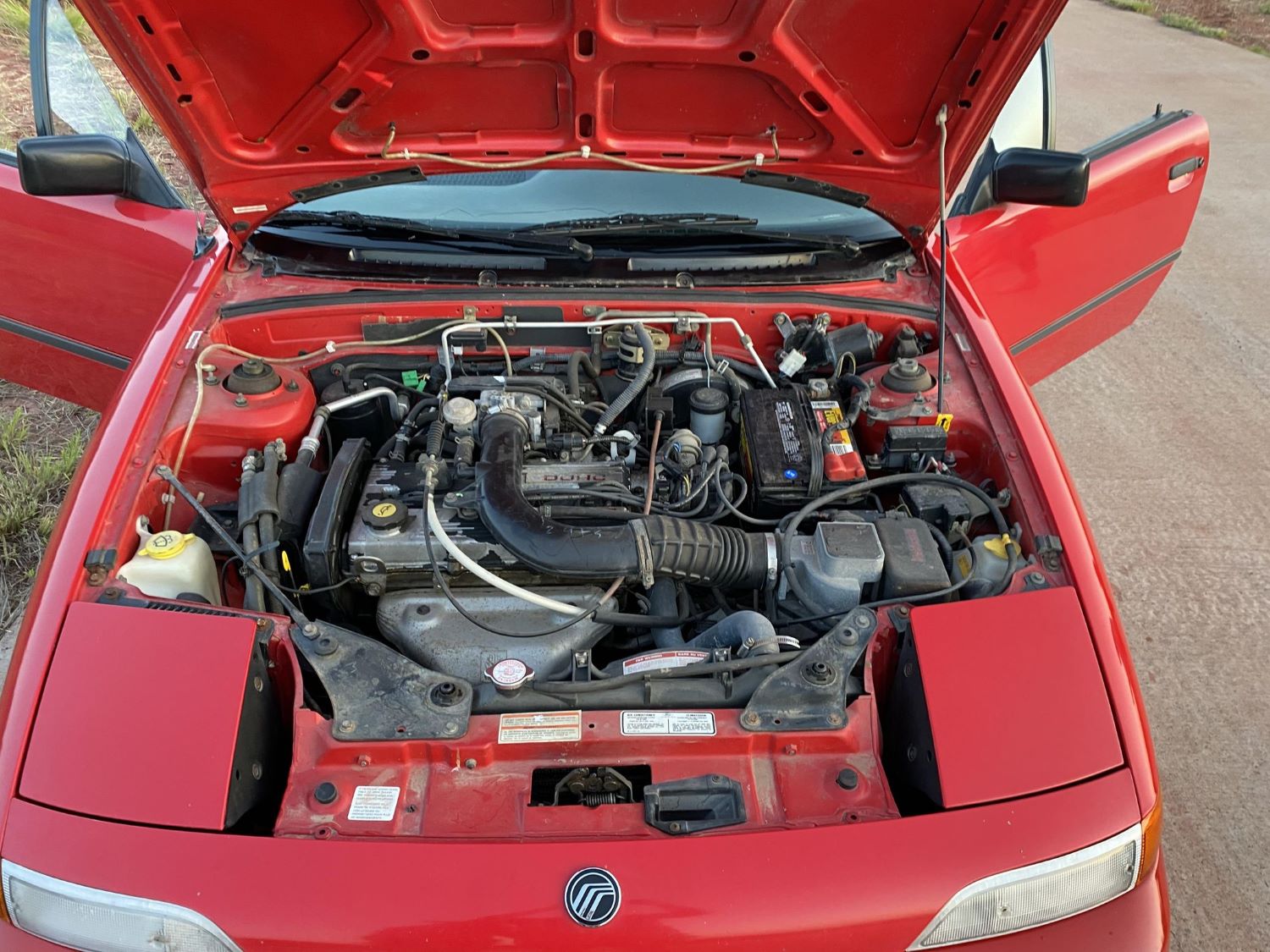 Regardless, this stellar ’93 Capri is certainly a fine example of its breed and a fine-looking cruiser for anyone that prioritizes looking cool and driving something unique over outright speed. And with a high bid of just $1,100 as of this writing, it might also sell at a bargain price, too.

We’ll have more cool auction finds like this to share soon, so be sure and subscribe to Ford Authority for more Mercury news, Mercury Capri news, and ongoing Ford news coverage.