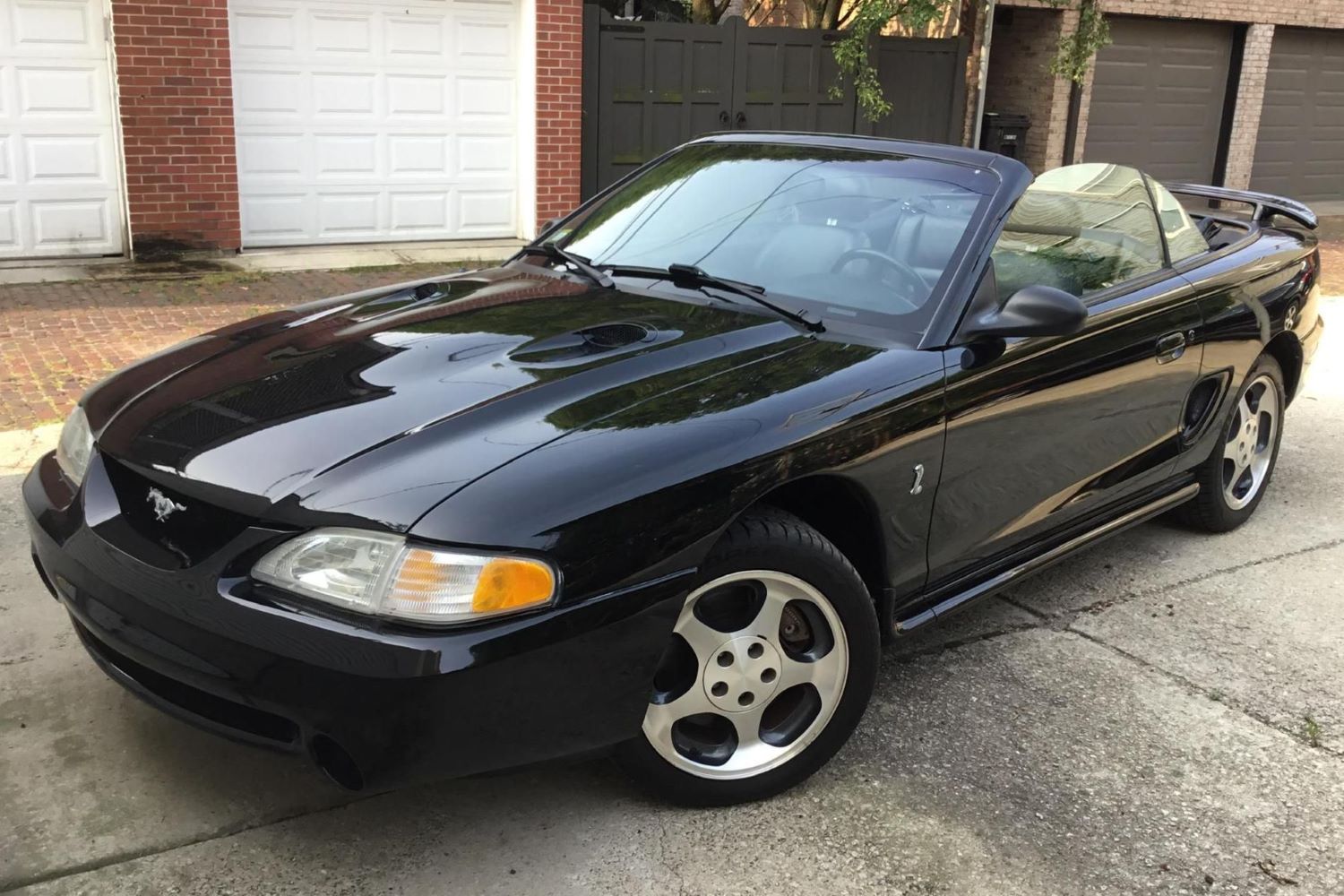 In recent months, we’ve seen a number of older Ford Mustang examples go up for auction and attract considerable interest, including modern classics like the SN95 and Fox Body generations. Now, this pretty incredible 1996 Ford Mustang SVT Cobra convertible is up for grabs at Cars & Bids, in bone stock condition with just 26k miles on the clock, making it an enticing offering for anyone that’s a fan of this relatively rare combination. 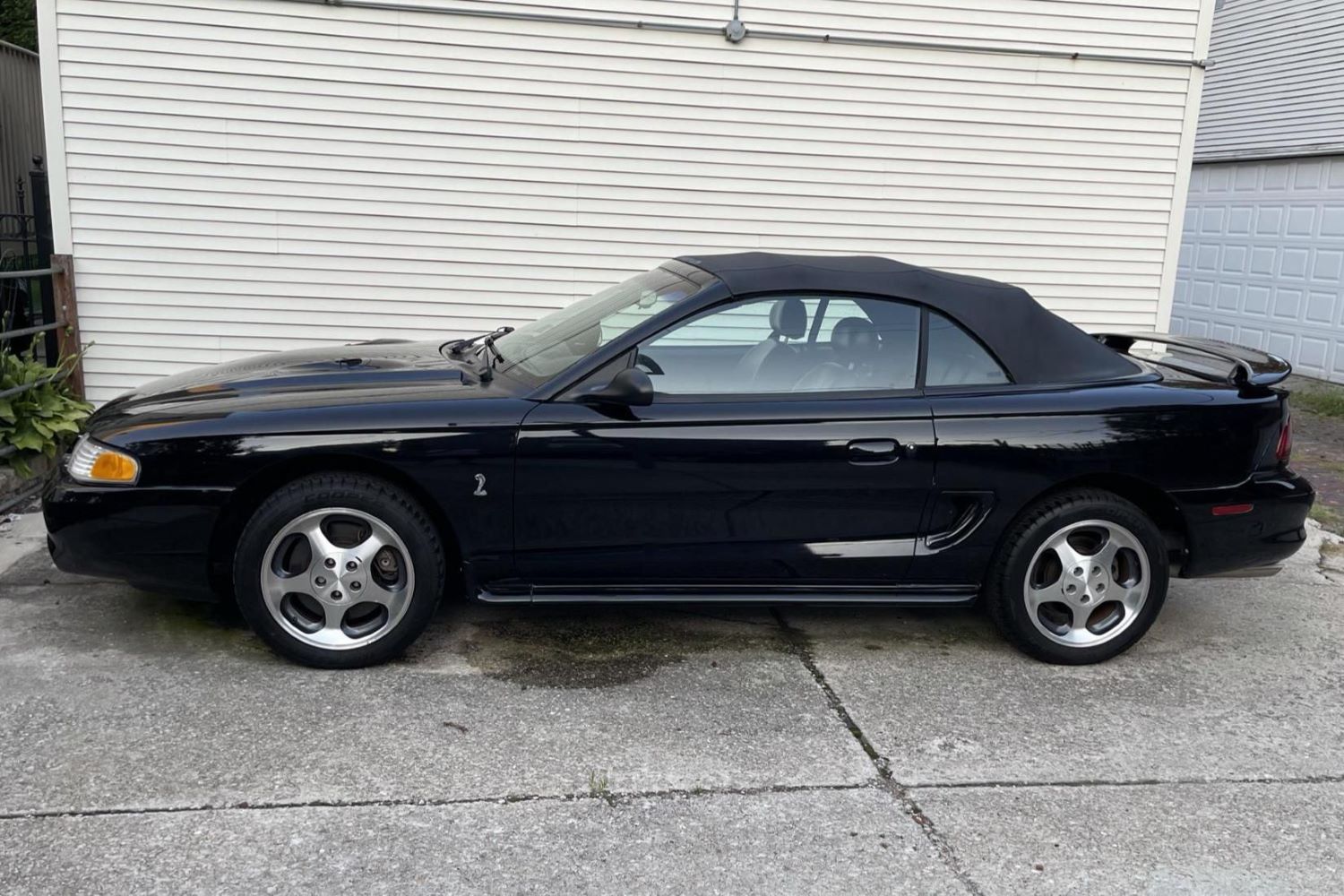 Ford built a mere 2,510 1996 Mustang SVT Cobra coupes and convertibles, and this example is number 1,260 of that lot. It’s a nice spec as well, with a triple black combination of exterior, interior, and soft top colors, the Preferred Equipment Package 250A, and a five-speed manual transmission, which is the way all of these cars should come equipped. 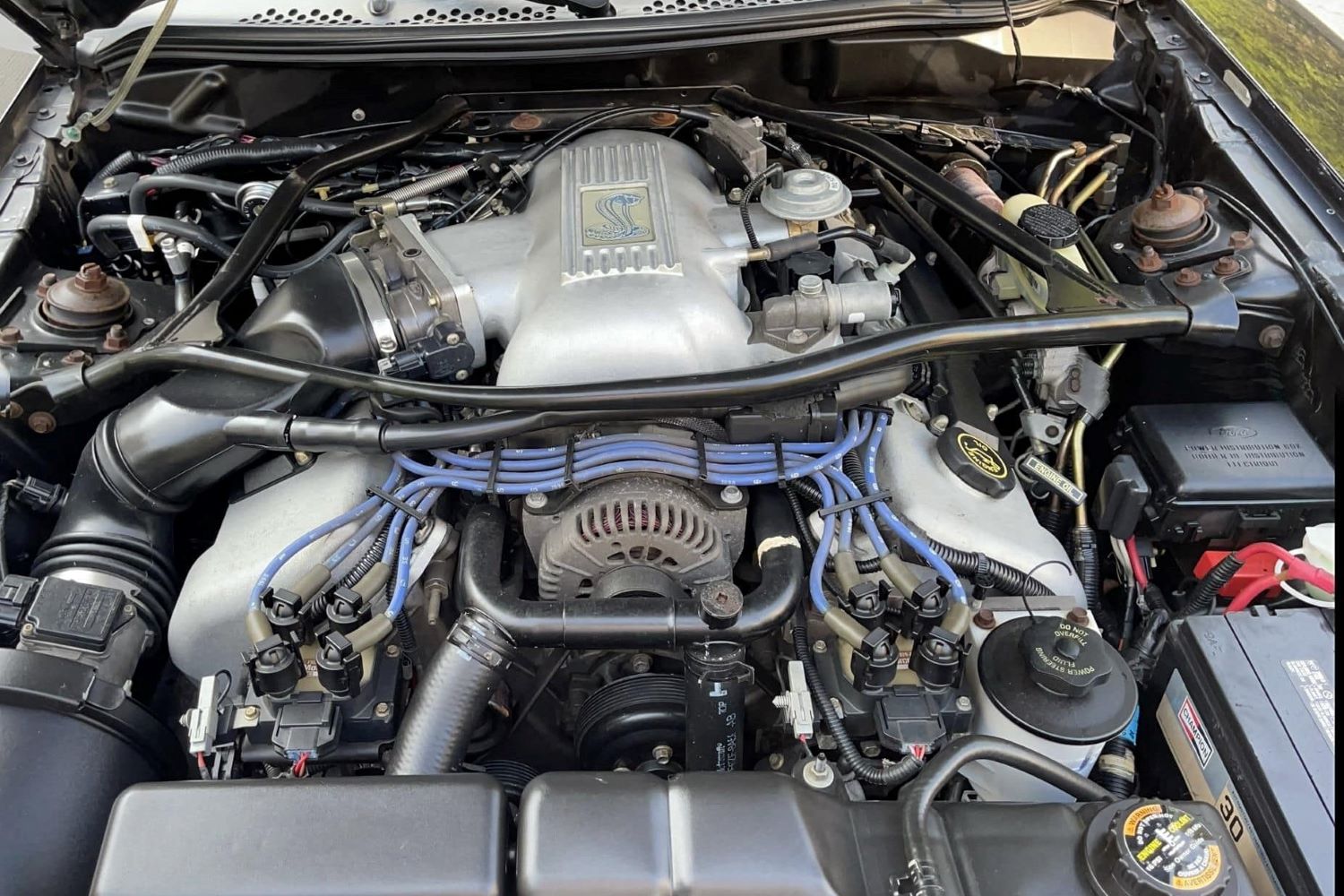 Power comes from Ford’s 4.6L modular V8, which was originally rated to produce a rather modest but good for the period 305 horsepower and 300 pound-feet of torque. That juice flows through the aforementioned manual gearbox and a Traction-Lok differential to the rear wheels, which are a classic set of 17-inch aluminum pieces. 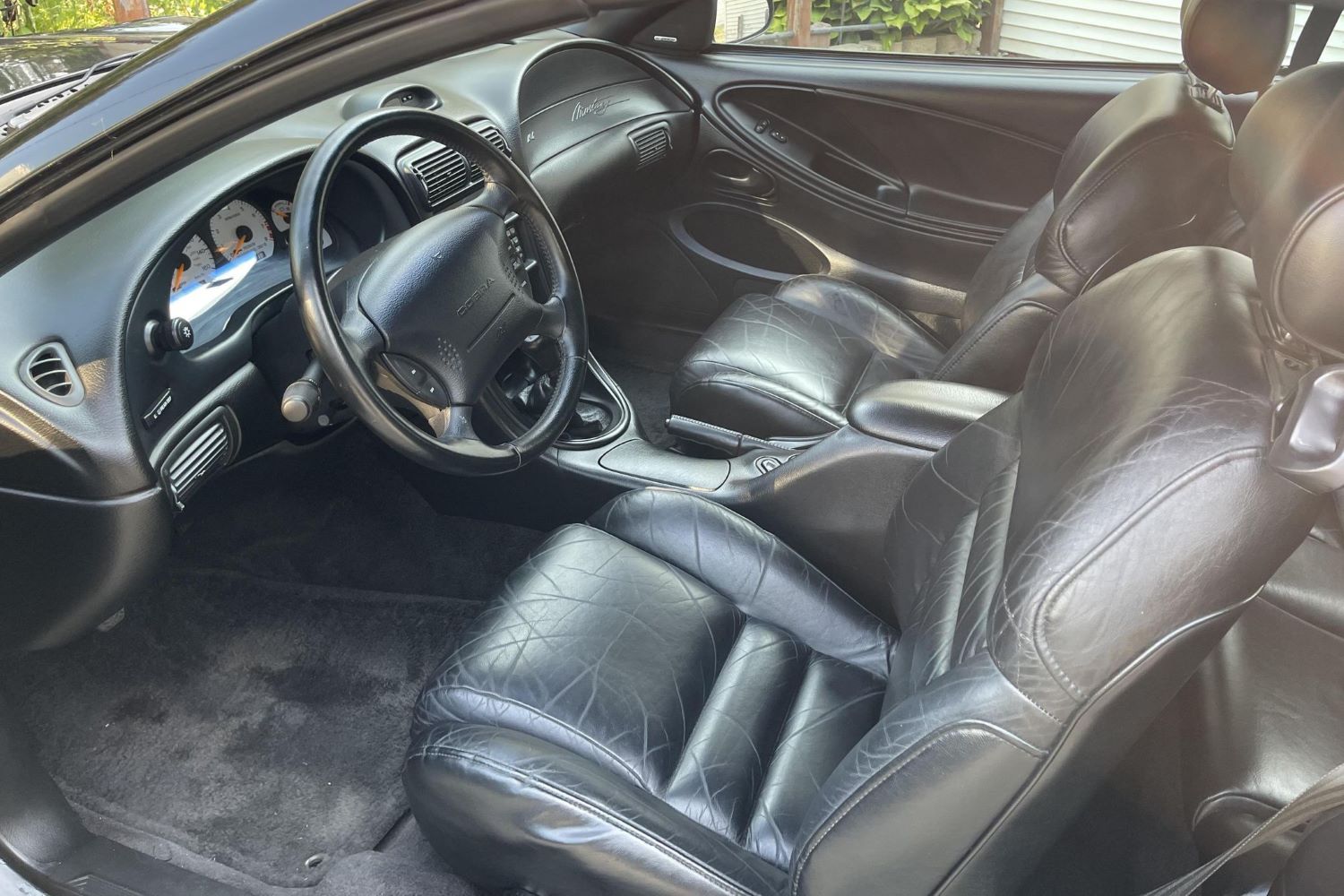 This Cobra drop top is ready to cruise in comfort as well, thanks to leather sport bucket seats, a leather-wrapped steering wheel, air conditioning, power steering, and power disc brakes. The older V8 likely sounds quite nice belting its tunes through a stainless steel exhaust, and we imagine it sounds even better with the top peeled back. 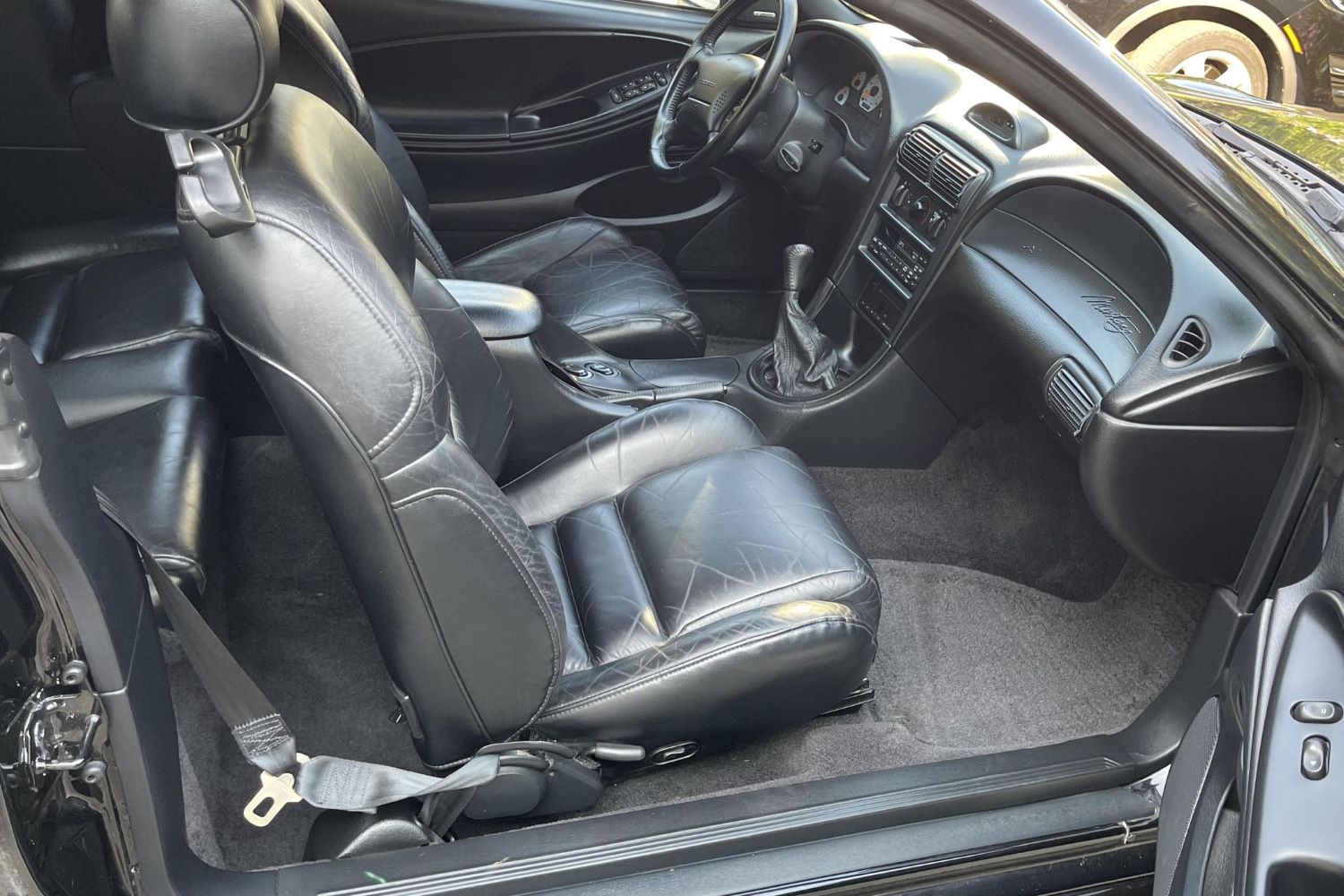 Of course, this 25-year-old Mustang isn’t in perfect condition and has a few imperfections including rock chips, some creases in the seats, and curb rash on the wheels. But those are the types of things we’ve just come to expect from a car that’s been driven at least a little over the years, which is certainly the case here. 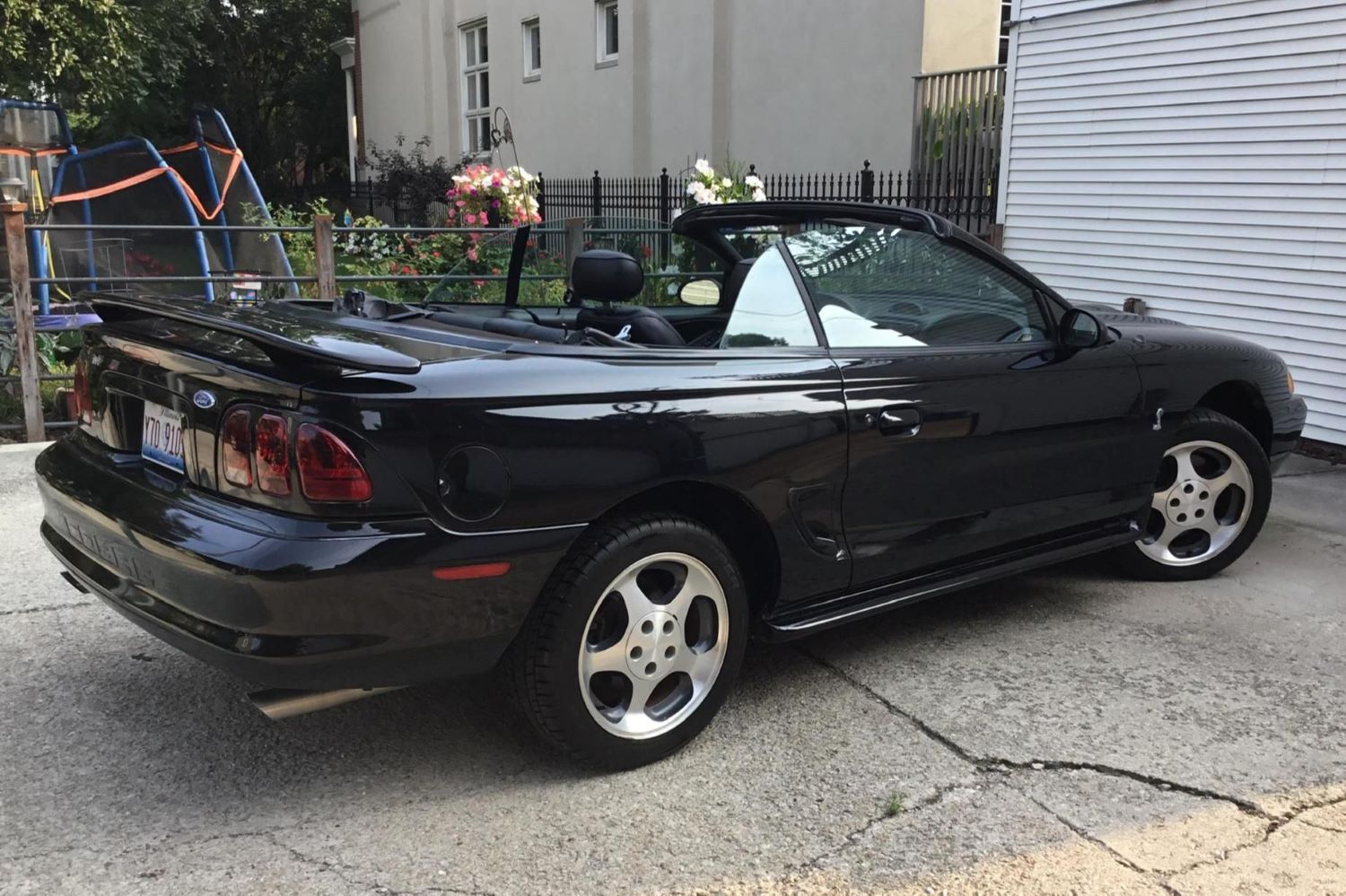 Regardless, it’s hard enough to find a low-mile SN95 Cobra as it is, let alone one with so few miles on the clock. And that makes this triple black ’94 a truly special find.

We’ll have more cool auction gems like this to share soon, so be sure and subscribe to Ford Authority for more Ford Mustang news and non-stop Ford news coverage.

2010 Ford Explorer Eddie Bauer With 26K Miles Up For Auction