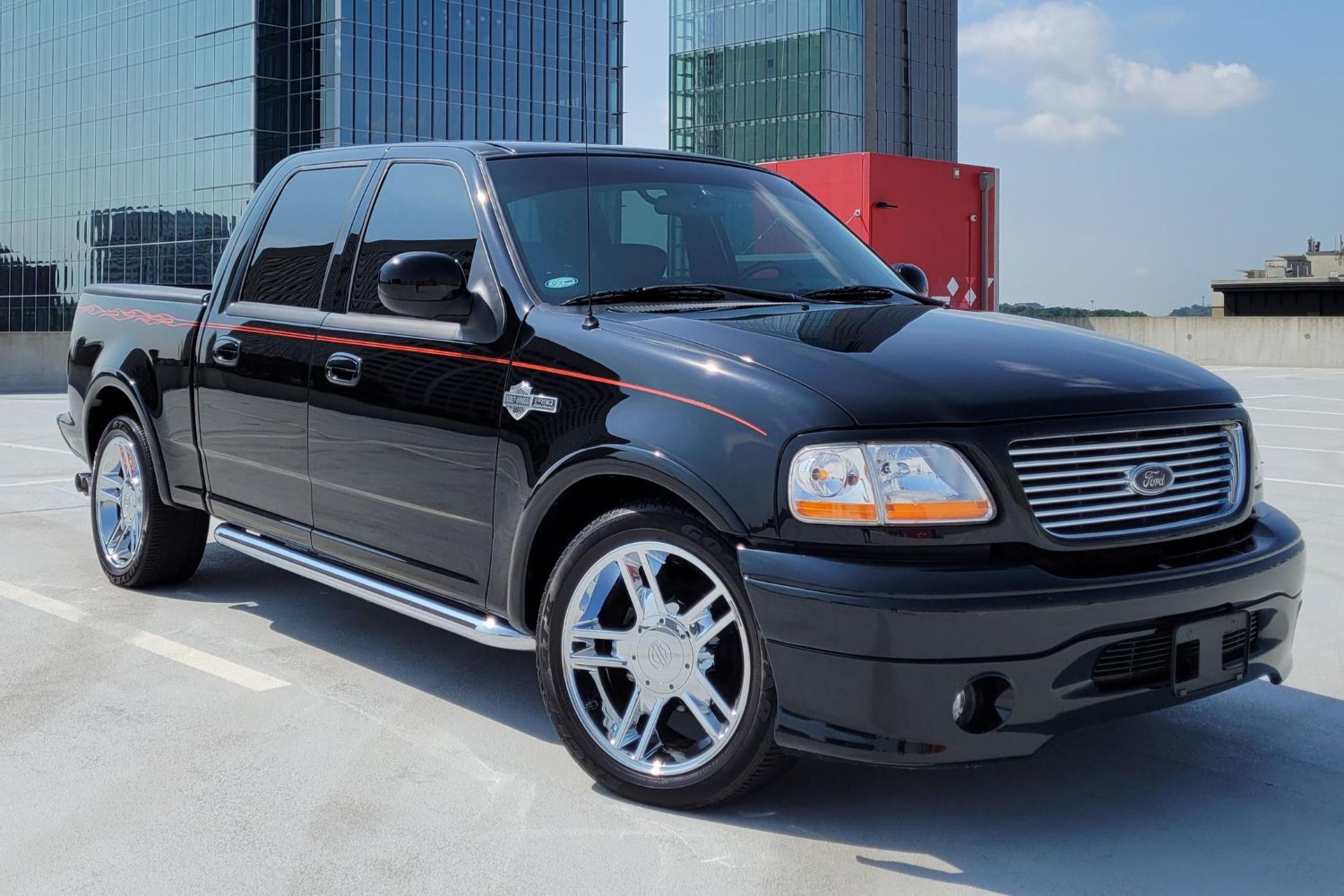 Ford and Harley-Davidson – two of the most iconic American manufacturers in existence – teamed up to offer a special-edition Ford F-150 for over a decade. We’ve seen a few nice ones pop up for sale in recent years, including this super-clean 2003 model and Jay Leno’s 2000 model, which sold for a whopping $200,000 for charity a few years ago. Today, those that want a new Harley F-150 must turn to an aftermarket outfit like Tuscany Motor Co., though we recently rendered what a 2021 Ford F-150 H-D edition might look like. Or, they could simply purchase this amazing 2002 Ford F-150 Harley-Davidson Edition up for grabs at Cars & Bids. 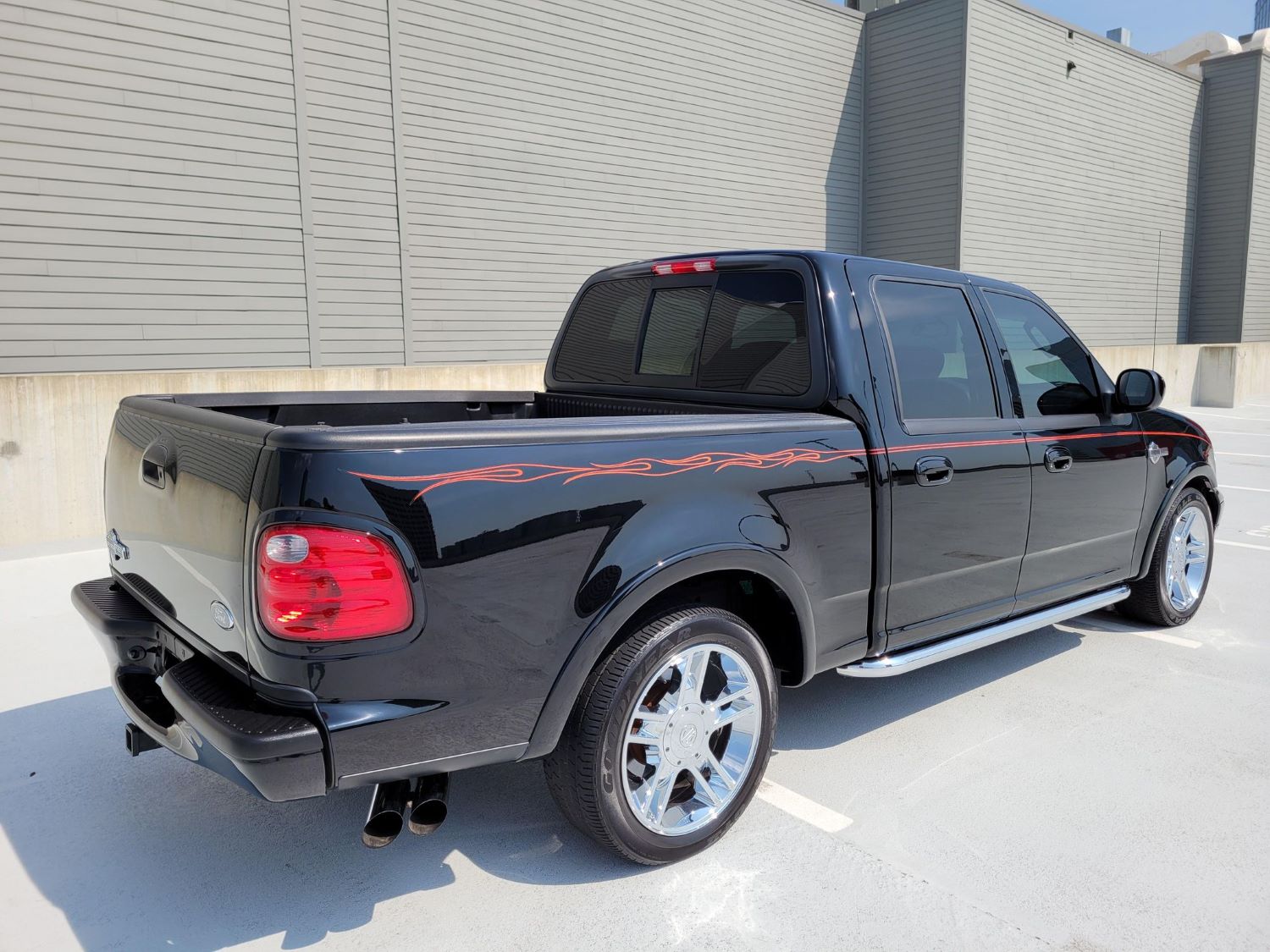 This two-owner gem has just 10k miles on the clock, is bone stock, and looks to be in simply incredible shape. Like all of these special pickups, this 2002 Ford F-150 Harley-Davidson Edition is finished in black and has a host of unique features, including chrome 20-inch wheels, chrome nerf bars, fog lights, a one-inch lower ride height, plenty of Harley badging, and orange pinstriping. 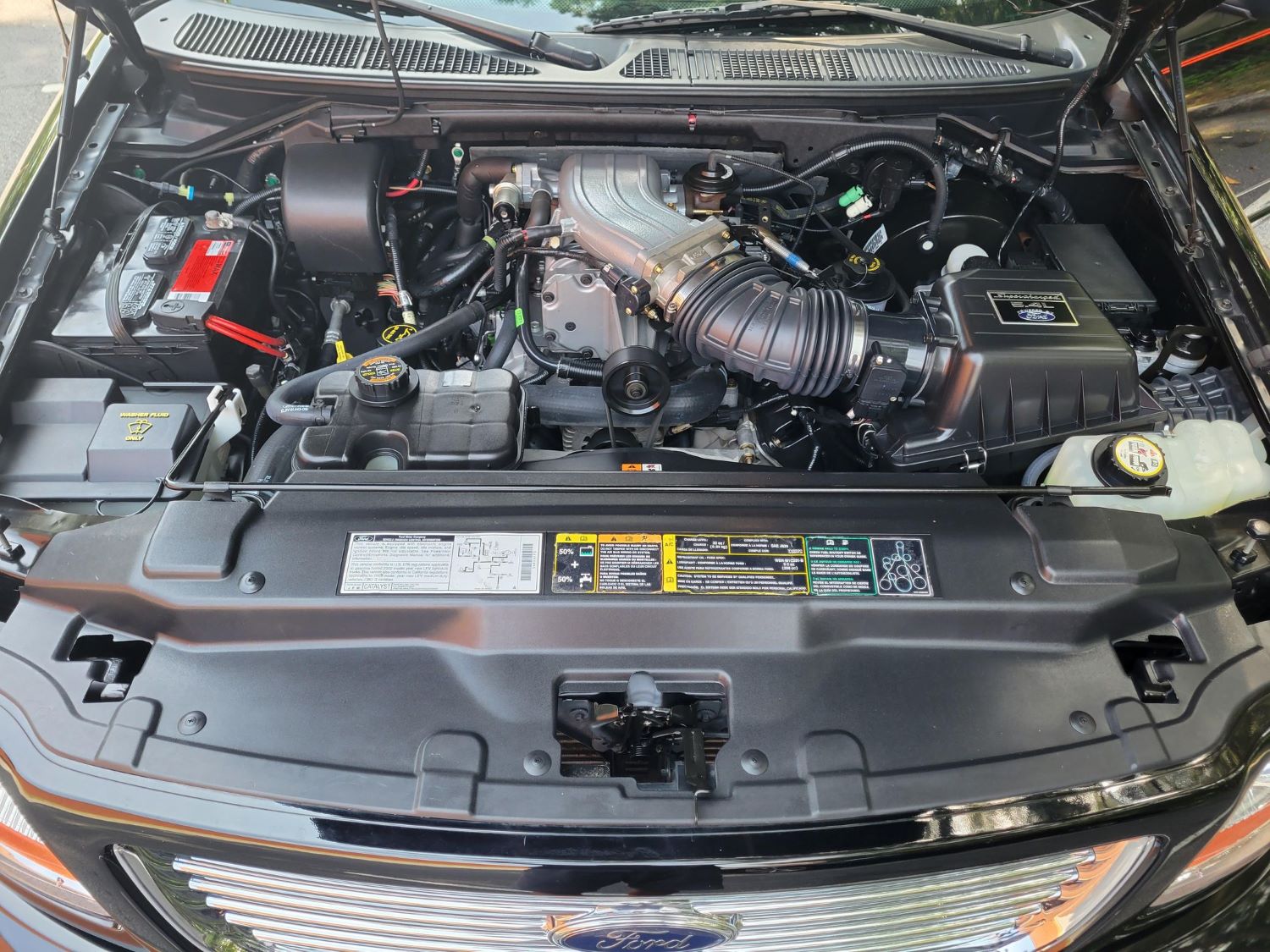 While the F-150 Harley-Davidson Edition was merely an appearance package early in its life, Ford decided to give it some extra juice starting with the 2002 model year. That came in the form of a slightly detuned version of the F-150 Lightning’s supercharged 5.4L V8, which is rated to produce 340 horsepower and 425 pound-feet of torque. That power flows through a four-speed automatic transmission to a limited-slip rear differential fitted with 3.73 gears. 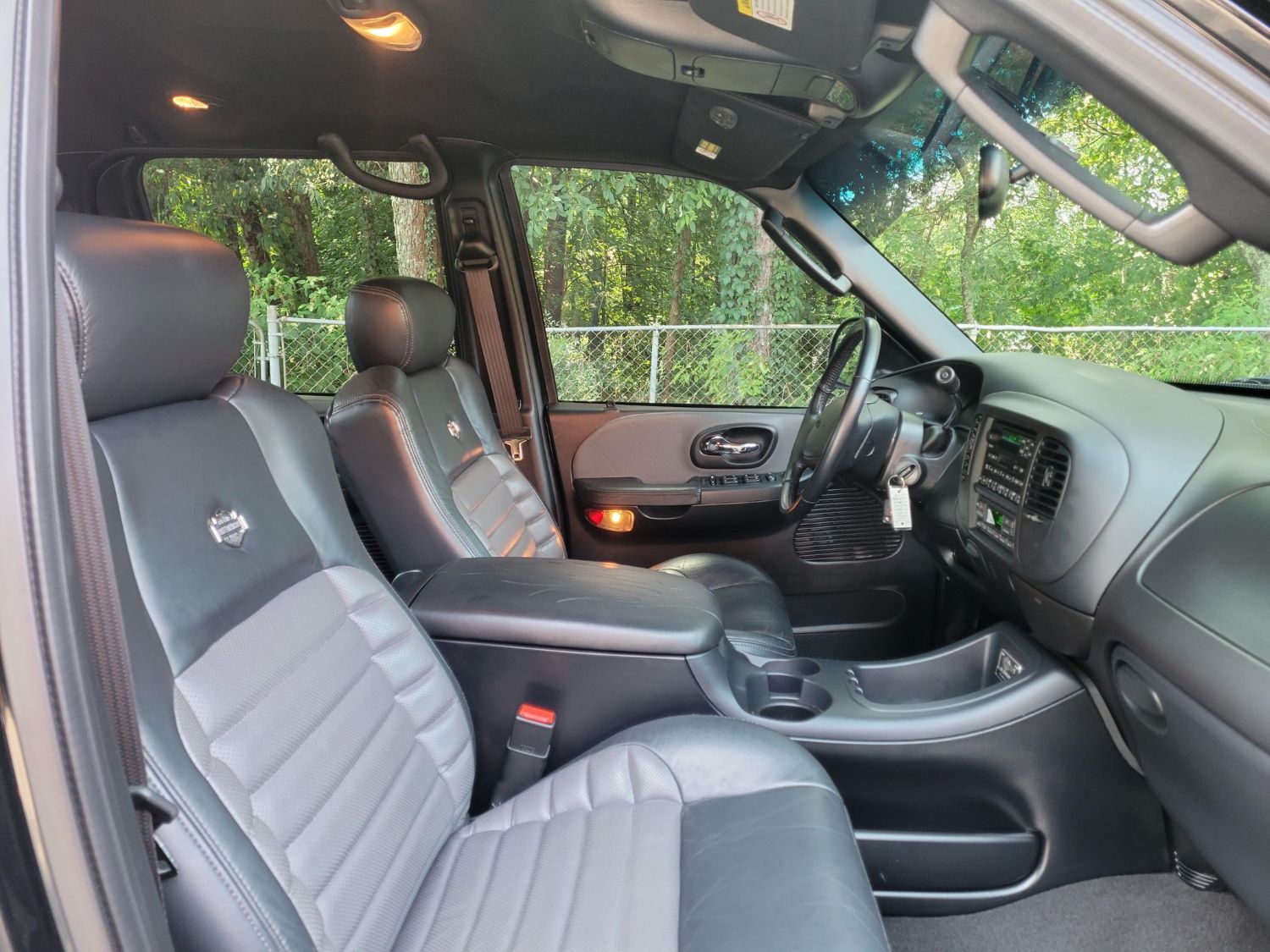 The interior of the F-150 Harley-Davidson Edition is a nice place to be as well, with heated front seats, rear captain’s chairs, an overhead console, a six-disc CD changer, gray leather, and many other niceties. These special pickups were truly the total package, with plenty of performance, cool looks, and comfortable interiors, and this particular example is easily one of the nicest left on the planet.