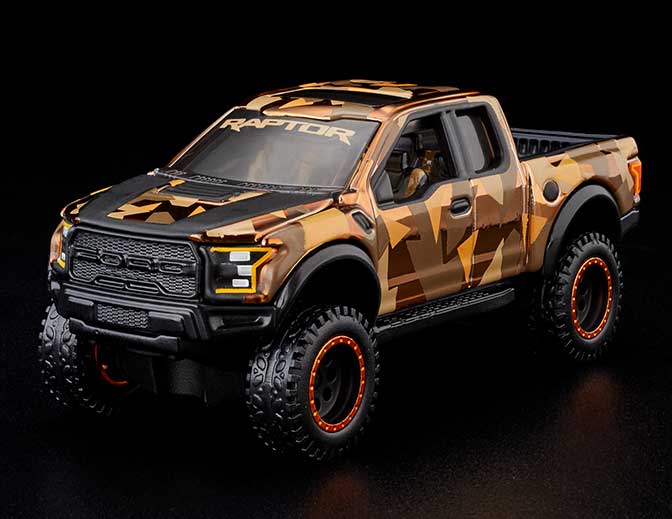 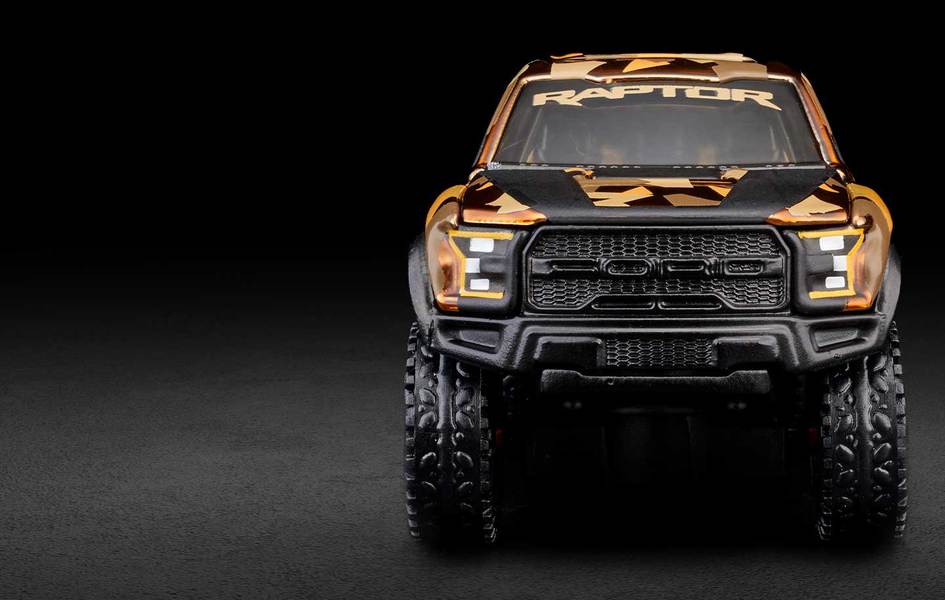 This is no ordinary, stock Raptor, however – it’s been covered in desert camouflage and fitted with some awesome-looking Real Riders Baja wheels with orange lips wrapped with aggressive off-road tires. There are a number of black accents to compliment the new look, including the interior, chassis, tailgate, part of the hood, front grill, bumpers, and fender flares. And just in case an onlooker may not know what model this is for some reason, it also has a large “Raptor” script running across the top of the windshield. 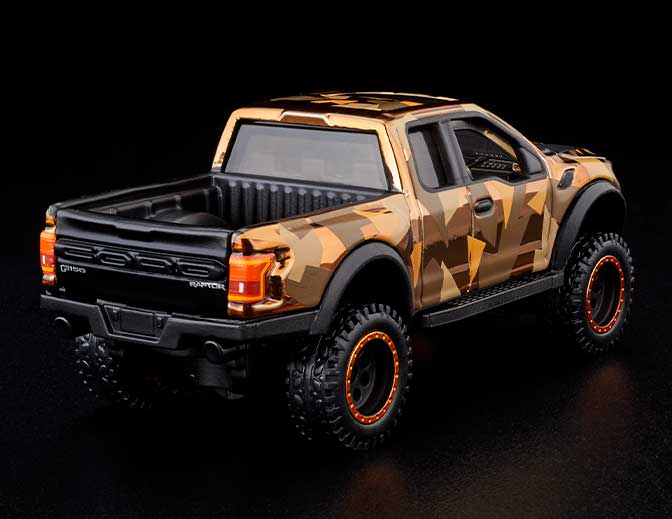 It all ties together quite nicely with the Spectraflame light brown paint, sharp graphics, and tinted windshield, which owners can view easily since the Raptor comes inside of a clear acrylic case proudly declaring what it is and the fact that it’s a special, limited-edition model. The truck is also mounted on top of a contrasting brown plinth for added effect. Plus, the hood can be opened so that onlookers can check out Ford’s twin-turbo 3.5L EcoBoost V6. Or, at least the tiny replica version of it. 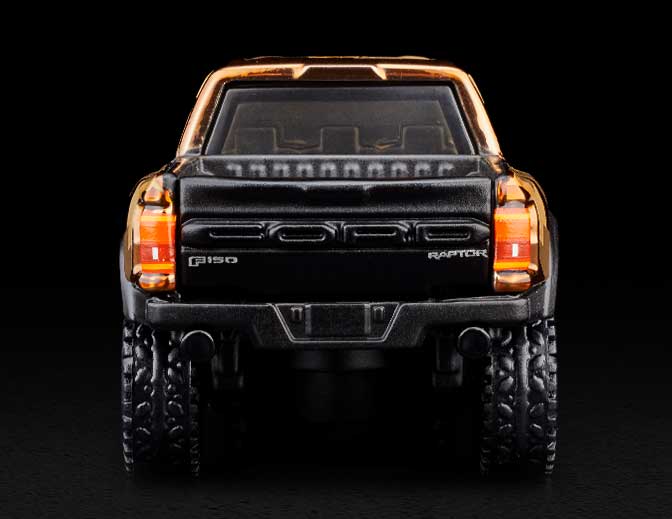 The HWC Special Edition 2017 F-150 Raptor goes on sale Tuesday, August 10th at 9:00 am PST at a retail price of $30. So if this looks like the perfect addition to that growing collection, be sure and mark the calendar!

We’ll have more cool collectibles like this to share soon, so be sure and subscribe to Ford Authority for more Ford F-Series news, Ford F-150 news, Ford F-150 Raptor news, and around-the-clock Ford news coverage.