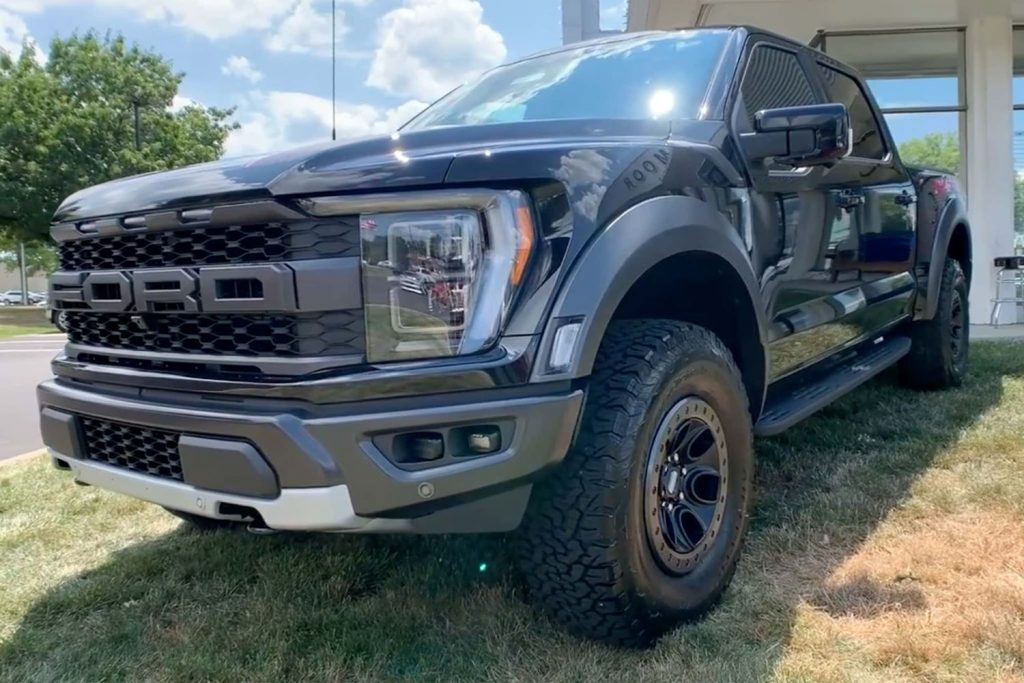 Back in April, Ford Authority reported that 2021 Ford F-150 Raptor production was part of Job #2, which applies to all Ford F-150 models built on or after July 6th, 2021. This means that 2021 F-150 Raptor production at the Ford Dearborn Truck Plant was capable of accommodating the third-generation Raptor after that date. Last month, Ford Authority confirmed that the new pickup was not delayed, as some believed, and that production was scheduled to begin in August. Now, third-generation Raptors are beginning to reach dealer lots.

A quick nationwide search shows that currently, around 139 different 2021 Ford F-150 Raptor pickups are sitting at dealerships, as of this writing. This was first noticed by the Instagram page The Raptor Connection, which recently spotted a few for sale in Pennsylvania and Kentucky, at least one of which carries a significant $10k markup, though that model is no longer listed for sale on the dealer’s website.

Each of these trucks carries an MSRP north of $80k, and each appears to be loaded with goodies including the 801A and Towing Technology packages, though no 37-inch tires, unfortunately. Regardless, that’s significantly more than the truck’s base price of $64,145 (minus destination and delivery) – a big jump from the outgoing second-gen Raptor’s starting MSRP of $53,455, though the smaller SuperCab configuration is no longer available, as Ford Authority reported way back in October of 2020.

2021 Ford F-150 Raptor buyers won’t be getting any additional power for that extra outlay of cash, as the third-gen model’s 3.5L EcoBoost V6 H.O. powerplant is rated to produce the same 450 horsepower and 510 pound-feet of torque as the outgoing model. However, the new Raptor does come with a host of upgrades in other areas, including a five-link rear suspension, 24-inch coil springs, Fox Live Valve internal bypass shocks, and 35-inch or, for the first time, 37-inch, specially-designed BFGoodrich all-terrain T/A K02 tires.

Those craving a little more power will have to wait to get it, as the Ford F-150 Raptor R is due to launch in 2022 and will be powered by Ford’s supercharged 5.2L Predator V8.