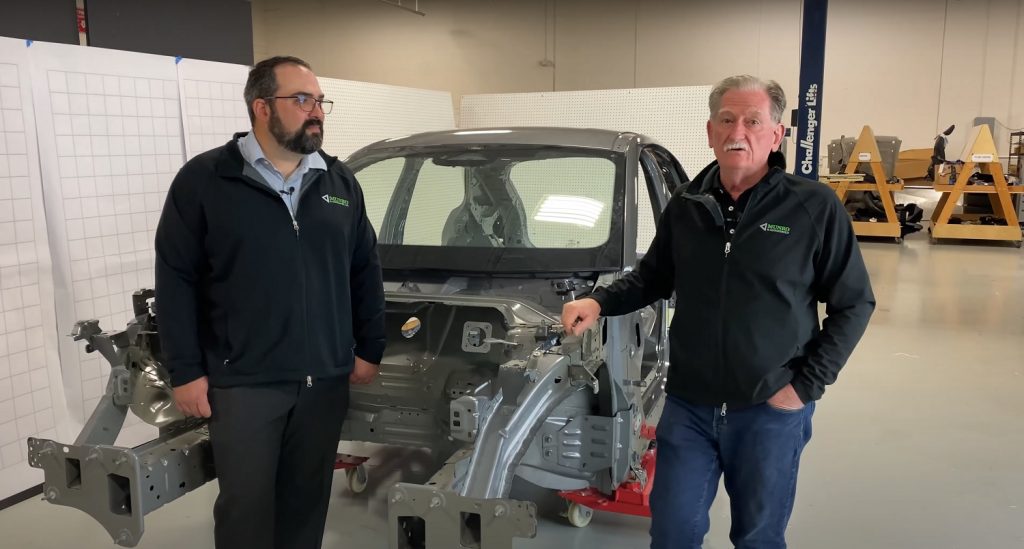 Ex Ford engineer, owner of engineering consulting firm Munro & Associates, Inc., and YouTuber Sandy Munro has been working on disassembling a 2021 Ford Mustang Mach-E for a while now. To date, that process has included checking out the Mach-E’s undercarriage, frunk area, door assembly, rear cargo area, pillars, front end, seats, battery pack, suspension, thermal system (including a deep dive into its heating and cooling), battery tray, voltage system, and instrument panel, as well as comparing its engineering to its rivals and conducting a thorough battery analysis. Now, Munro is taking a closer look at the Mach-E body in white. 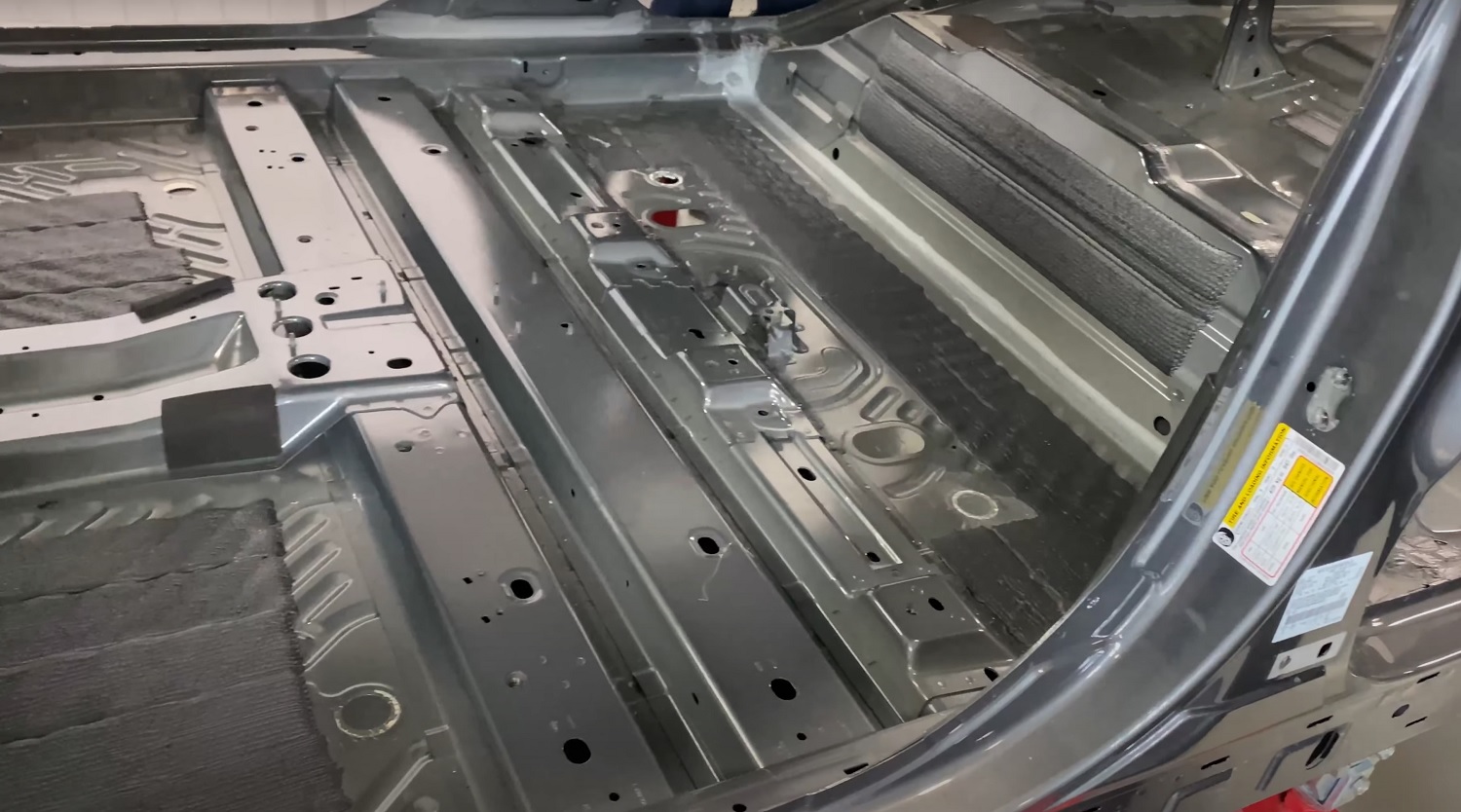 The Mach-E body in white is a bit of a misnomer, as the vehicle is actually painted Carbonized Gray, but it’s an old-school term that simply refers to the fact that Munro’s team has stripped the car down to its bare body. Munro starts the discussion by noting that the Mach-E’s body is “massive,” noting that “if it doesn’t have a five-star crash rating, it will.” As Ford Authority reported back in April, the EV crossover did earn an IIHS Top Safety Pick award after acing all six crashworthiness tests, so he’s not wrong. 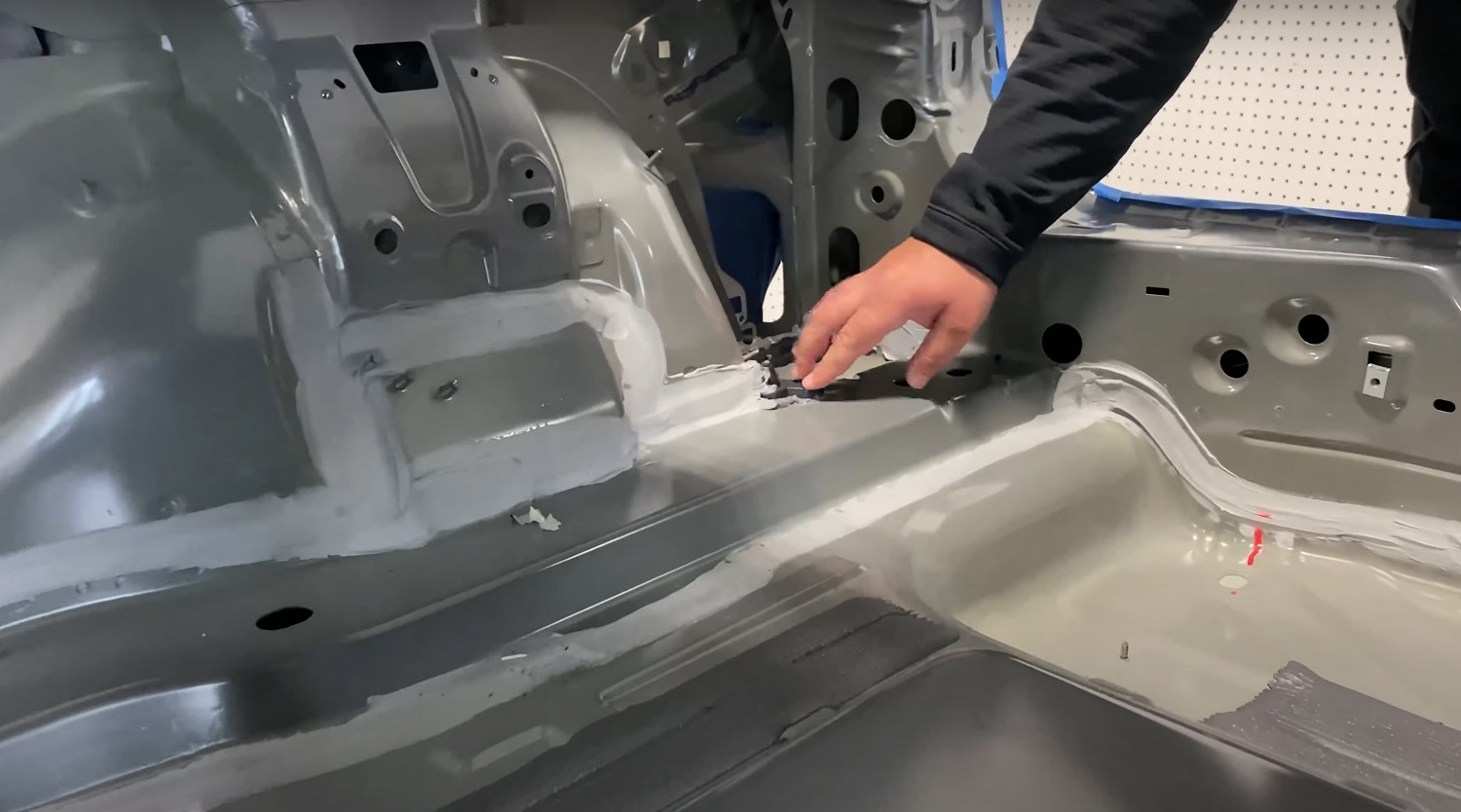 Part of that performance can be attributed to the Mach-E body’s hefty weight, which with the windshield comes in at just a hair shy of 880 pounds. Altogether, the Mach-E weighs as much as some configurations of the Ford F-150, thanks in part to beefy front rails and extensive use of high-strength steel to protect the battery. There are quite a few additional reinforcements located throughout the body specifically designed to do exactly the same thing by deflecting the impact of a crash away from the battery.

Crashworthiness is an important characteristic of battery-electric vehicles, and as Munro and his team point out, the Mach-E was engineered to be “ready for almost anything,” which should give owners a little extra peace of mind.