Surprisingly, quite a few new vehicles still don’t offer Android Auto or Apple CarPlay compatibility, but that isn’t the case with the 2021 Ford F-150 and 2021 Ford Mustang Mach-E. In fact, the 2021 F-150 already offers Apple Maps integration in the truck’s digital gauge cluster, which enables the driver to view directions without having to look over at the infotainment screen. Now, the 2021 Ford Mustang Mach-E will be getting that feature as well, the automaker has confirmed. 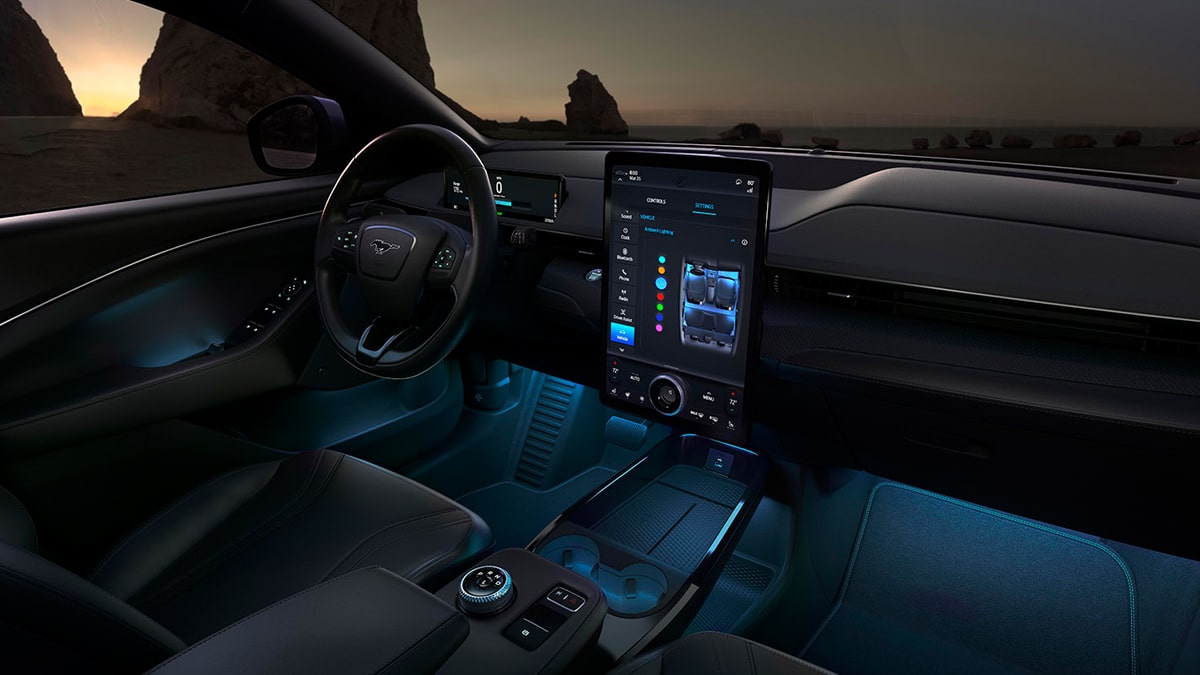 The Ford Mustang Mach-E will gain this improved Apple Maps integration via an upcoming over-the-air update, which will enable directions to be displayed in the EV crossover’s digital instrument cluster as well. And since the Mach-E runs SYNC 4A, it already offers wireless Apple CarPlay accessibility, which is also the case with the 2021 F-150 and its SYNC 4 software.

OTA updates such as this one are made possible by Ford’s brand new, connected vehicle platform called Blue Oval Intelligence, which integrates a number of systems – including power distribution, electrical, software, and computing – into connected Ford and Lincoln vehicles. Ford is betting big on connected services, which it sees as a major future revenue generator as the automaker expects that 32 million OTA-capable Blue Oval vehicles will be on the road by 2028.

Mach-E owners have thus far been very receptive to OTA updates, as the automaker recently revealed that 95 percent have opted to download them so far. These updates can be used to help reduce warranty costs, extend product life cycles, quickly fix quality issues, and deploy new features like Apple Maps integration and BlueCruise – Ford’s hands-free highway driver-assist technology – which is coming to the 2021 F-150 and Mach-E later this year.

We’ll have much more on the Mach-E and Ford’s OTA updates soon, so be sure and subscribe to Ford Authority for more Mustang Mach-E news and non-stop Ford news coverage.

Argo AI To Offer Its HD Maps To Researchers For Free