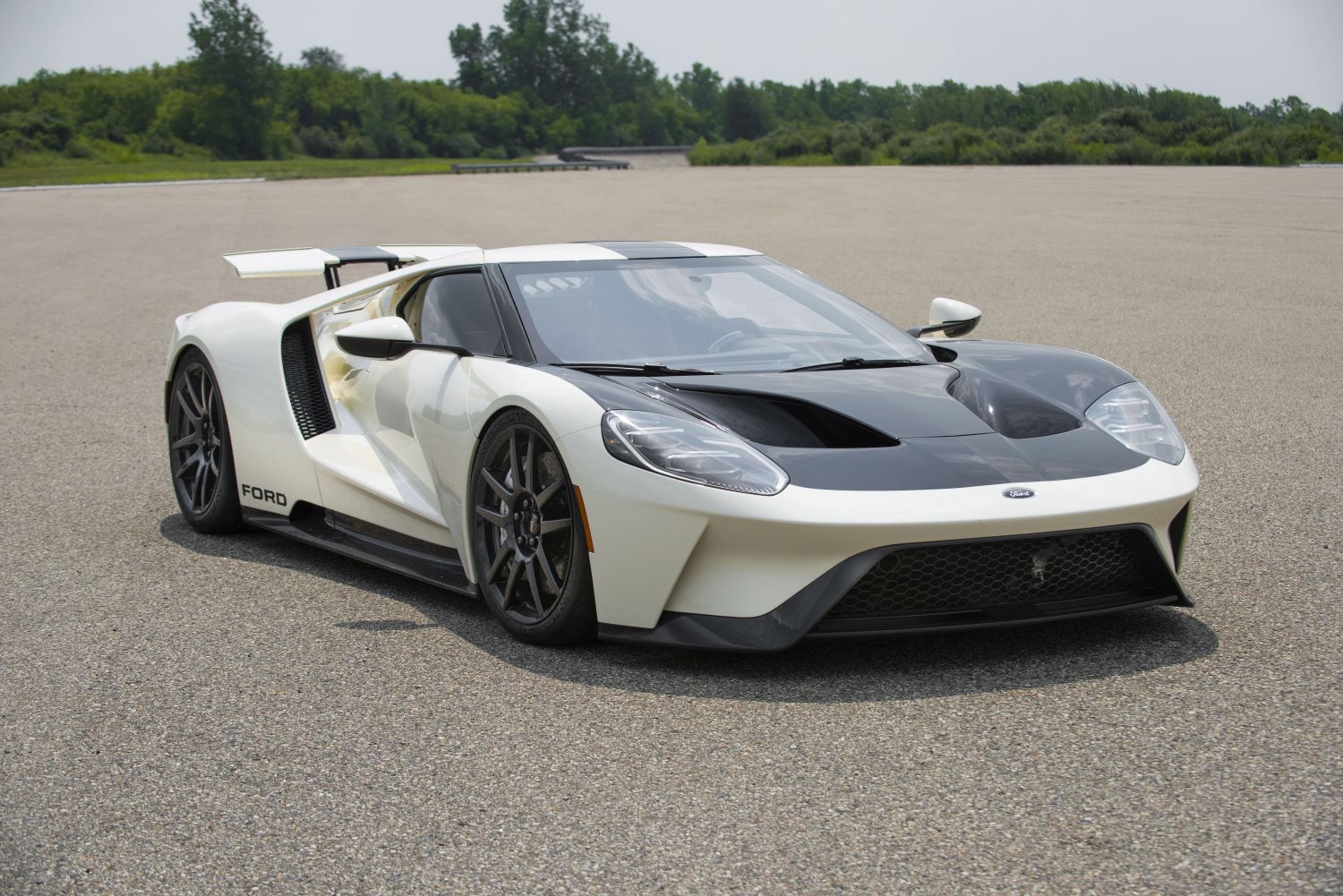 Over the years, Ford has rolled out a number of Heritage Edition GTs, each one celebrating a special moment in GT40 history. Now, the automaker has revealed the latest in this long-running collection – the 2022 Ford GT ’64 Prototype Heritage Edition, which pays homage to the 1964 Ford GT prototypes that gave birth to every GT that has followed. 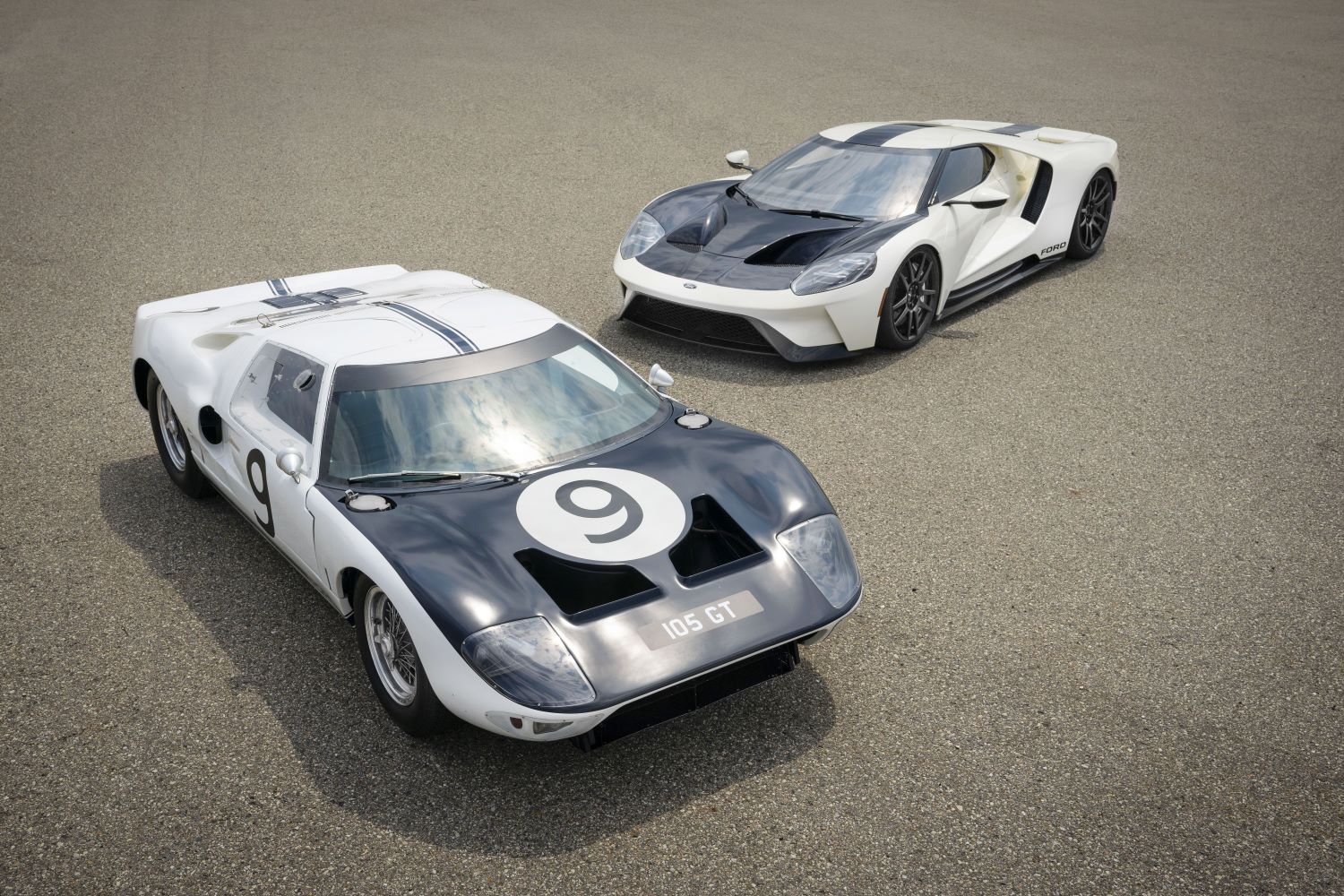 “This is the first Ford GT Heritage Edition that goes beyond celebrating race wins – this one goes deep and honors the earliest of Ford supercar heritage,” said Mike Severson, Ford GT program manager. “The Ford GT ’64 Prototype Heritage Edition is a modern interpretation of the original, with no mistaking what this car is paying tribute to.” 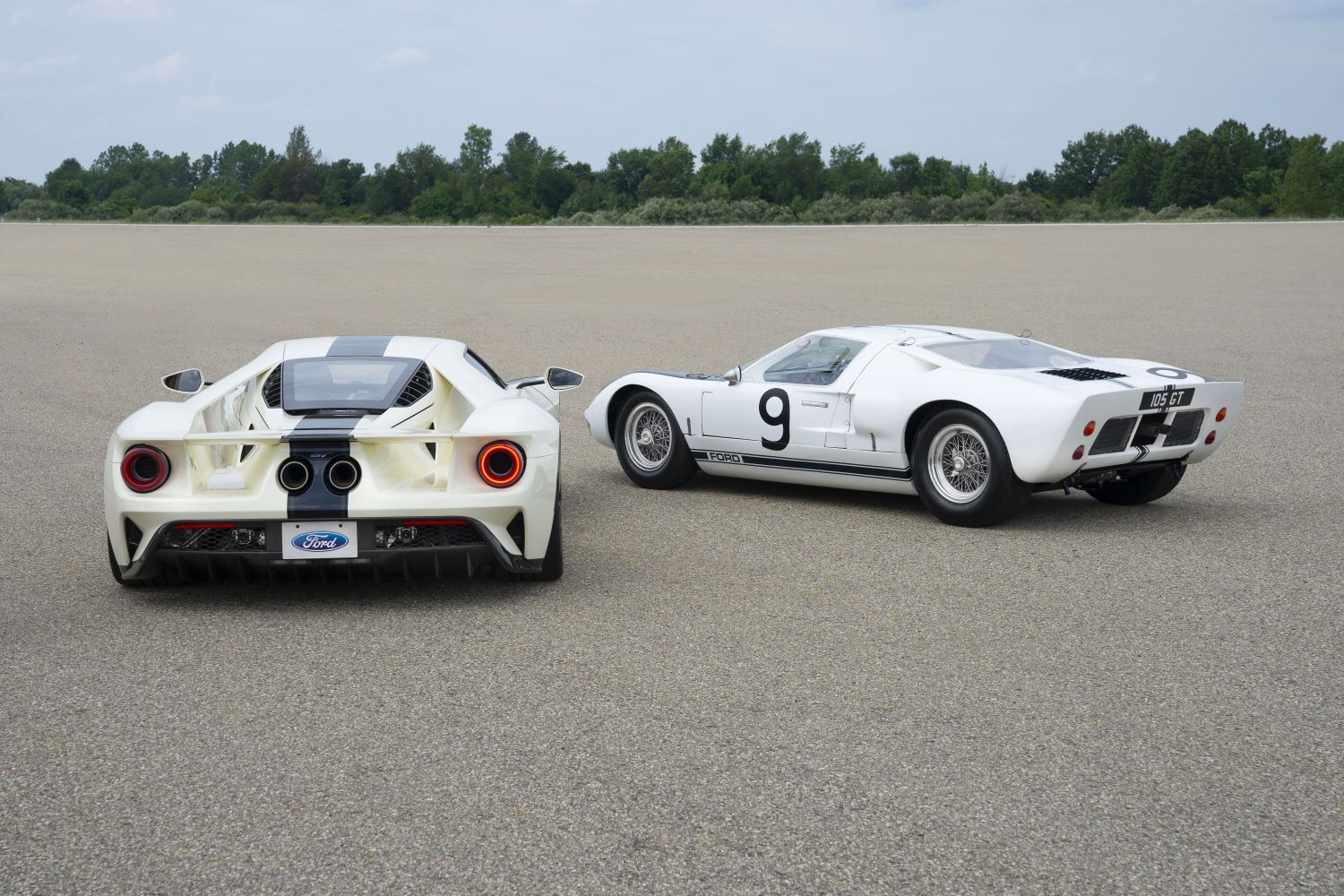 “There are a lot of milestone moments in the history of Ford GT that we’ve celebrated, but the team was unanimous in believing the original prototype was the right vehicle this time around,” Severson said. “That 1964 prototype unleashed the creative genius of the Ford Advanced Vehicles team and paved the way for the Ford GT program. It put all of this in motion.” 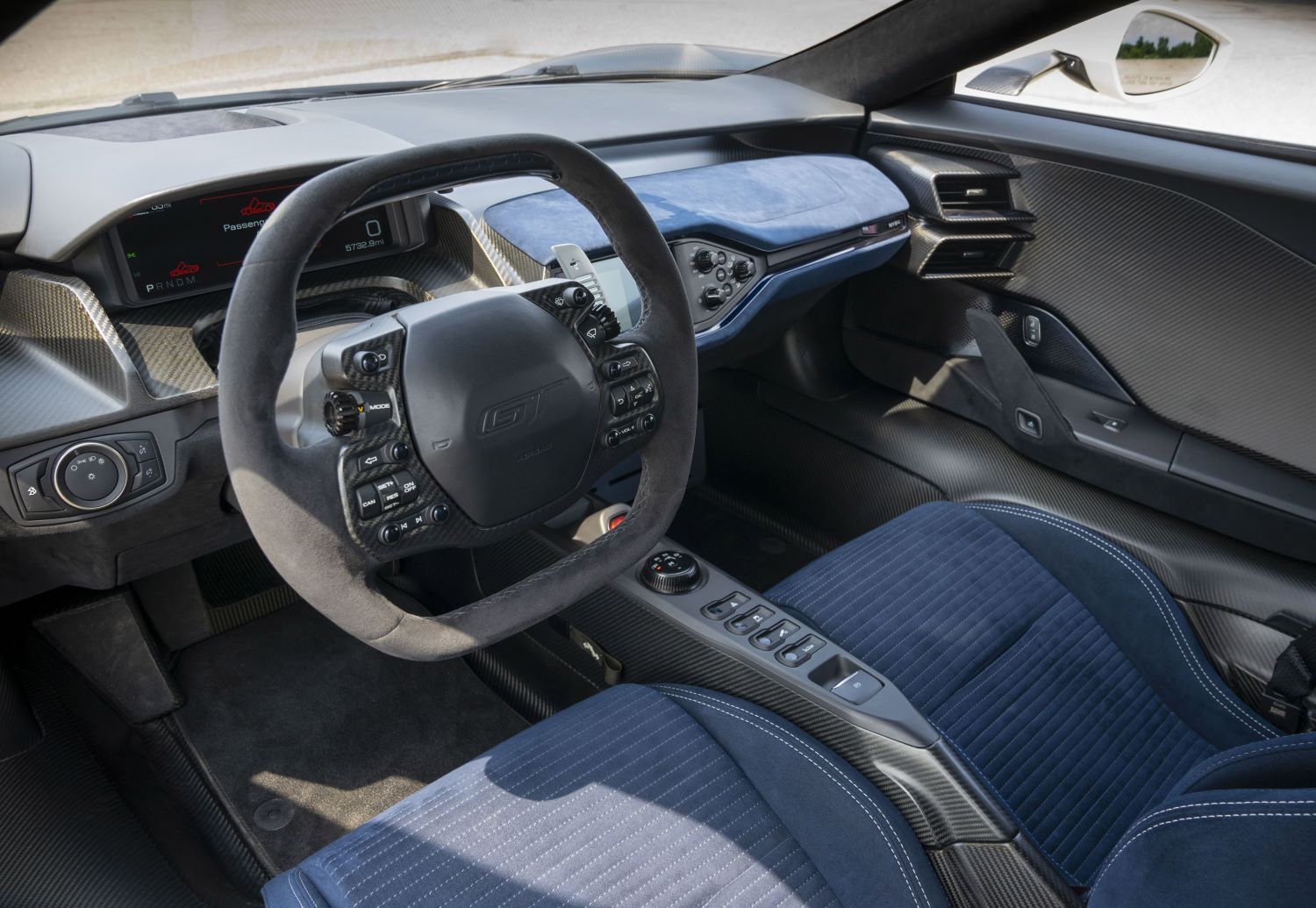 Ford began the development of the GT back in 1963, and less than one year later, the original prototype – chassis GT/101 – was revealed at the 1964 New York International Auto Show. A grand total of five prototypes were built, but GT/105 is the only surviving example wearing its period-correct livery. GT/101 and GT/102 were scrapped after crash testing, while GT/103 and GT/104 have been repainted and are on display at the Shelby Museum. 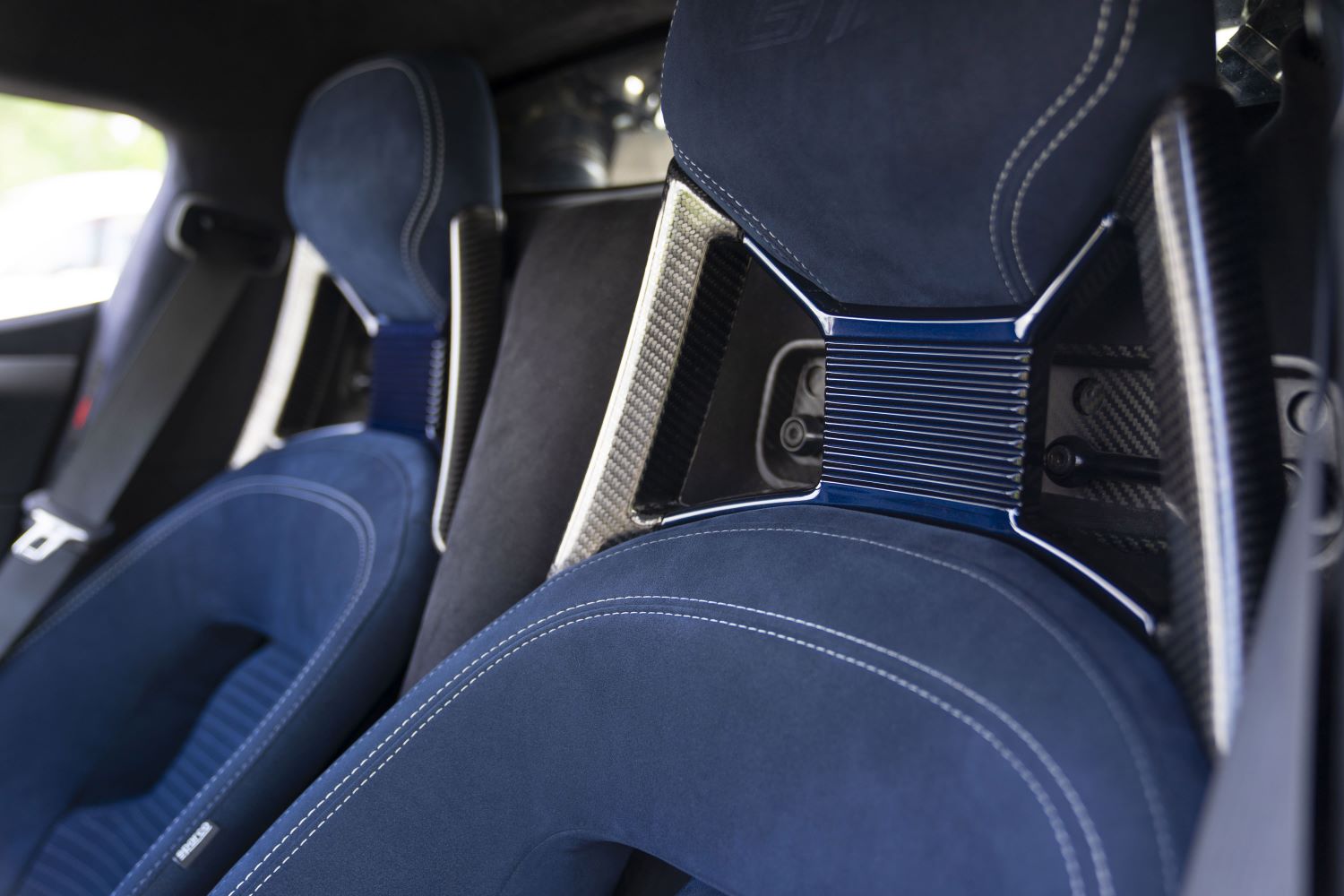 The 2022 Ford GT ’64 Prototype Heritage Edition will be on display at the upcoming Monterey Car Week, alongside GT/101, the car that inspired it and birthed it. The newest GT is finished in Wimbledon White with Antimatter Blue graphics, an exposed carbon fiber front splitter, side sills, mirror stalks, engine louvers, and 20-inch Antimatter Blue-painted carbon fiber wheels, and a gloss carbon rear diffuser. Silver and black Brembo brake calipers finish out the exterior of this modern classic. 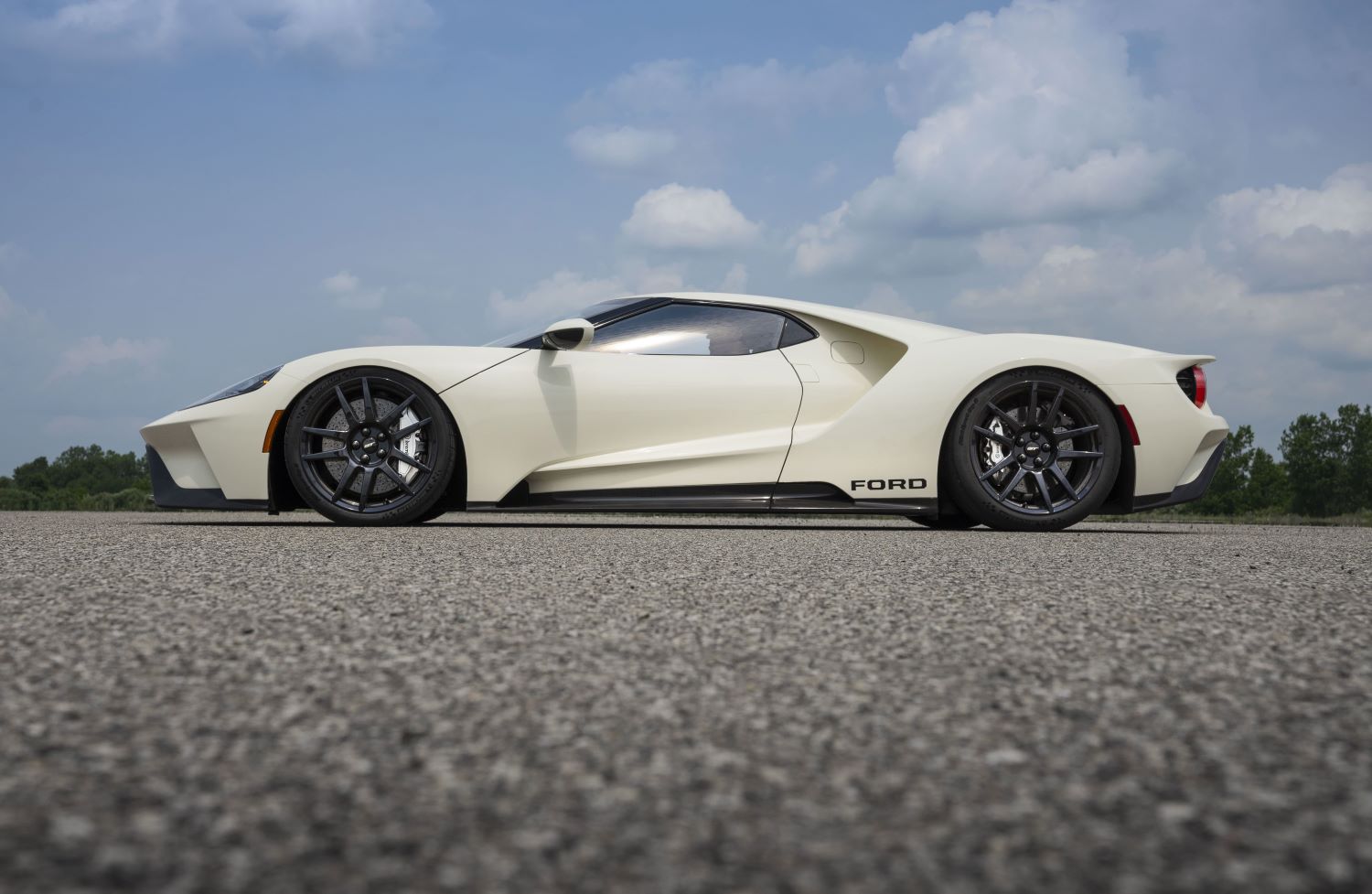 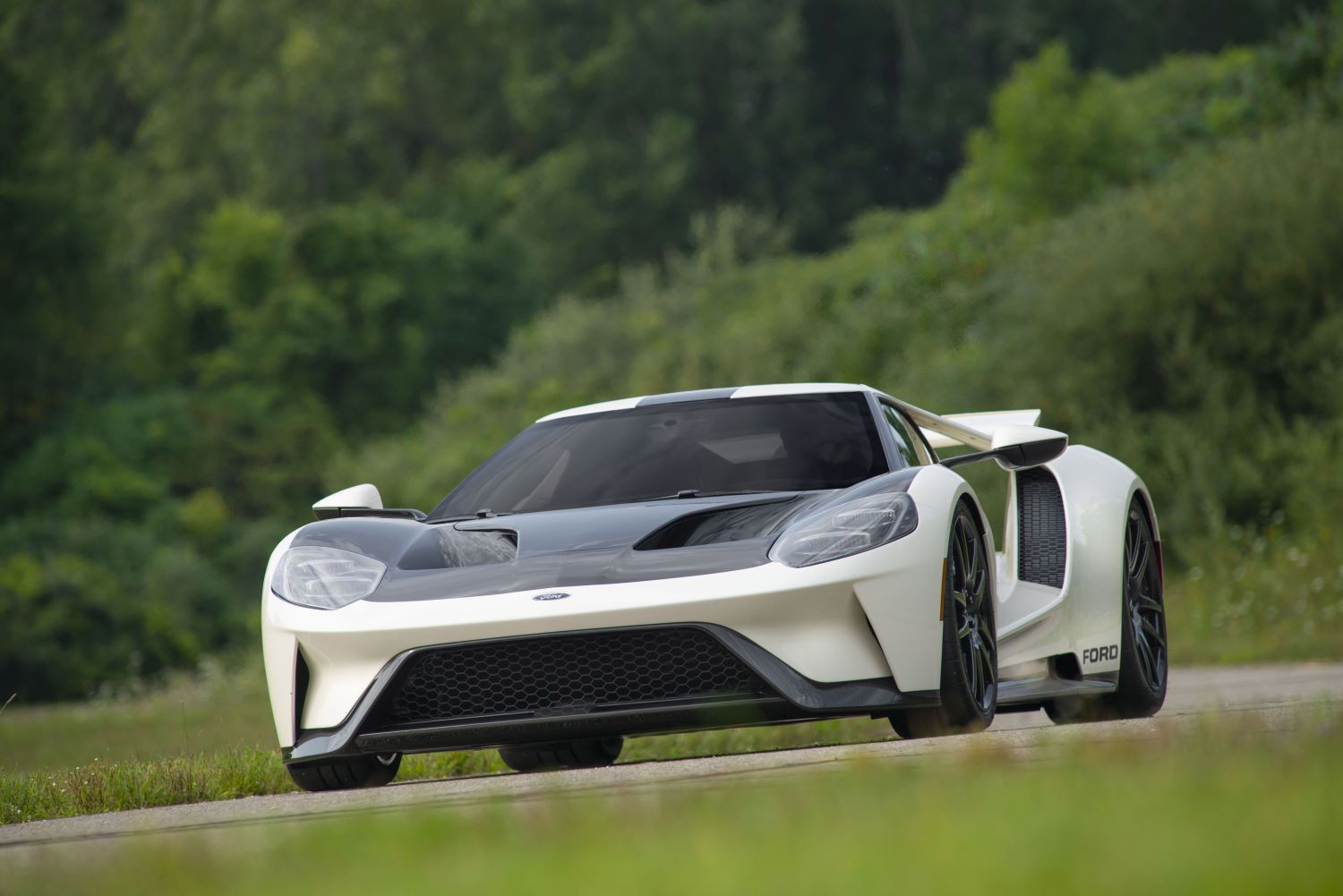 The 2022 Ford GT ’64 Prototype Heritage Edition seems like the perfect send-off for the GT, as production of the supercar is scheduled to end in 2022. However, as Ford Authority exclusively reported yesterday, a newly-spotted prototype – which seems to be utilizing a different powerplant than the GT’s 3.5L EcoBoost V6 – may signal that Ford intends to extend production of the halo car for the third time.

We’ll have more on this new Heritage Edition GT soon, so be sure to subscribe to Ford Authority for more Ford GT News and around-the-clock Ford news coverage.