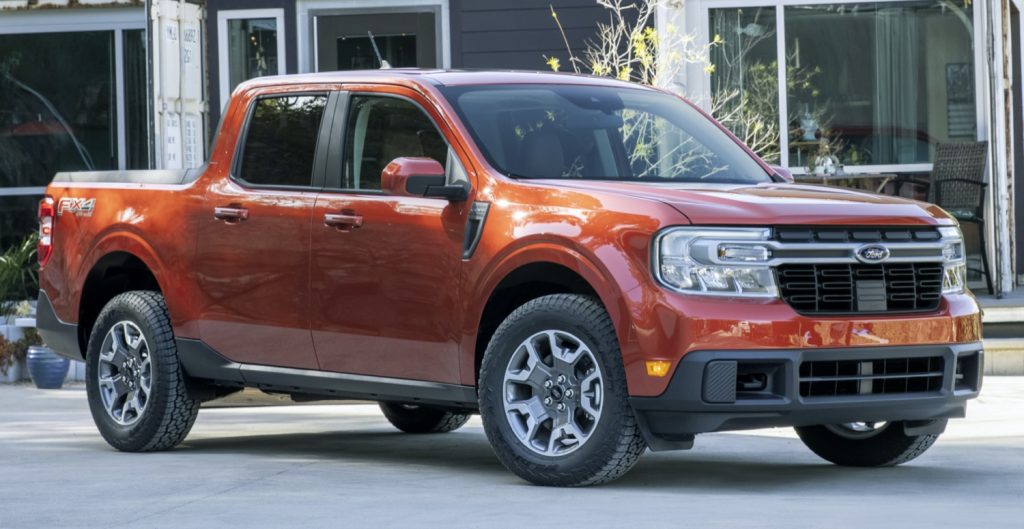 In the U.S., the 2022 Ford Maverick comes standard with front-wheel drive regardless of whether a customer opts for the base hybrid powertrain or Ford’s 2.0L EcoBoost I-4, while all-wheel-drive is available as an option on 2.0L EcoBoost models only, for now. However, Ford Authority has learned that this isn’t the case with Canadian versions of the 2022 Ford Maverick.

Ford Maverick customers in Canada that opt for the EcoBoost engine will only be able to pair it with all-wheel-drive, which is not currently available in conjunction with the base hybrid powertrain. However, as Ford Authority reported back in June, the lack of an AWD hybrid Maverick is due to the fact that the pickup utilizes a brand new electric motor which was developed and built by Ford in-house. This motor is slightly different from the one used in the Ford Escape Hybrid, which means that it won’t work with the Escape Hybrid AWD model’s e-CVT transmission without some modifications.

Additionally, the Maverick hybrid’s twist-beam rear suspension is mounted too low to accommodate an all-wheel-drive setup underneath and still retain a reasonable bed loading height. Regardless, these are things that Ford can create a workaround for, which means that an AWD Maverick hybrid is still a possibility at some point in the future.

In the U.S., all-wheel-drive is a $3,305 option on the Maverick, so it appears that Canadian customers will have to shell out a bit more if they wish to purchase a compact pickup with the more powerful EcoBoost powertrain. Ford’s 2.5L Atkinson cycle four-cylinder hybrid drivetrain is rated to produce 191 (total system) horsepower and 155 pound-feet of torque, and Ford’s 2.0L EcoBoost I-4 produces 250 horsepower and 277 pound-feet of torque. The hybrid powerplant is mated to a CVT transmission, while the turbocharged gas engine is paired with Ford’s 8-speed automatic gearbox.