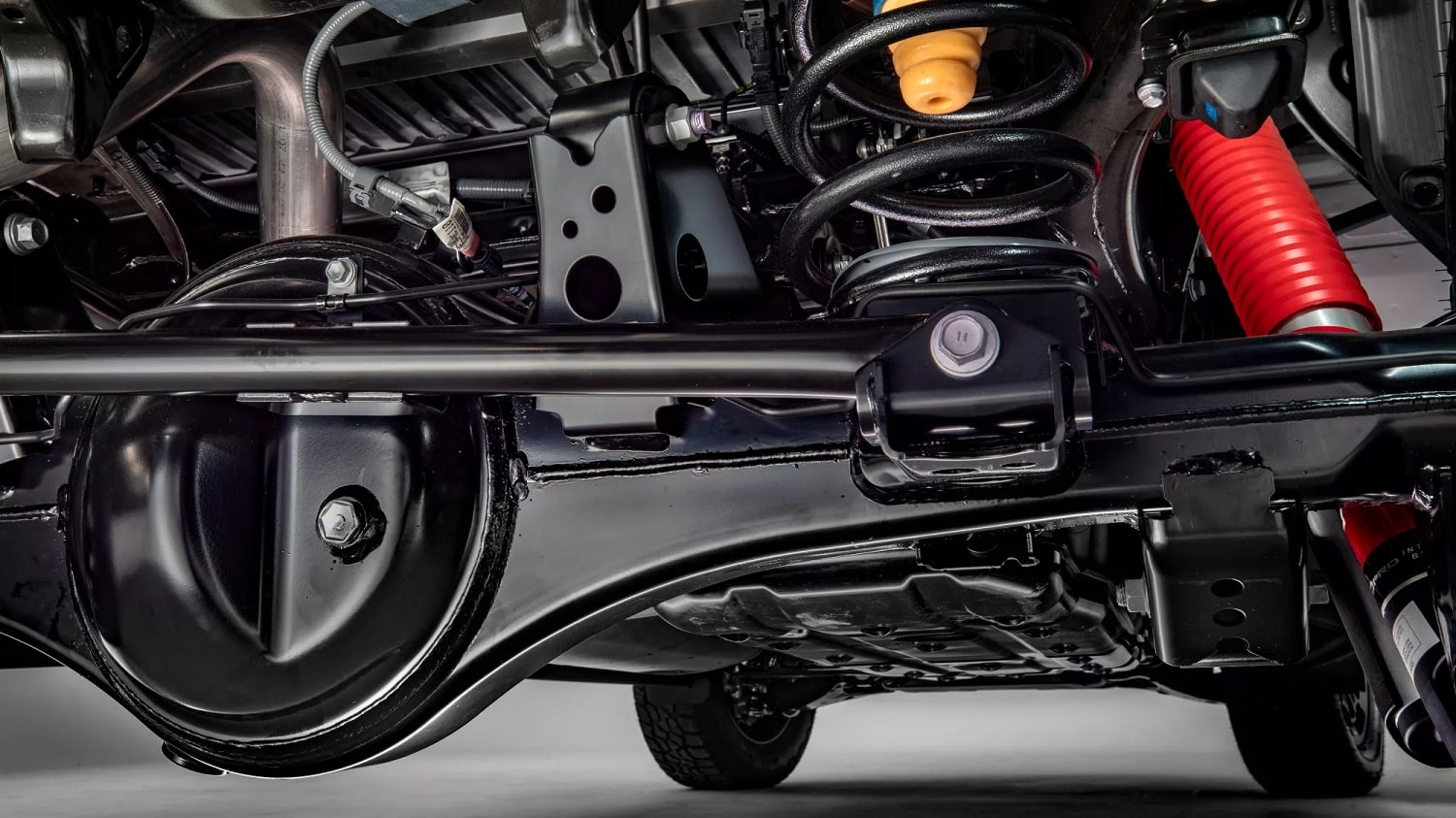 For starters, we can see that the new Tundra TRD Pro comes equipped with a coil spring rear suspension – or multi-link setup, as Toyota calls it – much like the truck’s rival, the third-generation 2021 Ford F-150 Raptor. Also, like the Raptor, the 2022 Tundra TRD Pro will be equipped with Fox shocks up front, as well as a beefy-looking skid plate emblazoned with giant red “TRD” lettering. 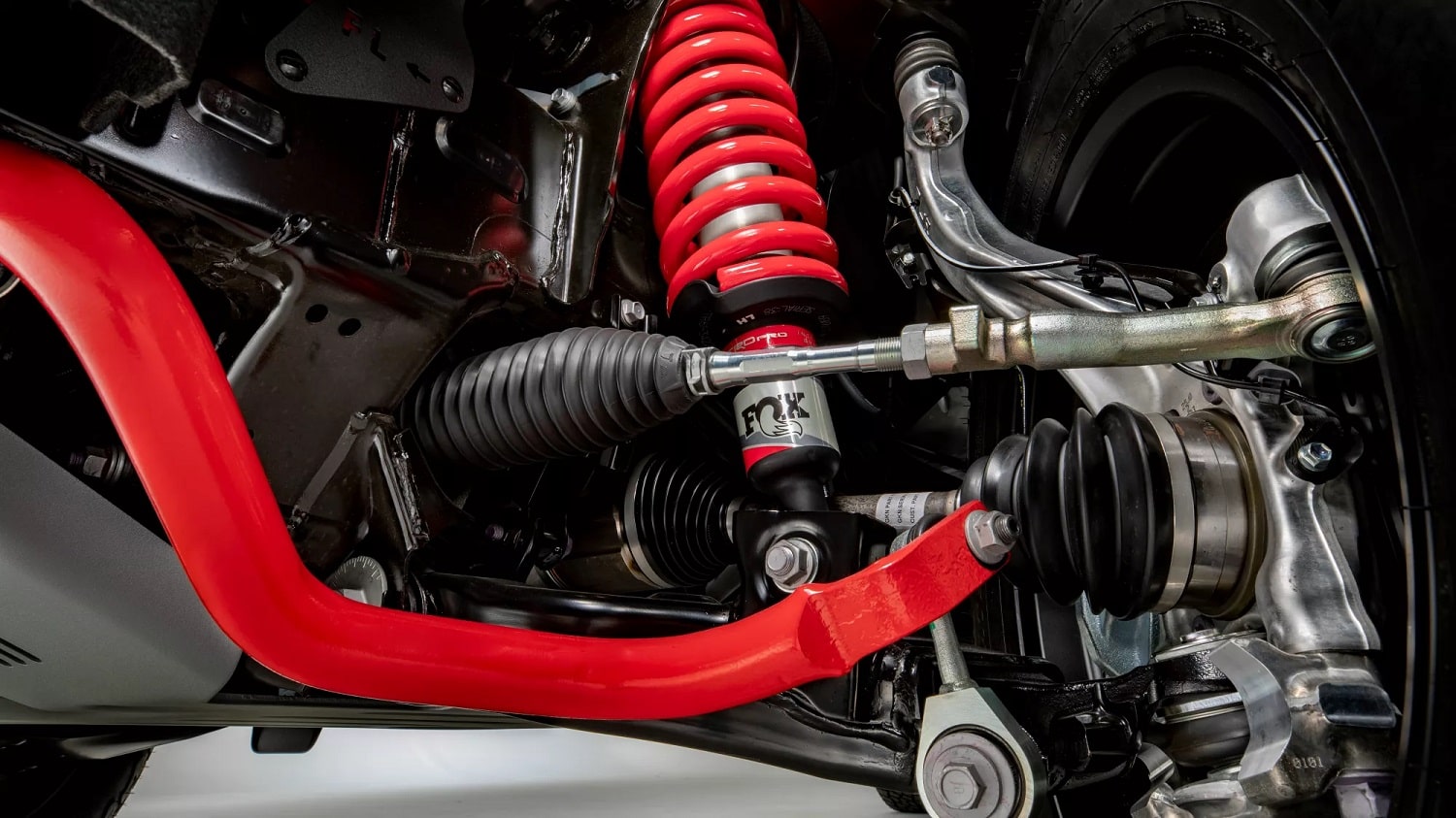 Given this information, it’s clear that Toyota is aiming for the 2021 F-150 Raptor with the 2022 Tundra TRD Pro in the ever-popular off-road-focused full-size pickup segment. The third-generation Raptor is the first to feature a brand new five-link rear suspension with extra-long trailing arms, a Panhard rod, 24-inch coil springs, and Fox Live Valve internal bypass shocks with electronic control technology and position-sensitive damping, along with either 35-inch or 37-inch, specially-designed BFGoodrich all-terrain T/A K02 tires.

It’s been a couple of months since Toyota revealed its first 2022 Tundra teaser, and there appear to be at least two more coming before the automaker finally reveals the all-new pickup. Regardless, this is a critical product for Toyota, as the current-gen Tundra has been on sale, essentially unchanged, since 2014. After neglecting the model for some time, it appears that Toyota is serious about making it a competitive product, and thus, we’ll keep our eyes peeled for future teasers and leaks.