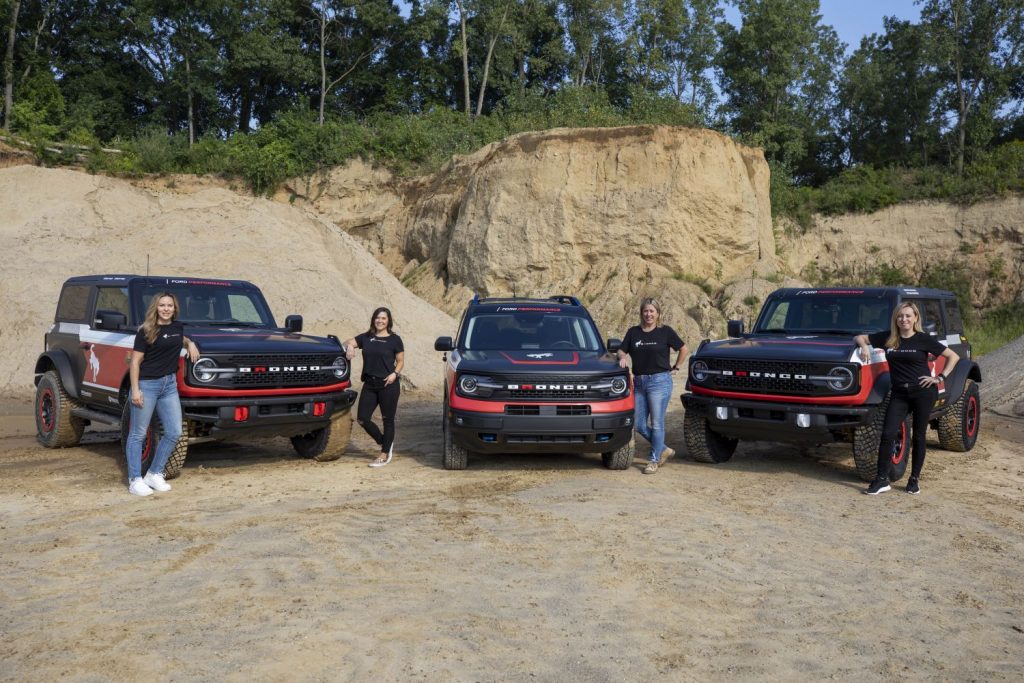 Last year, a trio of specially-prepared Ford Bronco Sport crossovers participated in the grueling, women-only Rebelle Rally that spans 1,200 miles of rugged terrain between Lake Tahoe, Nevada, and the Imperial Sand Dunes in California. Impressively, all three teams completed the race, and one – driven by professional racer Shelby Hall and experienced navigator Penny Dale – took home first place in the X-Cross class. Now, as the 2021 Rebelle Rally approaches, Ford has once again prepared a trio of rides to compete, but this time that lineup consists of two Ford Bronco SUVs and one Bronco Sport. 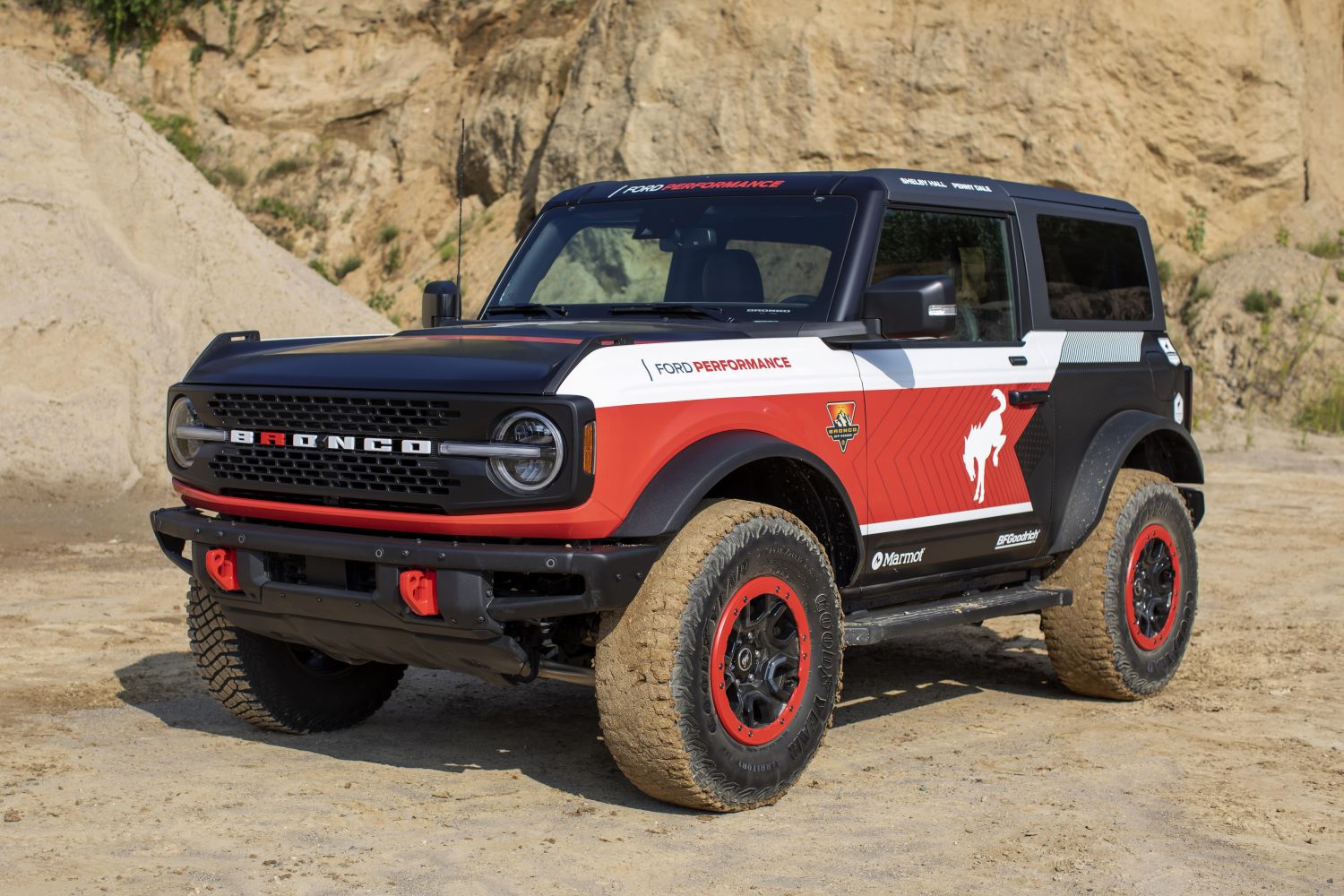 Hall and Dale will return for the 2021 Rebelle Rally in an attempt to score back-to-back class wins, but this time, they’ll do it in a two-door Bronco. They’ll be joined by professional off-roaders Melissa Fischer and Cora Jokinen and their Bronco Sport as they compete in the X-cross class, along with novice off-roaders Kathryn Reinhardt and Victoria Bundrant from off-road retailer 4Wheel Parts, who will compete in the 4×4 class at the wheel of a four-door Bronco. 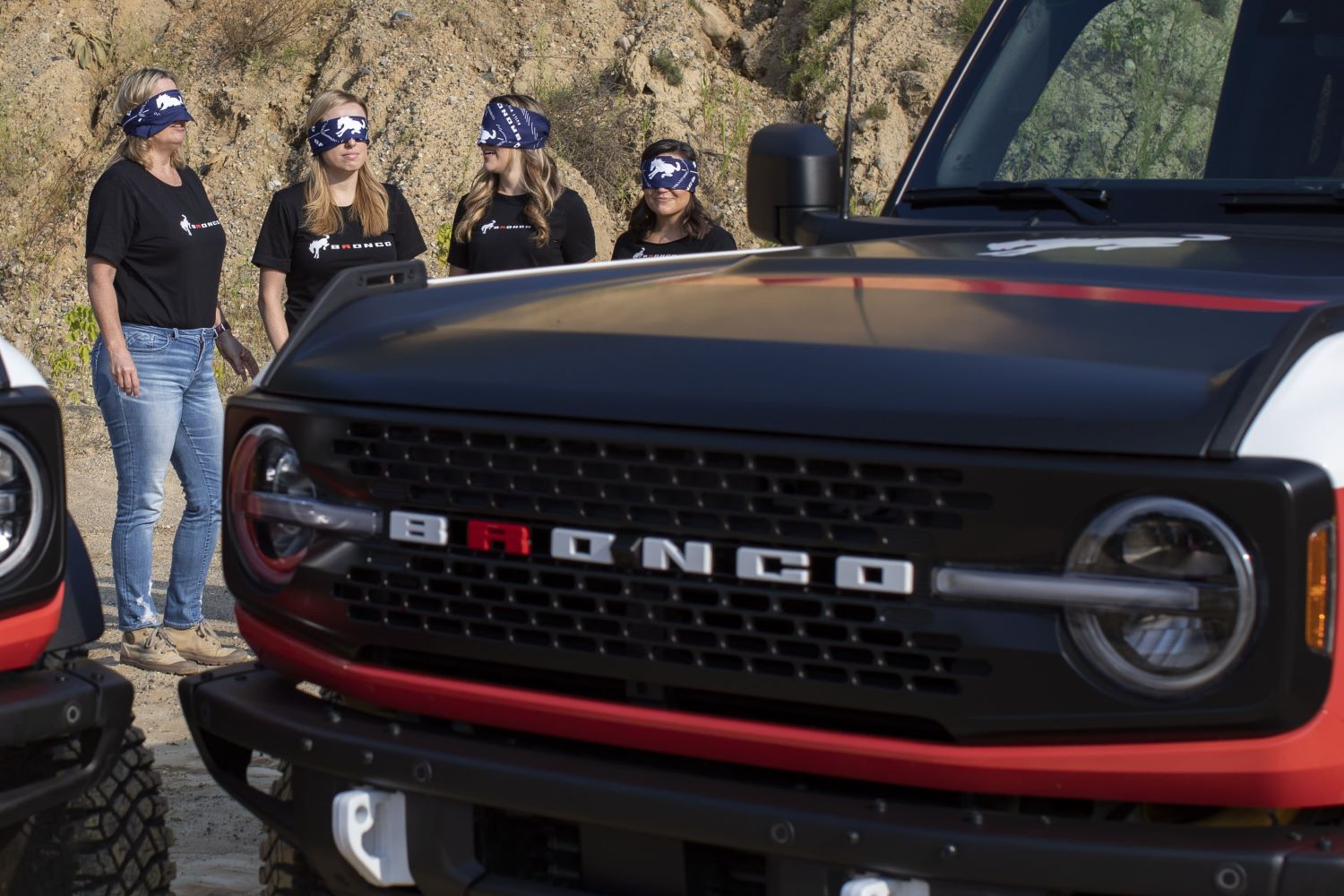 “We’d love nothing more than to podium a Bronco and a Bronco Sport at the same time,” said Jovina Young, Bronco Sport marketing manager. “What I really like about sending the full family of Broncos is that Rebelle is about taking on different types of terrains and exploring; competitors aren’t just hitting high speeds in the desert. It’s a chance to show Bronco doing a different type of off-roading.” 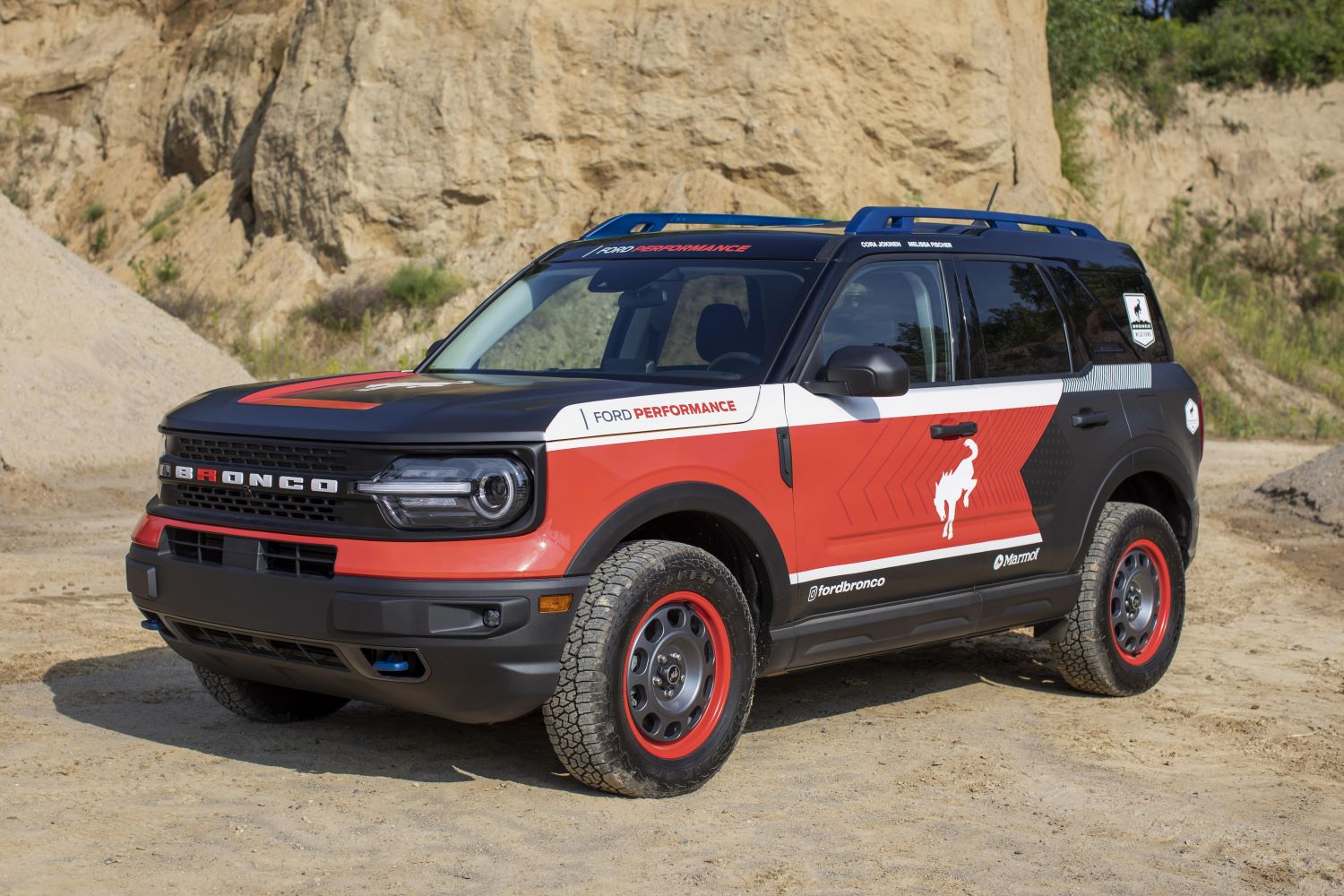 The two-door Bronco is a Wildtrak-trimmed SUV, while the Bronco Sport and four-door Sasquatch Package-equipped Bronco are Badlands trims. The trio of Broncos is dressed up in the same livery as the Bronco 4600 stock class race SUV that competes in the ULTRA4 stock class off-road series. All three vehicles are stock, save for the removal of their second-row seating, though the four-door Bronco will be fitted with some accessories from the 4Wheel Parts catalog. Per Rebelle Rally rules, the teams cannot use their vehicles’ navigation systems or Trail Maps feature – only paper maps. 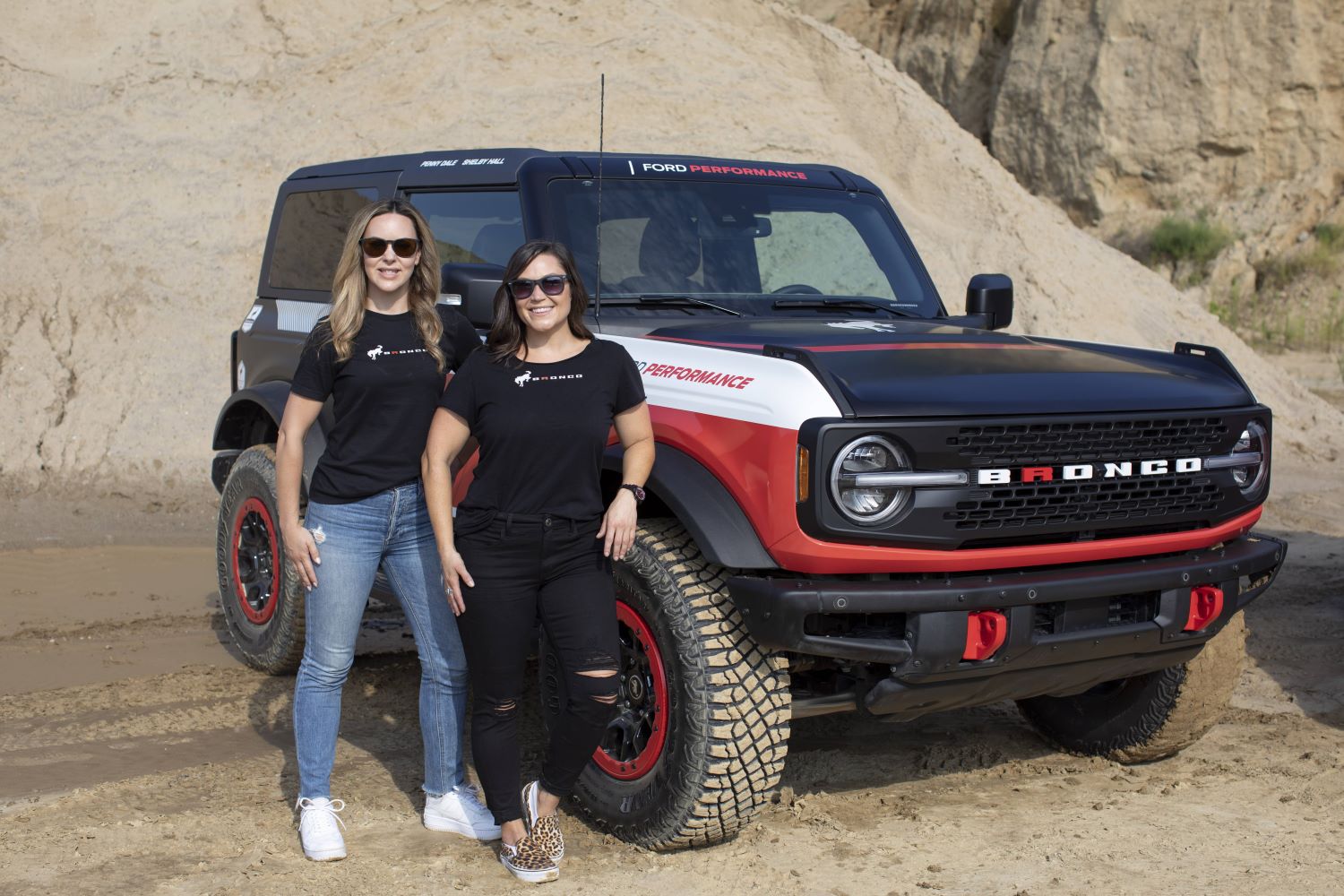 “The No. 1 obstacle at Rebelle is your navigation, but the terrain definitely challenges the vehicles and these competitive women too,” Young said. “This is such a great event to showcase what Bronco and these women off-roaders are capable of in the harshest conditions.” 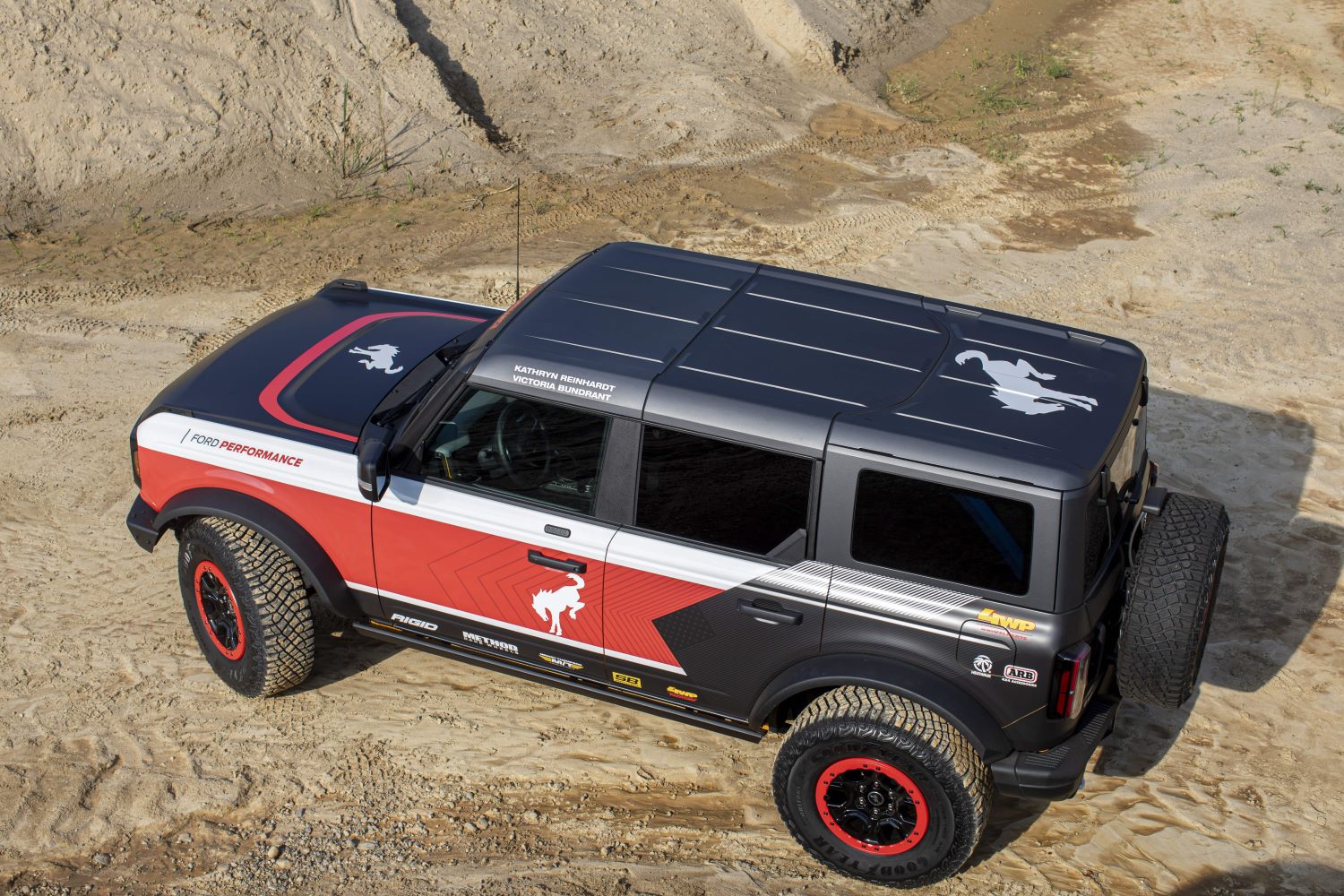 The 2021 Rebelle Rally kicks off on October 8th at the Hoover Dam in Nevada and wraps up on October 16th at the Imperial Sand Dunes.

We’ll have more on the Rebelle Rally soon, so be sure and subscribe to Ford Authority for more Ford Bronco news, Bronco Sport news, and around-the-clock Ford news coverage.