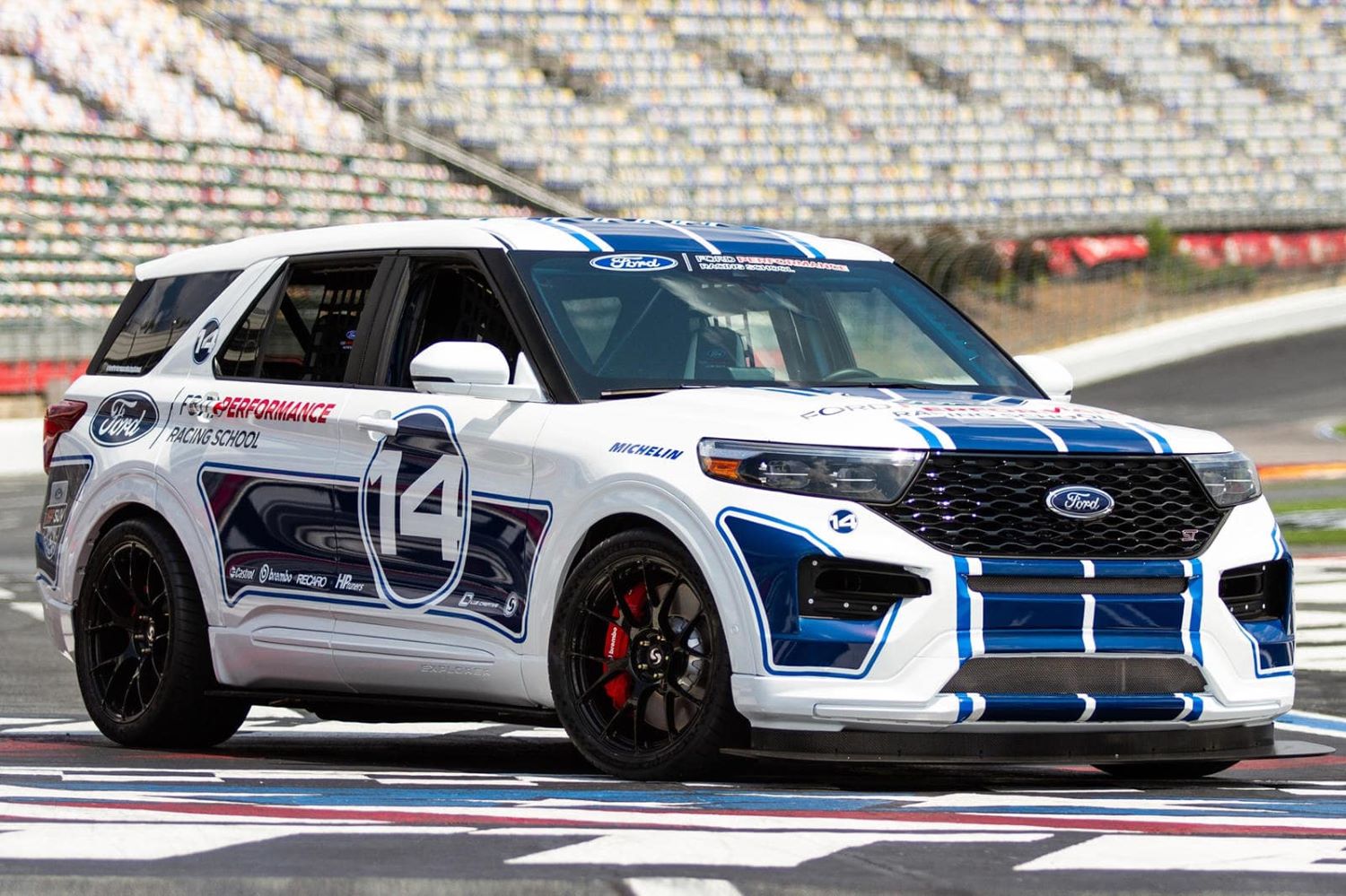 The Ford Performance Racing School has offered a number of experiences for vehicle owners for years now, including the Ford Mustang and its high-performance ST lineup. But the automaker’s performance arm wanted to bring a bit more attention to its school, located at Charlotte Motor Speedway in Concord, North Carolina, so it came up with a unique way to do just that – with this heavily-modified Ford Explorer ST that will make its debut at the upcoming Woodward Dream Cruise. 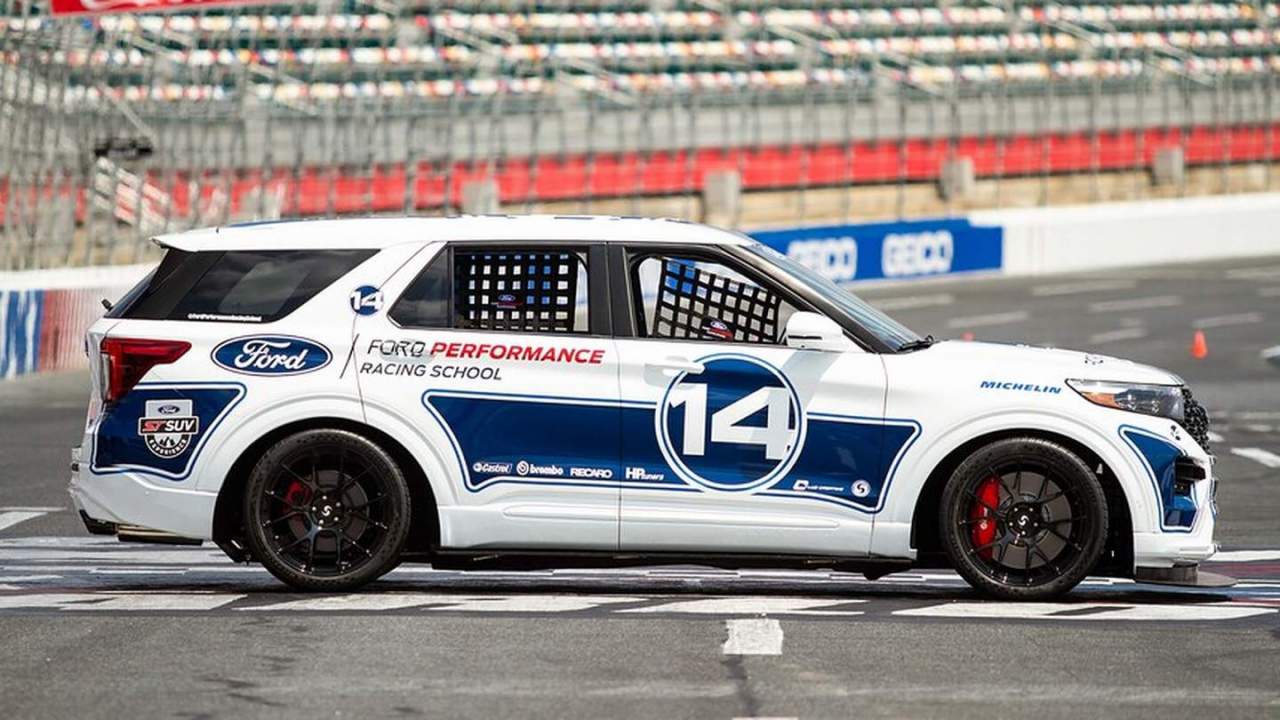 The special Ford Explorer ST will take up residence in Mustang Alley beginning August 21st, when it will officially be revealed to the masses. And make no mistake – it’s not just some wrapped version of Ford’s performance crossover – which will be offered with standard rear-wheel drive in 2022 – but rather, a heavily modified vehicle built specifically to terrorize whatever track it happens to be flying across on any given day. 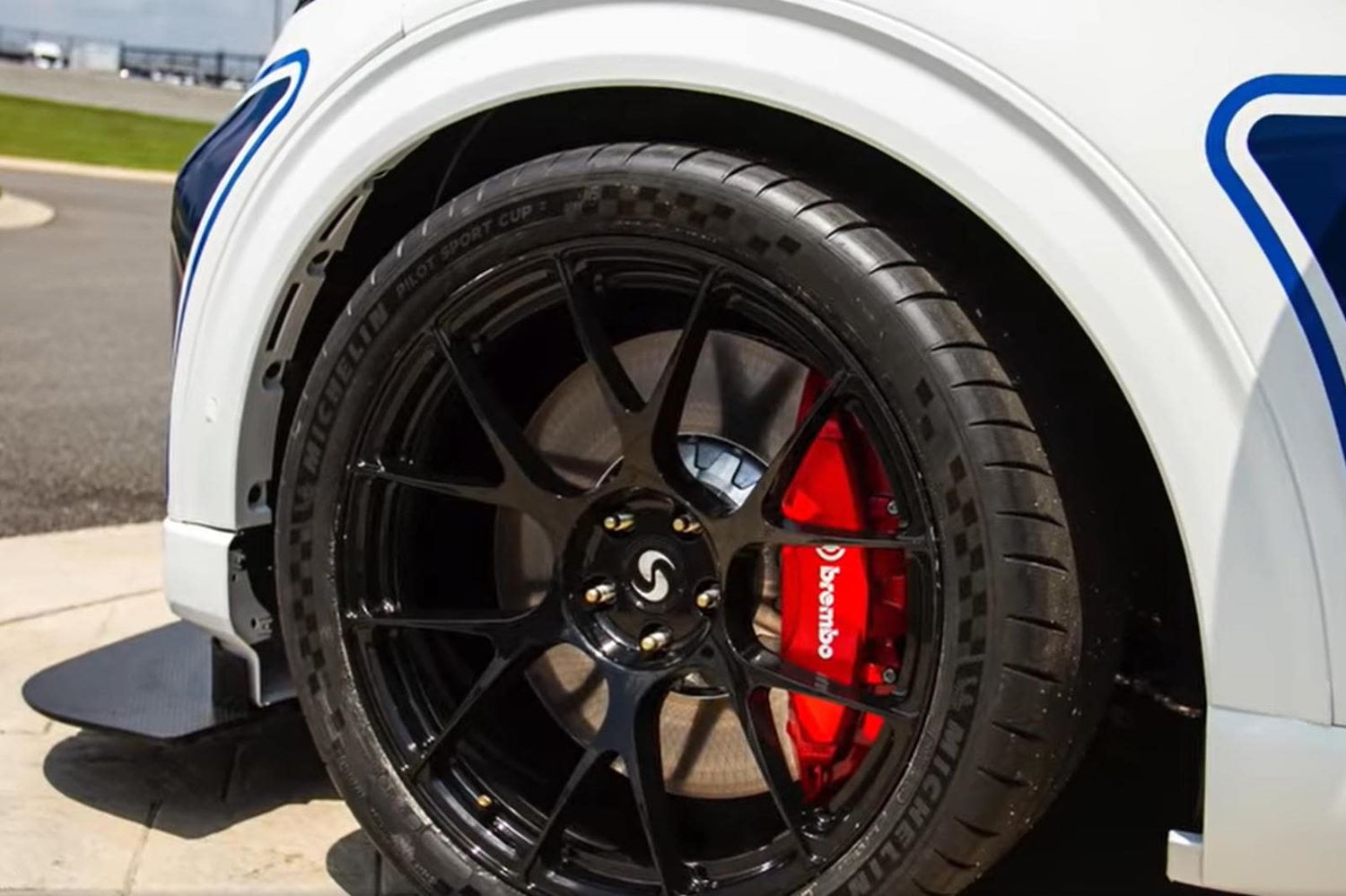 Under the hood, Ford’s twin-turbocharged 3.0L EcoBoost V6 has been treated to a tune, but Ford hasn’t said just how much power that adds to the stock output of 400 horsepower and 415 pound-feet of torque. The one-off ST borrows its Brembo six-piston monoblock aluminum front calipers and 16.5-inch vented rotors, as well as Michelin 315/30ZR21 Pilot Sport Cup 2 tires from the Ford Mustang Shelby GT500, most notably. In this case, that sticky rubber is wrapped around a set of Signature Wheels SV503 Track Series wheels. 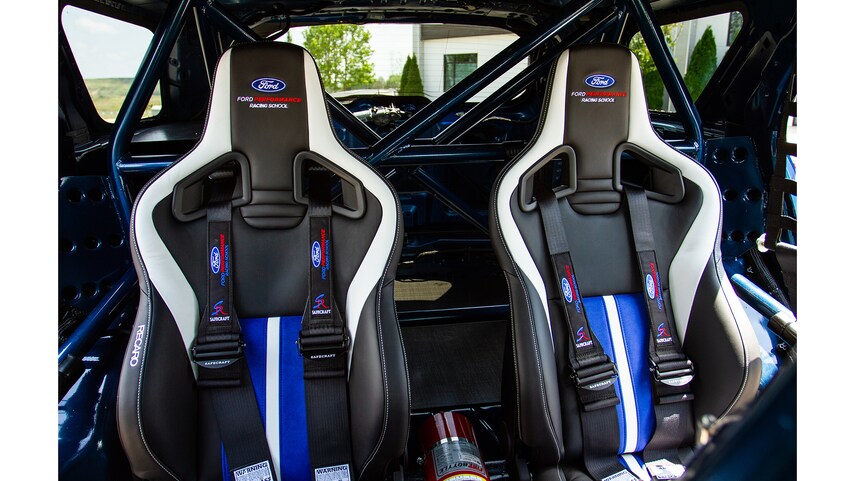 The Explorer ST certainly looks the part thanks to graphics designed by Lue Creative, but the interior is arguably the biggest change over the vehicle’s stock counterpart. Inside, Ford Performance has gone full race car by installing a custom-fabricated roll cage to protect up to four occupants, racing nets for all four windows, and four Recaro Cross Sportster CS seats with custom FPRS trim and Safecraft 4-point  safety harnesses. 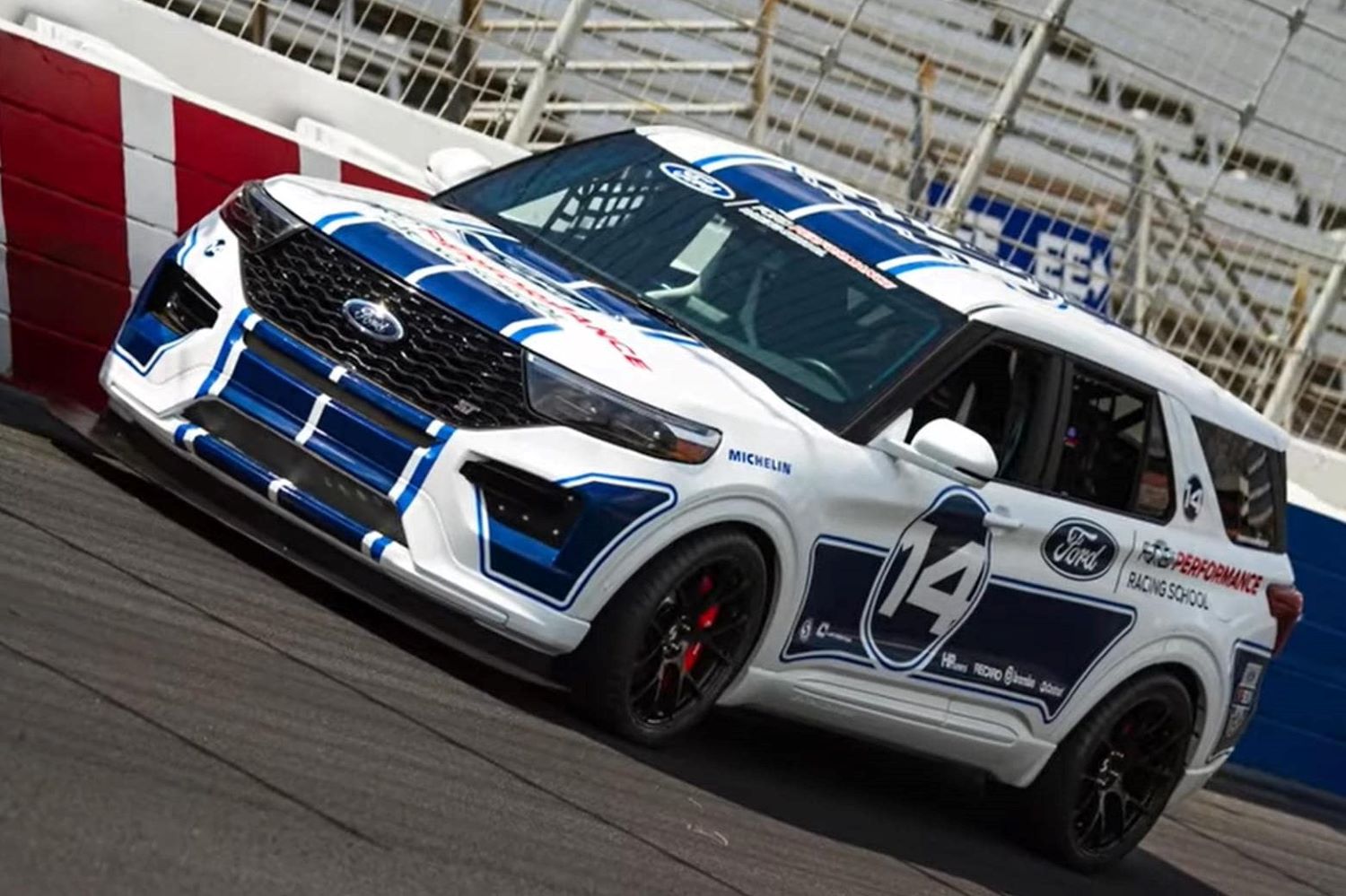 “Based on our experience with the production vehicle in the no-charge program we and Ford offer Explorer ST and Edge ST owners exclusively, the ST SUV Experience, the Explorer ST is a phenomenal vehicle,” said Dan McKeever, president, Ford Performance Racing School. “Already fast and nimble, our goal with our modified vehicle is to take this already capable platform and turn up the volume a bit, further unleashing the beast into one capable of thrilling up to four people on the track – all in a safe and controlled manner. Working closely with Ford engineers and with our valued partners we are on our way to accomplishing just that – and this vehicle is scheduled to see plenty of track time starting shortly after the  Woodward Dream Cruise. This is a work in progress. The vehicle will undergo more performance tuning as we learn its  full potential.”

We’ll have more on this track-focused Explorer ST soon, so be sure and subscribe to Ford Authority for more Ford Explorer news and continuous Ford news coverage.

Monster EarthRoamer XV-HD Is Built On A Ford F-750