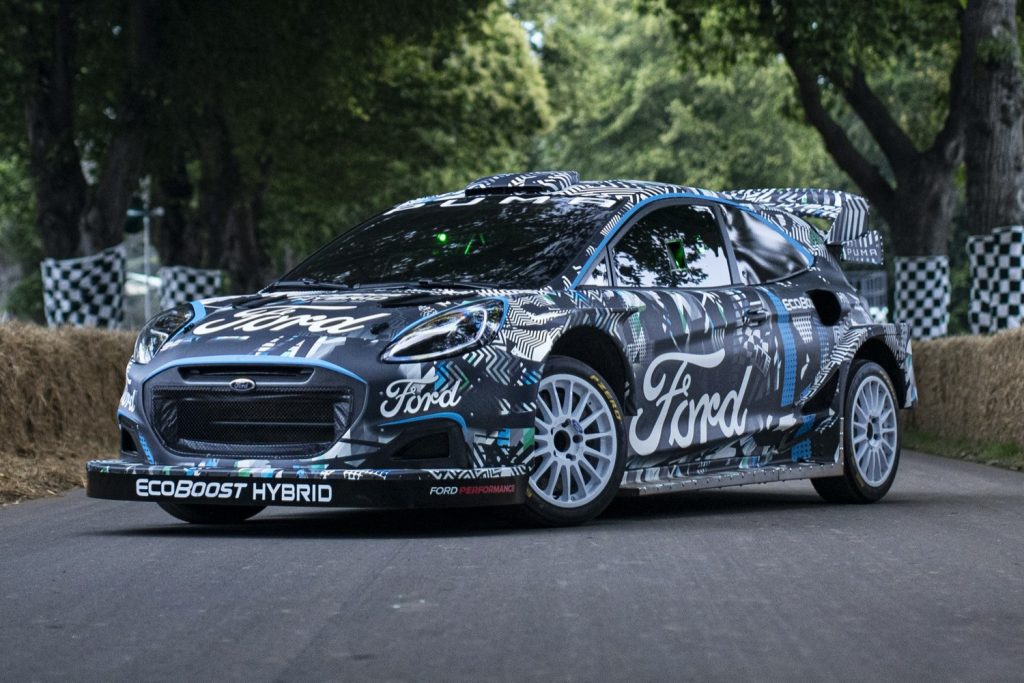 Last month, the M-Sport Ford World Rally Team revealed the all-new Ford Puma Rally1 prototype, which will replace the Ford Fiesta WRC next year. The running development vehicle has been undergoing quite a bit of testing recently as it prepares to take over for the long-running Fiesta rally car, which is obviously critical for a vehicle that must withstand serious punishment for long periods of time. And as we can see from these photos taken by Finnish photographer Hannu Rainamo, it can certainly catch some air, at least.

Rainamo captured the Ford Puma Rally1 prototype leaping over various hills in dramatic fashion, as well as sliding around and slinging dirt and rocks as a proper WRC vehicle should. But perhaps most interestingly, the Puma broke one of its side windows after landing one of these jumps, which is a pretty good indication of just how rough these sorts of stages can be on a vehicle – even one that’s designed to take extreme amounts of punishment and keep on ticking.

The Puma Rally1 certainly has big shoes to fill as it takes over for the quite successful Fiesta WRC, but it’s also designed to usher in a new, more environmentally-friendly era of rally racing. The Puma Rally1 is a plug-in hybrid, pairing Ford’s 1.6L EcoBoost I-4 with a 100 kW electric motor and a 3.9 kWh battery. The electrified part of that powertrain is capable of providing up to three seconds of max boost multiple times during a race, which seems like it would come in handy and be rather fun to play with at the same time.

Interestingly, the M-Sport Ford Rally Team previously stated that it would exit WRC altogether if the racing entity delayed its transition to hybrid power, and that’s likely because the Puma Rally1 is so far along in its development. Judging by what we’ve seen thus far, the new racer seems like it’s going to be just as much fun as its predecessor, if nothing else.

Ford Breaks It Off With Takata Air Bag Inflators