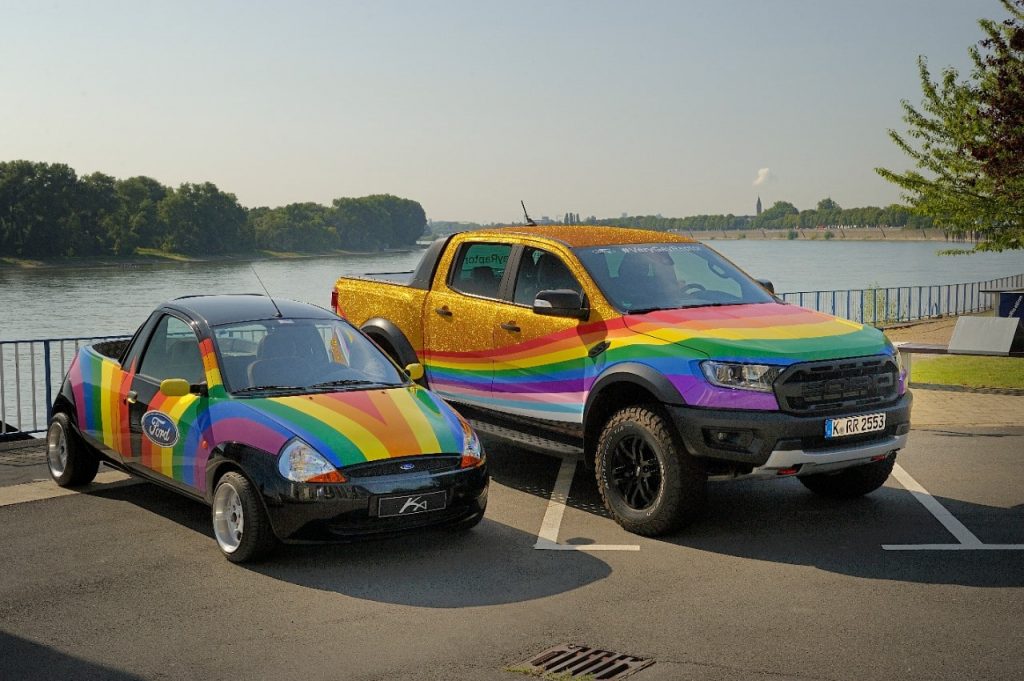 Ford has long held a reputation for supporting inclusion and has been named one of the best companies to work for LGBTQ individuals on numerous occasions, while it also supports the expansion of legal protections to help prevent discrimination against members of that same community. So it’s not terribly surprising that after someone left a homophobic comment on social media describing a blue livery present on the Ford Ranger Raptor as “very gay,” the automaker has responded by creating a special version of the off-road pickup dubbed the #VeryGayRaptor. 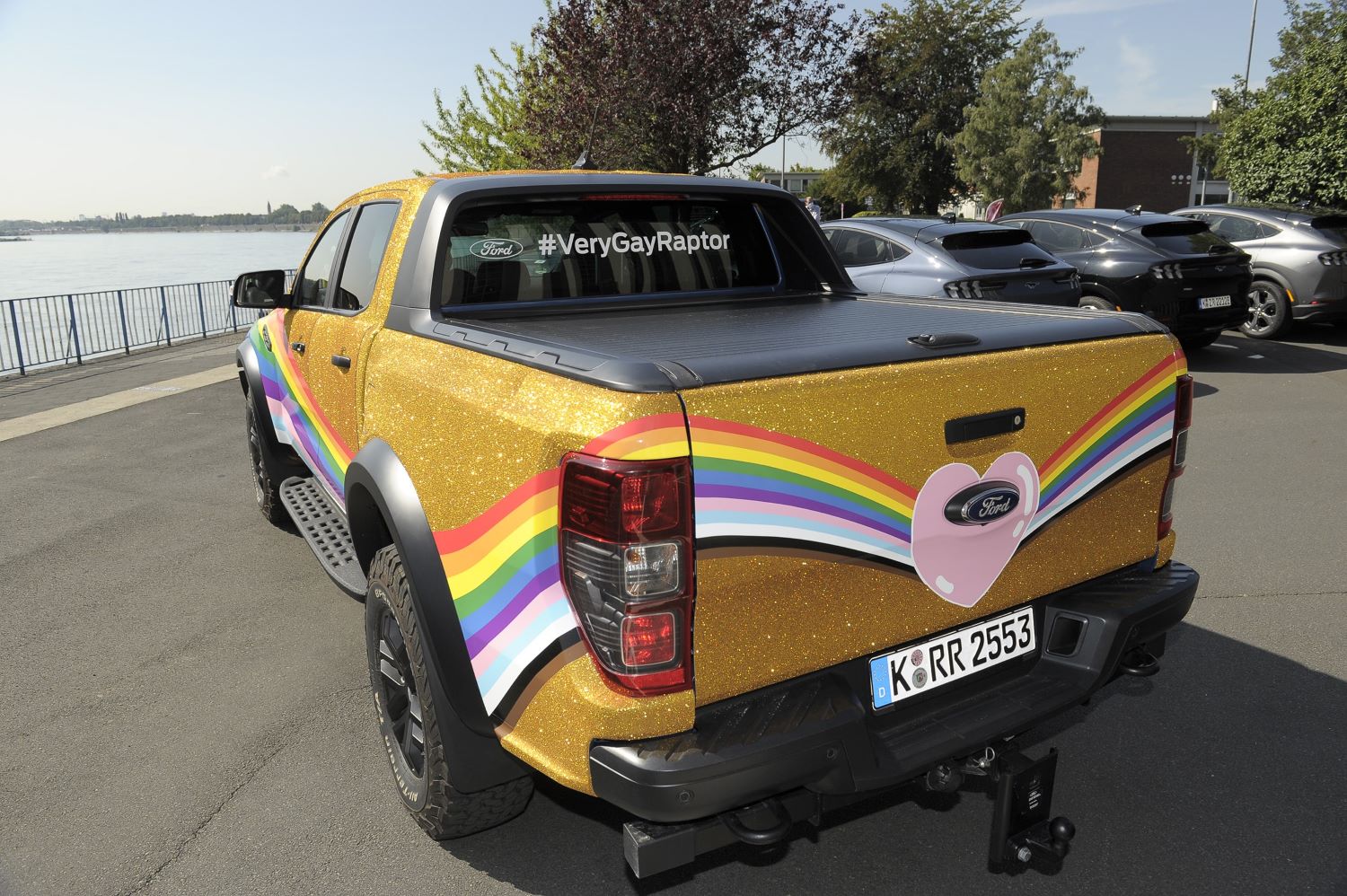 Ford initially responded to the comment by showing off a digital version of the Ford Ranger Raptor finished in gold with rainbow-style graphics. But after that animation created a huge buzz online, the automaker decided to take the next step and build a real-life version of that pickup, complete with a heavy metallic gold color accented by a variety of hues arranged in a rainbow pattern, something that is typically associated with gay rights. 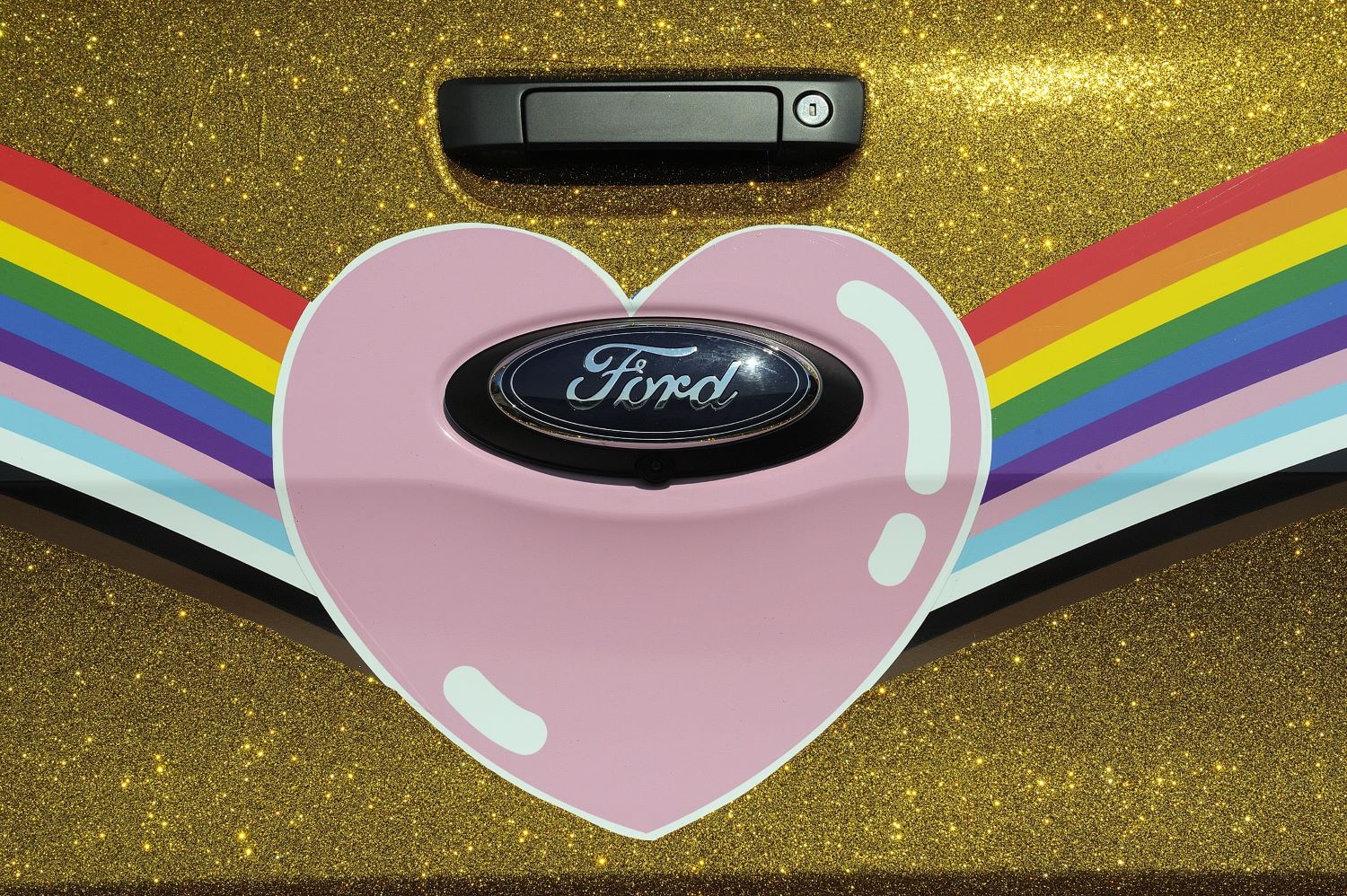 The #VeryGayRaptor was seen driving around the city of Cologne, Germany for a few days before it made its official debut at Cologne Pride yesterday. The pickup’s unique exterior treatment was applied by a company called Alphafoil, which created 30 square meters of foil to wrap the truck with, a process that took 60 hours. Interestingly, the Ranger Raptor is a follow-up to Ford’s custom 1998 Ka, which was converted into a pickup and then covered in a rainbow-like livery. 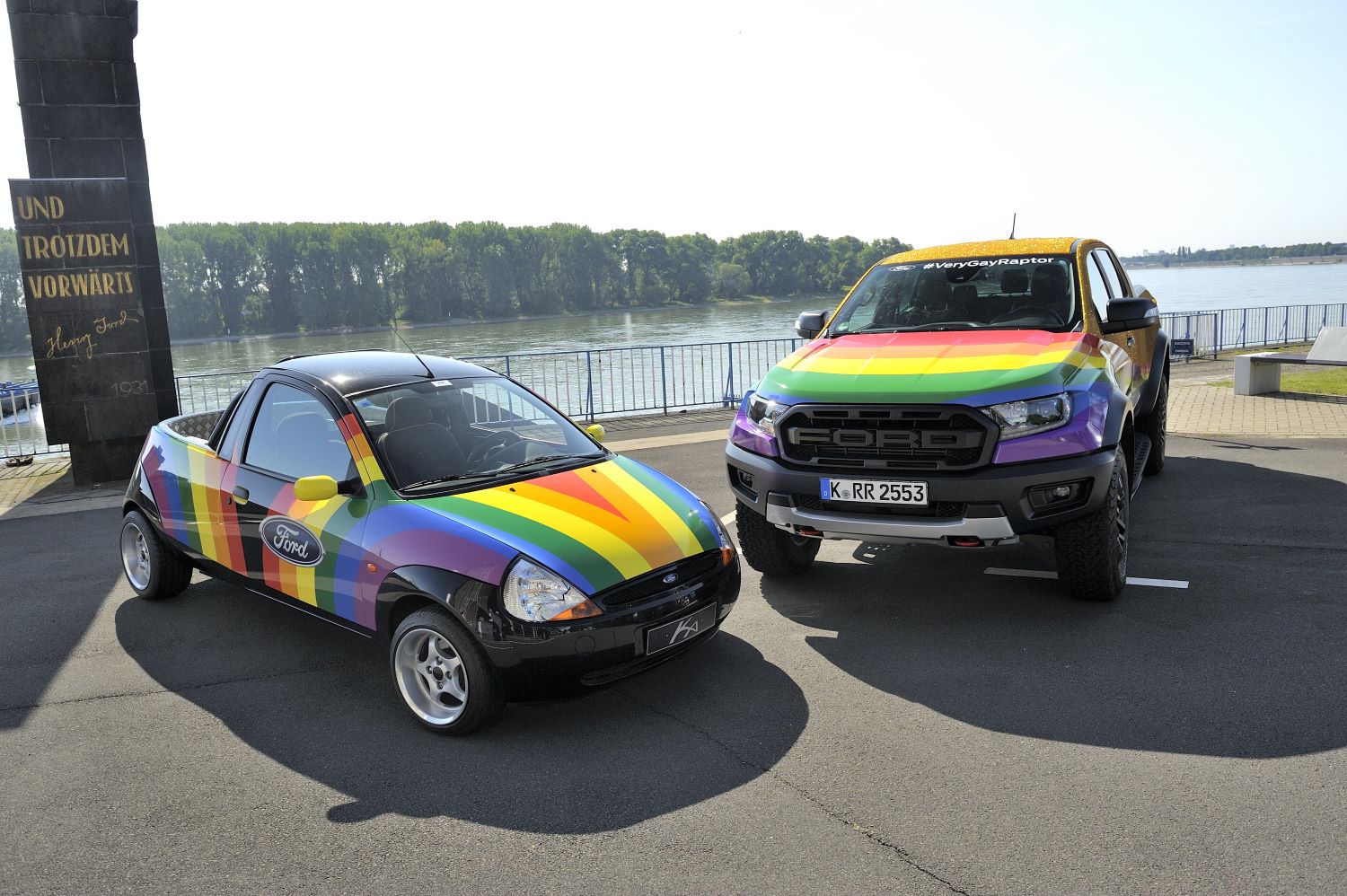 The #VeryGayRaptor also comes along at the perfect time for The Blue Oval, as the automaker’s GLOBE (Gay, Lesbian, or Bisexual Employees) network is celebrating its 25th anniversary this year. The network advocates the concerns of lesbian, gay, and bisexual employees and actively works to implement Ford’s diverse corporate philosophy into everyday working life.

We’ll have more on Ford’s efforts to promote an inclusive work environment soon, so be sure and subscribe to Ford Authority for 24/7 Ford news coverage. 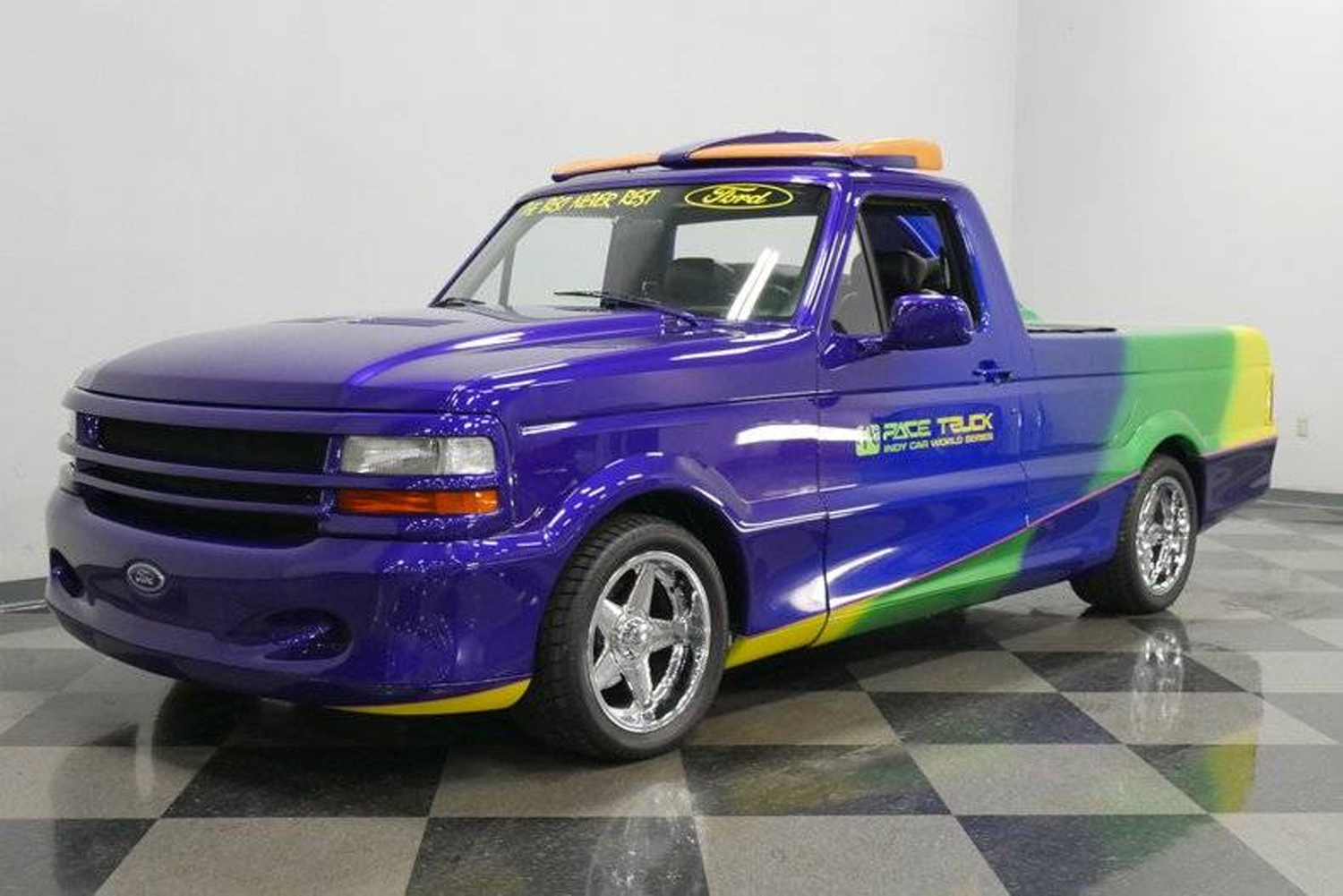