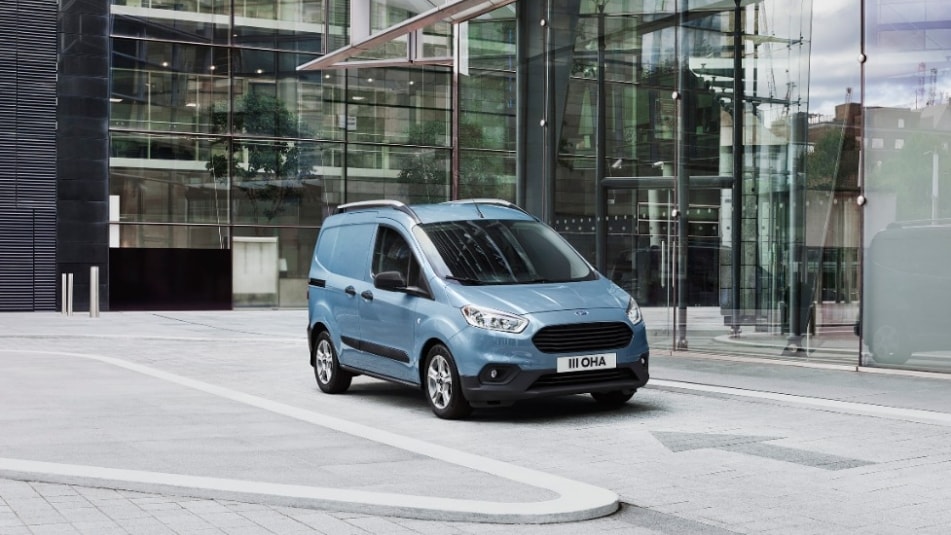 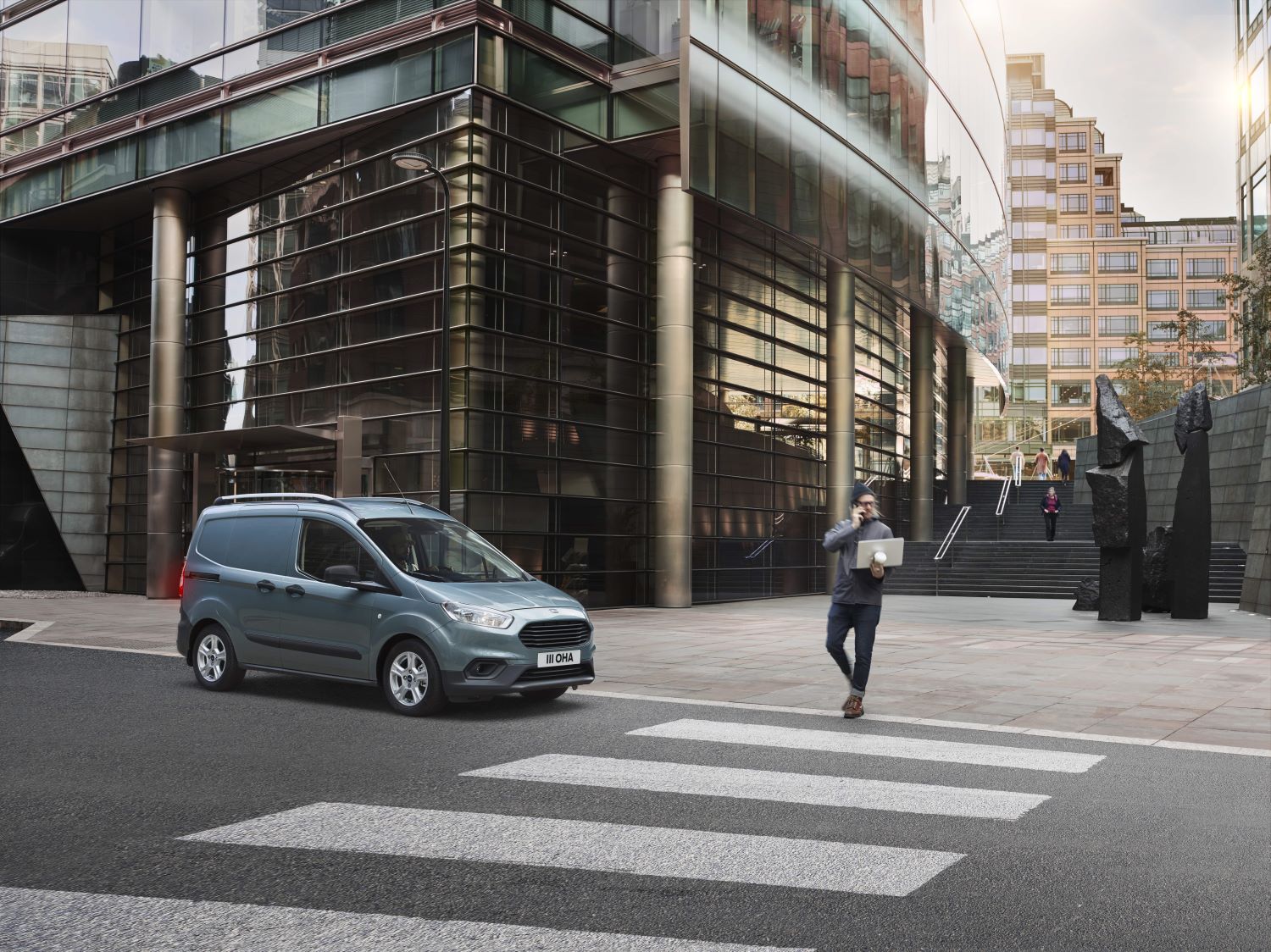 The Mexican Ford Transit Courier is available with one door, two doors, or without side doors. An optional retractable grill, when coupled with the folding front passenger seat, increases cargo space from 82 cubic feet to 92 cubic feet, while payload capacity comes in at 1,311 pounds. Grab hooks in the rear cargo area and a 180-degree opening rear door make loading/unloading and securing cargo even easier. 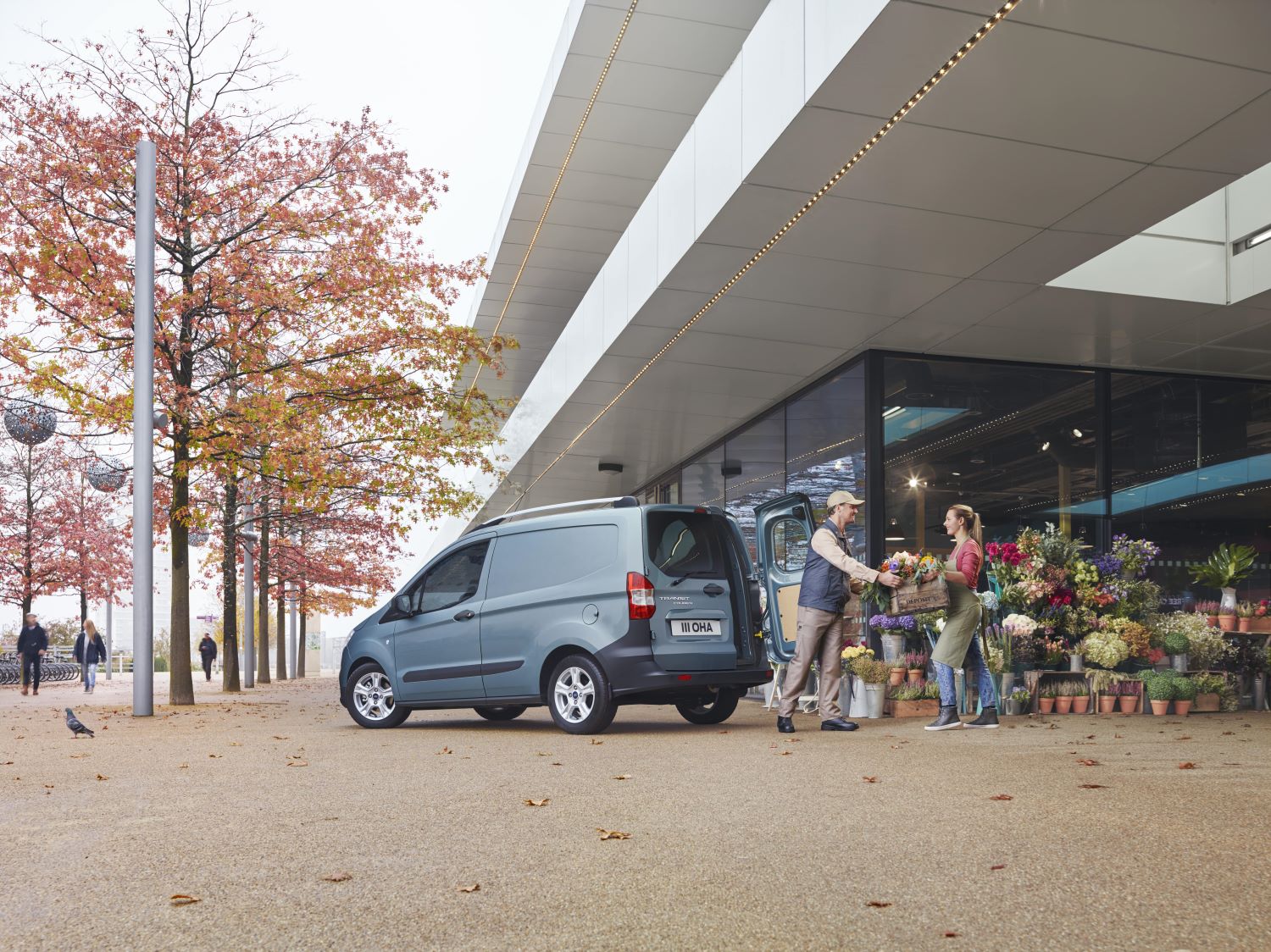 Up front, the Transit Courier features a center console with space for devices and documents, as well as a dashboard fitted with MyFord Dock, which allows drivers to use their smartphone to view maps and listen to music through the vehicle’s Bluetooth connection. Ford also offers a variety of accessories for the Transit Courier, including various cargo restraints, roof side and cross bars, ladder support, seat covers, and numerous attachments to transport tools more efficiently.

Power comes from Ford’s 1.0L EcoBoost I-3, which is rated to produce 98 horsepower and 125 pound-feet of torque. That powerplant is mated exclusively to a six-speed manual transmission. Average fuel economy comes in at 22.8 km/L, which is best in class. Hill Start Assist helps drivers better tackle inclines, even with a full load in the rear. 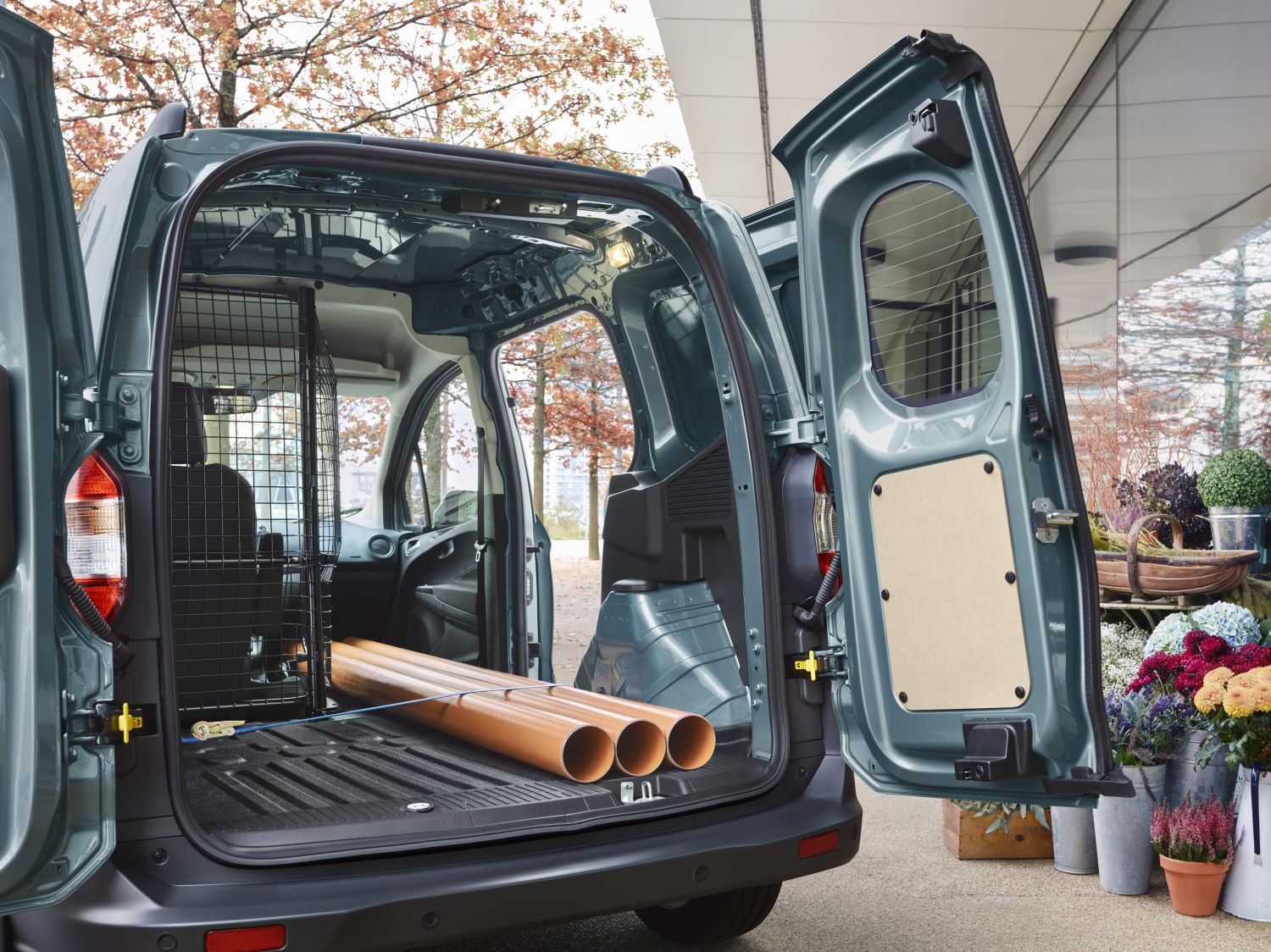