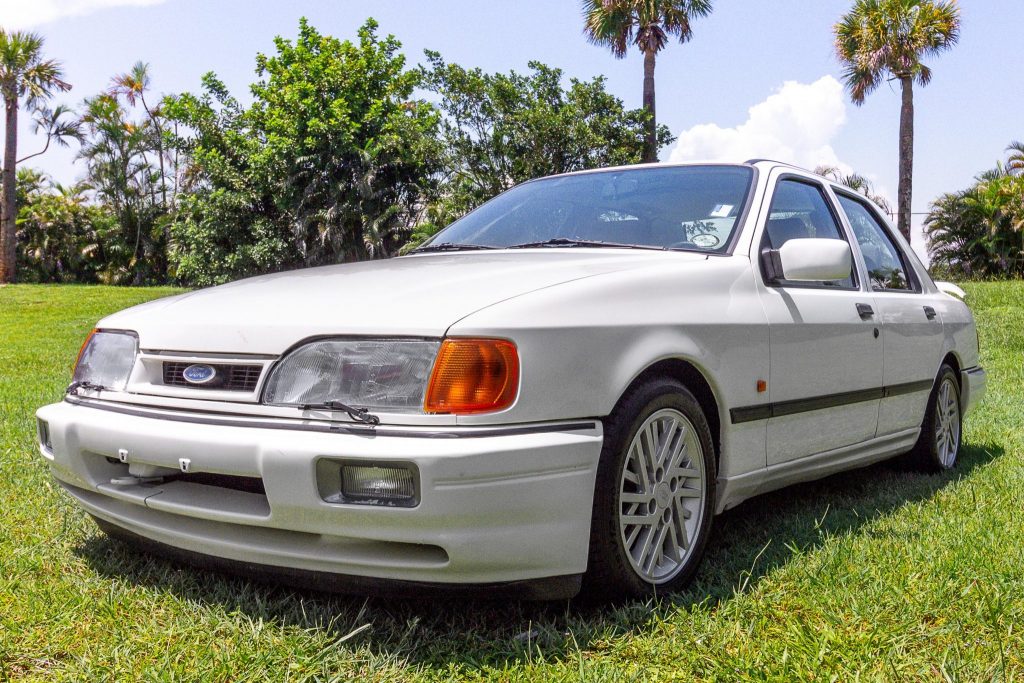 The Ford Sierra RS Cosworth is a pretty legendary vehicle in the realm of Blue Oval history, one that was conceived as a way to make the automaker competitive in European motorsport once again. For that, it hooked up with Cosworth, a longtime partner of Ford, to develop a special powerplant that would make the Sierra unbeatable on the racetrack. The road-going version is rarely seen in the U.S., but this very nice 1989 Ford Sierra RS Cosworth just popped up for sale over at Bring a Trailer. 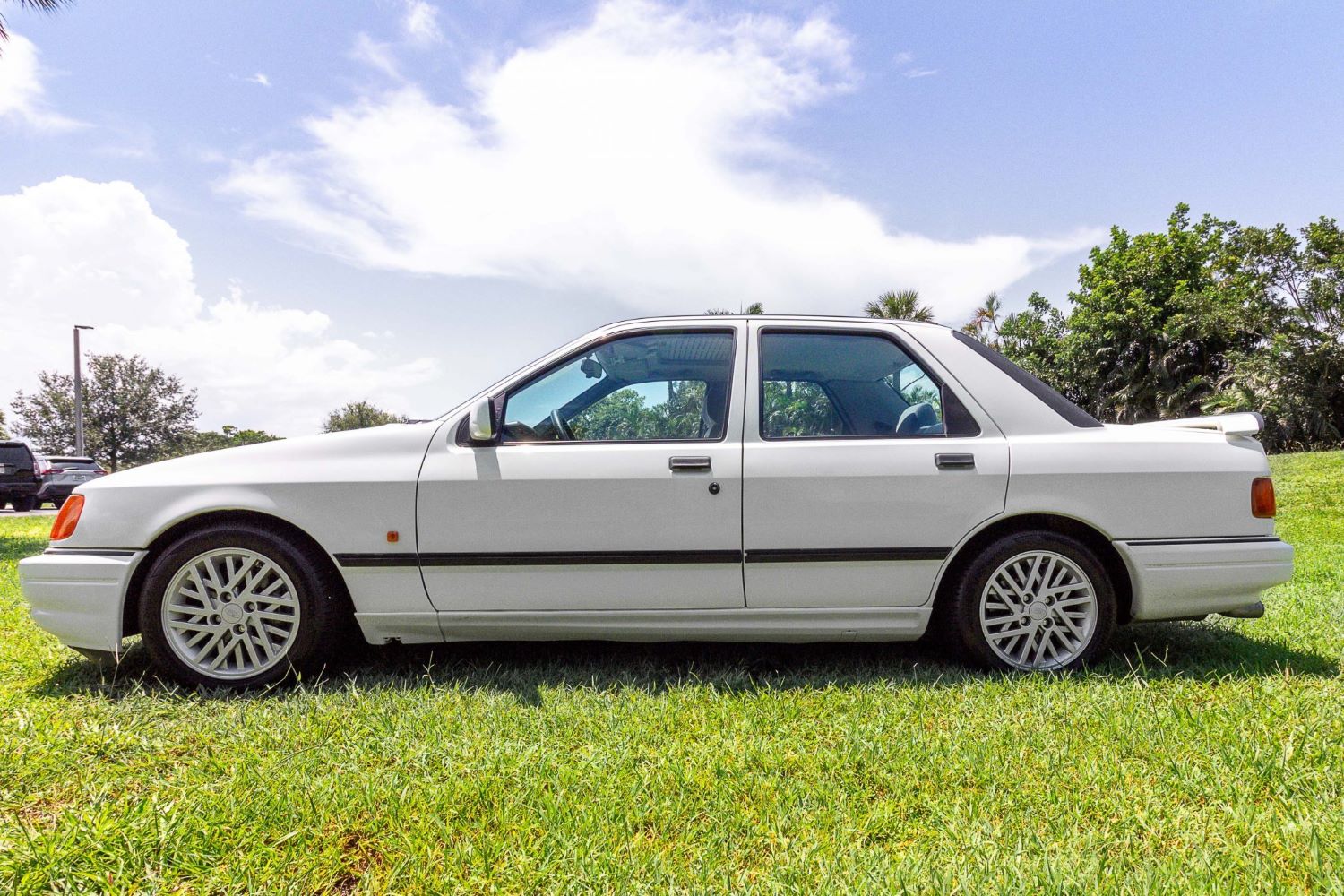 Even better, this particular example is a left-hand drive model that was originally sold in Italy, then later imported to the U.S. in 2019. This same car last changed hands at auction back in January for $28,250 but is now back up for sale for the second time this year with just 87k kilometers, or around 54k miles on the odometer. 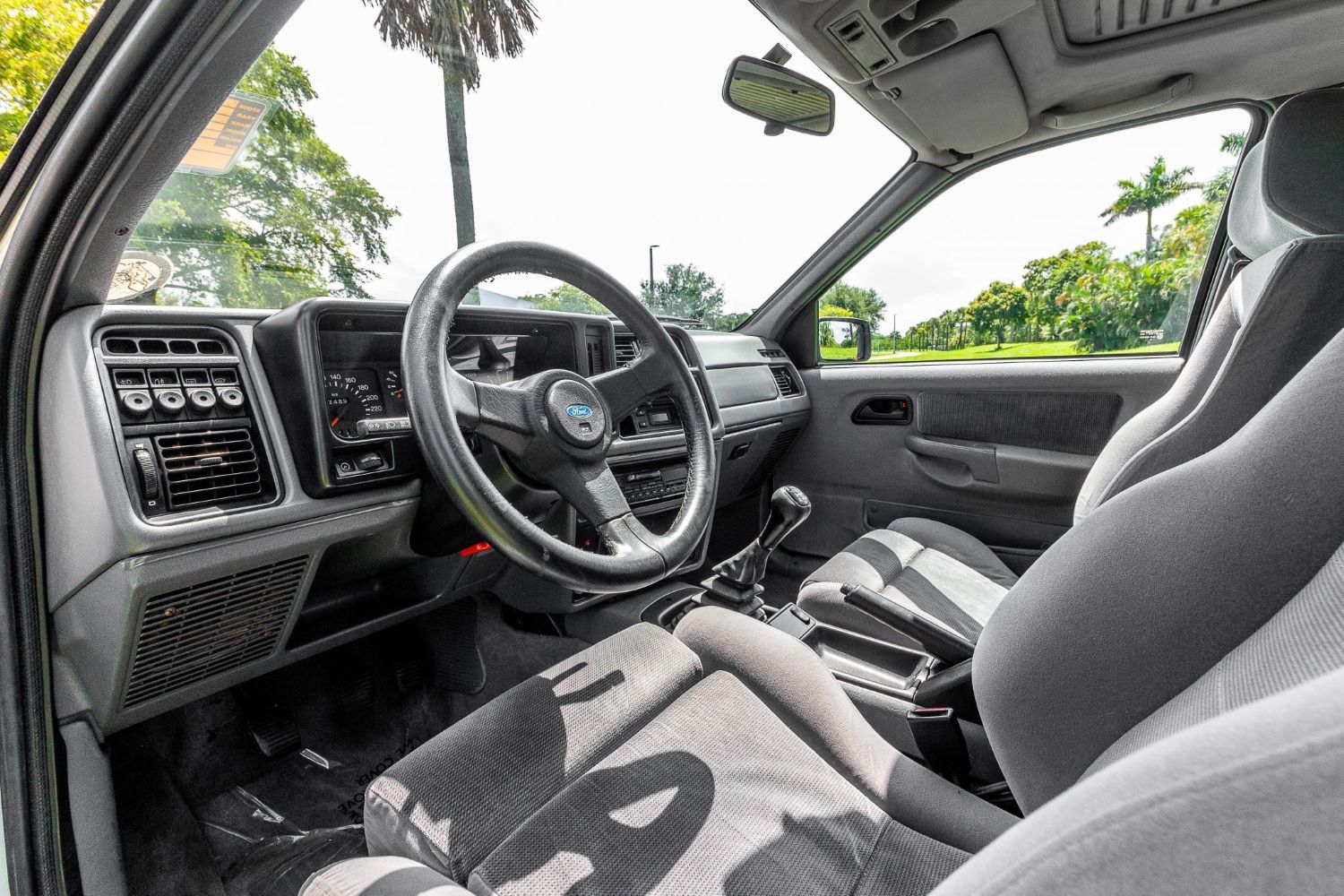 The exterior of this Sierra RS Cosworth is finished in a very unassuming white, and remains in pretty fantastic condition for a 30-year-old vehicle, save for the typical paint chips here and there. Outside of the rear spoiler, fog lights, headlight wipers, and spoked alloy wheels, few would even suspect it of being anything other than an ordinary sedan. 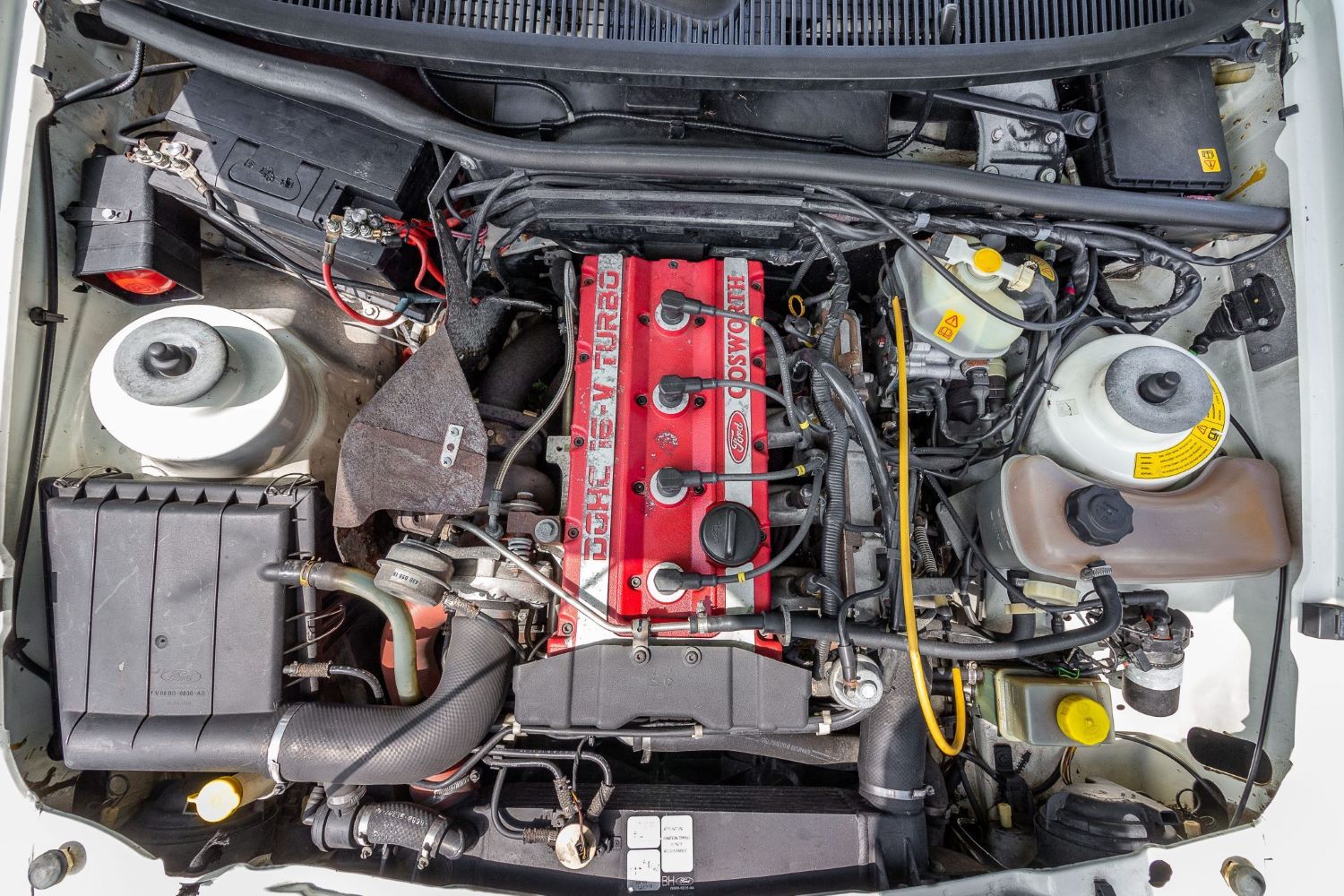 However, pop the hood, and that all goes away, as this race-inspired machine is powered by a DOHC, turbocharged 2.0L YB-series I-4 that was originally rated to produce 204 horsepower and 205 pound-feet of torque. Mated to a five-speed manual transmission, that power flows to the rear wheels for a truly engaging driving experience, which is further aided by the car’s fully independent suspension and four-wheel disc brakes. 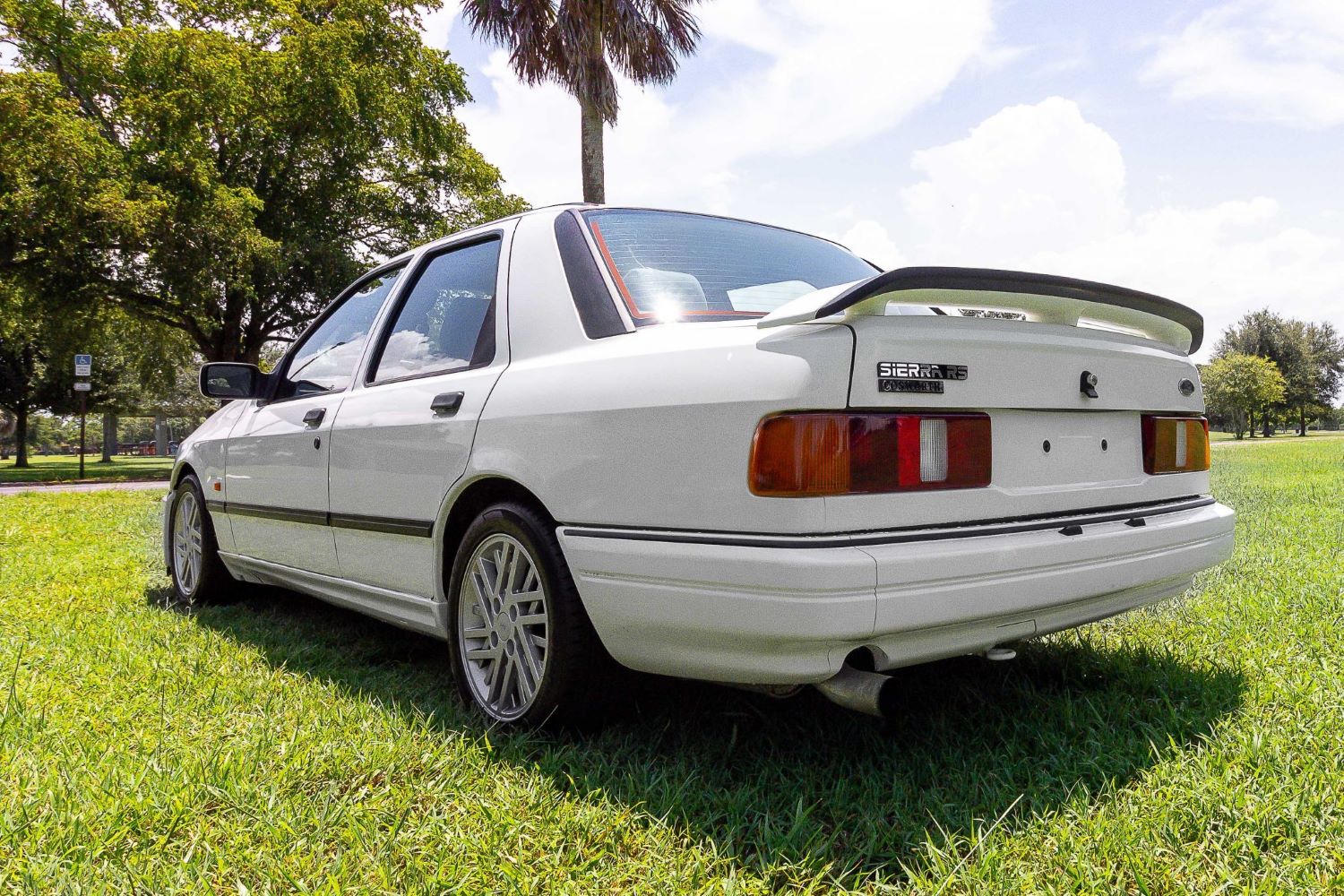 Overall, this Sierra RS Cosworth is a very clean example of a rather special breed and one that’s obviously been well-maintained over the years. Thus, we imagine that the next owner will want to keep it around a bit longer than the last one.