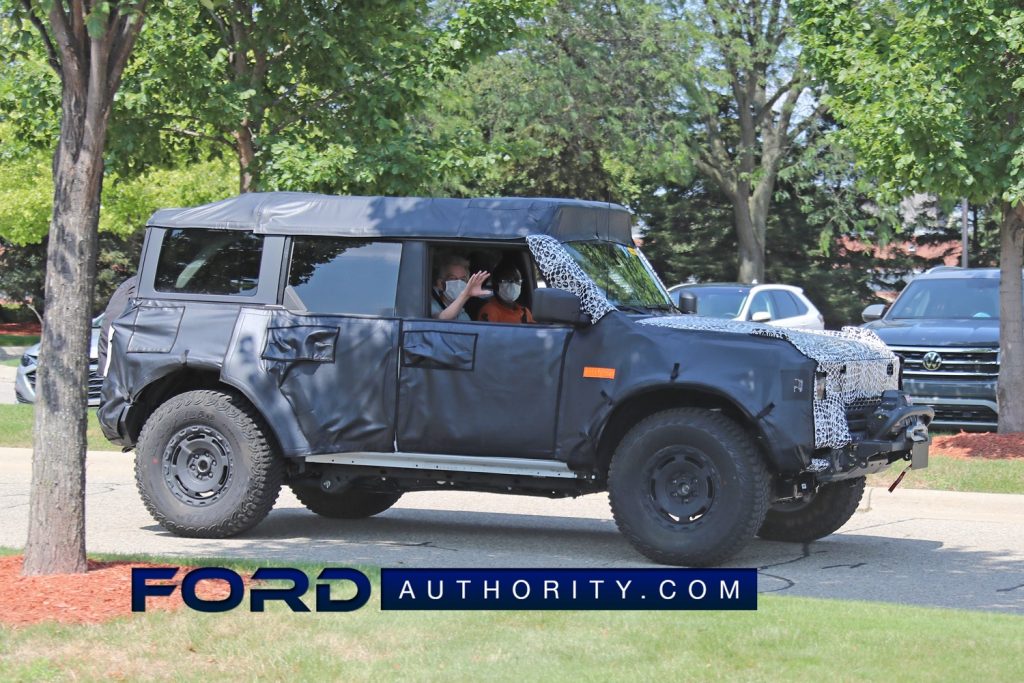 Since the 2021 Ford Bronco was revealed last summer, we’ve been treated to a number of concepts, including the two-door Badlands-trimmed Ford Bronco Trail Rig concept revealed August 2020, as well as the Bronco Riptide Concept that was revealed earlier this month. Ford actually calls the Trail Rig a “concept prototype,” since it was designed to show off a host of parts from the automaker’s extensive catalog. Now, however, Ford Authority spies have spotted something interesting roaming the Metro Detroit area – a heavily-camouflaged prototype that could be a four-door Ford Bronco Trail Rig production model. 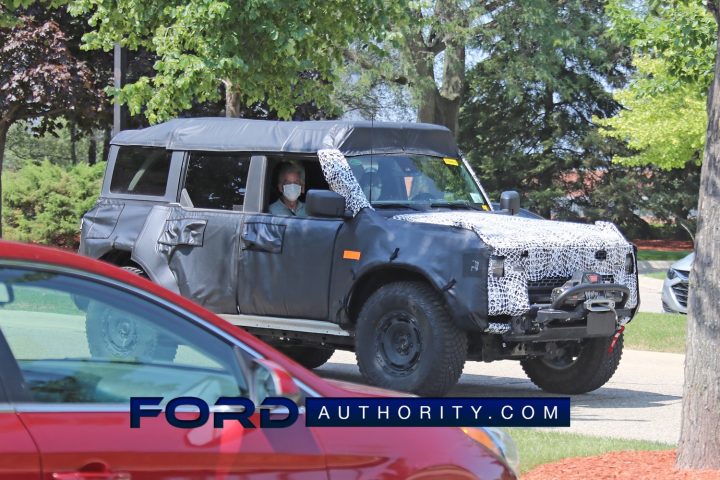 Like the two-door concept, this four-door prototype is sporting a variety of parts that are designed to make it the ultimate trail runner. Up front, that includes a Ford Performance by WARN winch and the modular front bumper. The concept wears a Rigid off-road light bar and pods that ensure the driver and passenger can find their way home on the darkest of nights, too. Camo covers that part of this prototype, but we can see that it has a snorkel mounted on the passenger-side A-pillar. 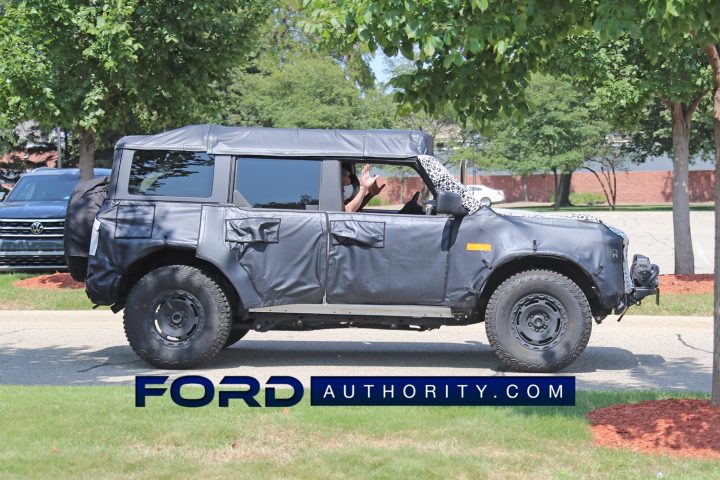 Up top, the Trail Rig sports a Yakima LockNLoad Platform roof rack, which is capable of holding all sorts of gear, including a set of recovery boards, a WARN recovery kit, a jerry can, and various other goods. Tube doors enhance the open-air experience, while a tailgate-mounted table gives adventurers a place to enjoy a meal or play cards after a long day on the trail. Pretty much everything on the concept is straight from Ford’s Bronco catalog, save for a set of custom limb risers. 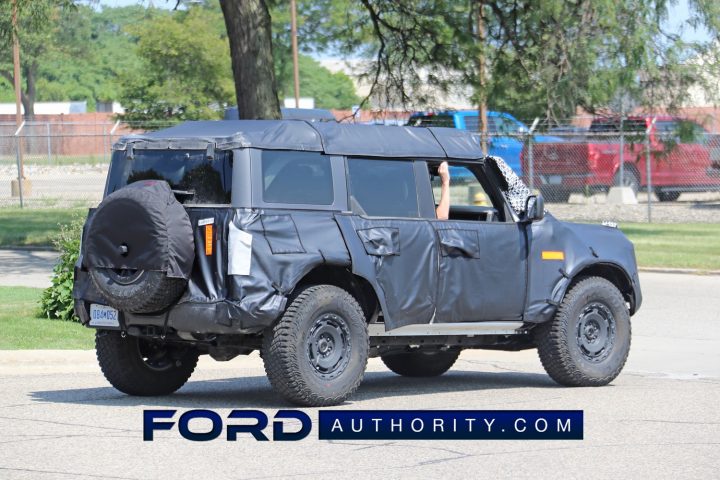 On this particular prototype, the raised top is covered by camo, so it’s hard to tell exactly what lies up there. That could be a cargo basket or maybe even a tent. Regardless, unlike the Trail Rig concept, it is sporting Sasquatch tires along with a set of unique wheels. 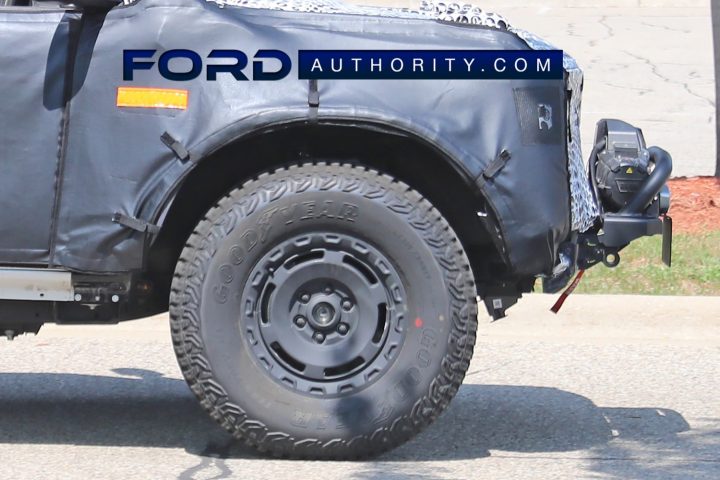 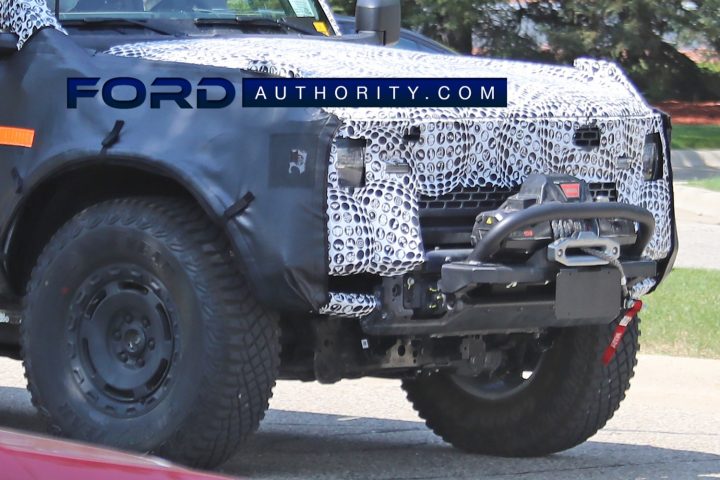 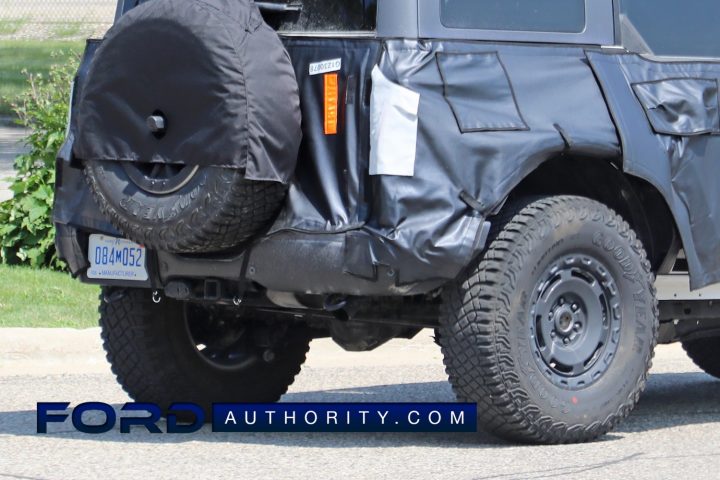 There are also some cool Easter eggs in the camo, much like we saw previously with a Ford Bronco Raptor prototype. This time around, they include Bronco script, mountains, trees, goats, an alligator, compass, rocks, flags, a snorkel, a hatchet, camera, cactus, tent, and many more. Interestingly, there’s also a lightning bolt next to the Bronco logo. What that means is anyone’s guess, but perhaps it could signal the presence of Ford’s Pro Power Onboard generator for off-the-grid electricity.

It would make sense for Ford to offer fully accessorized Broncos like the Trail Rig straight from the factory, and this one would appear to be a great overlanding vehicle. It would presumably also be easy to do so, as the automaker recently announced that the former Ford Wayne Assembly Plant, located right next to the Ford Michigan Assembly Plant (where the Bronco is built), will be transformed into what it calls the Modification Center. There, Ford will install customer-ordered Bronco accessories and mods including safari bars, graphics packages, and roof racks, among other various parts and accessories. 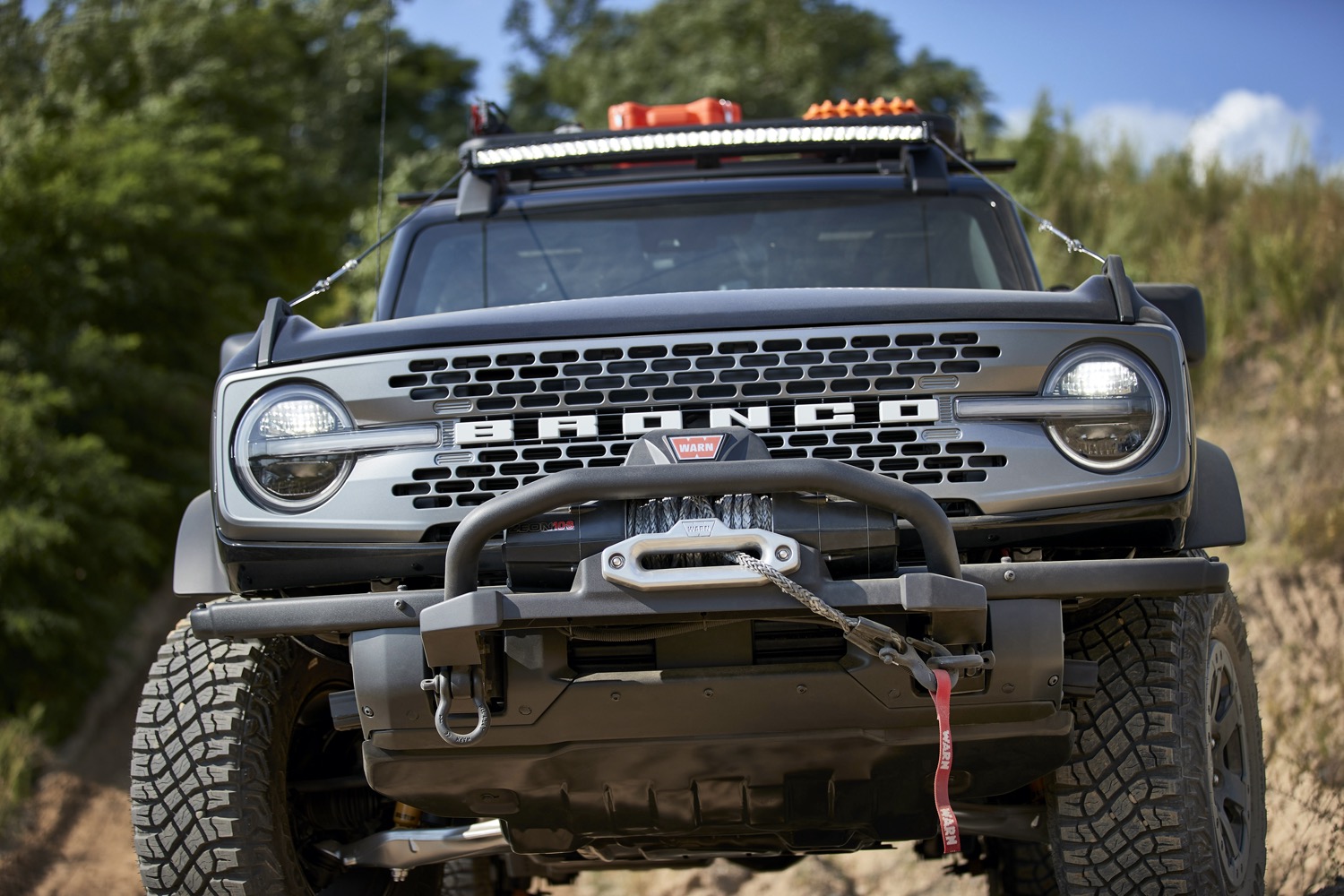 We’ll have more on this interesting new prototype soon, so be sure and subscribe to Ford Authority for more Ford Bronco news and around-the-clock Ford news coverage.