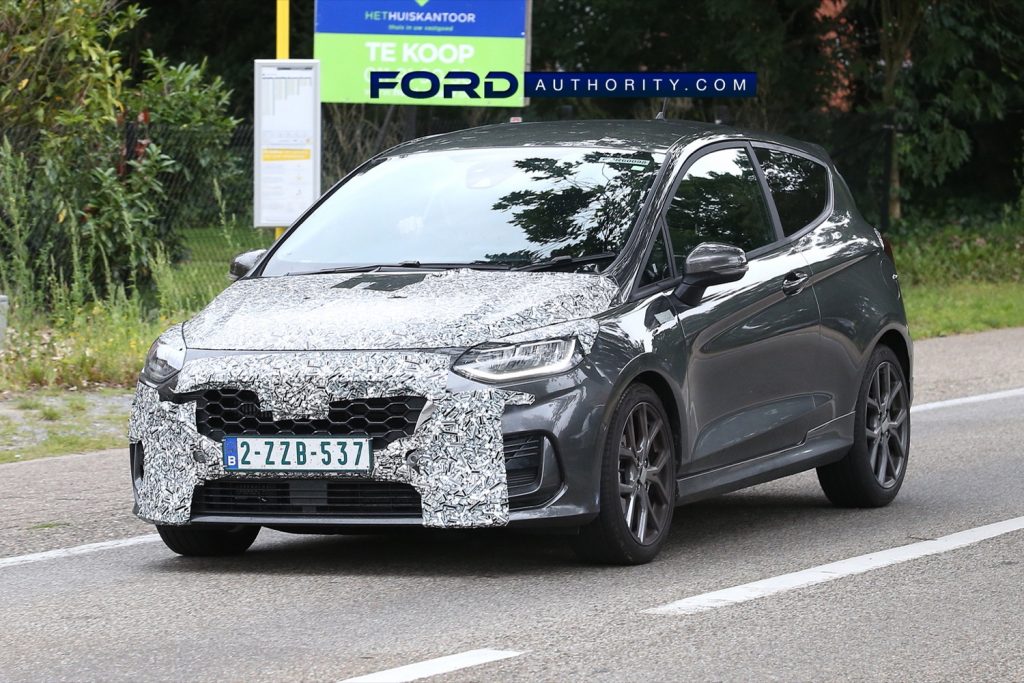 While the 2021 Ford Fiesta has faced some production challenges recently at the Ford Cologne Assembly Plant in Germany as a result of the semiconductor chip shortage, the long-running model remains very popular in crossover-obsessed Europe. However, the current seventh-gen Fiesta has been in production since 2017, so it could certainly use a refresh, and that’s precisely what’s in store for the 2022 Ford Fiesta. 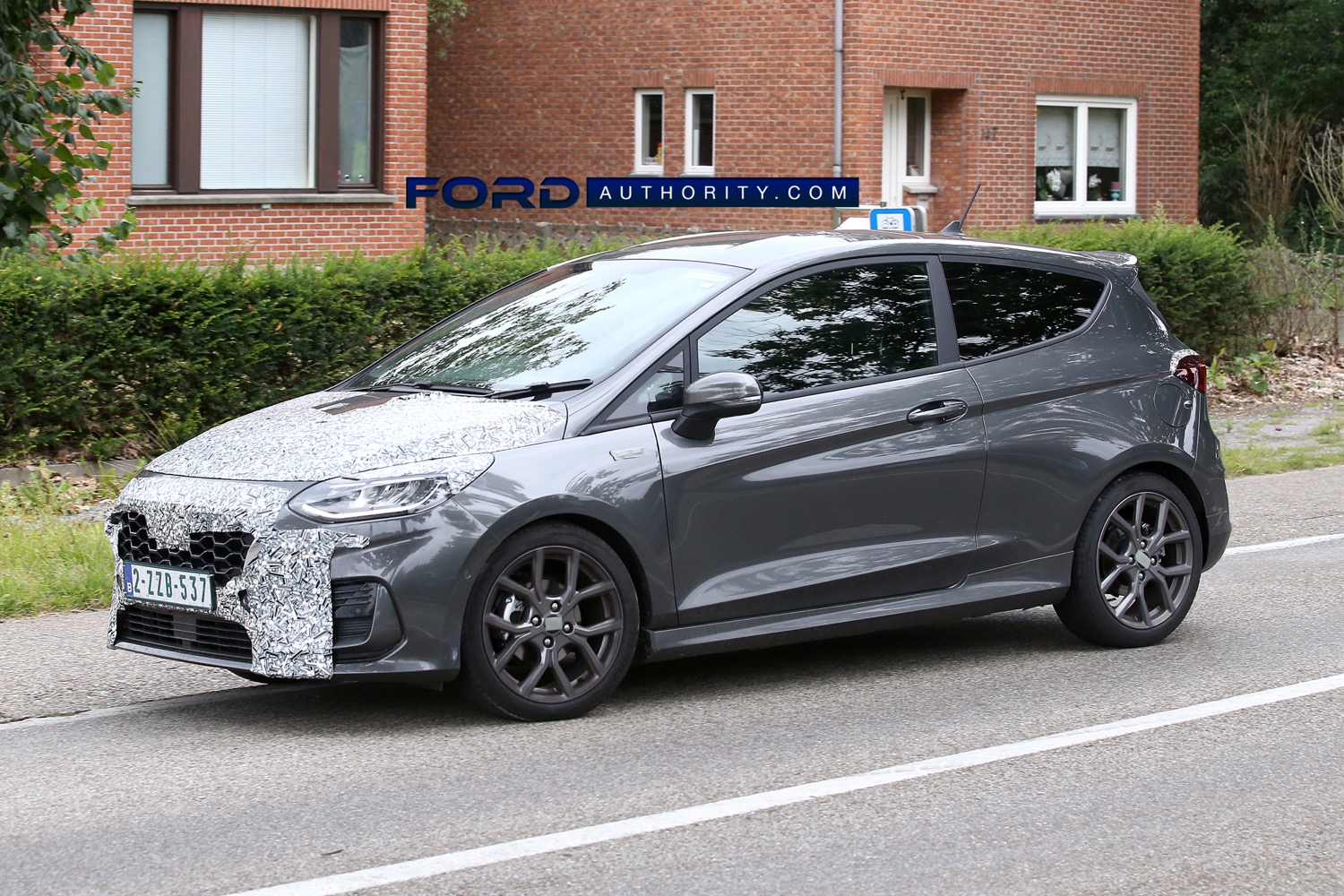 Ford Authority spies captured this 2022 Ford Fiesta prototype driving around near the automaker’s Belgian test center recently, giving us a preview of what to expect from the refreshed model. This new prototype is also the most revealing we’ve seen thus far, as it’s wearing far less camo than previously-spied examples. That gives us a very good look at the 2022 Fiesta’s revised front grille, front bumper, headlights, and taillights 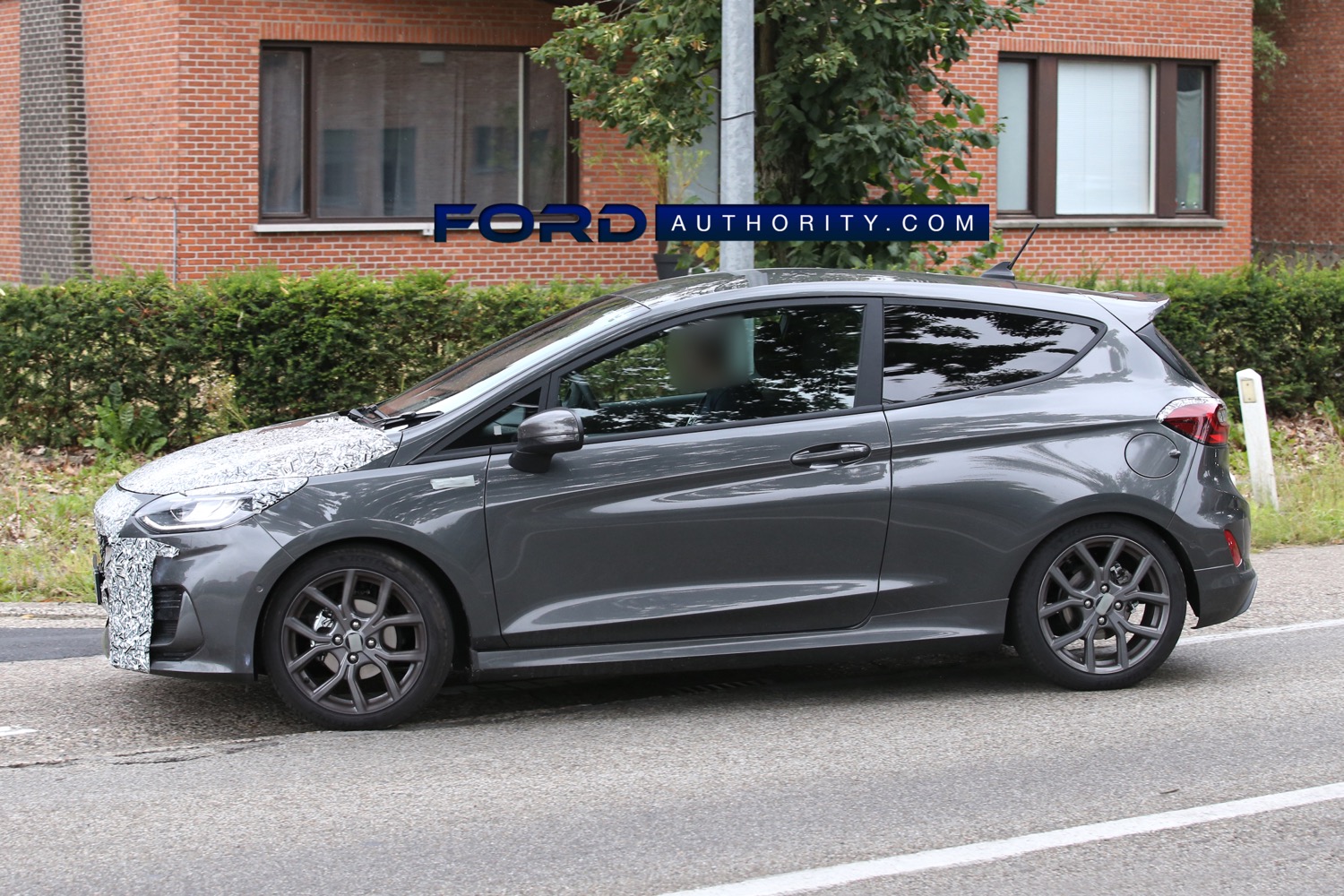 This very much undisguised 2022 Fiesta prototype is finished in gray with matching gray wheels and wears ST-Line bodywork. As is the case with other ST-Line models, the Fiesta features the same sporty styling as the performance-focused ST, but without the extra horsepower and torque. That means plenty of extra features including a body styling kit and sports-style front seats. 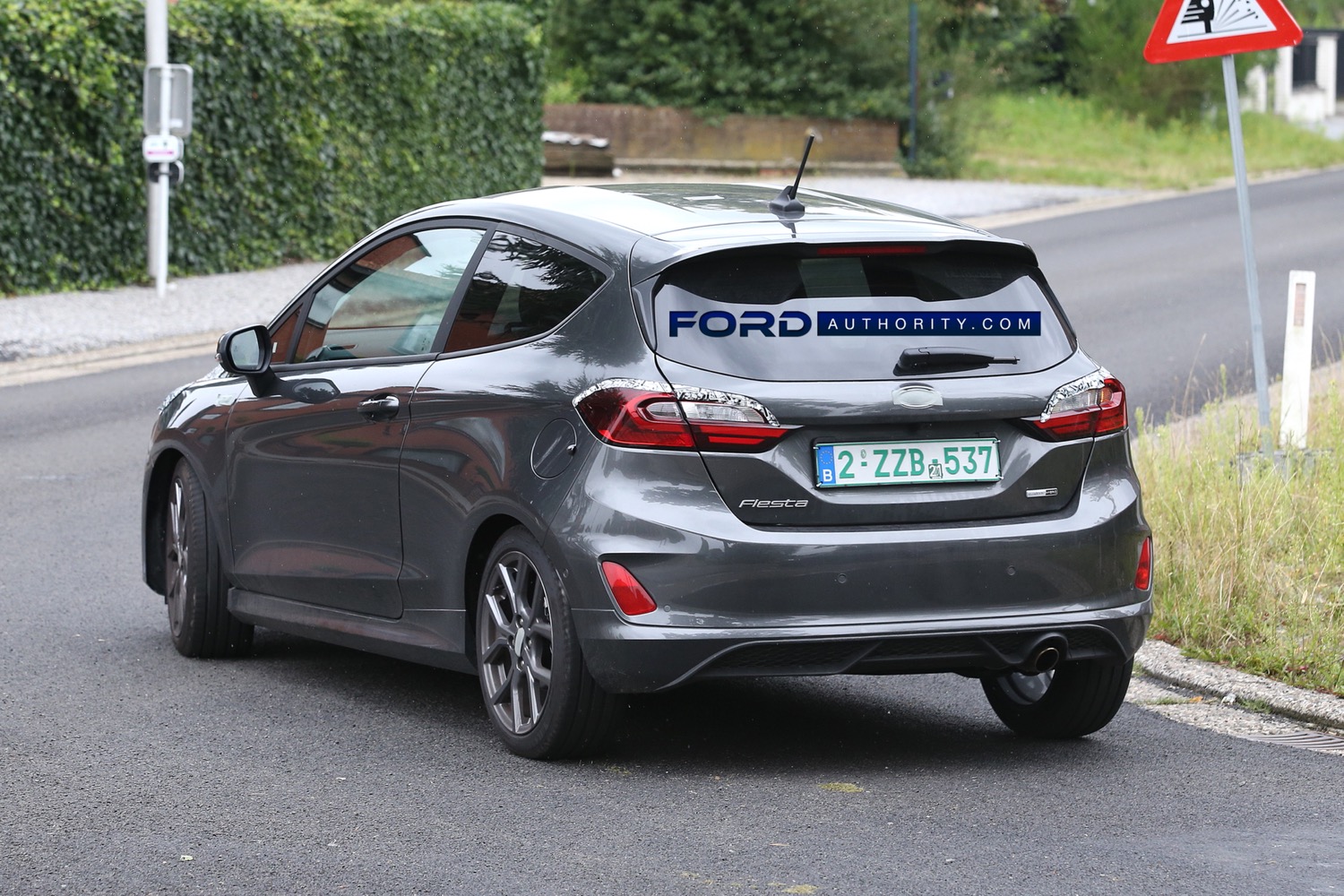 This particular prototype appears to be an EcoBoost Hybrid model, as we can see from the badges that aren’t covered. The electrified Fiesta – which launched last summer – pairs Ford’s turbocharged 1.0L EcoBoost three-cylinder engine with a 48-volt mild hybrid system. Two configurations are available – a 125 PS (123 horsepower) tune and another making 155 PS (152 horsepower). 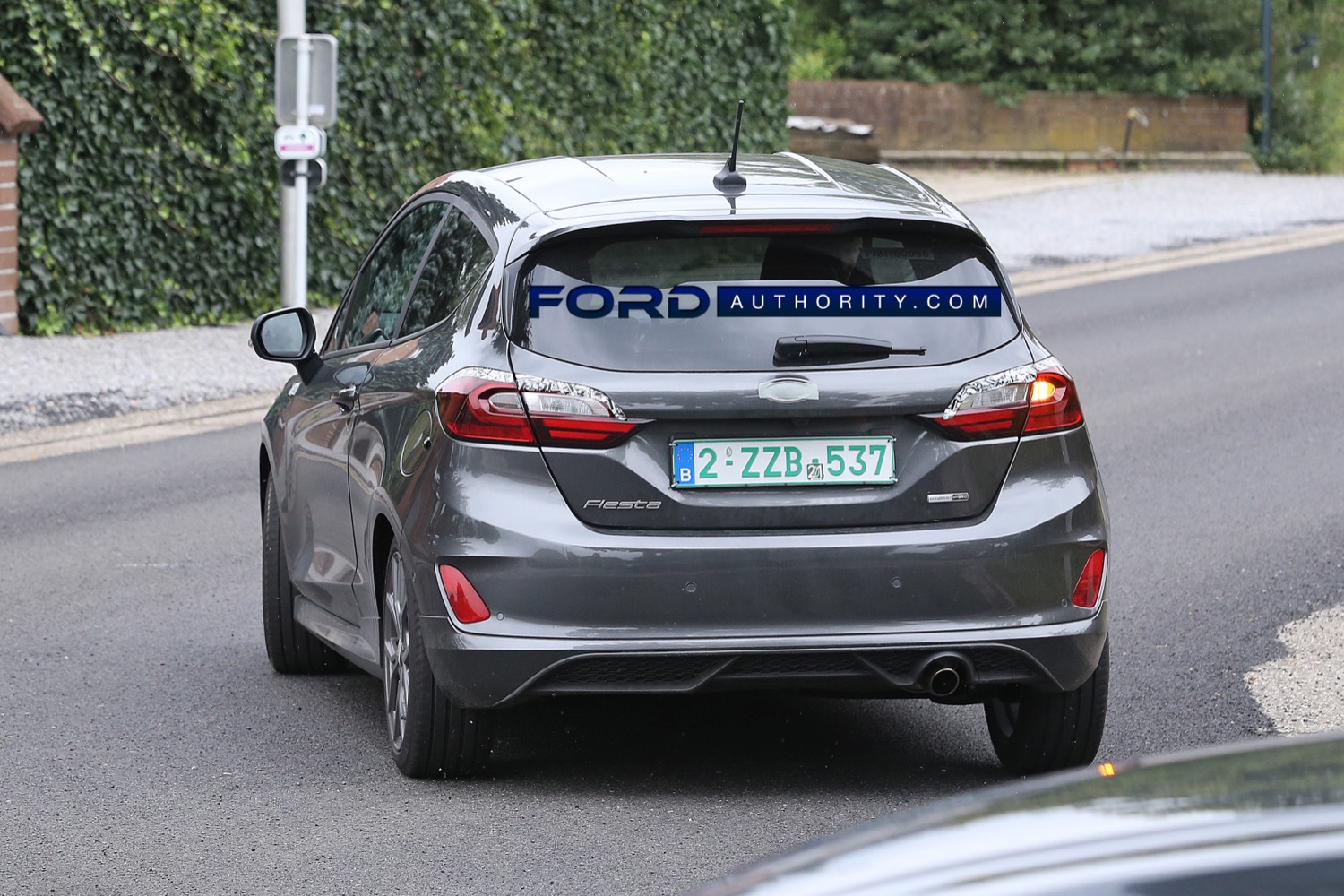 The Fiesta will soldier on with hybrid power through the forthcoming refresh as Ford aims to go all-electric in Europe by 2030 or sooner, but in the meantime, we expect the 2022 Fiesta to be fully unveiled soon.

We’ll have much more on the 2022 Fiesta soon, so be sure and subscribe to Ford Authority for more Ford Fiesta news and non-stop Ford news coverage.