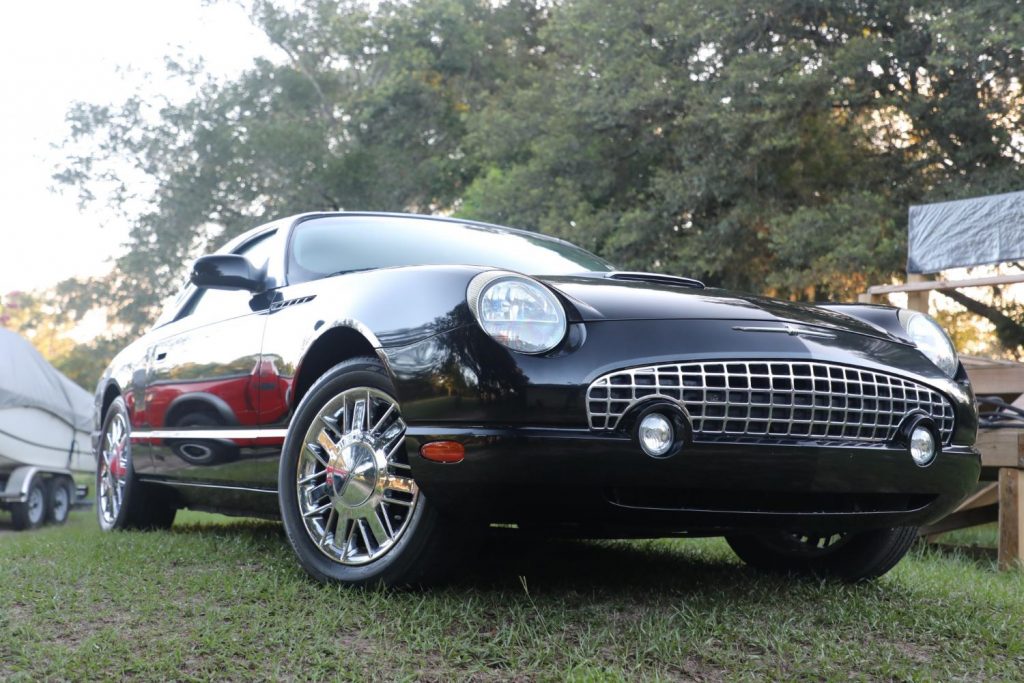 In recent months, we’ve seen a number of 11th generation Ford Thunderbird models pop up for sale, including this clean 2003 model, a super low-mile 2002, and this rare 007 Edition. Now, another interesting and rare example has emerged over at Bring a Trailer – this 2002 Ford Thunderbird Neiman Marcus Edition, which has a mere 190 miles on the clock and is one of just 200 produced. 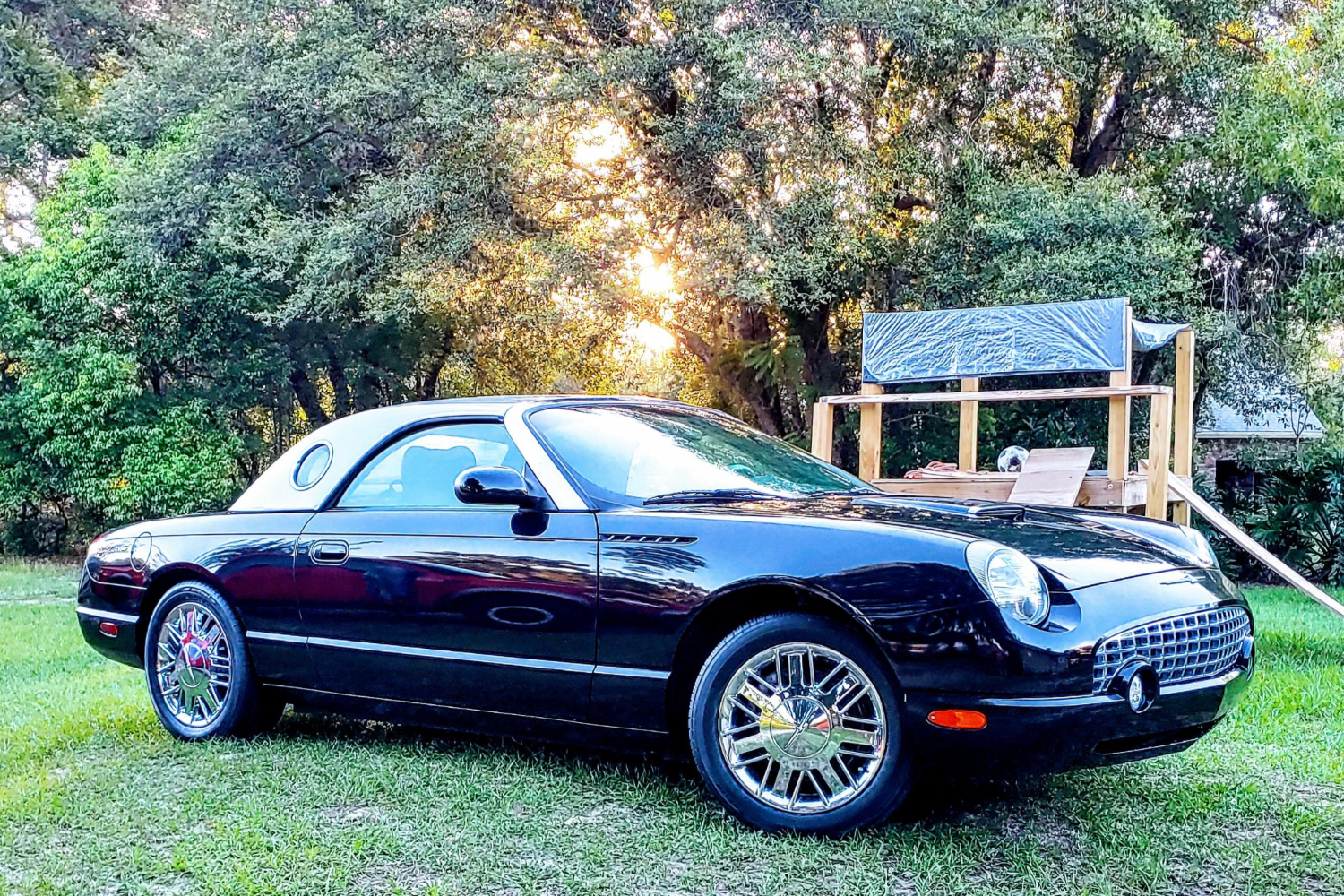 The Ford Thunderbird Neiman Marcus Edition was, as one might imagine, sold via the Neiman Marcus Christmas catalog with some exclusive features that made it unique from the average Thunderbird. All 200 were finished in Evening Black with a Satin Silver Metallic removable hardtop, as well as a two-tone black and silver leather interior. This particular example is number 186 of those 200 and has accumulated essentially zero miles over the last 19 years. 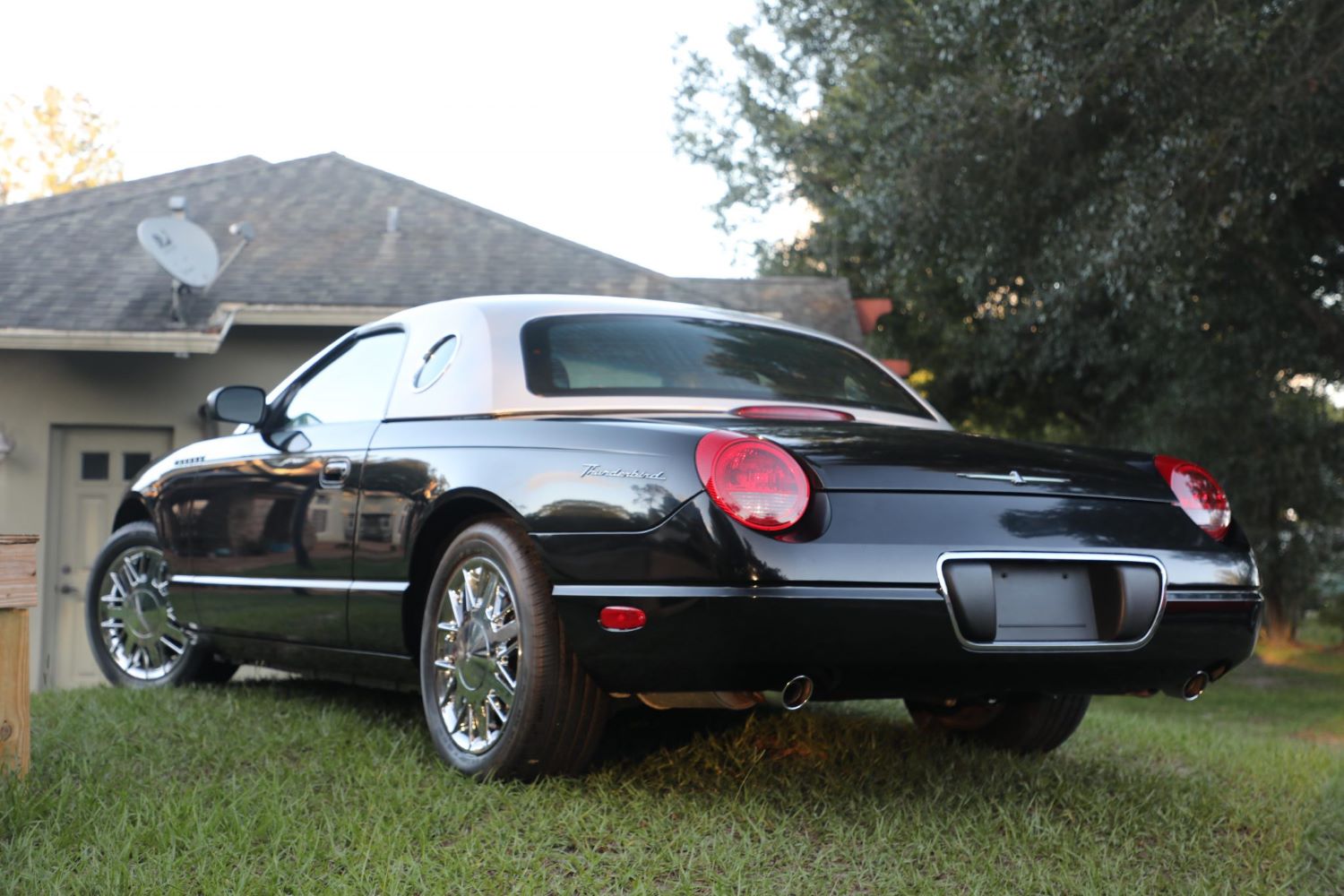 As a result, the special edition T-Bird looks brand new, with sparkling paint, shiny chrome 17-inch wheels, and Michelin Pilot HX MXM4 tires measuring 225/50 at all four corners. The fact that it’s been ceramic coated doesn’t hurt, and the only work done to the outside is a replacement windshield that was just installed earlier this month. 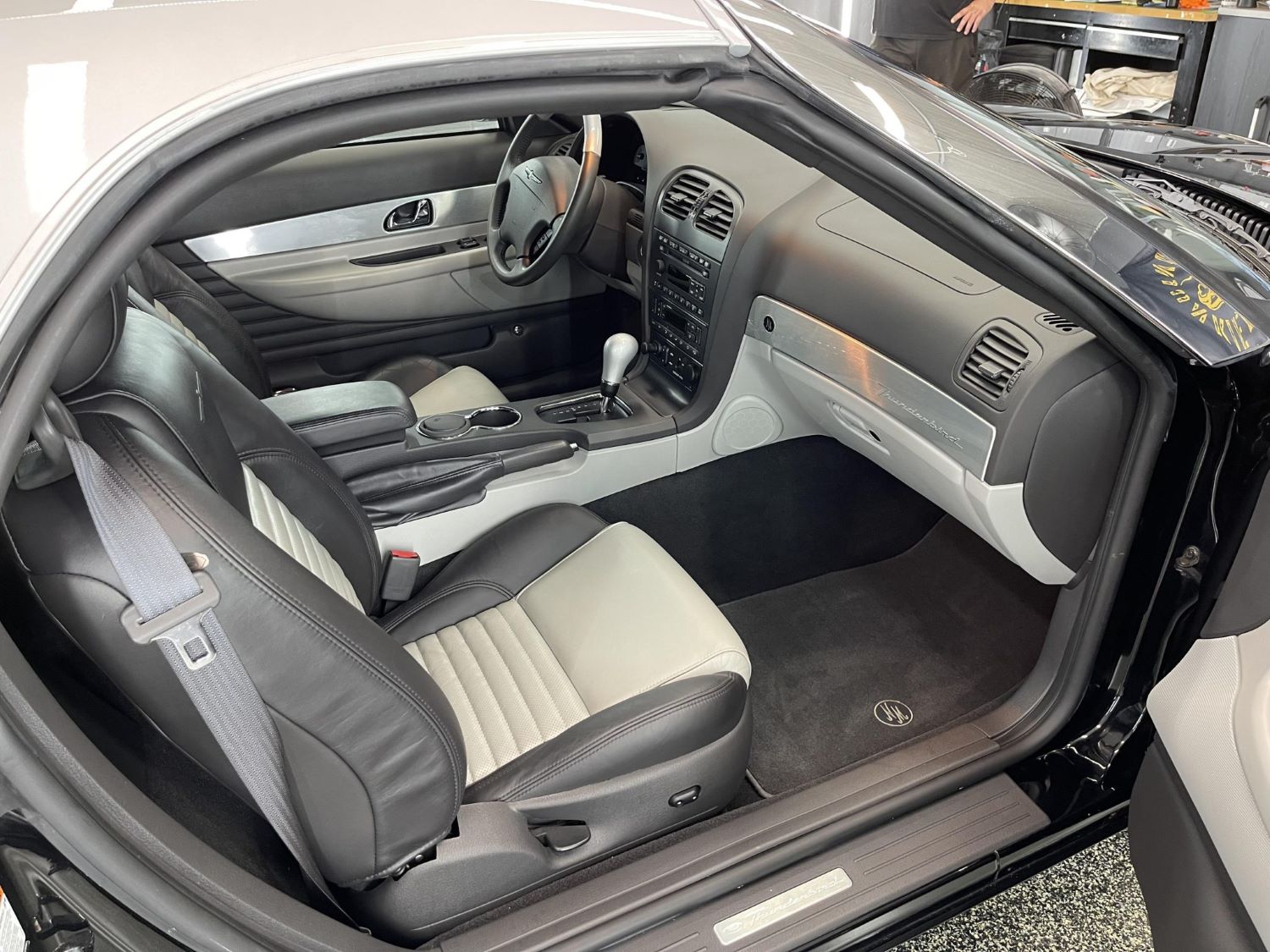 The attractive two-tone interior features aluminum accents and plenty of modern amenities, including an in-dash six-CD changer, dual-zone automatic climate control, aluminum door sill protectors, a leather-covered armrest, a power-adjustable steering column, and Neiman Marcus branding on the floor mats and dashboard to remind occupants that it’s a special example of its breed. 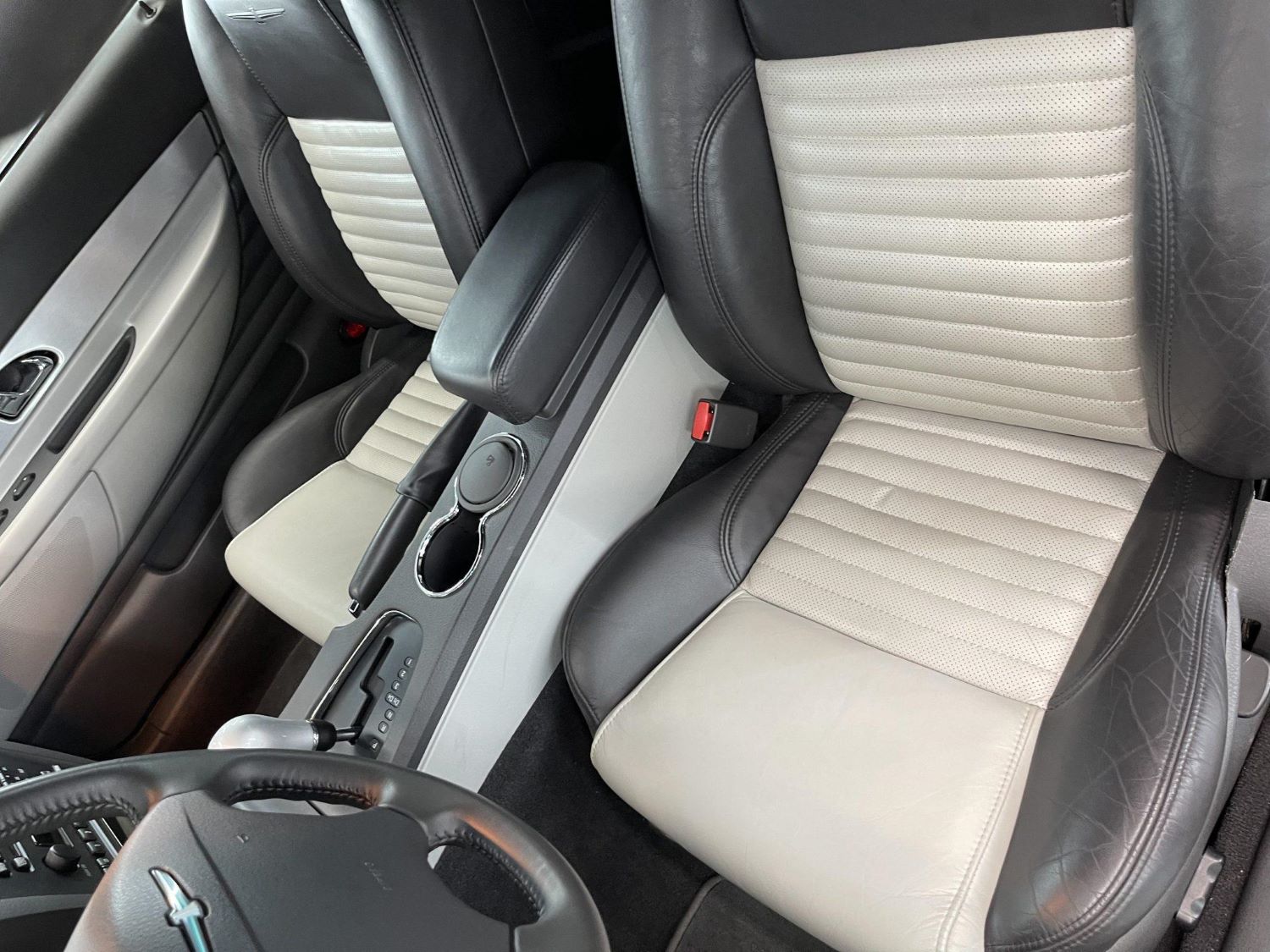 The T-Bird is powered by Ford’s 3.9L V8, which was originally rated to produce 252 horsepower and 267 pound-feet of torque, which flows to the rear wheels via a five-speed automatic transmission. Whether or not that’s enough to peg the car’s 160 mile-per-hour speedometer, well, we’re sure someone has found out. 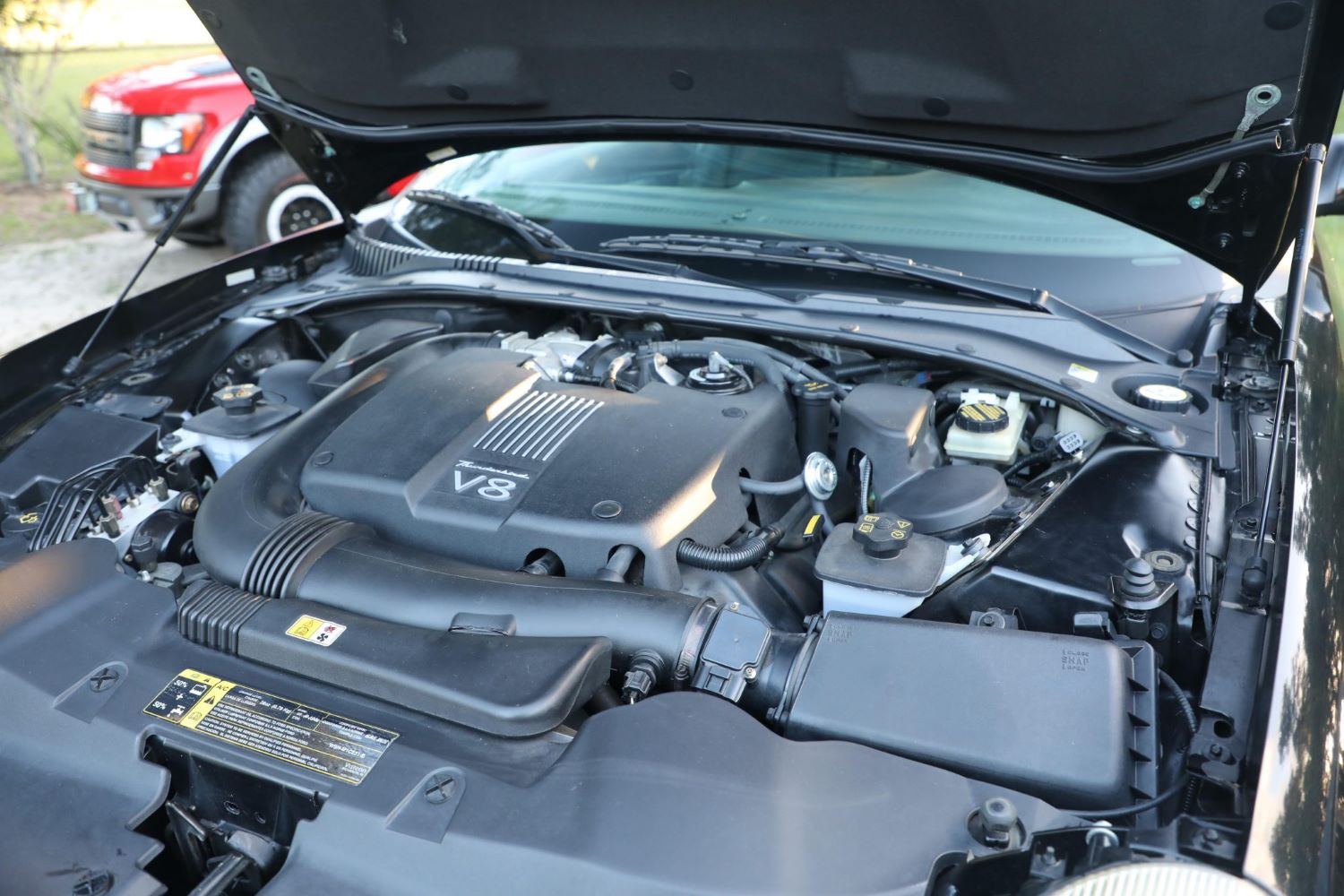 Regardless, interest in this super-clean and super-rare Thunderbird is certainly there, as the car has already been bid up to $31,500 with a full five days left in the auction.