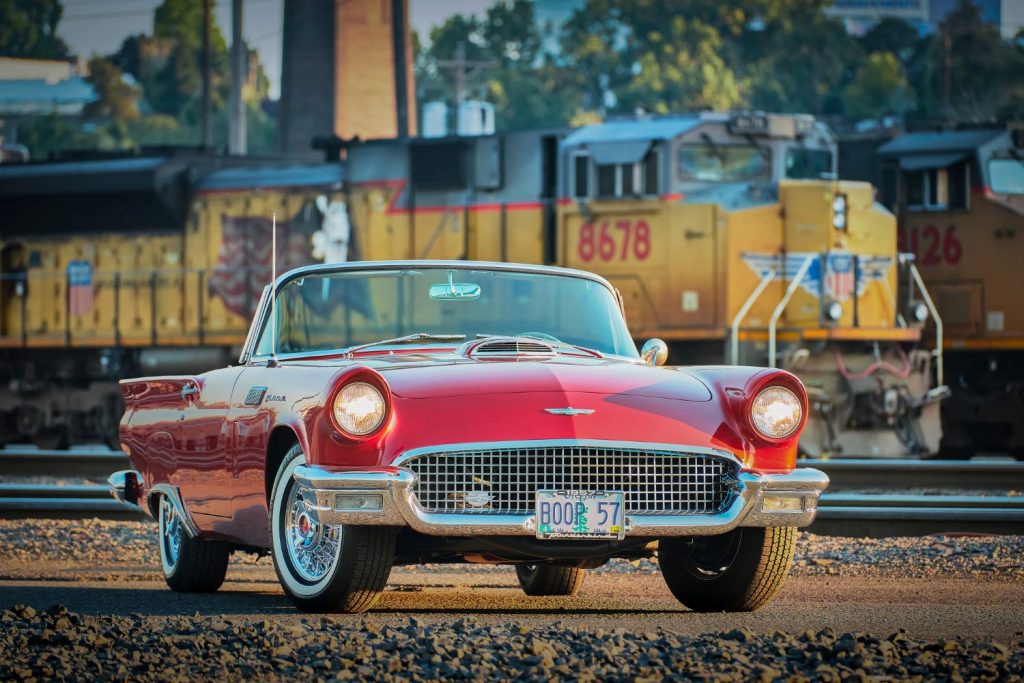 On its own accord, the Ford Thunderbird is an iconic vehicle with a long list of fans. That’s particularly true of the first-generation model, a Corvette-fighting, luxurious, two-seat convertible with style to spare. Thus, it’s no surprise that a lot of celebrities purchased Thunderbirds in their heyday, including this intriguing 1957 Ford Thunderbird that was originally owned by actress and singer Annette Funicello, which is currently up for grabs at Bring a Trailer. 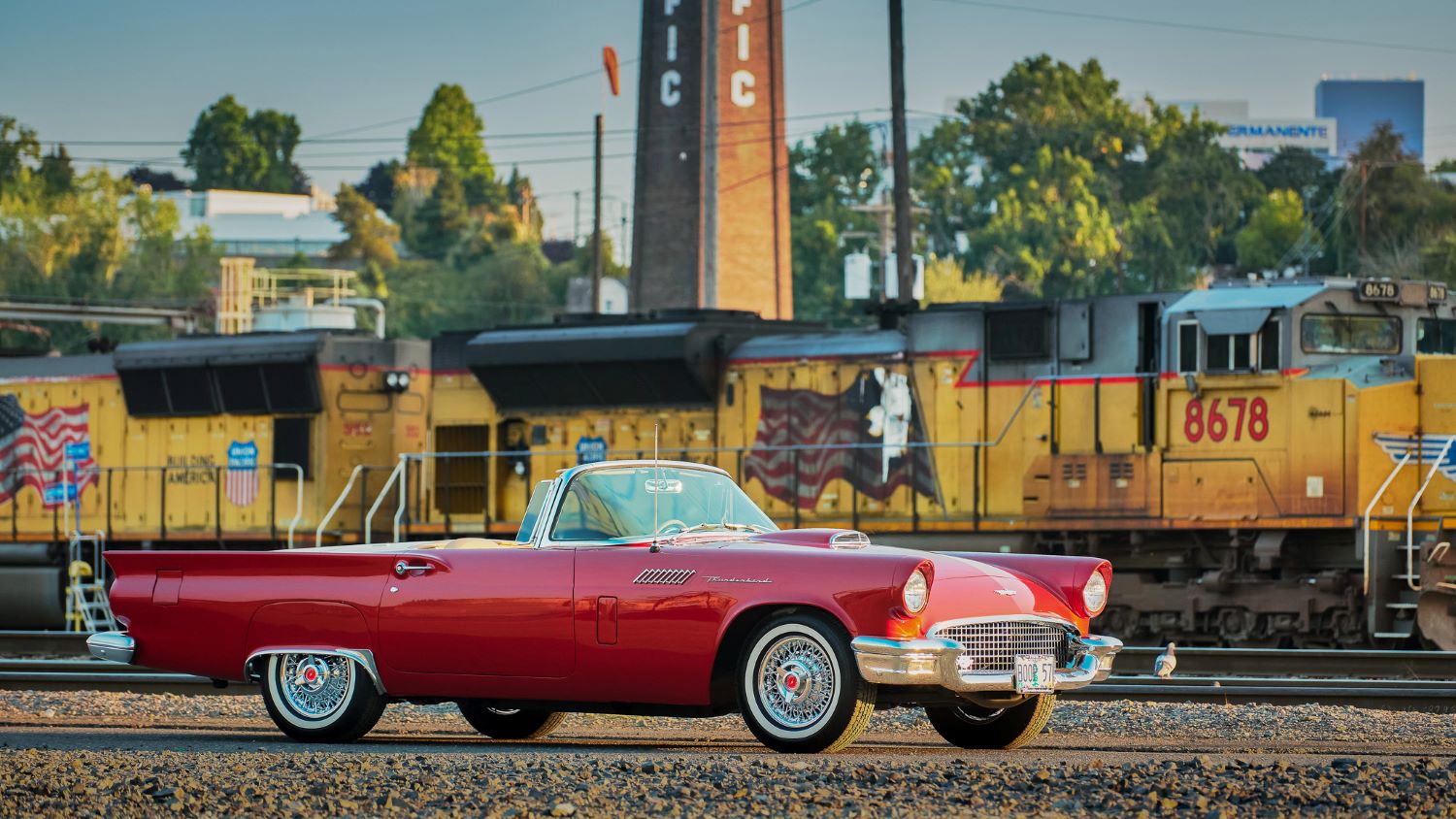 Funicello enjoyed a long career that began at the tender age of 12. One of the most famous Mouseketeers from the original Mickey Mouse Club, Funicello evolved into a successful singer and movie actress and appeared in a number of notable films and TV shows from the late 1950s to the late 1980s. Turns out, she also had pretty good taste in cars as well. 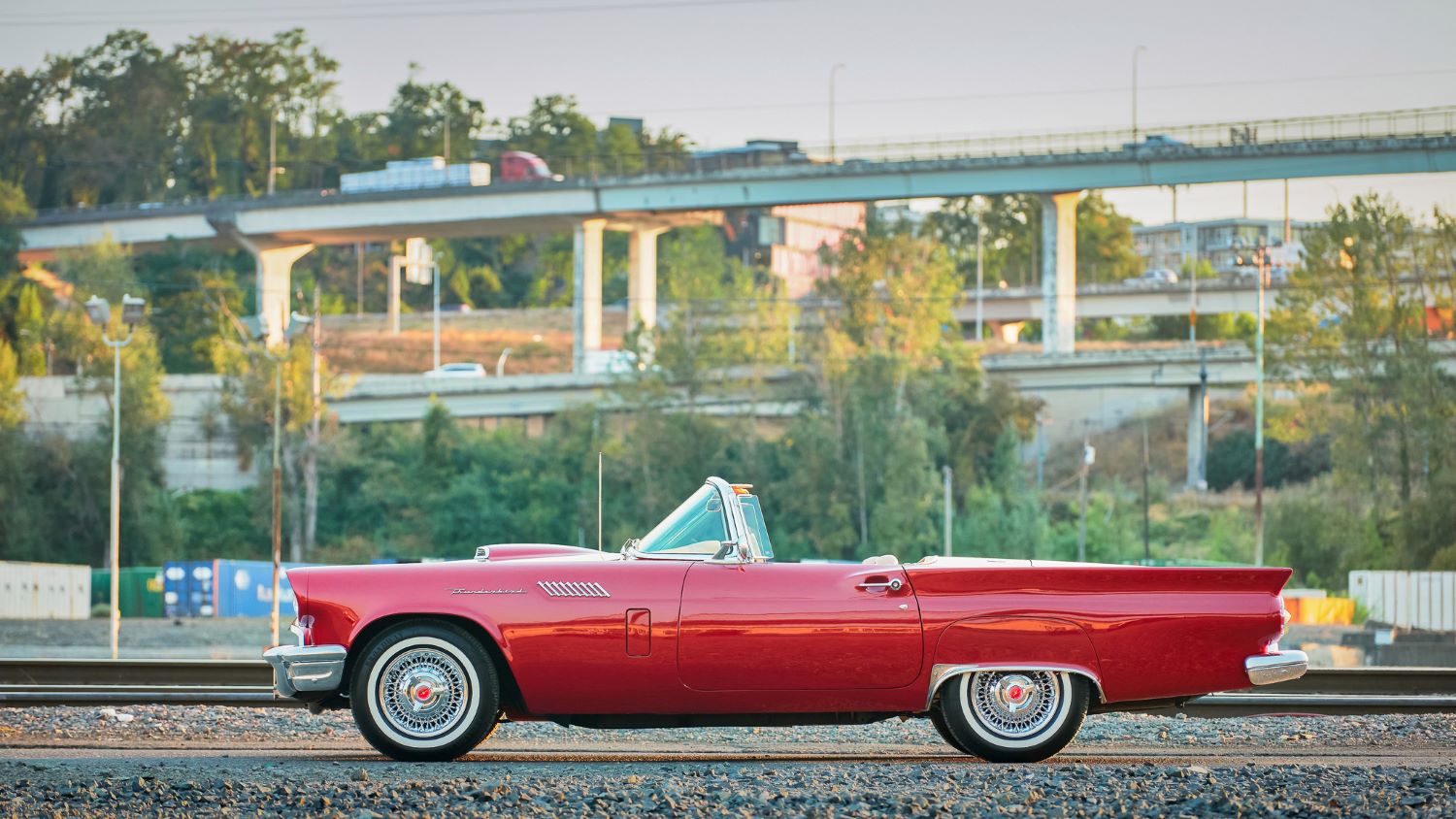 Funicello’s father purchased this 1957 Ford Thunderbird for her new, but it has undergone quite a few changes since then. For starters, the car was originally painted Colonial White, but legendary car customizer George Barris resprayed it purple at Funicello’s request. She kept the car until 1968, when it was painted once again – this time silver – and given to her brother as a birthday gift. 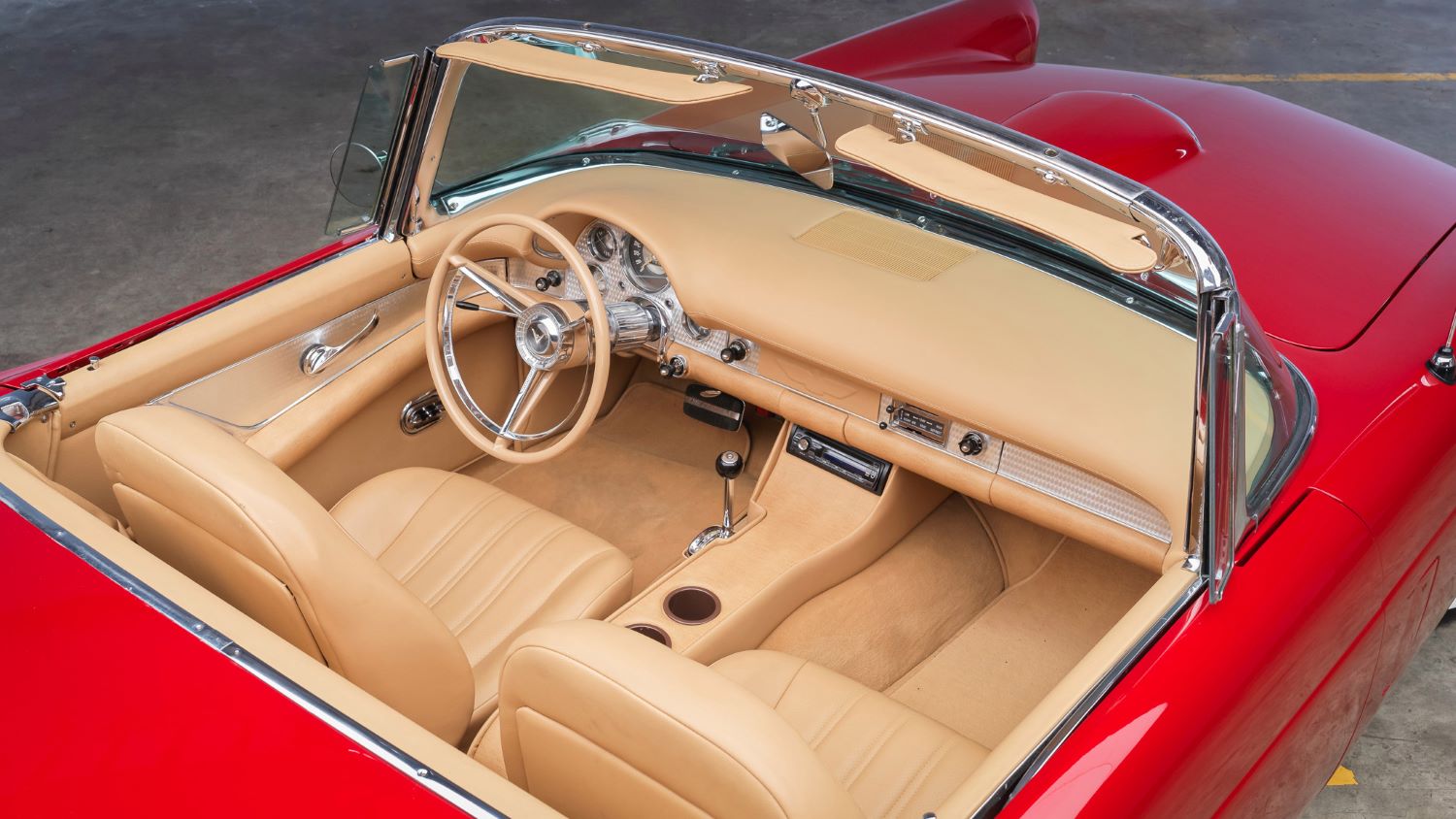 The seller acquired the Thunderbird in 2003 and promptly painted it red, installed a new tan soft top (the factory porthole hardtop is also included), and replaced the bumpers and trim. The refurbishing continued with a fresh set of whitewall tires, a new tan leather interior with a custom center console, a modified steering wheel, and a modern stereo system. 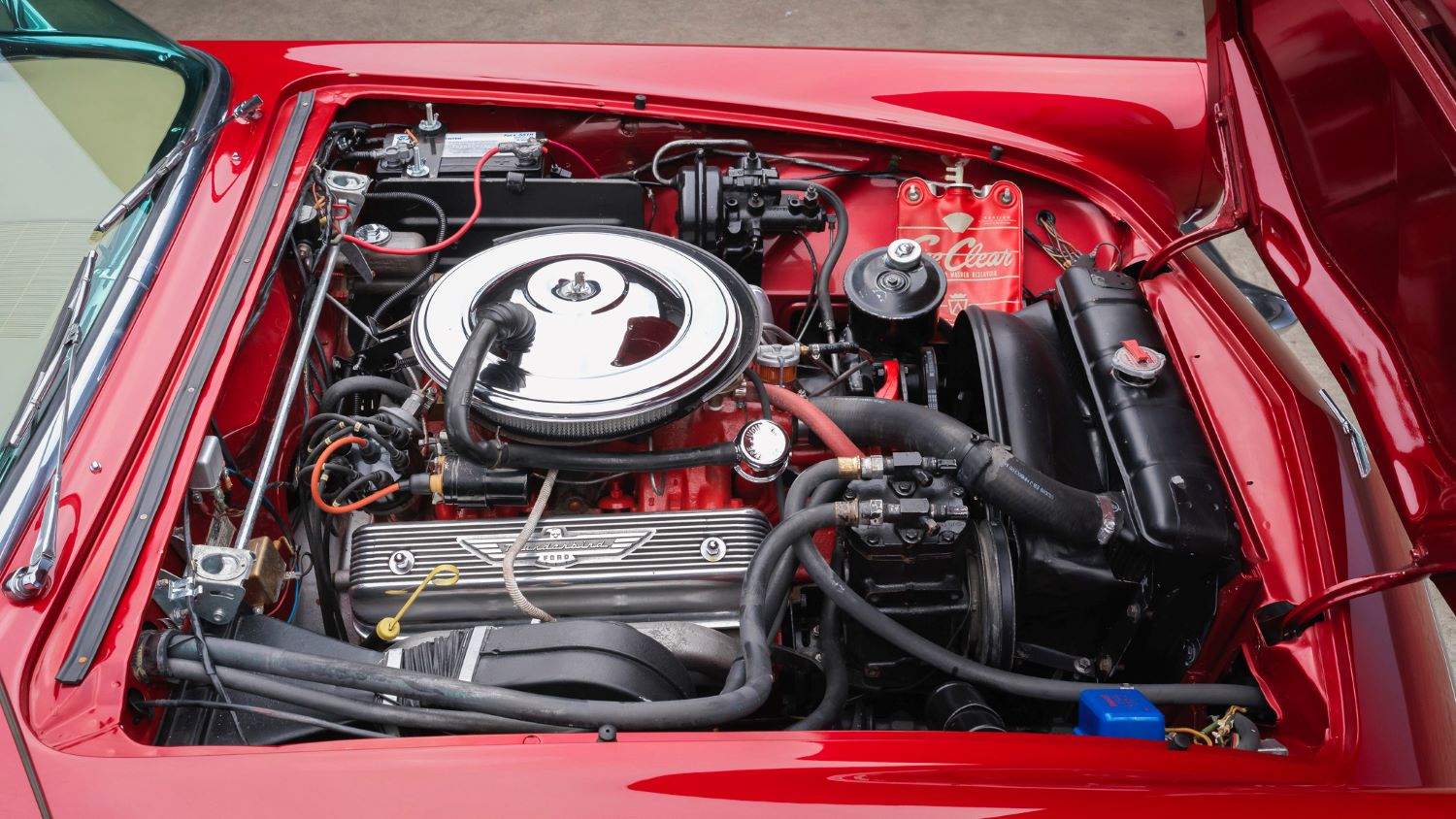 Motivation for this classic drop-top cruiser comes from the original 312-cubic-inch Y-block V8, which was also rebuilt back in 2004. It sends power to the rear wheels via a three-speed automatic transmission. The odometer shows a mere 31k miles, but actual mileage is of course unknown. 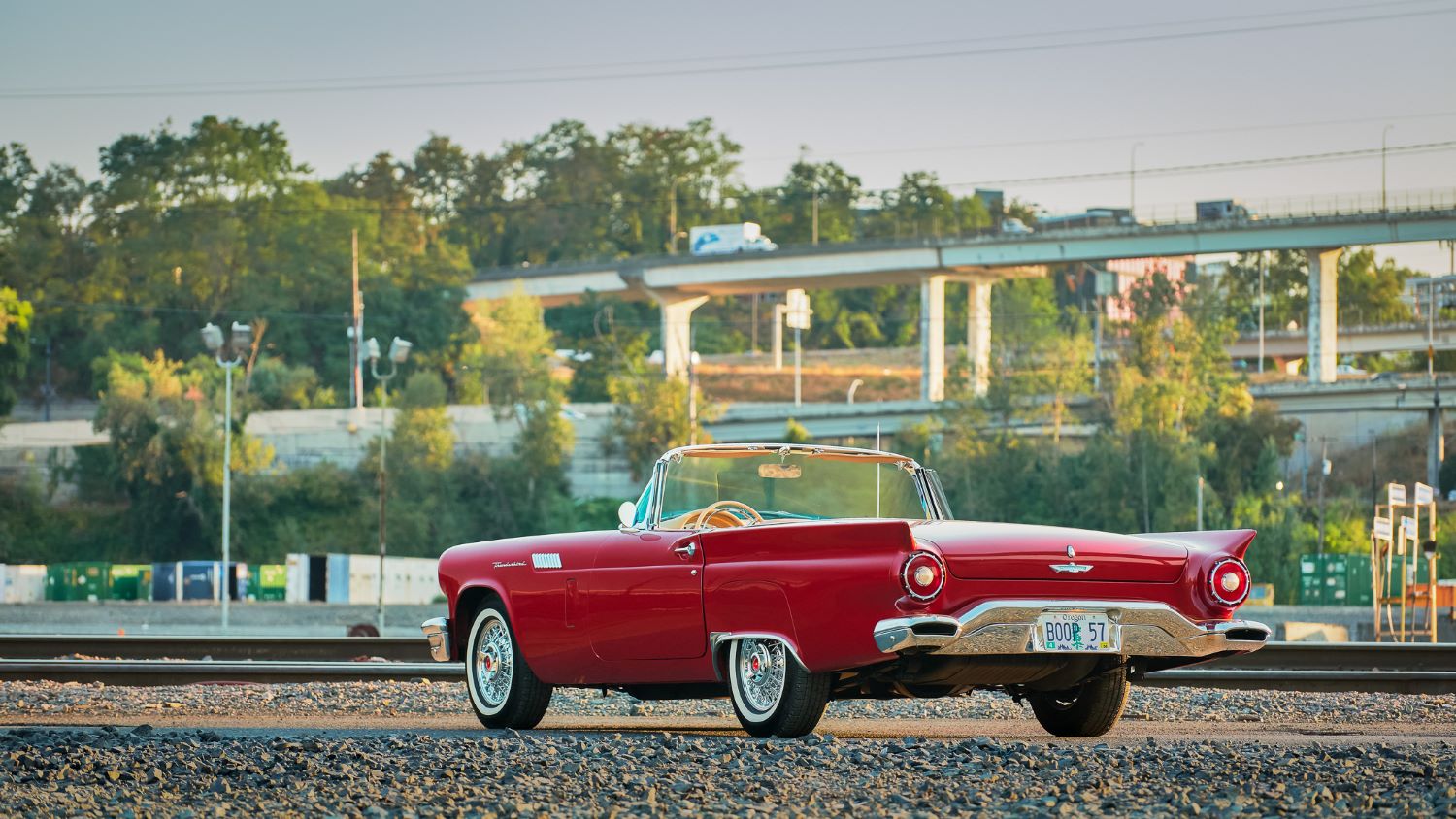 Regardless, this classic T-Bird is undoubtedly a cool offering with a very interesting history, and it comes with plenty of documentation to prove its celebrity ownership history, and that makes it just a bit more special than the average first-gen Thunderbird.

We’ll have more cool auction finds like this to share soon, so be sure and subscribe to Ford Authority for more Ford Thunderbird news and non-stop Ford news coverage.

1991 Ford Thunderbird Formerly Owned By Jeff Gordon Up For Auction