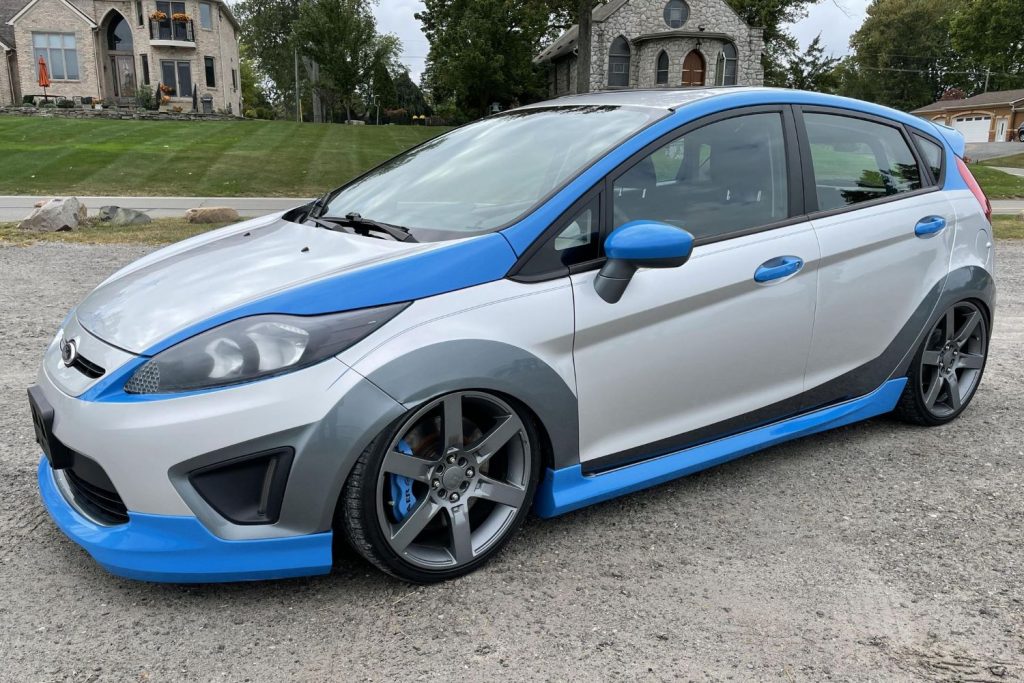 Modified cars aren’t for everyone, but for those that love a good custom, buying one used is a great way to save some serious cash. That’s especially true when we’re talking about former SEMA show cars, which are shown off at the extravaganza of automotive aftermarket wares and then usually cast aside like disposable items. And that’s precisely the case with this highly modified 2011 Ford Fiesta SE up for grabs at Cars & Bids. 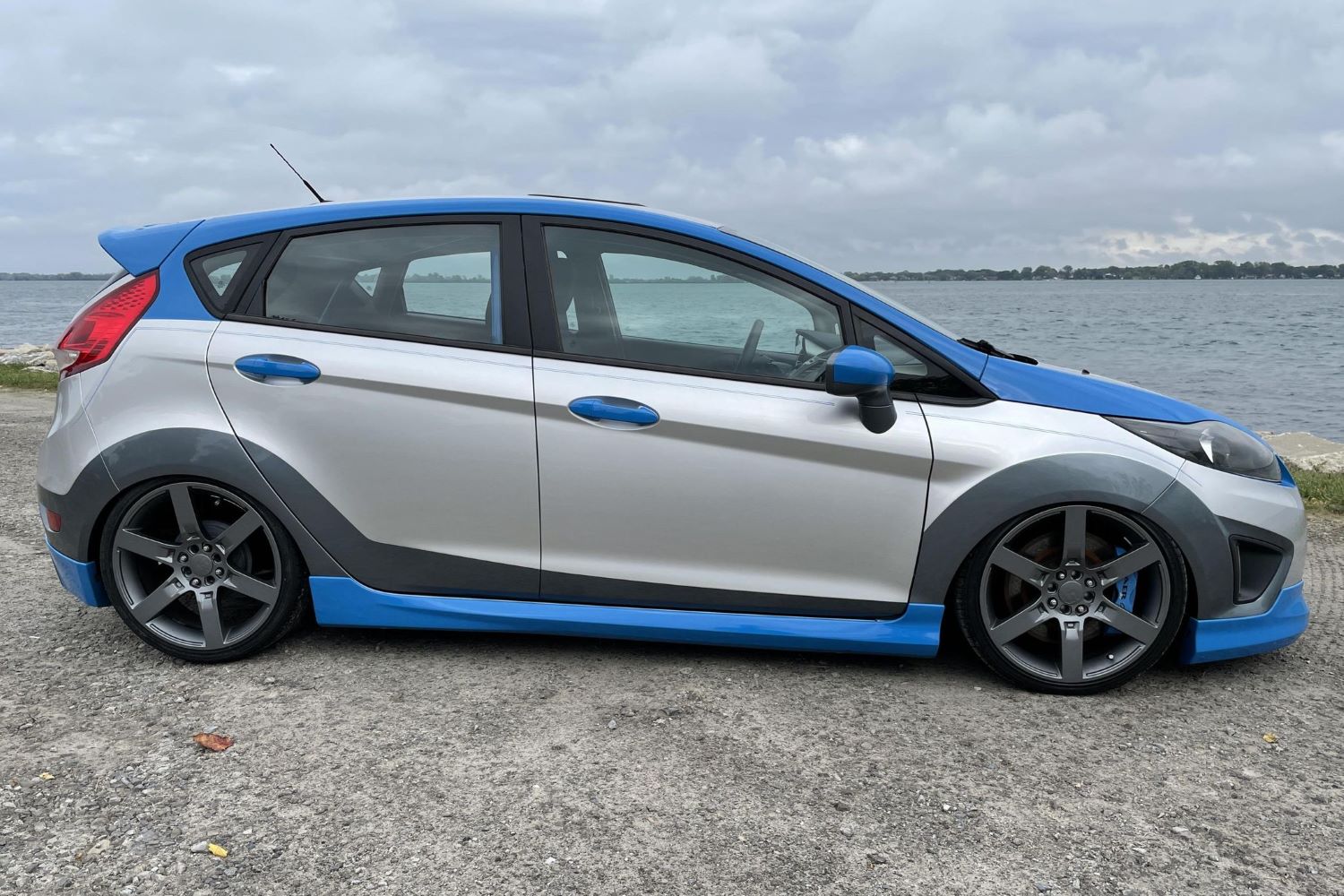 This wild 2011 Ford Fiesta SE was designed in collaboration with Tjin Edition and the Universal Technical Institute for the 2010 SEMA Show and is absolutely loaded with upgrades. That starts on the outside, where you’ll no doubt notice the custom paint job with black, gray, and blue accents, a 3d Carbon body kit, LightWurkz LED headlights, Webasto sunroof, and custom “Tjin Edition” emblem. 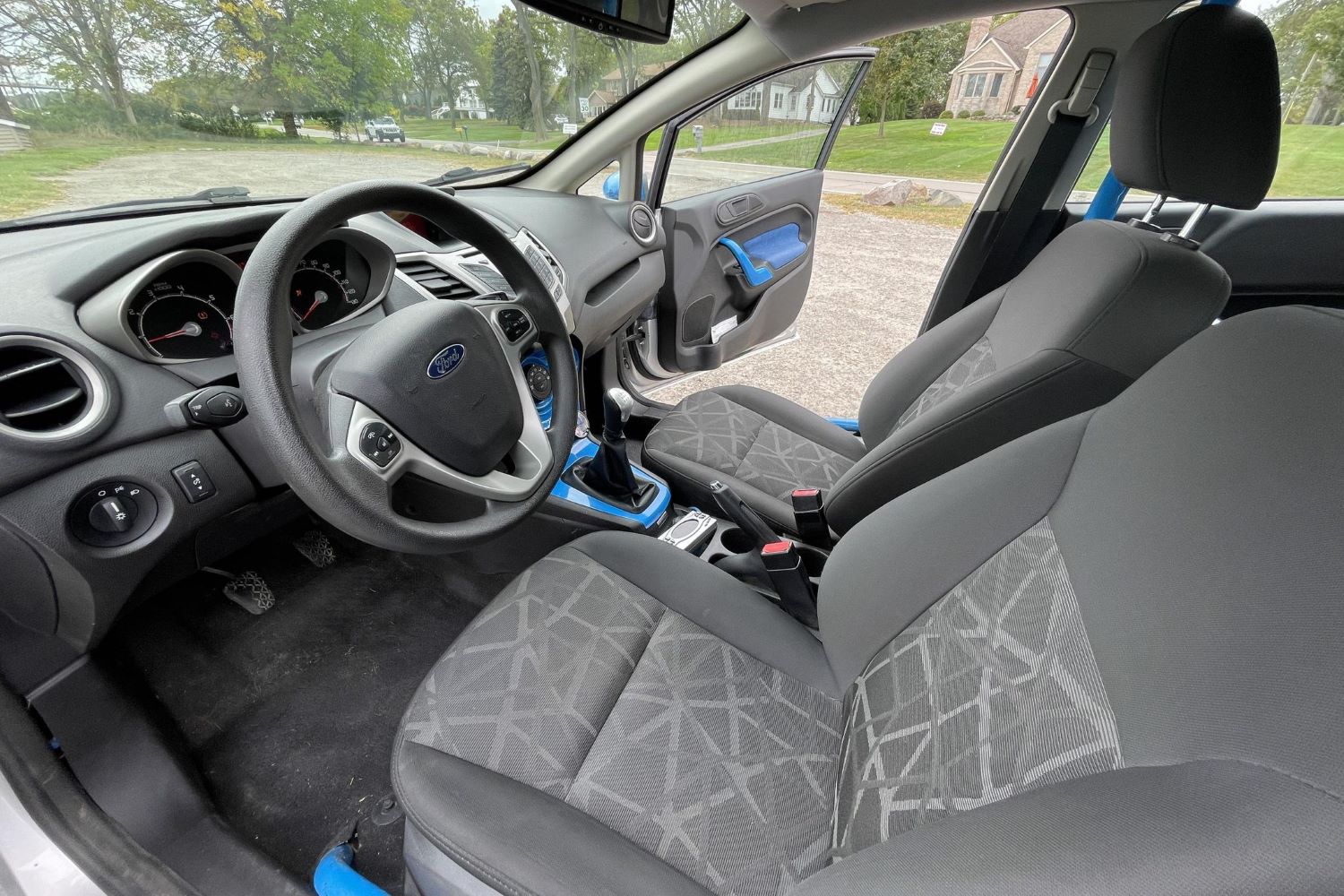 That theme continues inside, as the cabin has been treated to blue trim to match the outside, auxiliary gauges, an AZENTEK rear-view mirror, rear seat delete, a Real AutoWorks welded roll cage, an Innovate Motorsports OpenTune data logging module, and an Image Dynamics amplifier and 12-inch subwoofer. 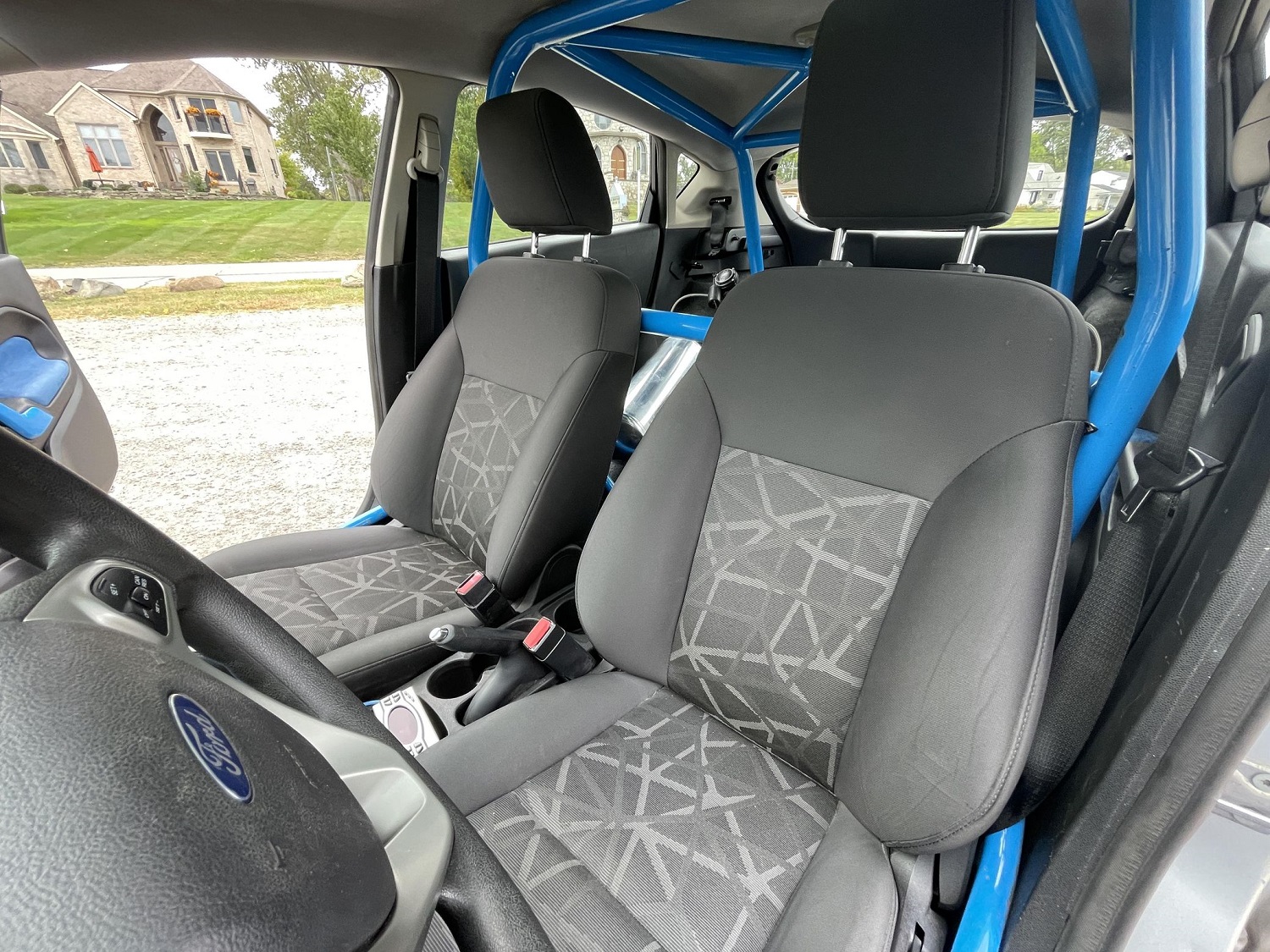 As far as performance mods go, Ford’s 1.6L I-4 makes a mere 120 horsepower and 112 pound-feet of torque in stock form, but this one’s been treated to a MagnaFlow cat-back exhaust and Nitrous Express setup to give it a bit more juice when needed, which flows to the front wheels via a five-speed manual transmission. 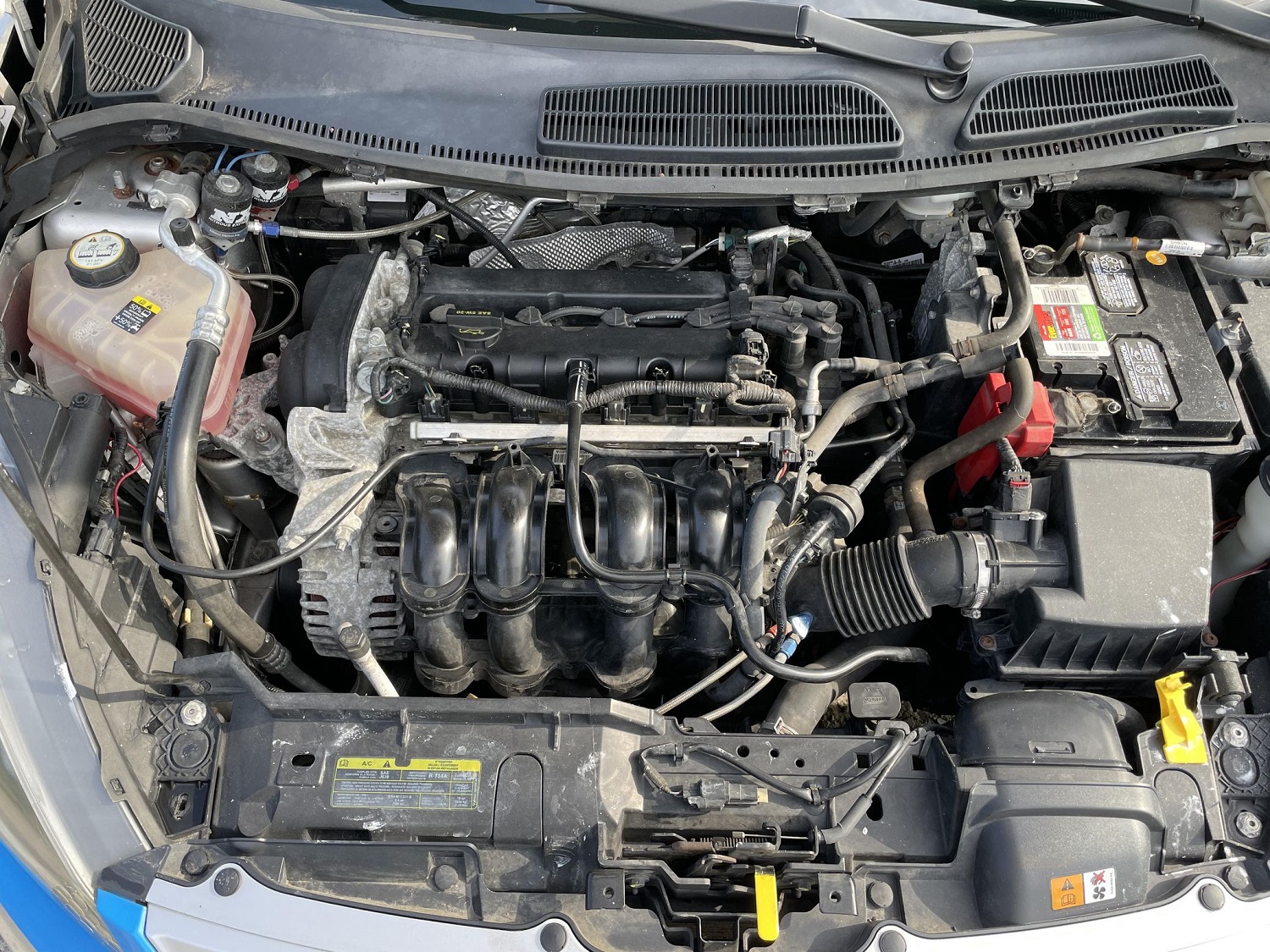 The 2011 Fiesta sits rather low on its FIVE:AD 18-inch wheels courtesy of a complete air ride suspension that consists of an Air Lift compressor, front struts, and controller, as well as Slam Specialties rear suspension airbags. Braking has been upgraded thanks to a set of front Baer T4 brakes. 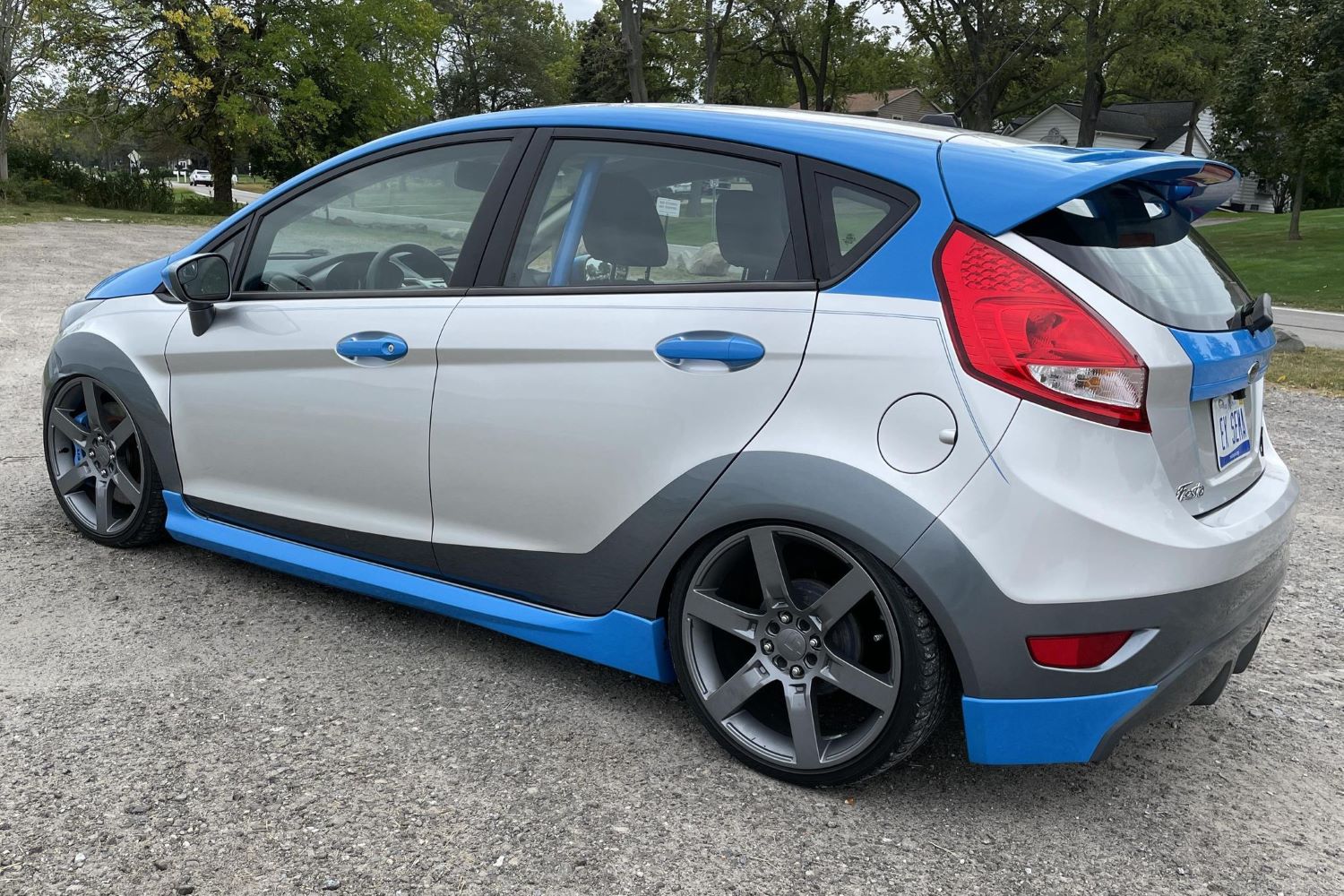 Like most former SEMA show cars, this Fiesta isn’t perfect. It has a vibration above 65 miles-per-hour, the tires are old and need replacing, and there are some scratches, fading plastic, and chips here and there. But considering the money it took to build this custom hatch, we imagine that it will ultimately sell for a pretty reasonable price.

We’ll have more interesting auction finds like this soon, so be sure and subscribe to Ford Authority for more Ford Fiesta news and non-stop Ford news coverage. 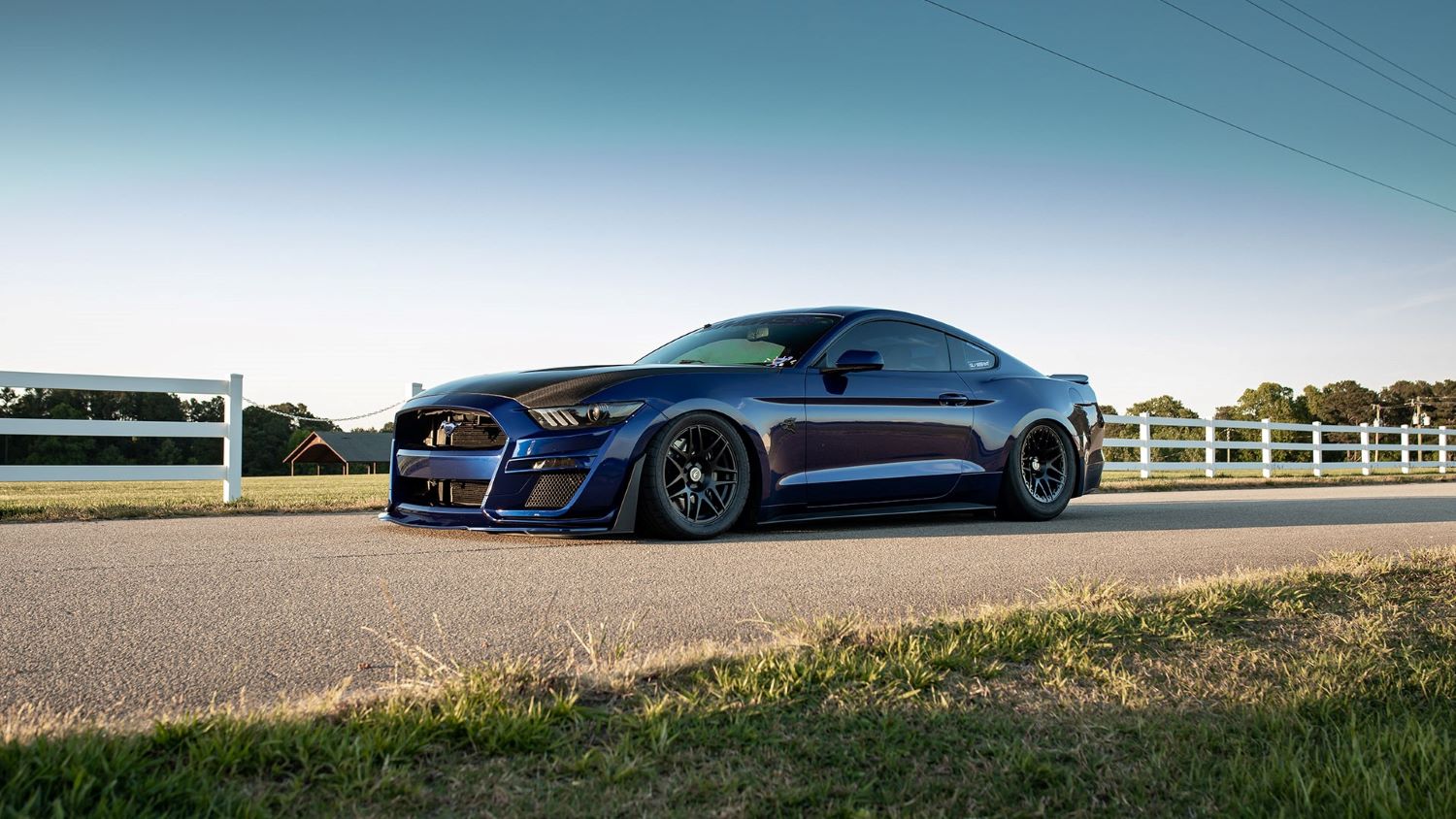