As Ford Authority reported yesterday, a gas leak at the Ford Flat Rock Assembly Plant discovered over Labor Day weekend forced the automaker to shut down the plant and work with authorities to assist in cleanup efforts. Now, the Detroit Free Press is reporting that 2021 Ford Mustang production at the Flat Rock plant will be paused this week as the automaker works to make things right for residents affected by the leak.

“We’re not going to prioritize building vehicles this week,” Ford spokesperson T.R. Reid told the Free Press. “There are higher priorities right now. The demands of the neighbors are pretty significant. We’re planning a pretty deliberate and committed role in addressing those needs. Some of our own people are in the affected areas and so they’re away from their homes. We’re still trying to understand why the leak happened.”

As of now, 2021 Ford Mustang production is expected to resume next Monday, but that likely hinges on how quickly Ford and the city of Flat Rock are able to rectify the situation. The fuel spill at the plant leaked vapors containing benzene – a highly flammable chemical – into the sanitary sewer systems, which prompted emergency evacuations of nearby homes and one school.

A small crew remains in place at the Flat Rock plant to assist with cleanup efforts, though Reid notes that conditions are safe. “The original concern was there was gasoline going from our sanitary sewer lines into the city’s sanitary sewer network,” he said. “The sanitary sewer lines would have implications for restrooms. We’re doing air monitoring and have been. The air is safe.” 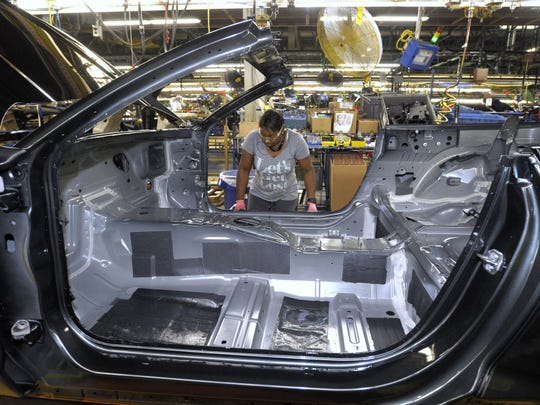 In the meantime, Ford has secured hotel rooms for those displaced by the leak and is covering lodging costs, as well as meals and other necessary personal items. The automaker has also committed one million dollars to the Flat Rock Community Fund that will be dispersed to affected residents.

We’ll have more on this as soon as it’s available, so be sure and subscribe to Ford Authority for more Ford Mustang news and ongoing Ford news coverage.