Since 2019, Ford Motor Company’s luxury division has been talking about the Lincoln Corsair Grand Touring, the compact luxury plug-in hybrid that was supposed to arrive at dealerships in late 2020. That never happened, as the Ford Kuga PHEV, a close relative featuring the same powertrain, suffered from teething issues that The Blue Oval eventually sorted out. Fortunately, Lincoln Communications Manager Kelly Wysocki confirmed to Ford Authority Executive Editor Alex Luft that the 2021 Lincoln Corsair Grand Touring has finally reached dealerships. 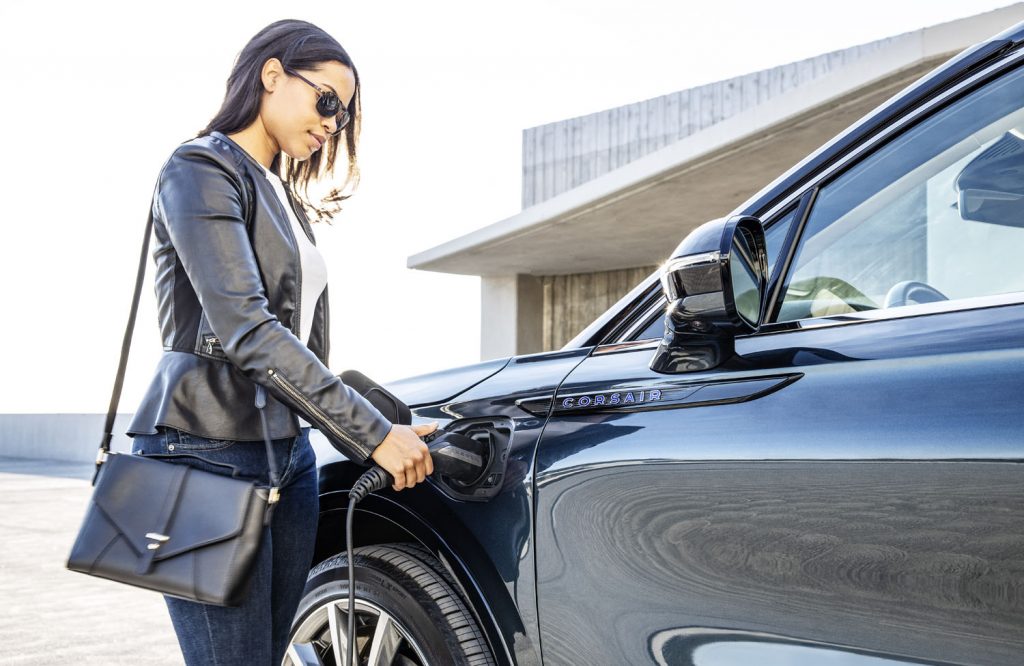 As Ford Authority previously reported, The Blue Oval intended for the compact luxury plug-in to debut later on in 2021, but a series of setbacks stymied the company’s plans. After Ford solved the Ford Kuga’s teething issues, the semiconductor shortage presented another obstacle for the automaker, with the ongoing chip crisis being explicitly cited by Ford spokesperson Mike Levine as the chief reason why it hadn’t landed at Lincoln dealers earlier on in the year. “It’s coming,” Levine said of the both PHEV nameplates. “We’re working through the global semiconductor shortage and are trying to make it as soon as we can. It won’t be a whole lot longer,” he added.

Currently, the 2021 Lincoln Corsair Grand Touring boasts a $50,390 base MSRP, before incentives. The compact luxury crossover pairs the Ford 2.5L Atkinson Cycle I-4 with a permanent magnet motor and a 14.4 kWh lithium ion battery for a combined 266 horsepower output. An additional electric motor supplies power to the rear wheels, enabling the Grand Touring to feature standard all-wheel drive. It can travel up to 28 miles on pure electric power before reverting to hybrid power, according to the EPA. After that, it nets 33 miles per gallon, and is rated at 78 MPGe combined, which is the total rating for electric and hybrid power.

We’ll have more on the Corsair Grand Touring as soon as we have it, so subscribe to Ford Authority for the latest Lincoln Corsair news, Lincoln news, and continuous Ford news coverage.