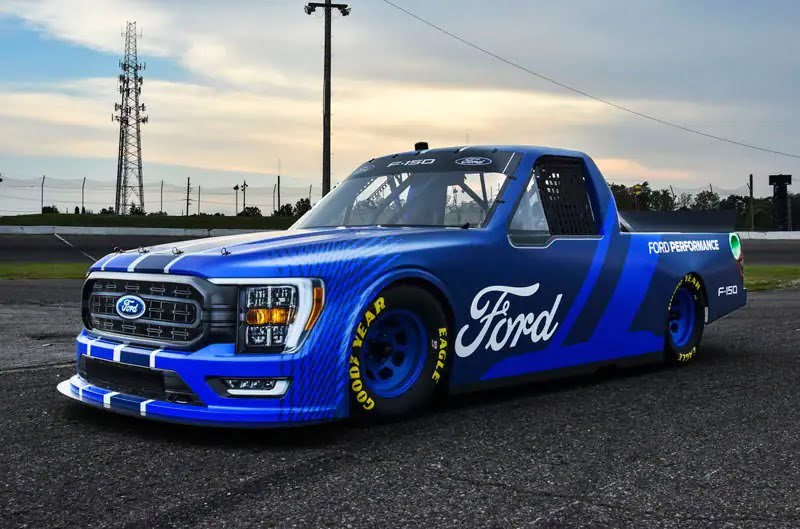 Ford Performance has been hard at work updating its line of NASCAR vehicles in 2021, as demonstrated by the all-new Next-Gen Mustang racer. That vehicle is set to boast electrified powertrains in the future, and features an independent rear suspension, a smaller greenhouse, and more width. But that car is now being supplemented by the 2022 Ford F-150 NASCAR truck, which itself has been updated to keep it competitive. 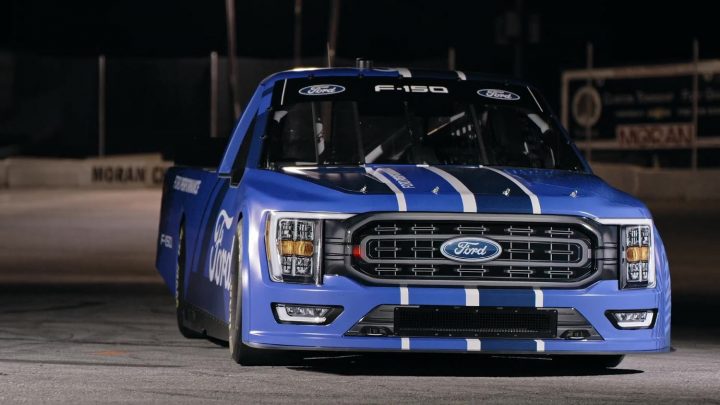 In addition to featuring styling elements of the 14th generation pickup, the 2022 Ford F-150 racing truck will also boast some forward-thinking materials in its construction. The hood, tail, and nose are ditching steel for composite, presumably to reduce weight. That switchover comes after the civilian F-150 switched to an aluminum body back in 2015. The truck will first race in the 2022 NASCAR Camping World Truck Series in February 2022 at the Daytona International Speedway. Hailie Deegan, who piloted the No. 1 F-150 for David Gilliland Racing in a previous iteration of the series, is expected to utilize the new model at some point in the future.

“We’re proud to be the first to show off our 2022 NASCAR truck today,” said Mark Rushbrook, Global Director, Ford Performance. “The Ford F-150 is the pride of the Ford truck lineup so we’re glad to be able to update the race version to show off the dynamic front end styling that is truly F-150.  We can’t wait for our teams to get on track with it next February in Daytona.”

The 2022 Ford F-150 NASCAR truck isn’t the first Ford Performance product to embrace new technological advancements. As Ford Authority previously reported, Ford and M-Sport are currently developing the Ford Puma Rally1 vehicle to replace the WRC Ford Fiesta. That vehicle is set to boast a plug-in drivetrain, and is set to a 2022 introduction.