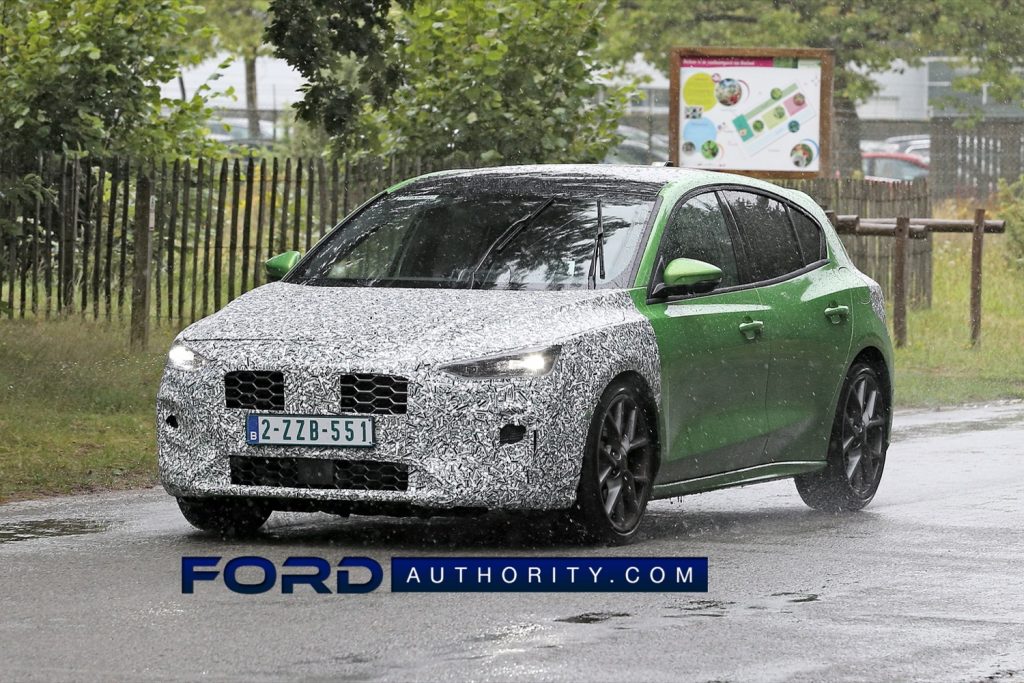 It’s been a while since Ford stopped selling the Focus in the U.S., but the long-running model is still alive and well in other parts of the globe, primarily Europe. The current, fourth-generation Focus launched in 2018, which means that it’s time for a mid-cycle refresh, and that’s precisely what the automaker has in store for the 2022 model year. Ford Authority spies captured a refreshed 2022 Ford Focus prototype near Ford’s technical center in Europe earlier this year, followed by a more revealing version earlier this month. Now, we have new images of a 2022 Ford Focus ST prototype recently spotted in Belgium to share as well. 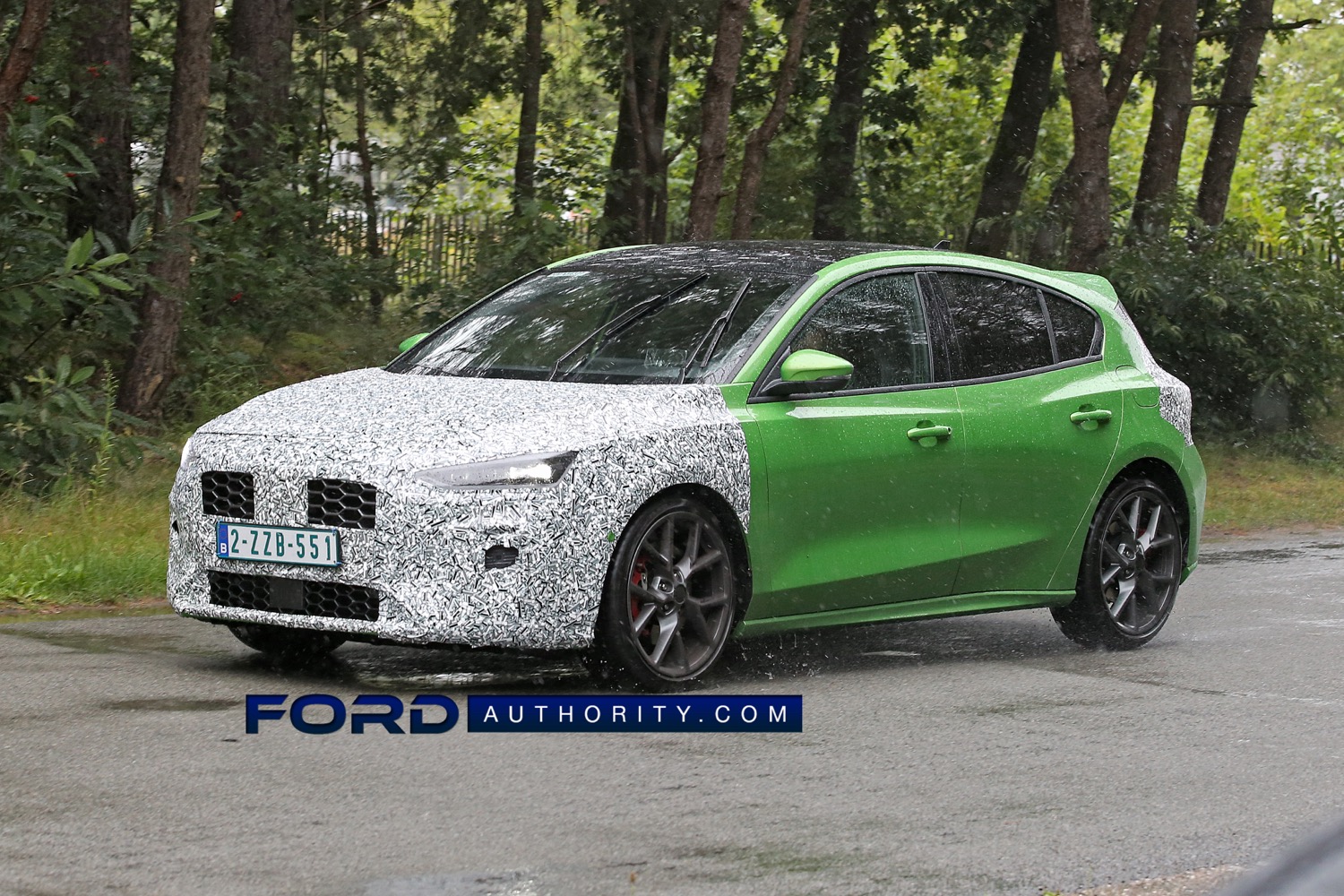 Like the non-performance-focused hatchback seen a couple of weeks ago, this 2022 Ford Focus ST prototype is wearing heavy camouflage on its entire front end, with minimal camo out back. The reasoning for this is obvious – those areas are where Ford has placed the bulk of its focus in terms of tweaking the hatchback’s styling. 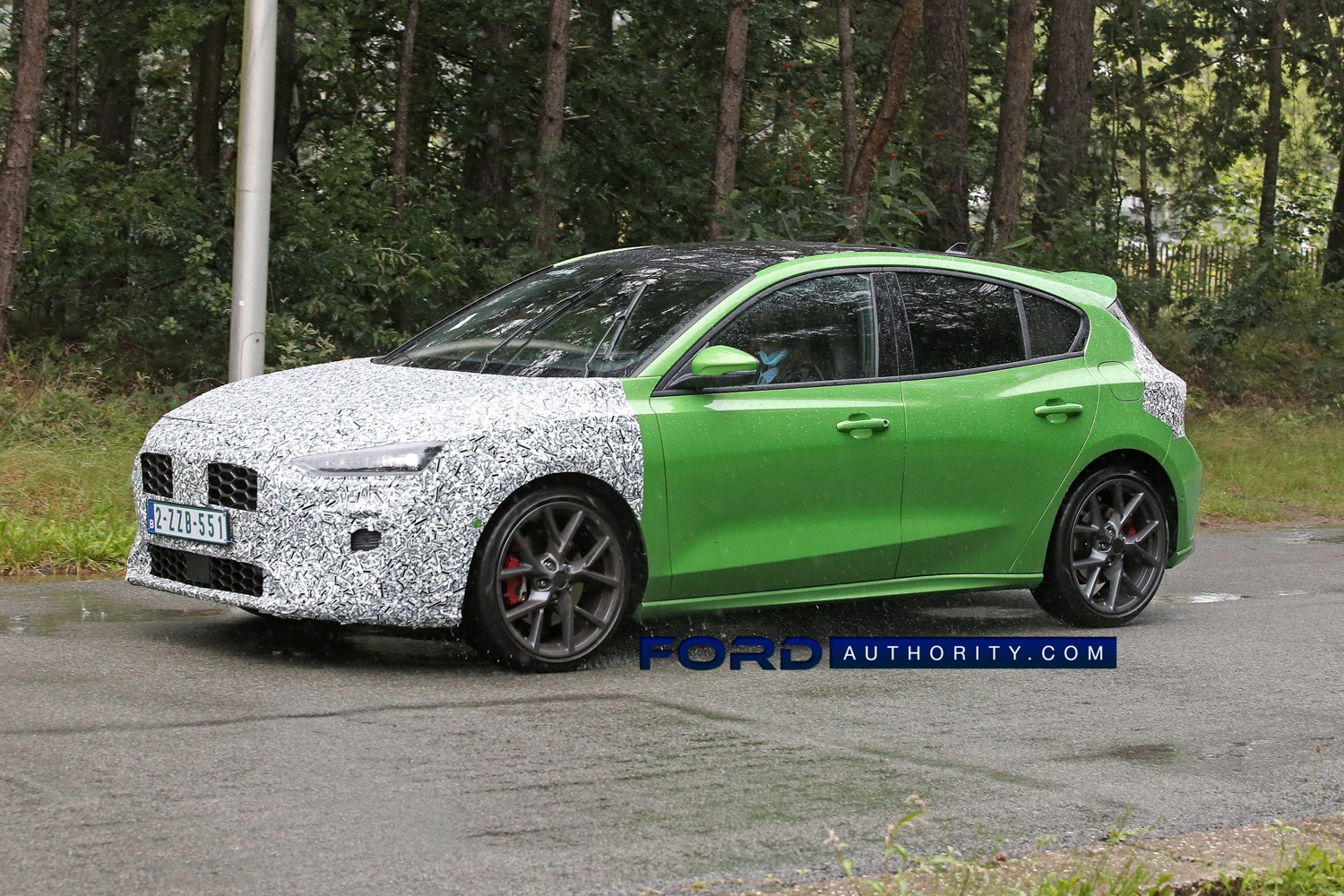 In the front, it’s difficult to see everything that’s been changed, but we do know that the 2022 Focus ST will sport a revised hood, front grille, and new signature lighting in the headlamps. The side profile of both the regular Focus and the high-performance ST remain mostly unchanged, while this prototype is fitted with a set of sporty split five-spoke wheels wrapped with performance rubber. 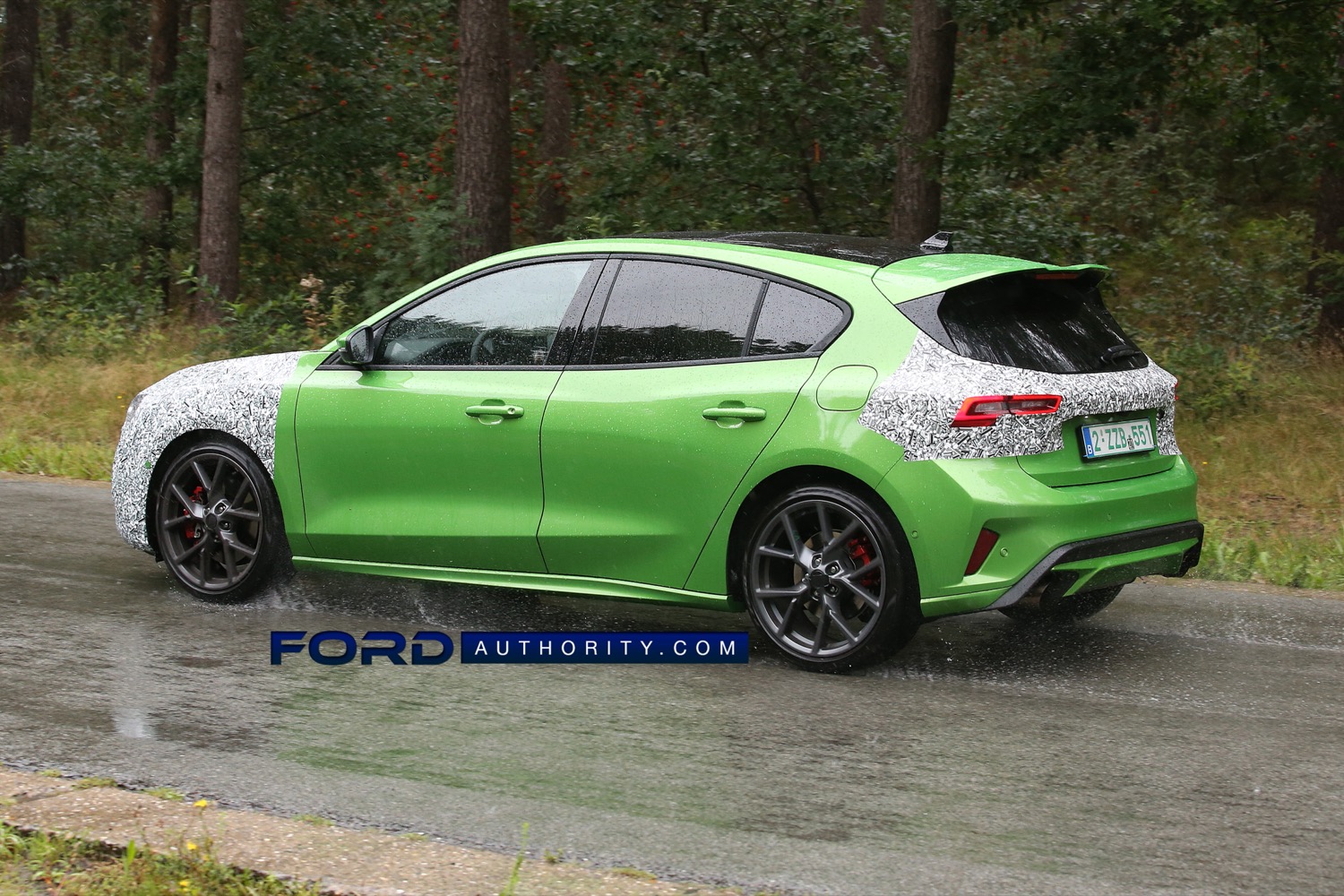 The rear of the 2022 Focus ST hasn’t changed much, save for a new taillight design that more closely matches the look of the headlights. Both lend a far more modern appearance to the Focus, which is still one of the better-selling models in Europe, where crossovers have grown considerably in popularity in recent years. 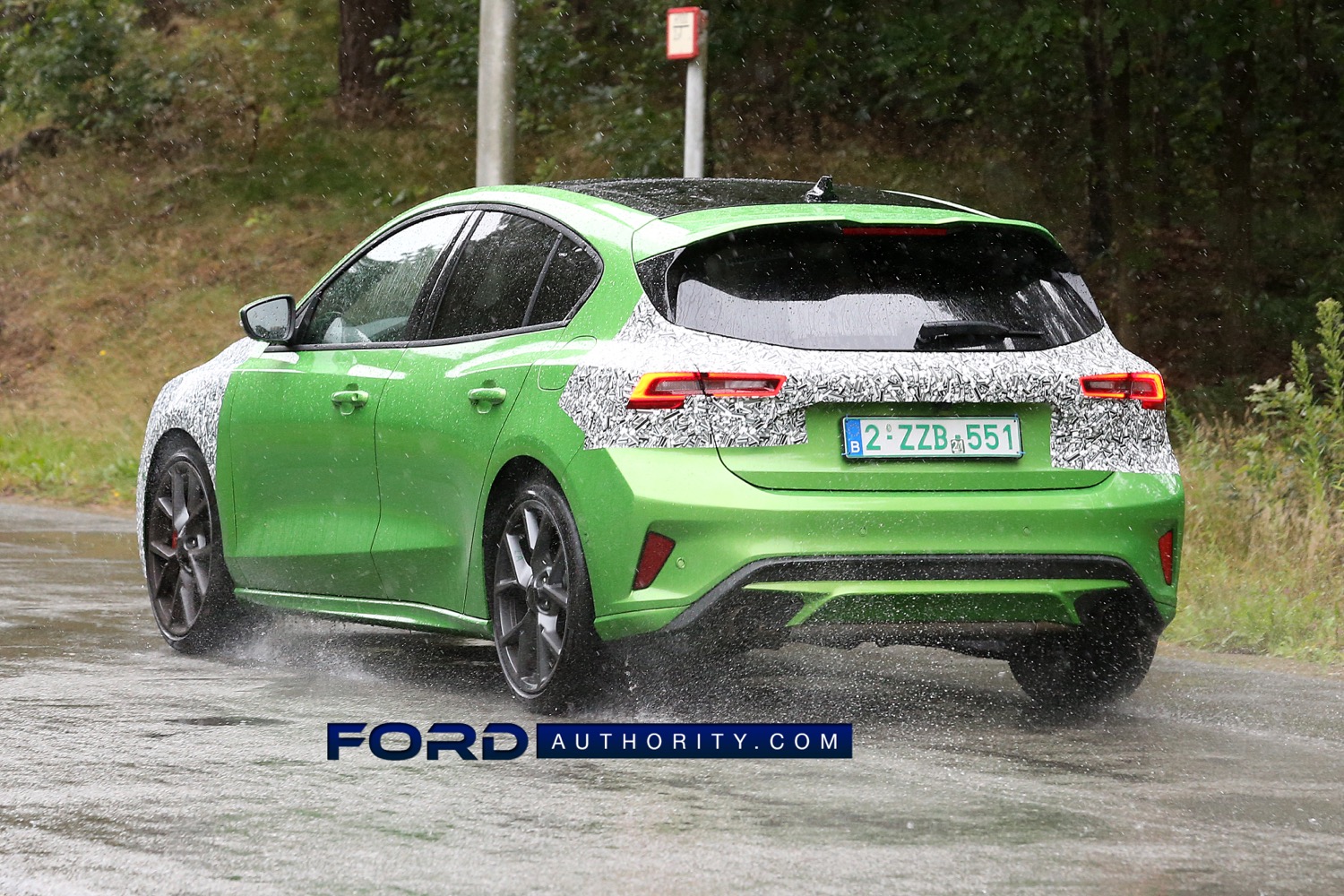 As Ford Authority recently reported, FoMoCo is also working on a mid-cycle refresh for the Focus’ stablemate, the Ford Fiesta. The 2022 Ford Fiesta will follow a similar formula as the one we see here, with slight exterior design tweaks that aim to modernize the long-running seventh-gen model that’s been in production since 2017.

We’ll have more on the 2022 Focus soon, so be sure and subscribe to Ford Authority for more Ford Focus news and non-stop Ford news coverage.