The North American Car, Truck, and Utility Vehicle of the Year (NACTOY) Awards organization announced its list of semifinalists at the first-ever Motor Bella event at the M1 Concourse in Pontiac, Michigan. A grand total of 23 different vehicles received nominations for the prestigious honors – nine utility vehicles, eight cars, and six trucks out of 36 eligible vehicles that are either substantially new or all-new.

In the North American Truck of the Year category, the 2022 Ford Maverick – which just entered production at the Ford Hermosillo Assembly Plant earlier this month – is joined by five other semifinalists – the GMC Hummer EV, Hyundai Santa Cruz, Nissan Frontier, Rivian R1T, and Toyota Tundra.

“This year’s group of semifinalists includes some of the most interesting and innovative cars, trucks, and utility vehicle candidates in recent memory,” said NACTOY President Gary Witzenburg. “A larger number of new trucks than we’ve seen in many years. And it features more electric vehicles than we’ve ever seen, all of which our jurors will continue to test and evaluate prior to our next vote.”

The NACTOY winners will be chosen by a panel of 50 jurors from the U.S. and Canada following a year-long evaluation. Each of those jurors votes three times through the course of the year, each time narrowing down the field of candidates to a group of semifinalists, finalists, and eventually determining the winners. 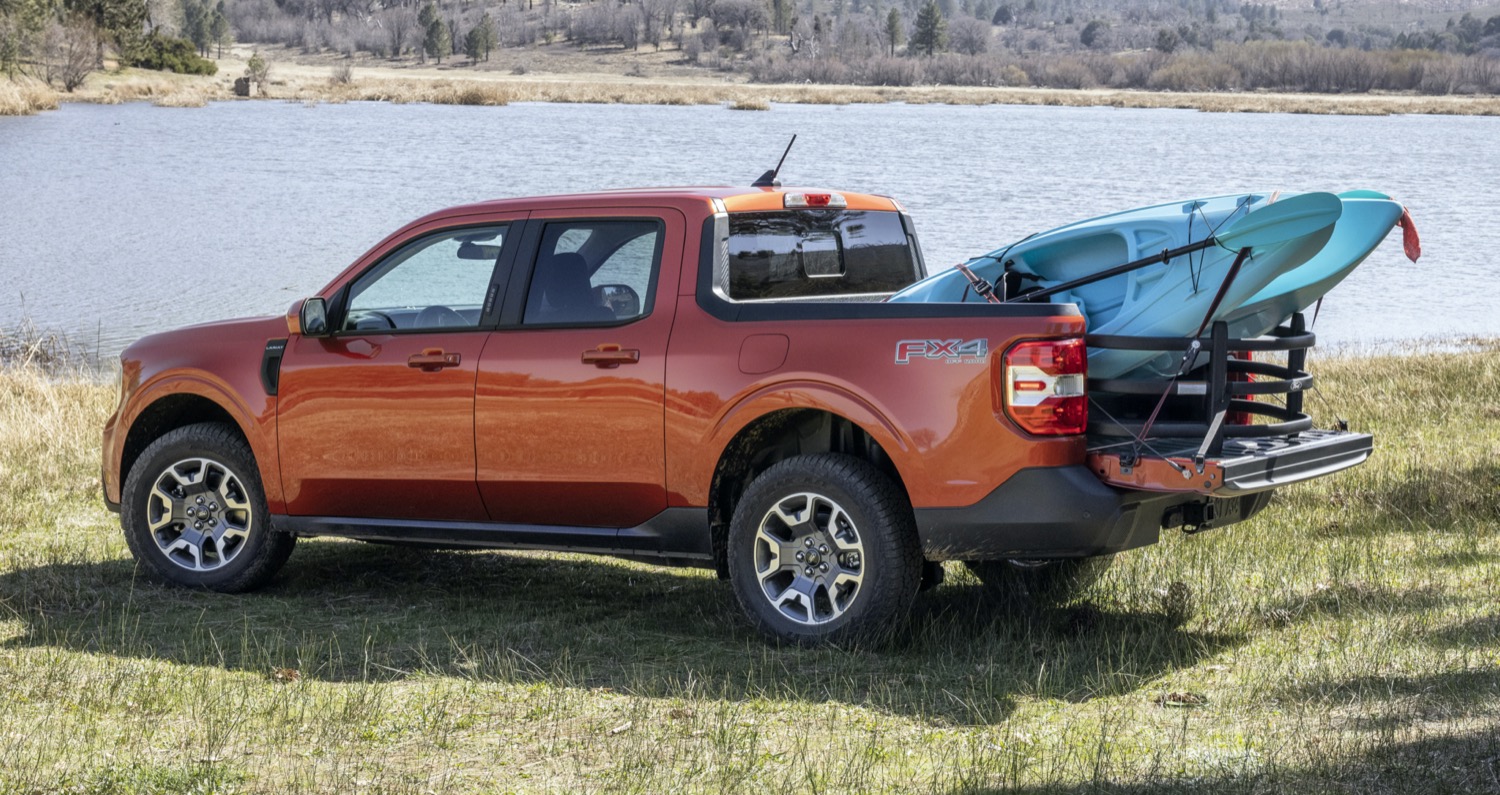 Jurors will evaluate the semifinalists during a comparison drive scheduled to take place October 18th-21st, and will then vote to determine three finalists from each category. Those finalists will be announced at the L.A. Auto Show on November 17th, while the winners will be revealed at the Detroit Auto Dealers Association in Detroit in January of 2022.

We’ll have more on the Maverick and the NACTOY selections soon, so be sure and subscribe to Ford Authority for more Ford Maverick news and 24/7 Ford news coverage.