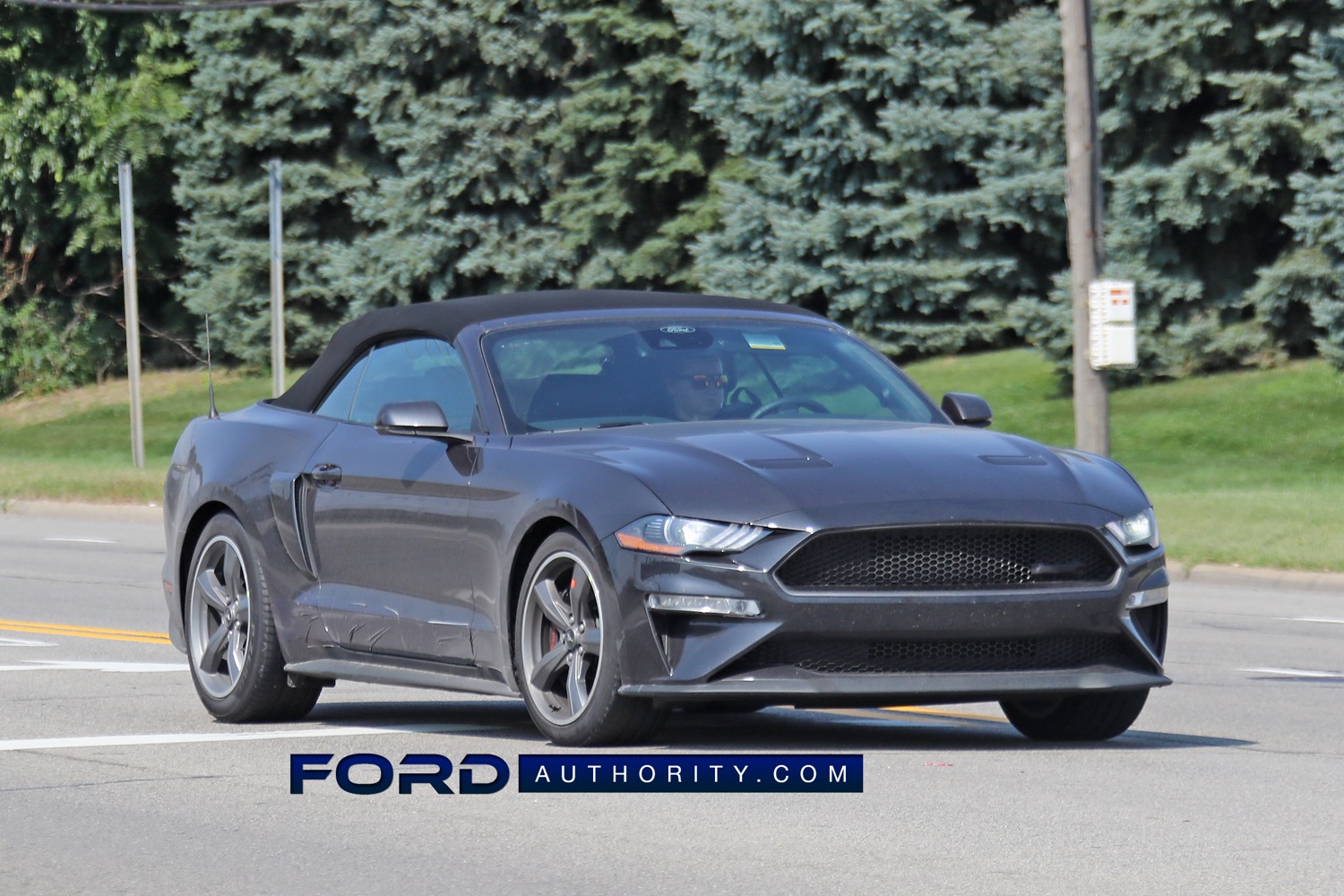 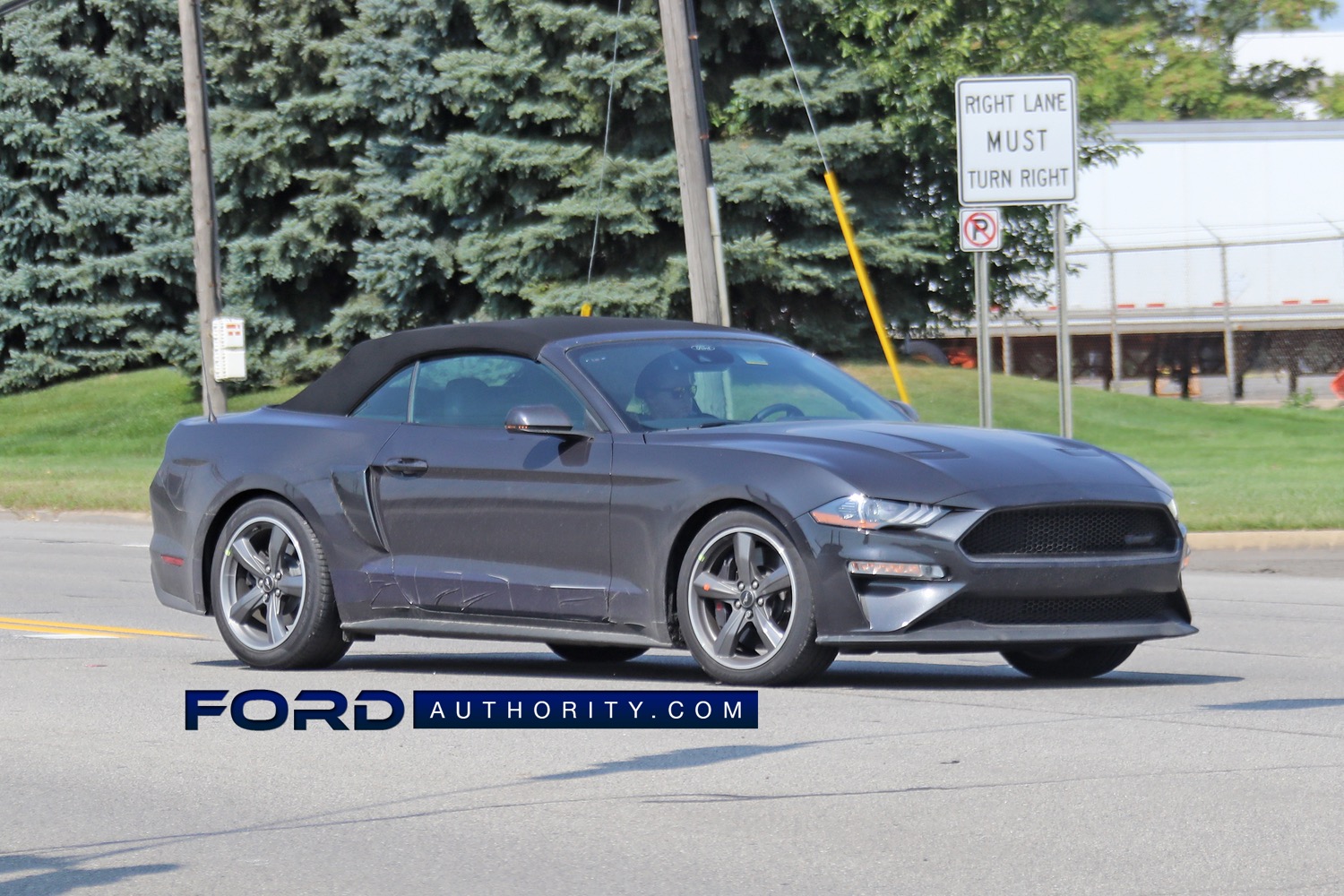 This 2022 Ford Mustang California Special prototype has its badges – located on the front grille, lower doors, and decklid covered up, but those elements are clearly there and a bit different than the existing model. The wheels on the prototype are similar to the ones present on the now-discontinued Mustang Bullitt, though not exactly the same. There may also be some additional changes present inside the cabin or underneath this California Special prototype that we can’t see in the photos as well. 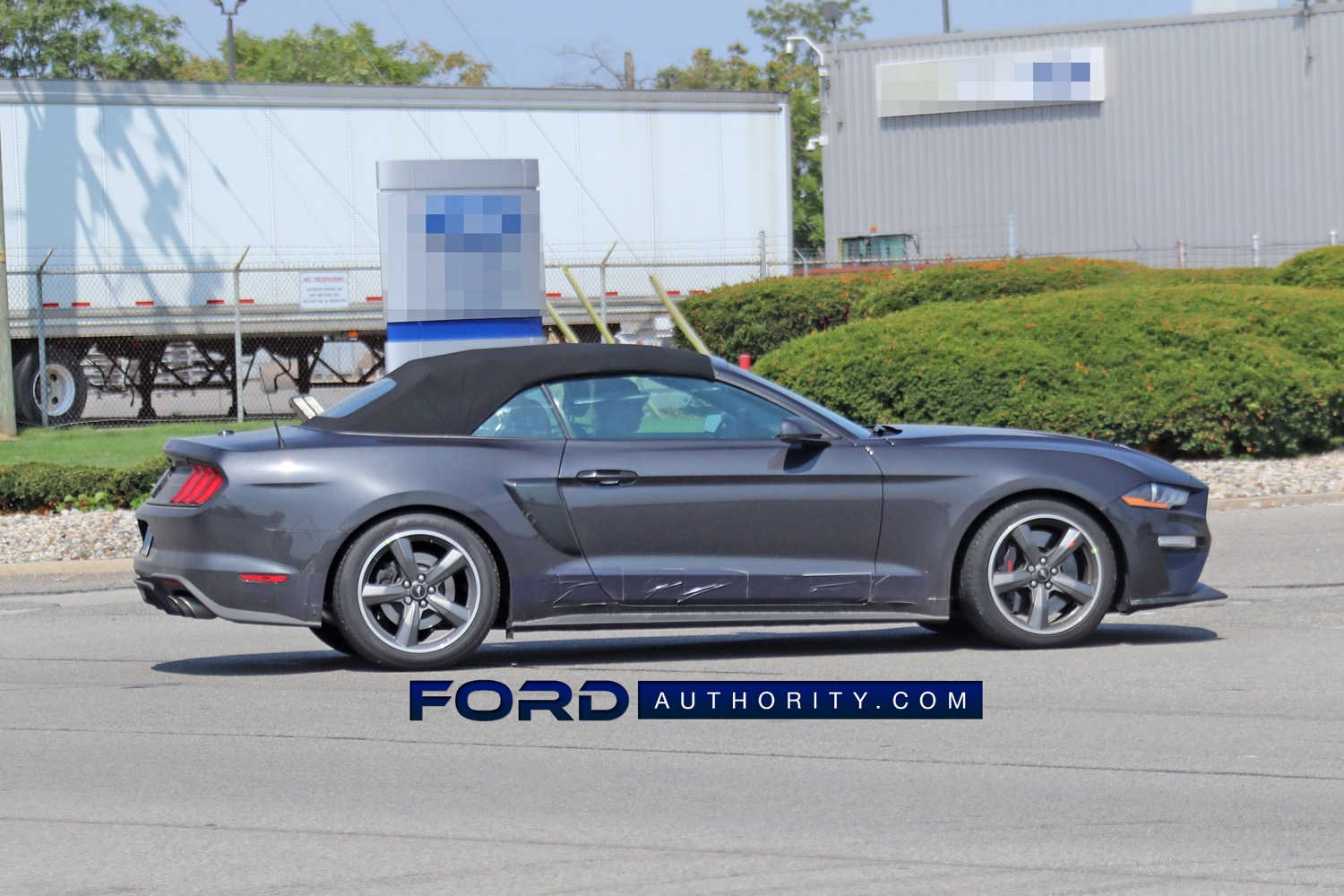 The current 2021 Ford Mustang California Special package is optional on GT Premium models and includes California Special badges on the strut tower brace and rear panel, a Carbon Hex instrument panel, and floor mats with a California Special logo. There are also Miko suede door inserts and seat inserts with a GT/CS logo, all of which sport red contrast stitching. On the outside, the CS features a set of 19×8.5-inch machined-face aluminum wheels with Ebony Black-painted pockets, a pedestal rear spoiler, Performance Package front splitter, side scoops, mid-body side stripe, and unique front grilles with an offset tri-bar pony logo. 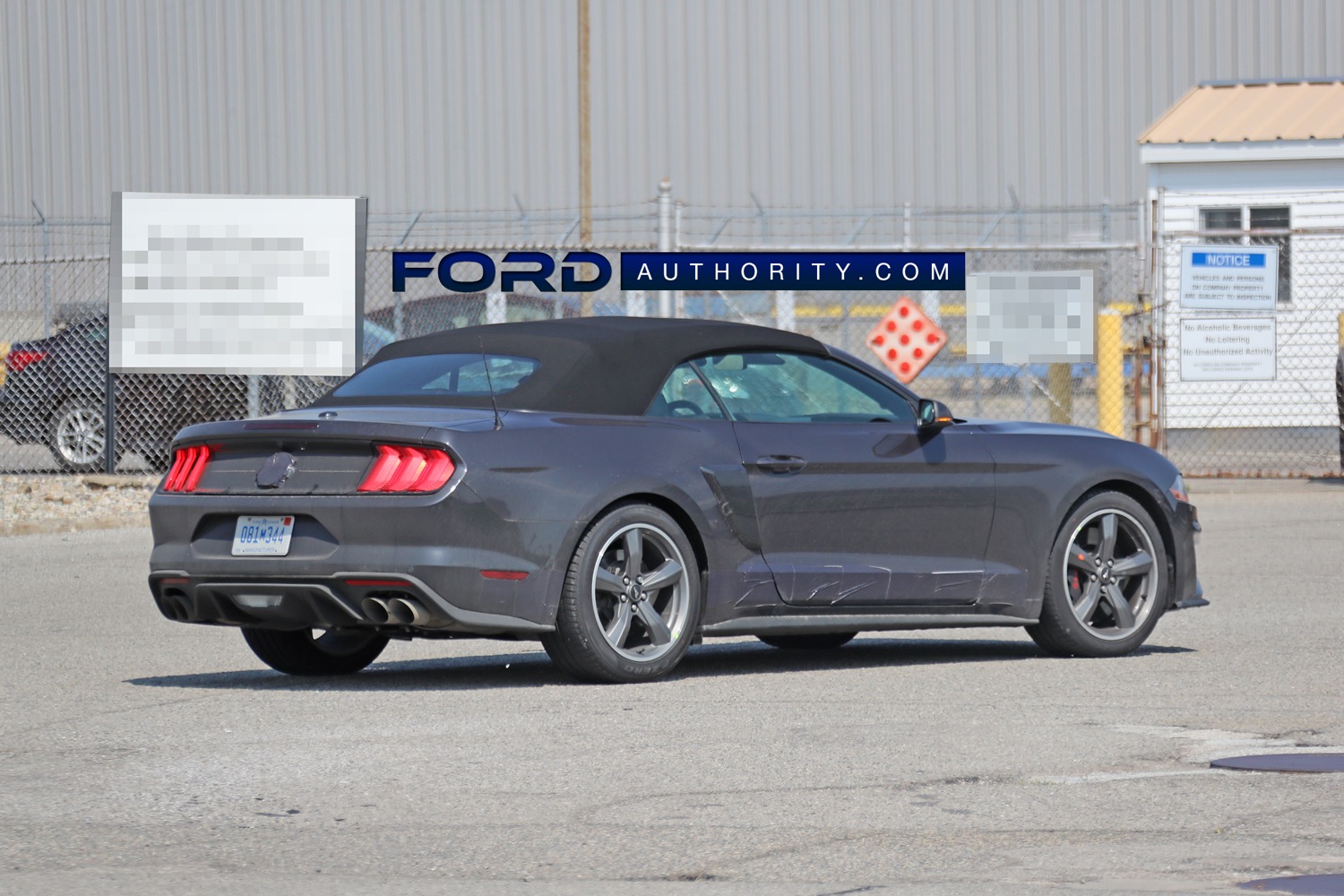 It’s worth noting that it is quite strange Ford is opting to update the California Special package this late in the S550’s life cycle. After all, the next-generation S650, 2023 Ford Mustang is expected to launch in 2022 for the 2023 model year, bringing about some new features for the pony car, albeit no major changes, as Ford Authority reported earlier this month. 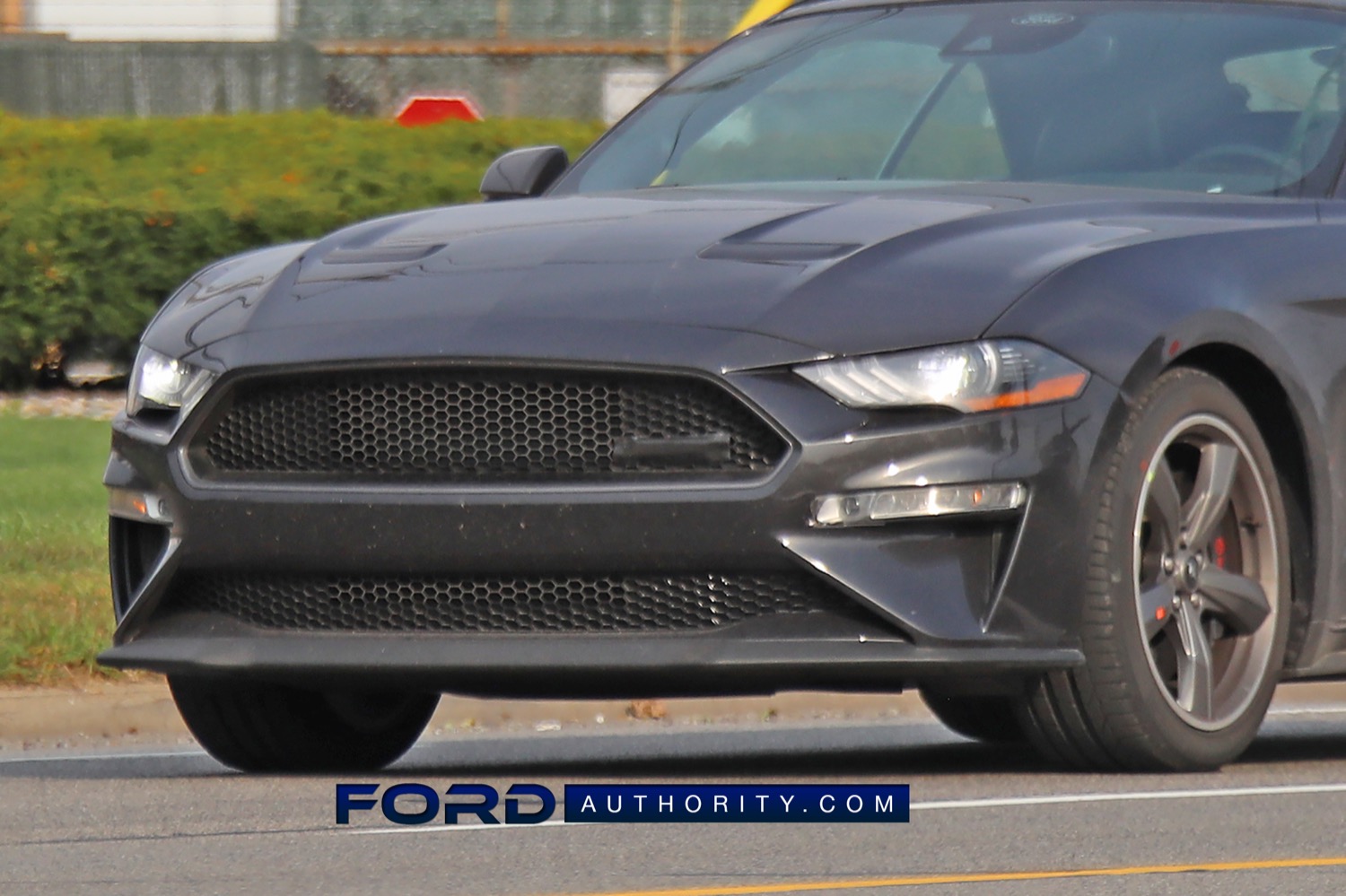 The 2023 Mustang could possibly be available with all-wheel drive, as Ford Authority reported last spring, while a hybrid version is expected to launch in 2025. An all-electric version was previously rumored to launch as soon as 2028 for the 2029 model year, but in the meantime, no major powertrain changes are planned. As Ford Authority reported back in May, the Mustang’s V8 engine won’t be going away any time soon, either. 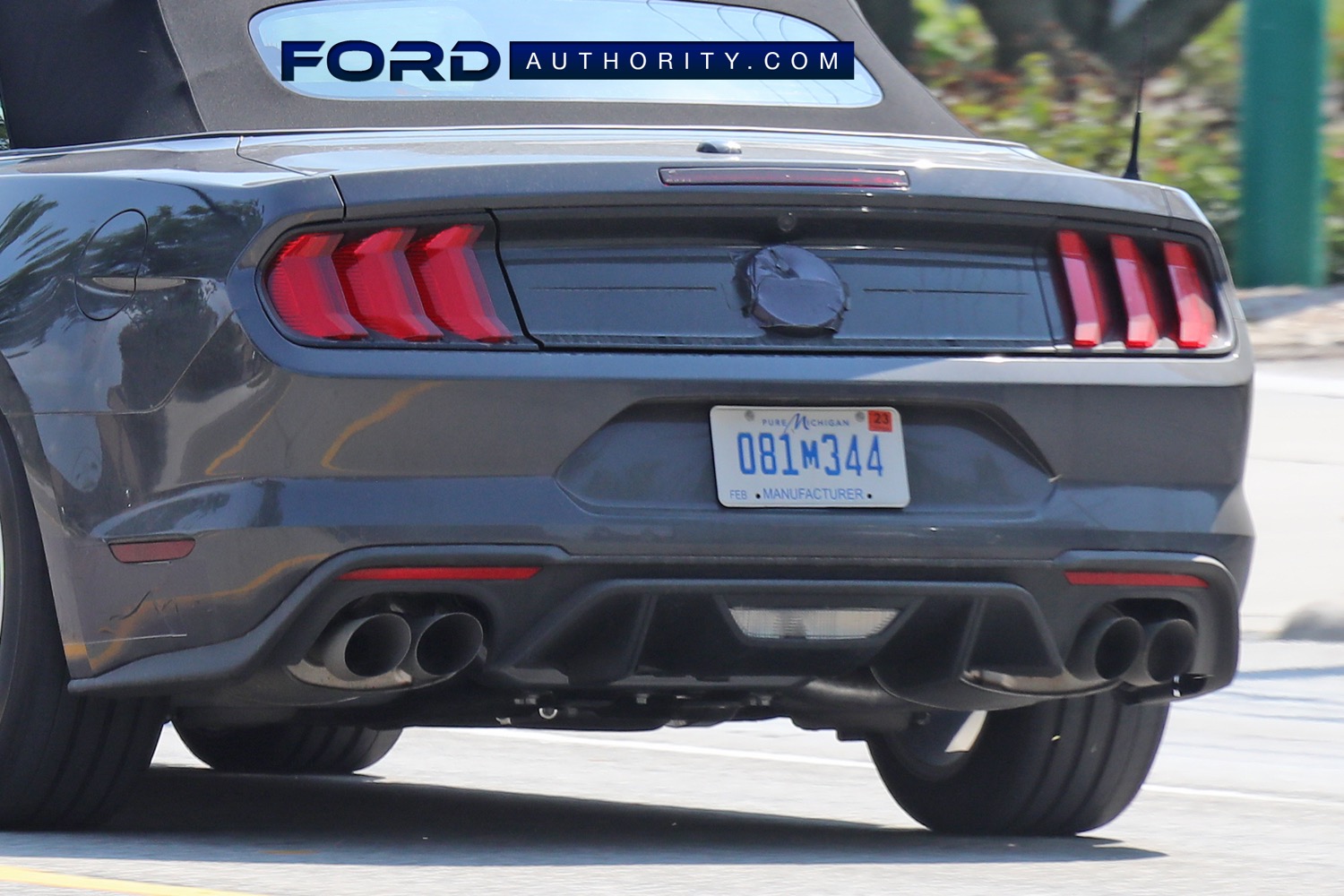 The 2023 Mustang will continue to be built at the Ford Flat Rock Assembly Plant and is expected to have an eight-year life cycle, as Ford Authority reported last August, which would match the lifespan of the current S550 generation.

We’ll have more on the 2022 Mustang California Special soon, so be sure and subscribe to Ford Authority for more Ford Mustang news and 24/7 Ford news coverage.