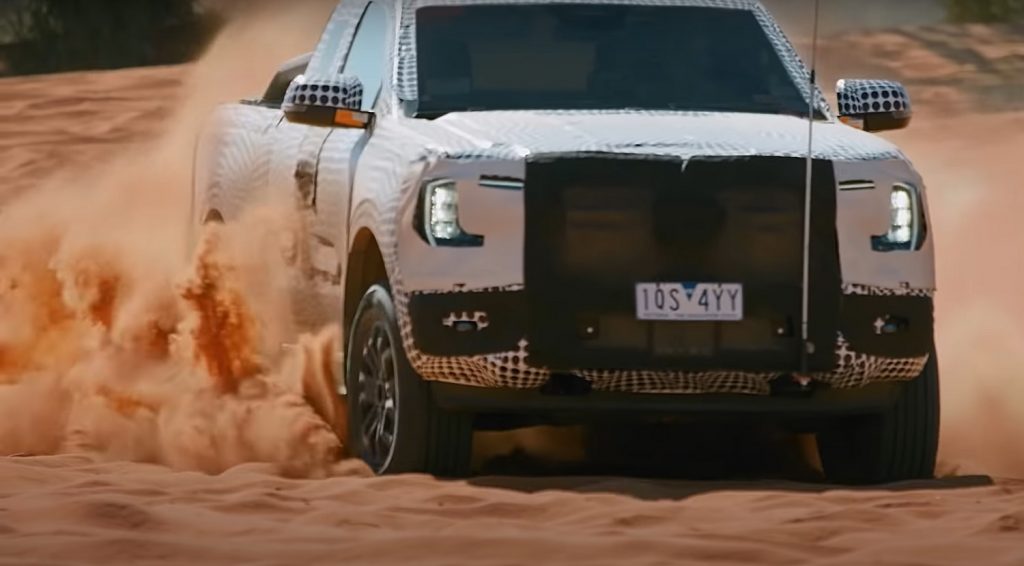 The fact that an all-new Ford Ranger is on the way for the 2023 model year has been one of the worst-kept secrets in the automotive world over the last several months. Ford Authority has reported extensively on the 2023 Ford Ranger over that time, while the automaker itself has been fairly open about the redesigned pickup’s existence, as well as its efforts to remodel the Ford Pacheco Assembly Plant in Argentina to prepare it for 2023 Ranger production. Now, Ford of Europe has released a short video teasing the new pickup for the first time. 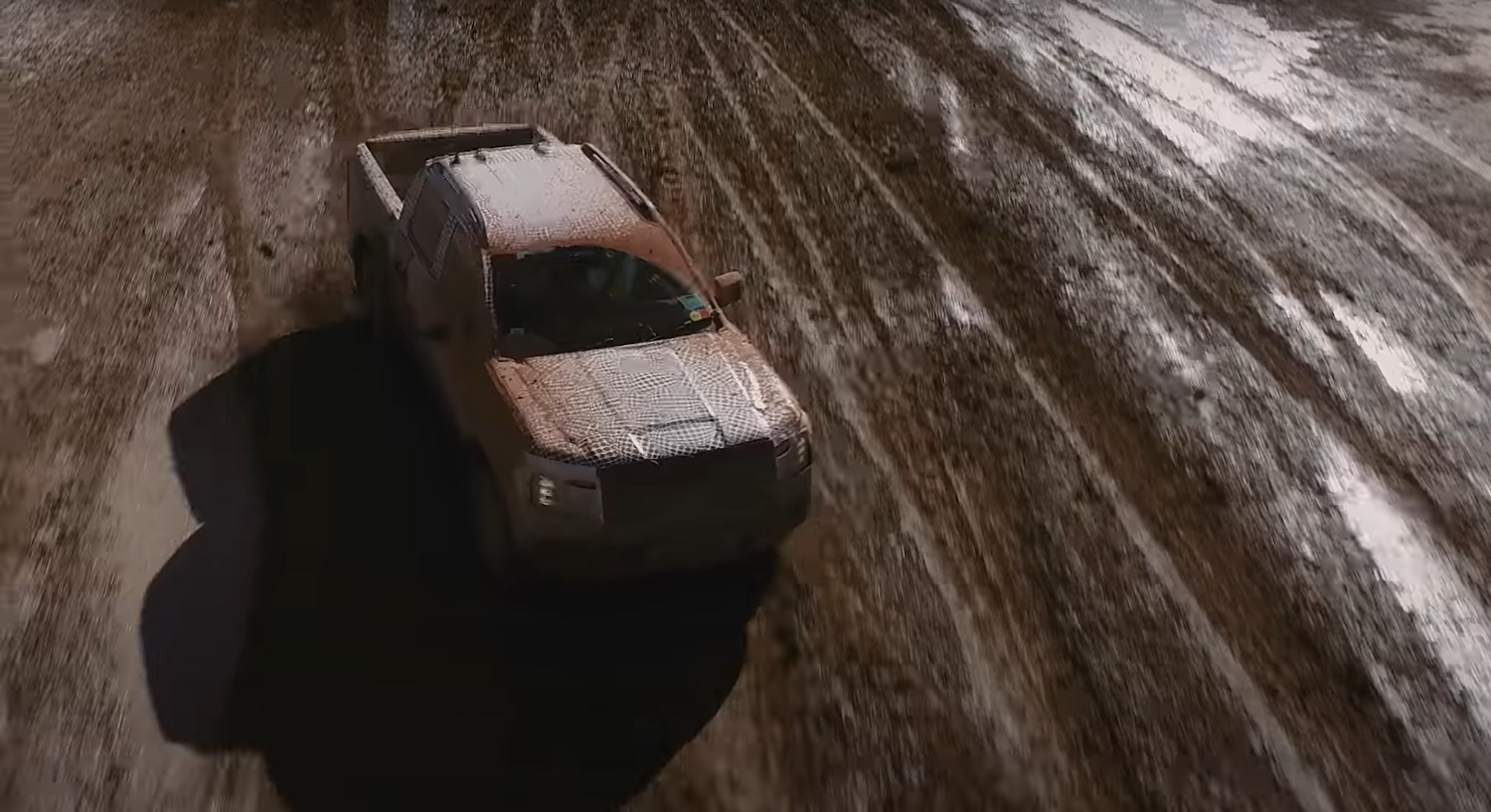 The clip shows a fully camouflaged 2023 Ford Ranger prototype sliding around through the mud, with an interesting Easter egg – a rear sticker that reads “left-hand drive engineering prototype.” The next-gen Ranger prototype then hits the desert, climbing a steep hill and driving along at high speed with a flag attached to its front bumper and a roll bar in the bed. 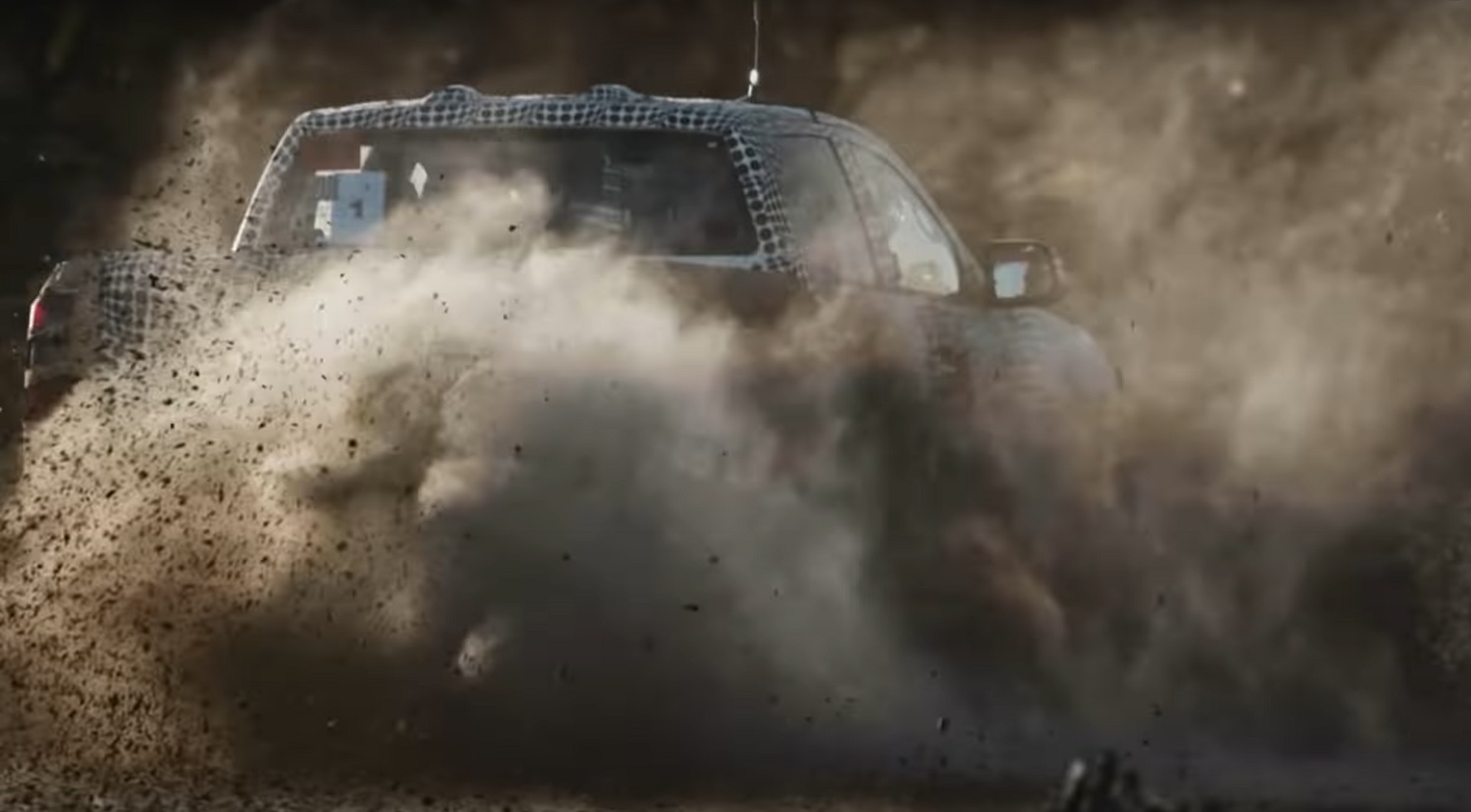 Next, the Ranger struts its stuff climbing up a steep rocky hill and lifting the rear driver’s side wheel off the ground during its descent, showing off some impressive off-road capability. Then it’s off to the snow for a little sliding around before the video wraps up with some more off-road footage. It’s no surprise that Ford has dedicated this entire teaser to showing off the Ranger’s off-road prowess, as the automaker recently revealed to Ford Authority that this is the type of customer the mid-size pickup is being marketed to, which also differentiates it from the new 2022 Ford Maverick. 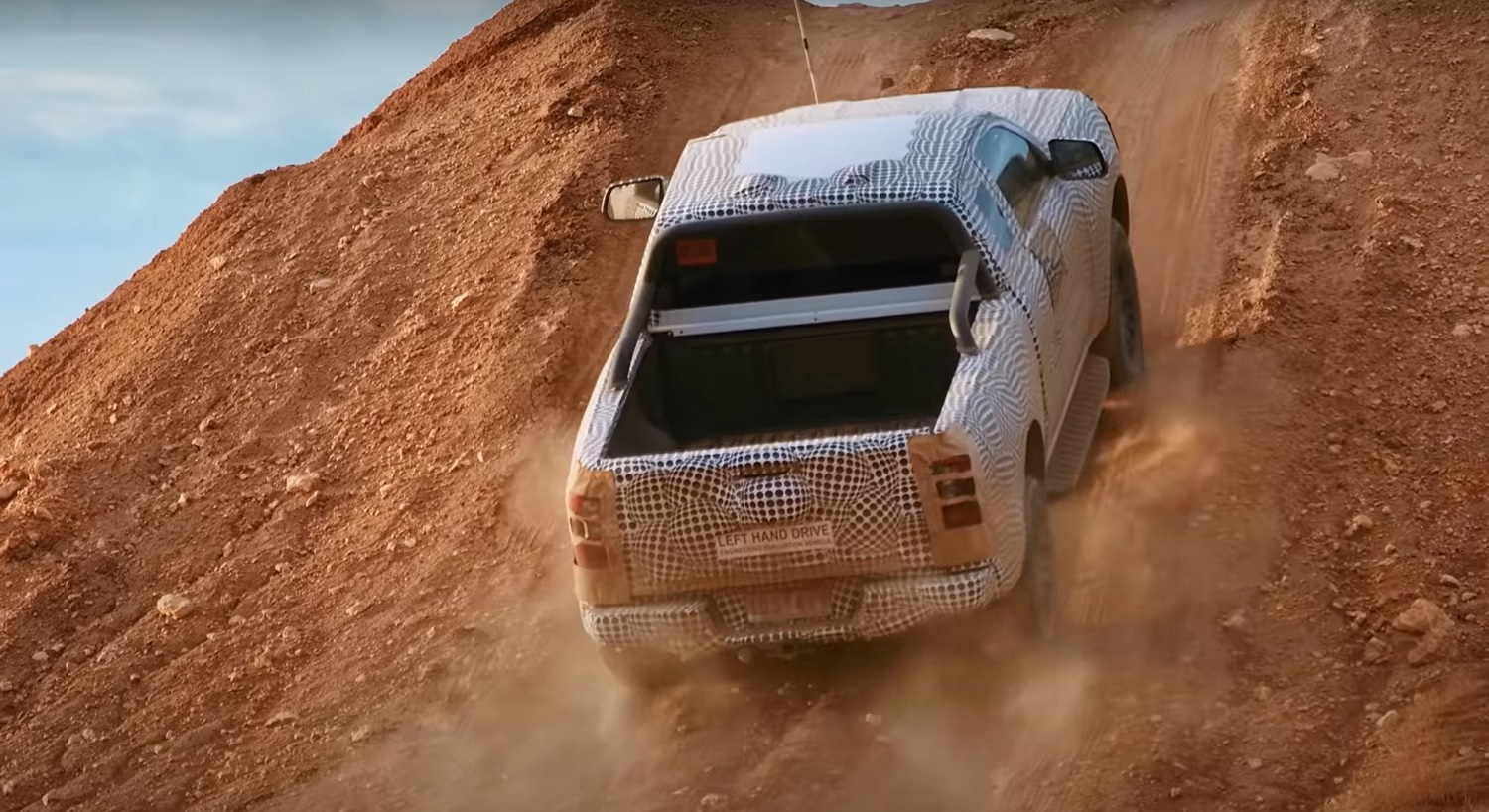 As Ford Authority has reported in recent months, the 2023 Ford Ranger will offer numerous new features, including an available 15.5-inch touchscreen, a new antenna design, and styling that’s more in line with the design language present on the Maverick, Ford F-150, and Ford Super Duty. The new Ranger will continue to ride on Ford’s T6 platform, albeit with some modifications.