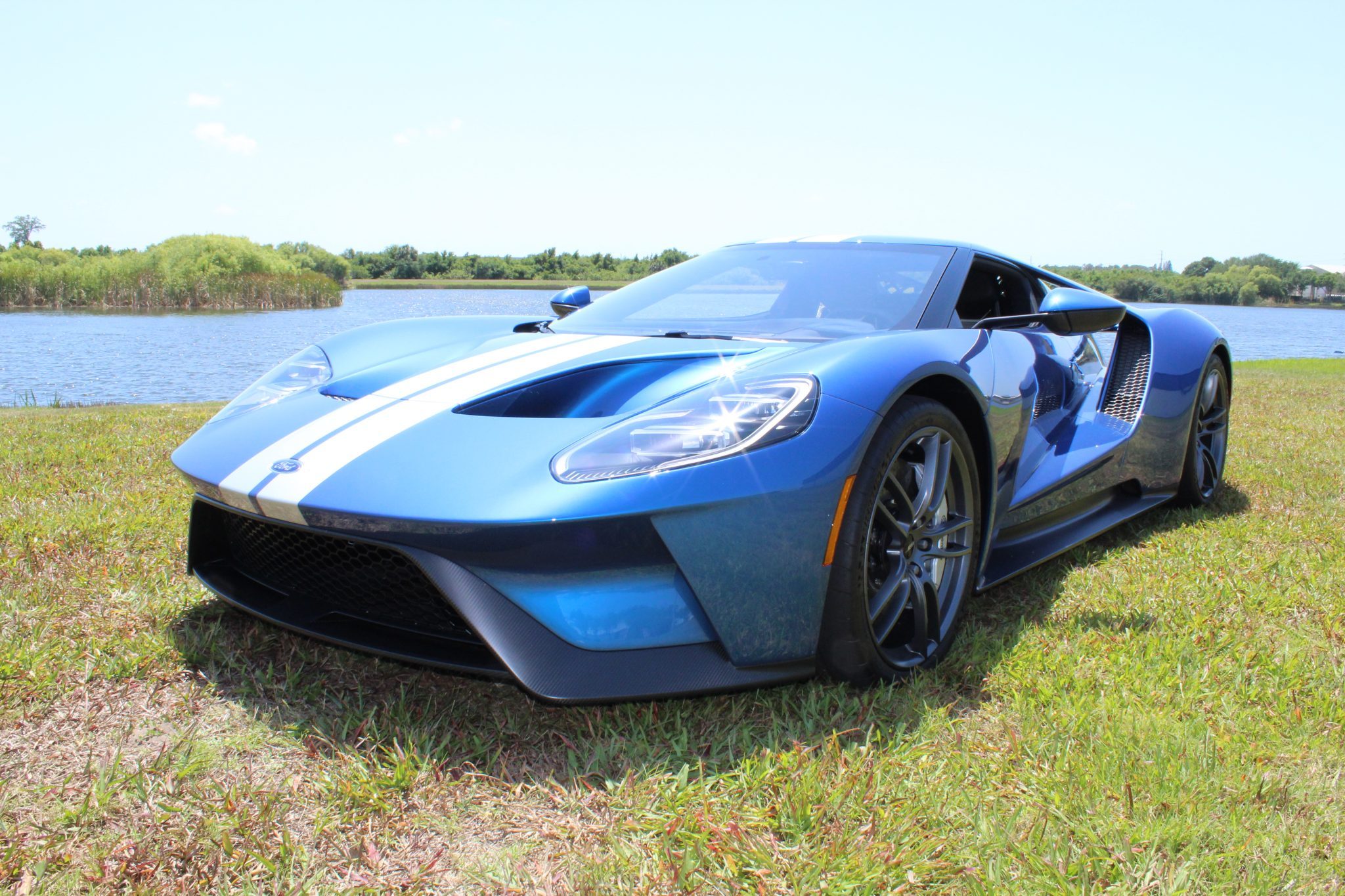 Though the Ford GT already carries a rather significant price tag north of $500k, these cars seemingly only get more valuable on the used car market. We’ve seen a 2018 model go for over one million, a 2019 with a $1.5 million dollar price tag, and of course, the infamous Mansory GT and its $2.2 million dollar asking price. Thus, it really comes as no surprise that this very nice 2017 Ford GT has ignited a bidding war over at Bring a Trailer. 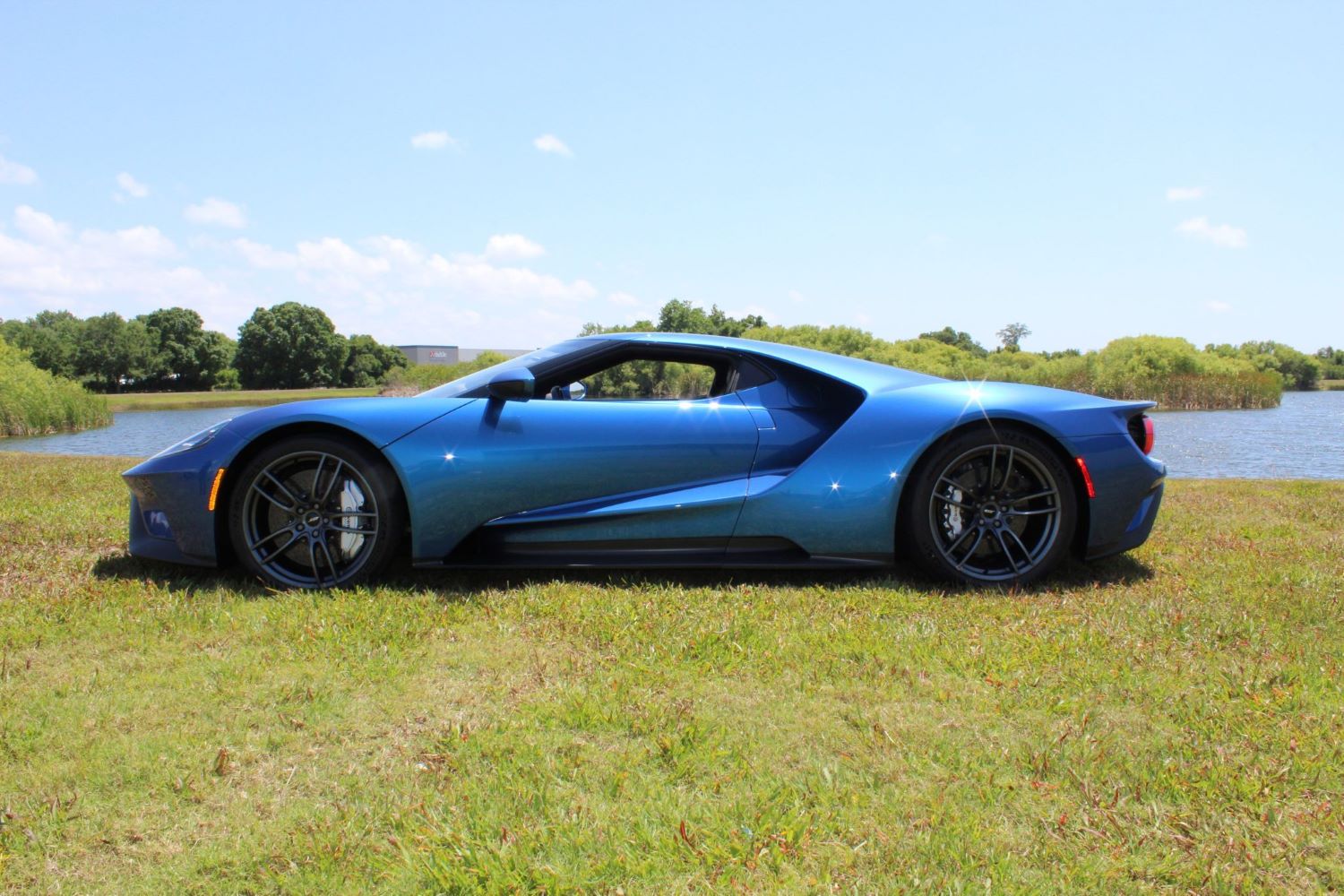 As of this writing, the 2017 Ford GT has been bid up just shy of one million dollars with very little time before the auction ends, so it’s probably a safe bet that it will crest that lofty mark. But with 573 miles on the clock, this one-owner gem is in essentially new condition, which makes it all the more desirable. The wicked-fast sports car also looks pretty excellent finished in its Liquid Blue hue with Ingot Silver stripes. 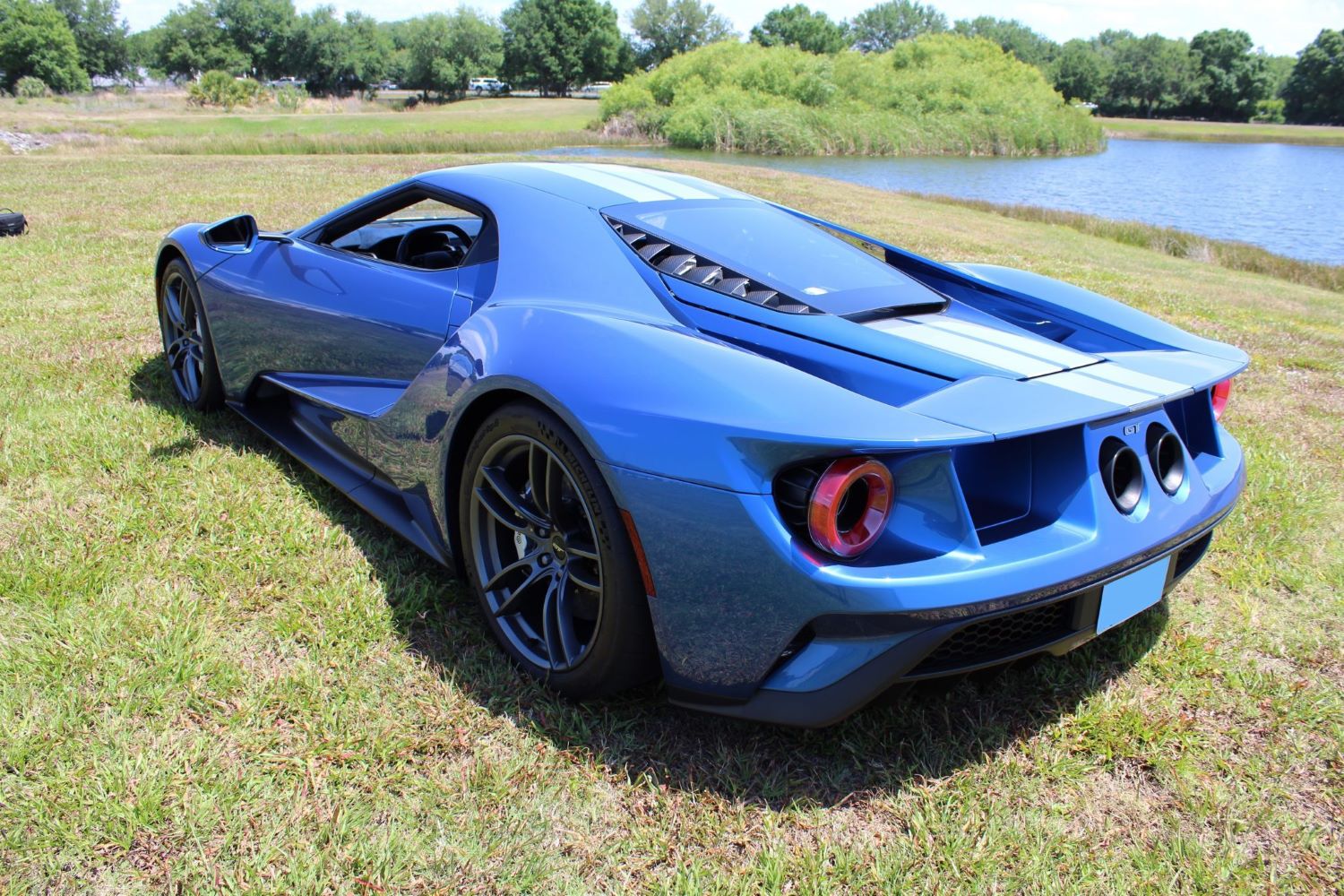 This particular GT has some nice additions as well, including exposed carbon-fiber side skirts, side mirrors, front and rear fascias, and engine bay louvers. The car rolls on a set of forged aluminum 20-inch wheels wrapped with Michelin Pilot Sport Cup 2 tires, which cover up a set of silver Brembo six-piston front calipers and four-piston rears with carbon-ceramic discs measuring in at 15.5-inches in the front and 14.1 inches in the rear. 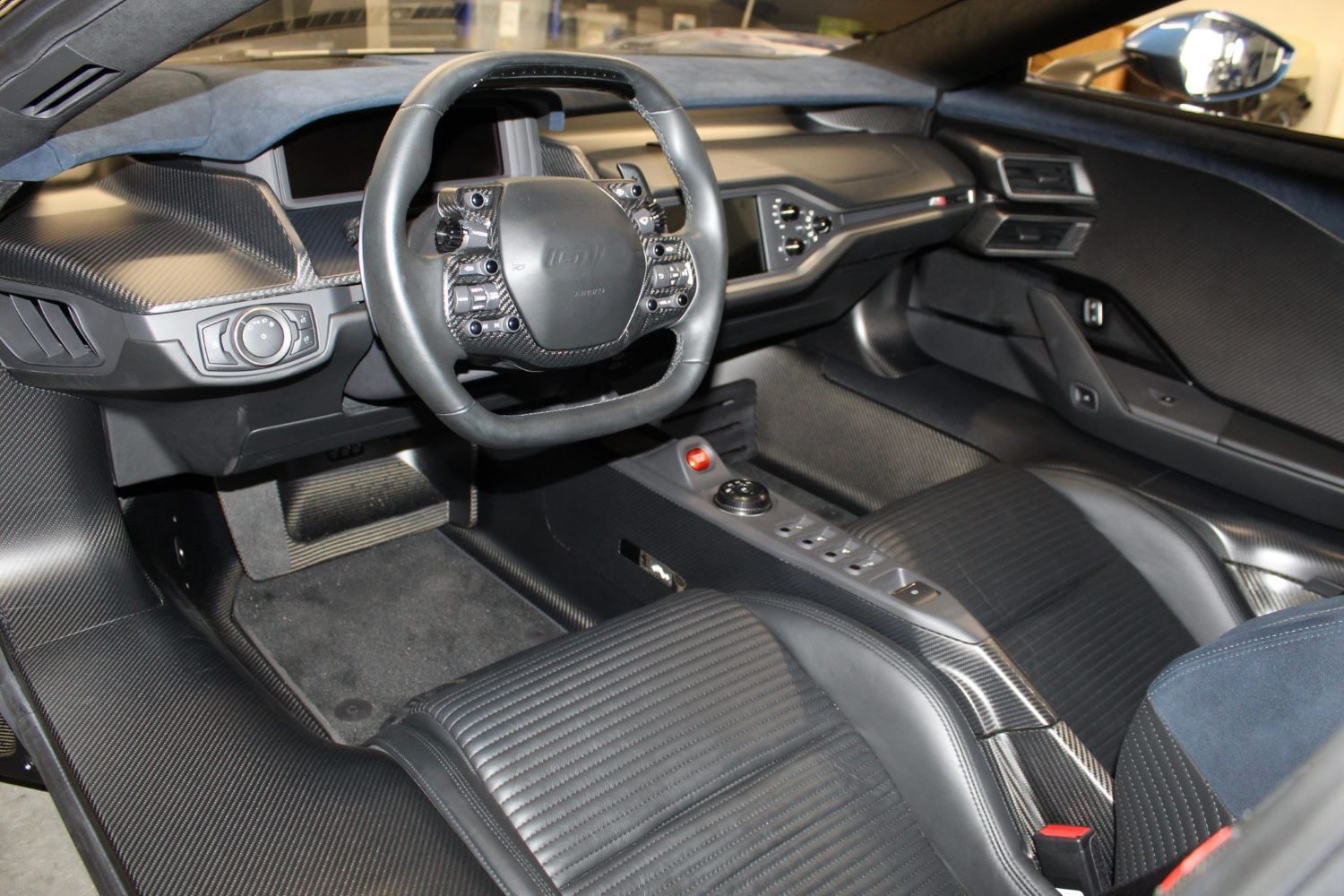 Inside, the GT has been fitted with Ford’s optional Light Speed interior package, along with ebony leather and blue Alcantara, Sparco seats with carbon-fiber shells, an adjustable carbon-fiber pedal box, and exposed carbon-fiber door sills, center console, and dash. As is the case with all GTs, this one is powered by Ford’s twin-turbo 3.5L EcoBoost V6, which is rated to produce 647 horsepower and 550 pound-feet of torque and is mated to a Getrag seven-speed dual-clutch transmission. 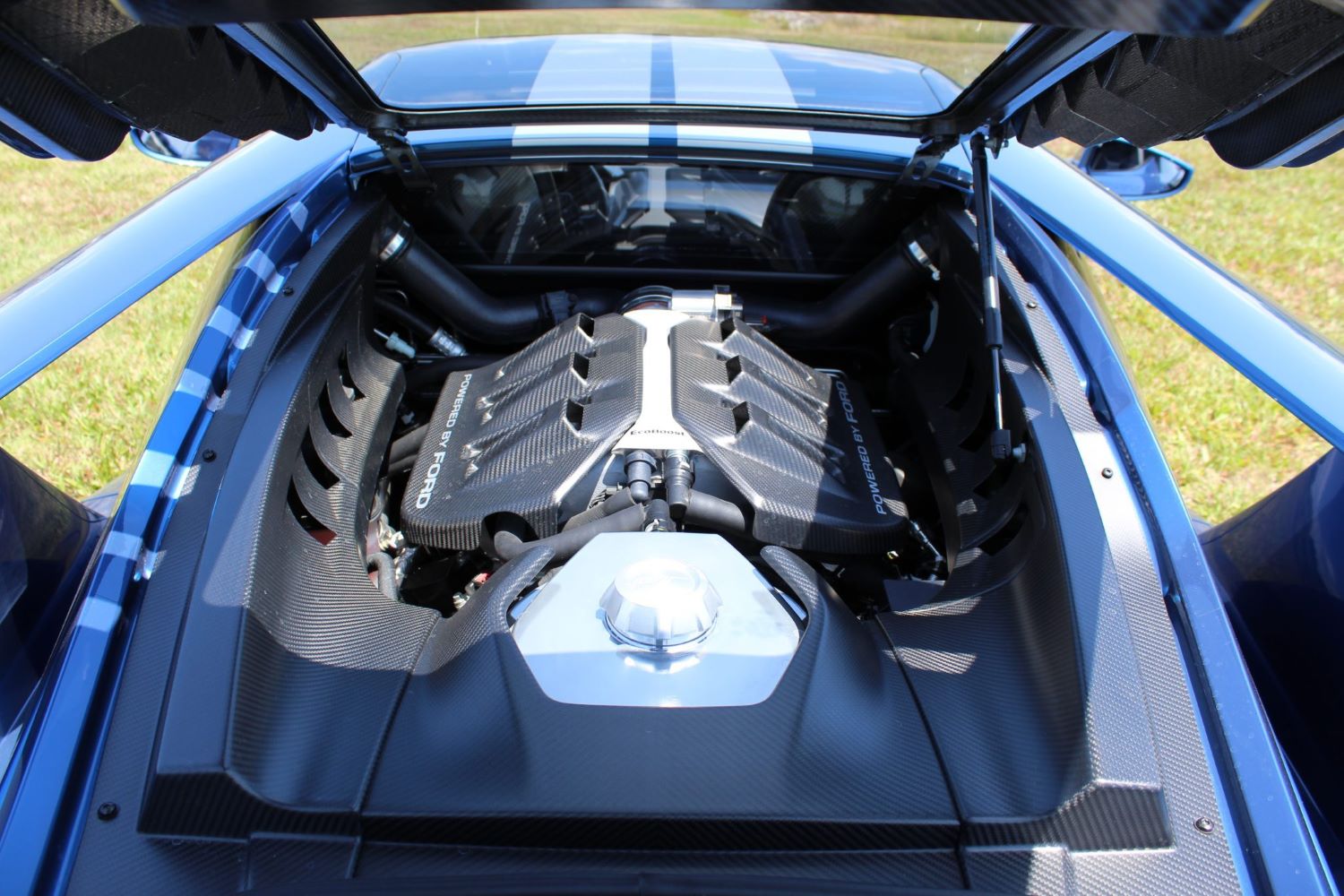 Big money GTs are nothing new these days, and the seller of this 2017 model is already guaranteed to make a healthy profit over the car’s original MSRP of $511,750 – not a bad return on investment after just a few years of ownership.